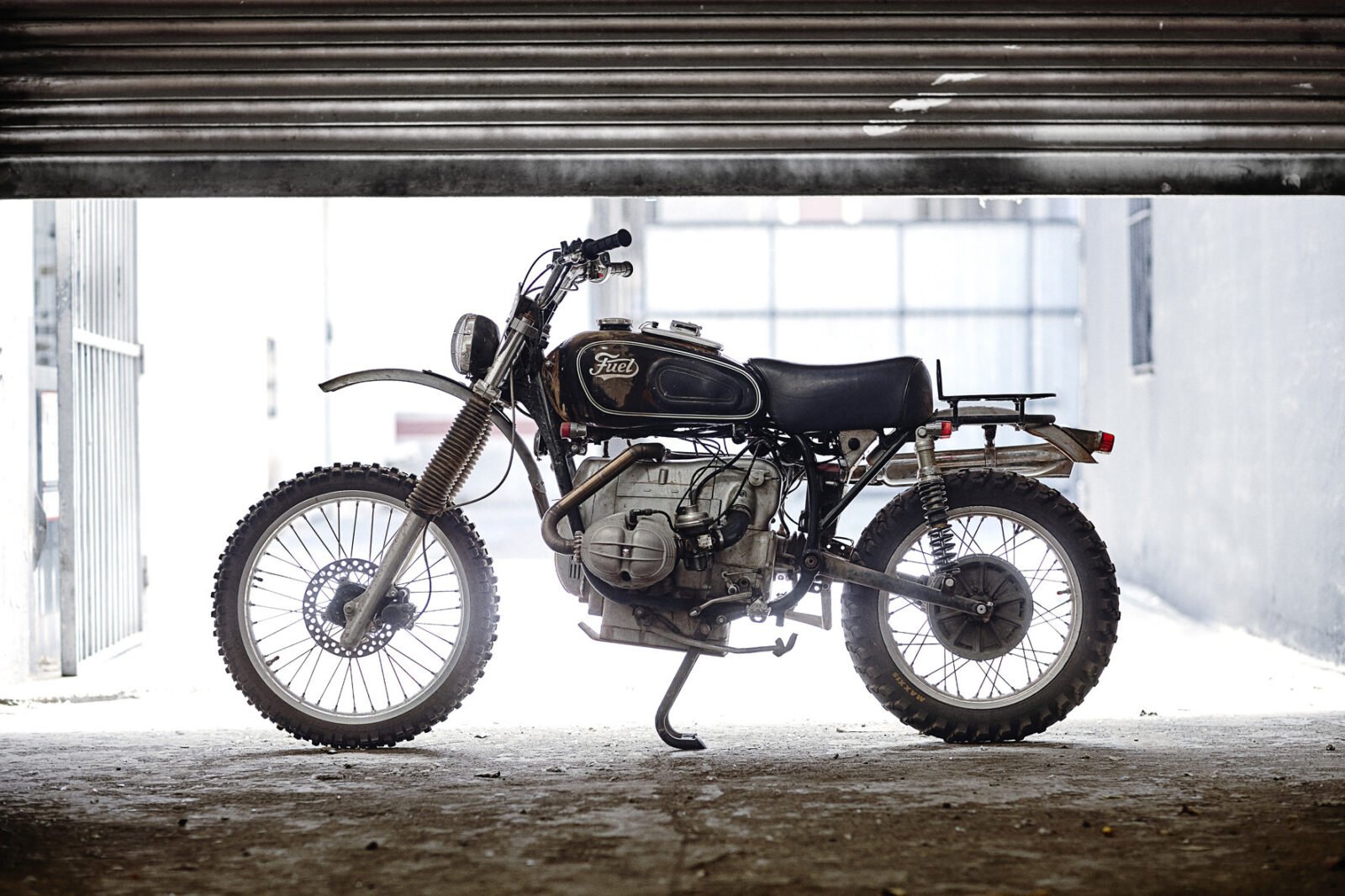 The BMW R100/7 has quickly become a popular target for custom motorcycle builders, largely thanks to its bulletproof 980cc boxer twin, legendary reliability and air-cooled simplicity.

BMW first introduced the R100/7 in 1977 as the new top-of-the-line option for riders who wanted a litre bike capable of long-range touring. The OHV, pushrod twin was capable of 60hp at the rear wheel and 54 ft-lbs of torque, making it ideal for autobahn country hopping.

The highly modified R100/7 you see here was created by Fuel Bespoke Motorcycles based out of Barcelona, it was a commissioned build for a client who wanted to join the Scram Africa – an adventure ride held each year by Fuel in the Sahara.

The team started with a stock BMW R100/7, and the build started as they all do – with a teardown. The front end was removed and replaced with the forks and triple tree from a Suzuki DR650, and the front wheel was replaced with a 21 inch unit better suited to off-road use.

The rear springs were swapped out for a pair of slightly longer Öhlins, and the stock sump was removed and replaced with a thinner custom version that was developed to improve ground clearance. The original fuel tank was then switched for a 17 litre BMW R27 tank, and the seat was created to offer maximum comfort for long hours in the saddle.

In order to improve carrying capacity, a luggage rack was created for the rear to allow the owner to store camping and food supplies for nights in the desert. The team at Fuel then set to work creating a scrambler exhaust capped off with a Ural muffler, a set of enduro handlebars were added and a compass was fixed to the fuel tank to aid in navigation.

Due to unique challenges created by riding in deep sand, a Pirelli Scorpion MX tire was fitted up front and a Maxxis Maxxcross Soft Terrain was fitted in the rear. The original tubes were removed and replaced with a pair of Nuetech Tubliss – allowing much lower tire pressures and subsquently, more traction.

If you’d like to see more from Fuel Bespoke Motorcycles or learn more about Scram Africa, you can click here. 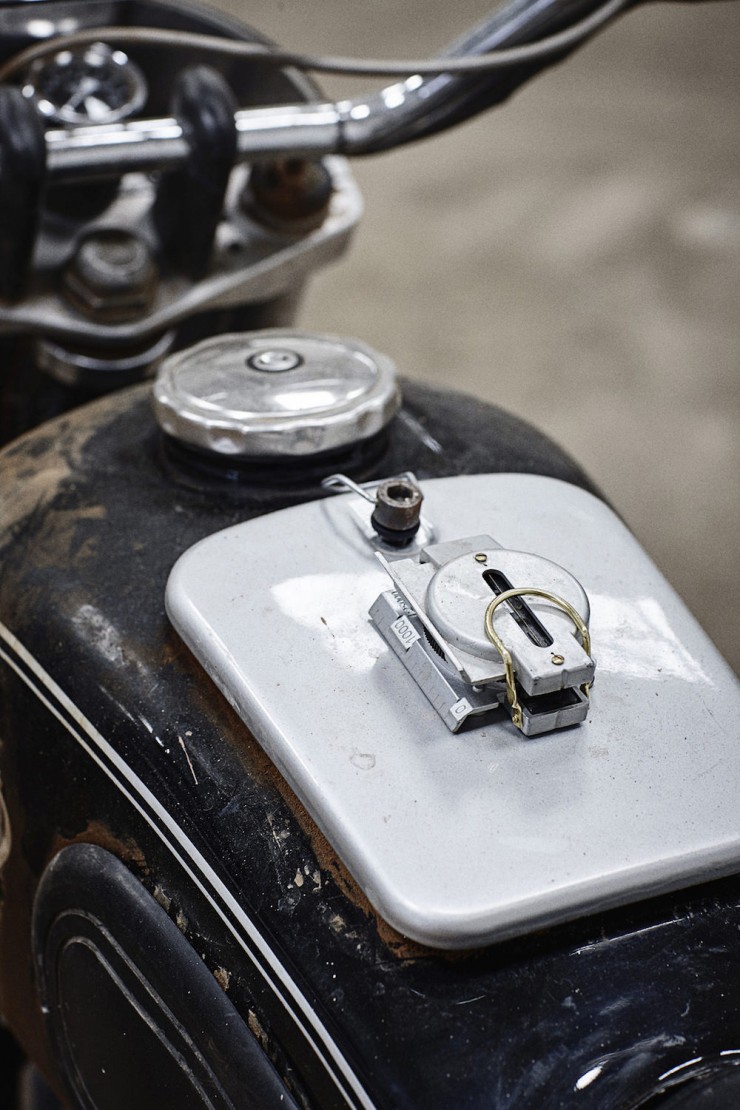 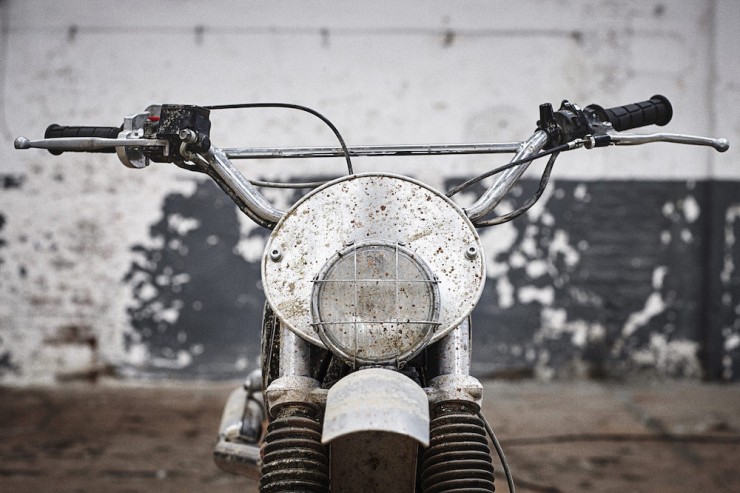 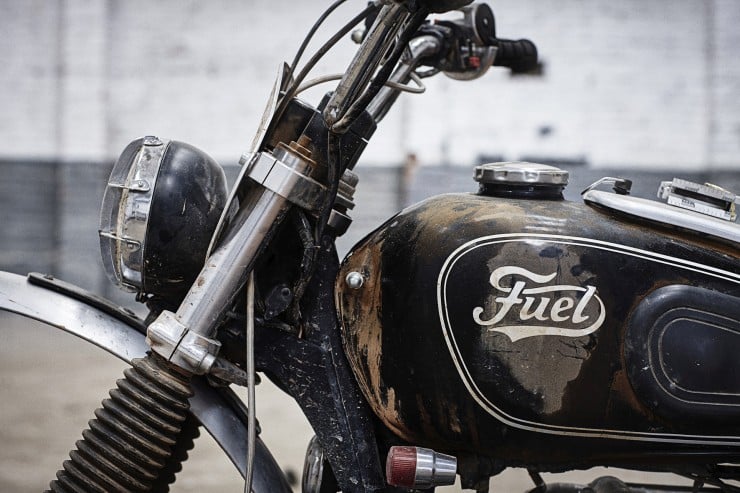 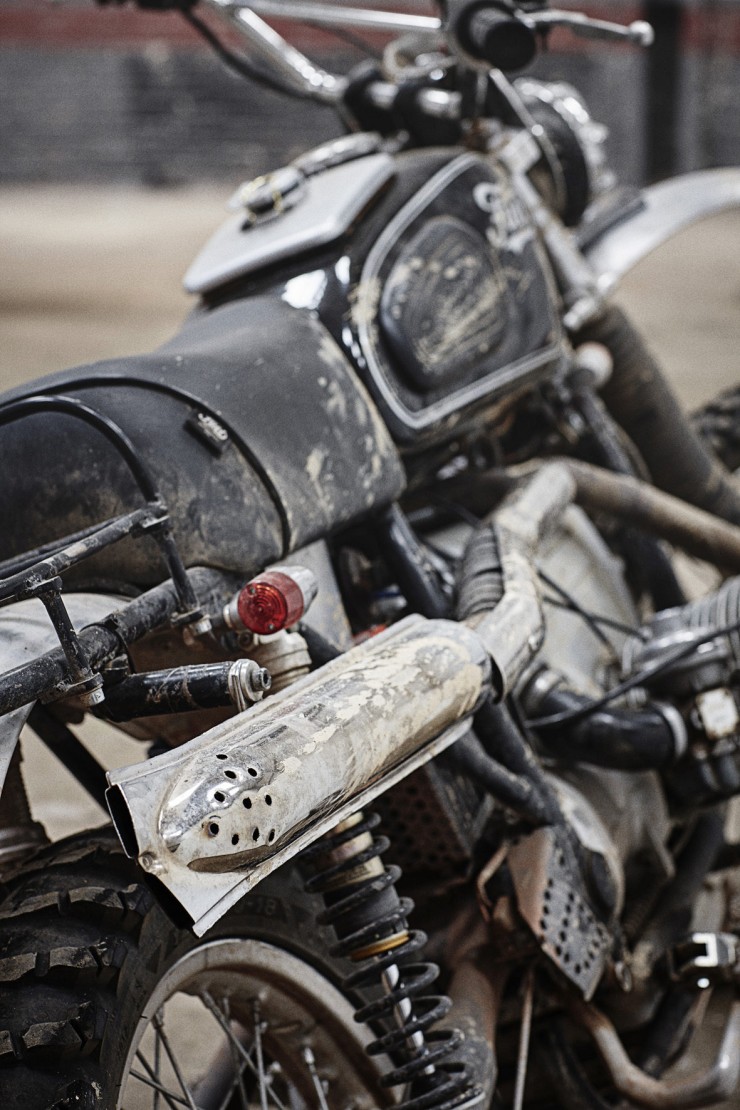 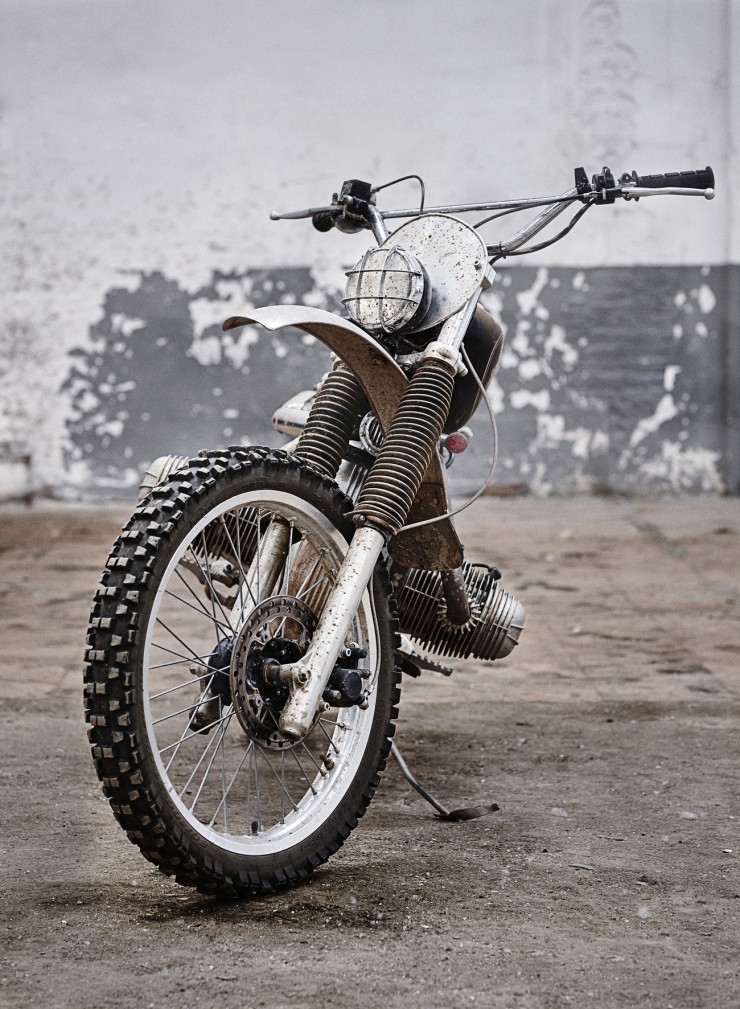 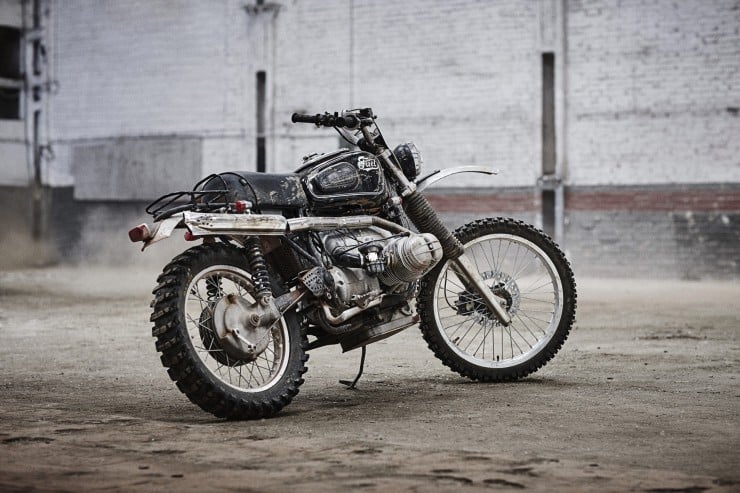 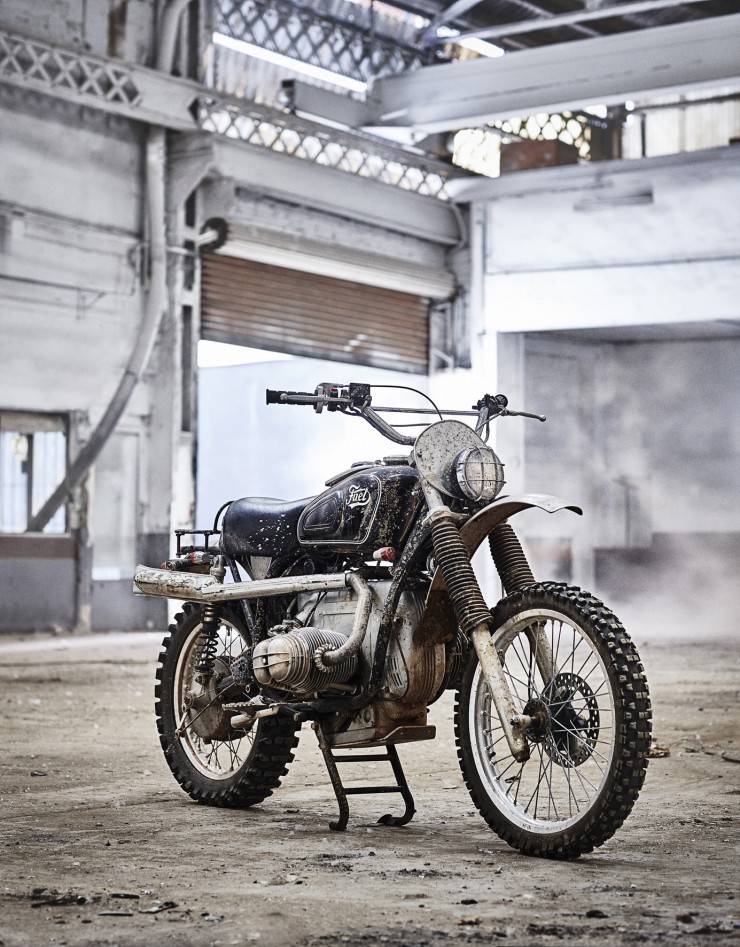 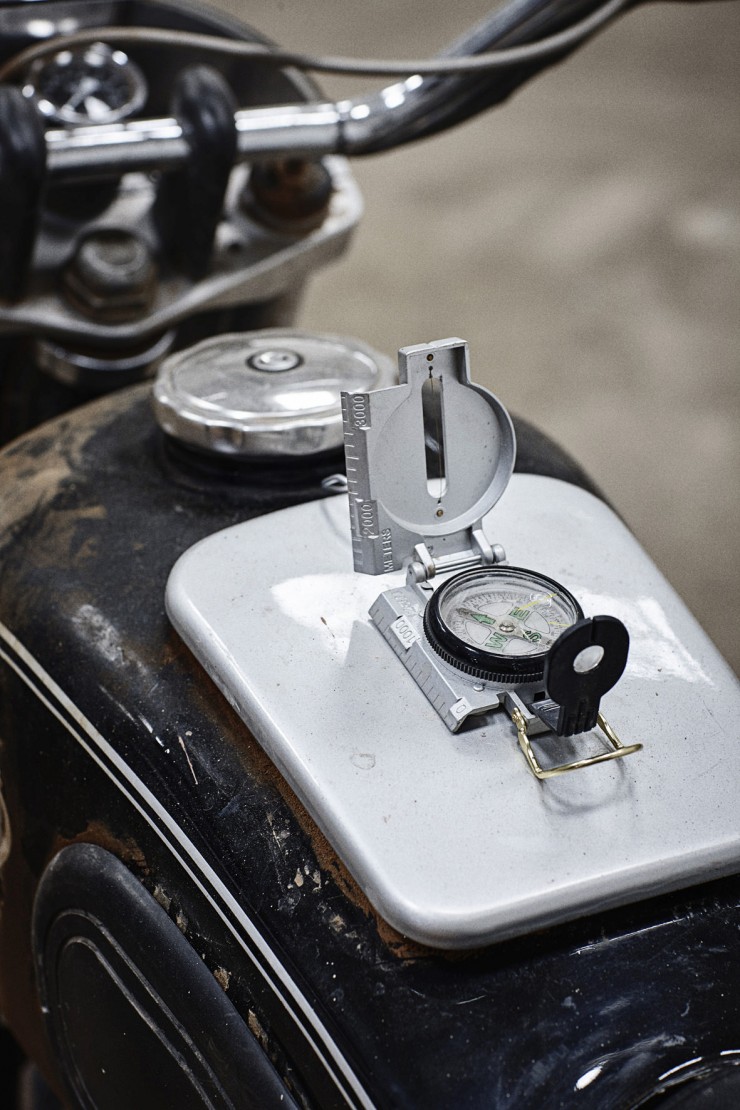 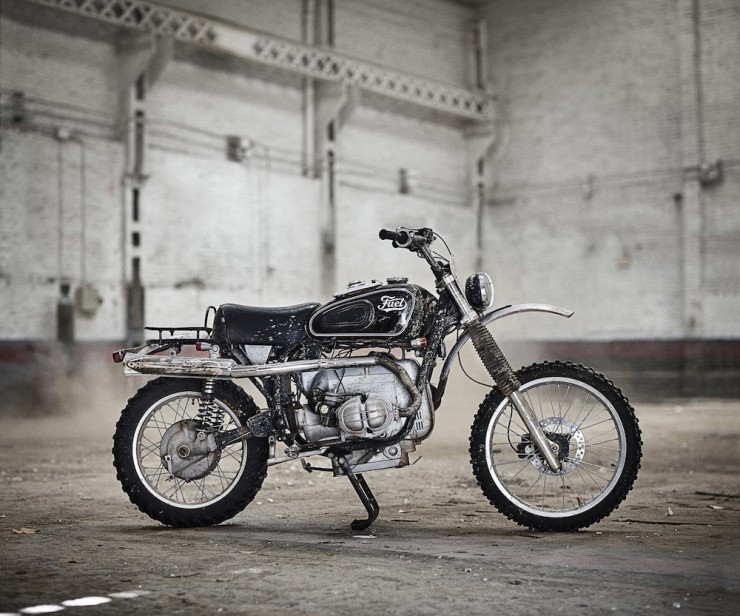 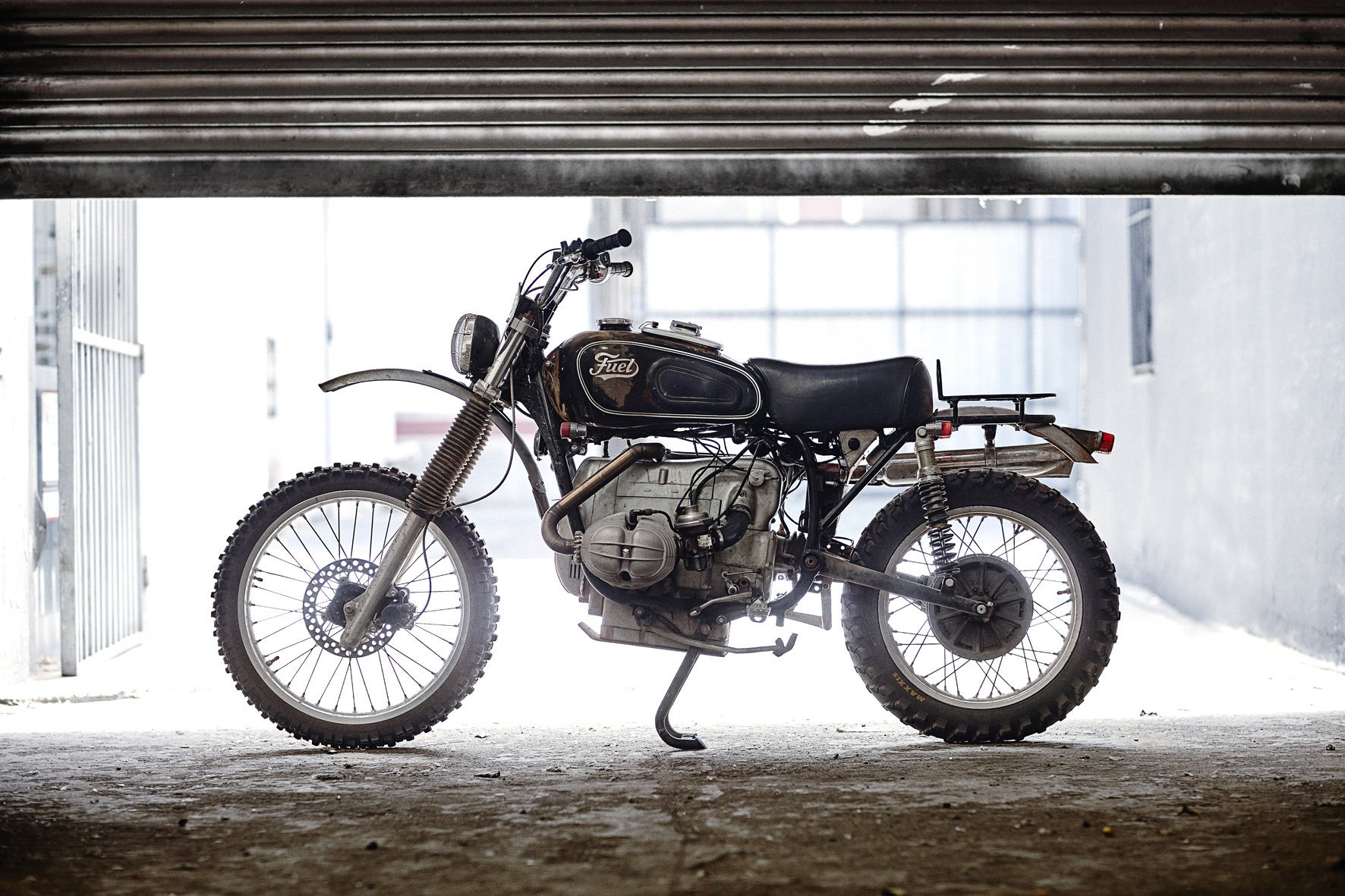