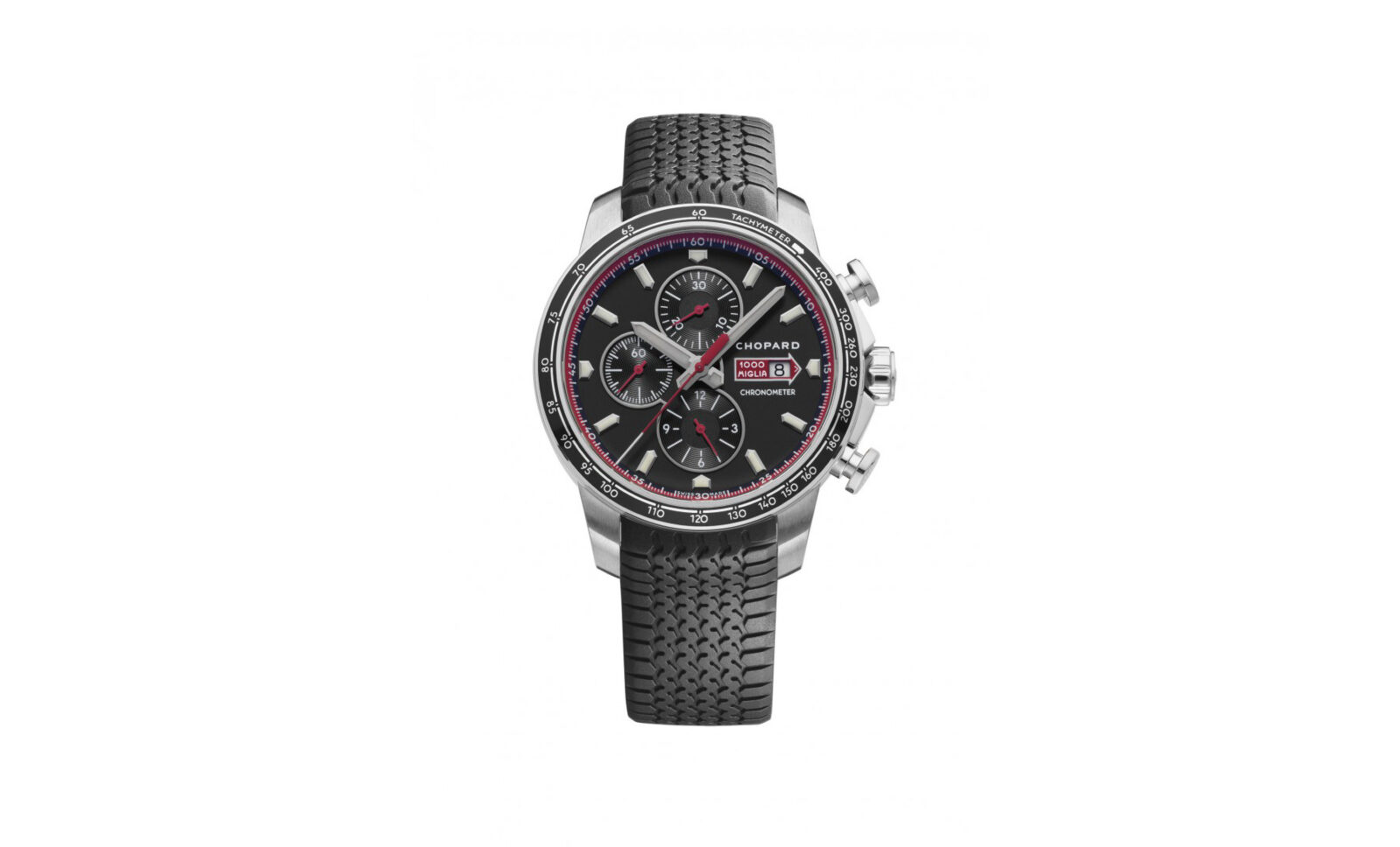 The Chopard Mille Miglia GTS Chronograph was designed to evoke the style and spirit of Italy’s most famous road race, the 1000 mile Mille Miglia. The chronograph pushers are both modelled on pistons, the strap has the tread pattern from a classic racing tire and the iconic Mille Miglia “red arrow” sign sits over the date window.

The GTS Chronograph has a self-winding movement and the chronometer is certified by the COSC. It displays the hours, minutes and date, along with a 12-hour counter at 6 o’clock, small seconds at 9 o’clock and a 30-minute counter at 12 o’clock. 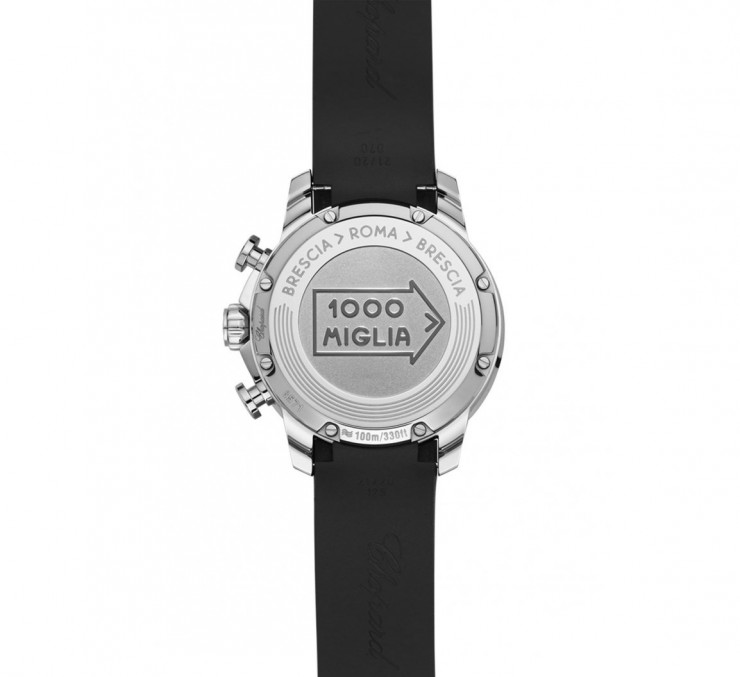 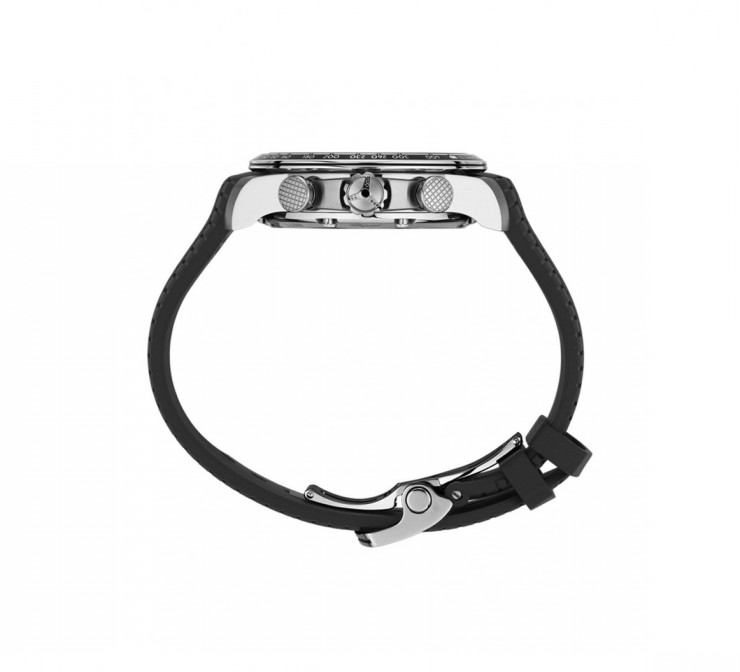