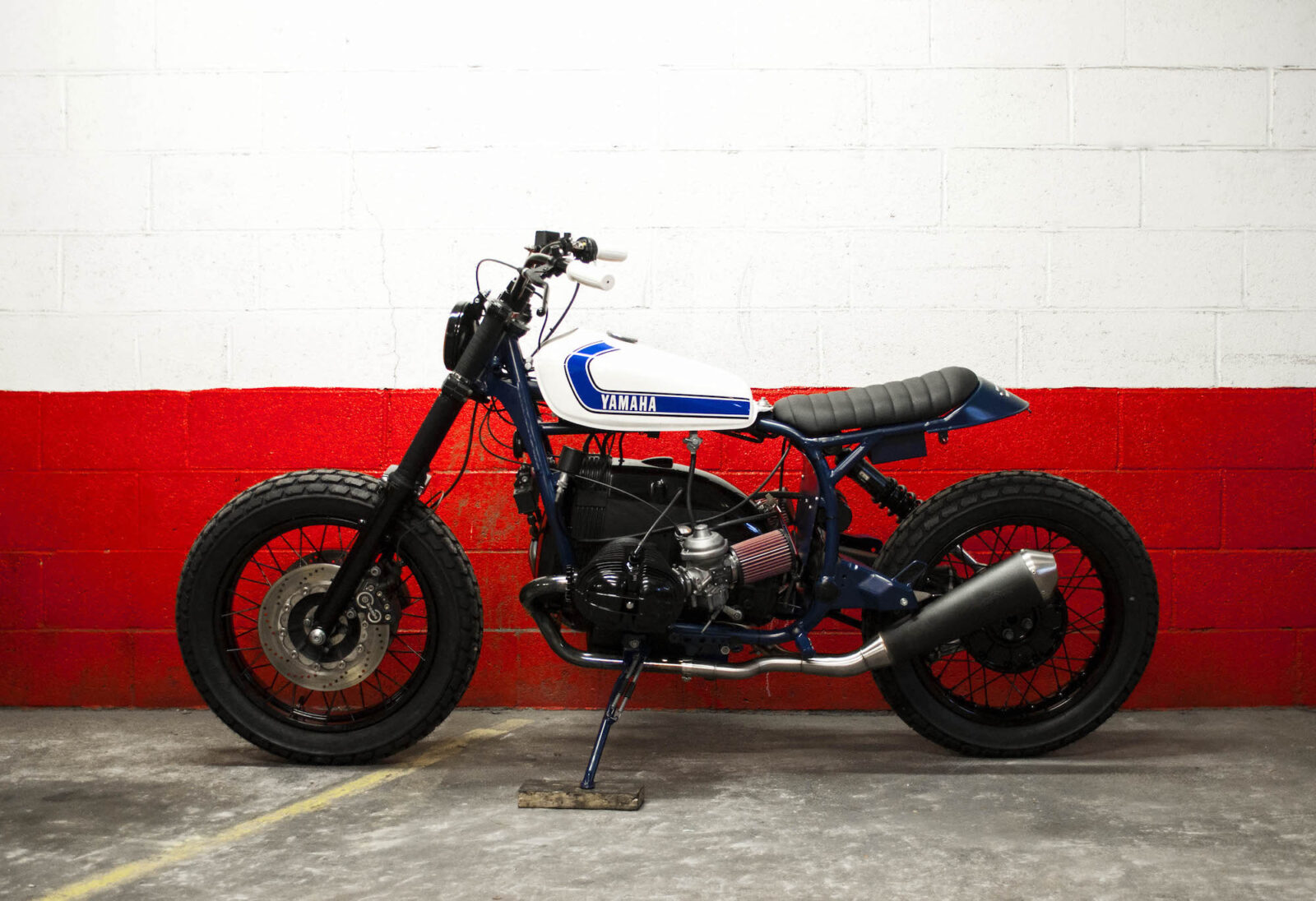 The BMW R 100R was a bit of a precursor of the modern trend towards retro motorcycles. It was released in 1991 and sold until 1996, unlike the other bikes in the BMW stable it made no real attempt at being modern.

BMW targeted the R 100R at an older generation who remembered the heady days of the original BMW airheads. In some respects, the R 100R was the finest iteration of the air-cooled boxer twin. It was furnished with front and rear Showa suspension, Brembo brakes, a pair of 40mm Bing carburettors, and a single-sided swing arm.

The relatively recent production date of the model has led to it becoming popular with custom bike builders who want a simple air-cooled engine that’s just 20 or so years old – as opposed to 30 or 40. The example you see here has just been through a full rebuild with the team at Blitz Motorcycles in France after the owner wrote it off in an off-road motorcycling accident.

To be fair to the owner, he had already planned on sending it to Blitz, but he managed to bang it into something first. When it did arrive at the Blitz garage the forks were bent beyond repair but the frame was straight and the engine wasn’t damaged, so the bones were good for a rebuild.

Due to the owner’s obvious interest in off-road riding, the team at Blitz decided to build it into a bike more capable of trail bashing. They rebuilt the top end of the engine, added pod filters to the Bings and rejetted them to match, then added a new Hattech 2 into 1 exhaust and added a muffler on the left side.

Vintage Triumph handlebars, a new seat and new Dunlop K180 flat track tires were added on new wheels, Blitz found a NOS Yamaha DT125 fuel tank and modified it to fit, then added a new wiring loom and a set of their own stainless steel mini switches.

The completed bike is an excellent example of the style of Blitz Motorcycles, it’s a little bit irreverent in all the right ways and looks like it’d be a hell of a lot of fun to ride. If you’d like to see more from Blitz you can click here to visit their official website. 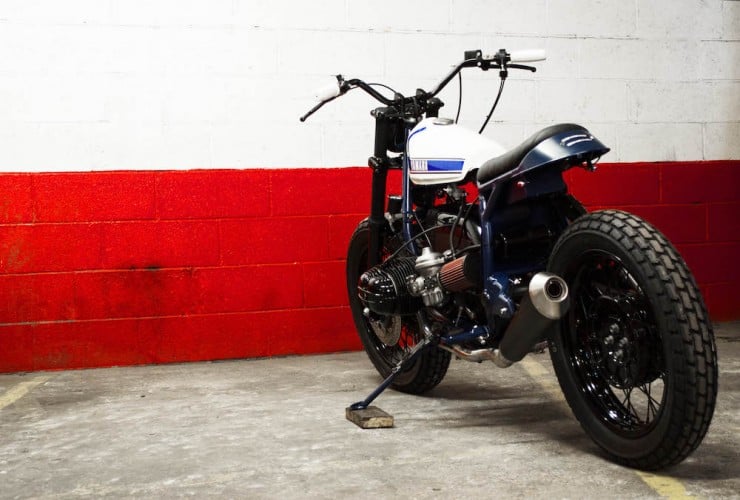 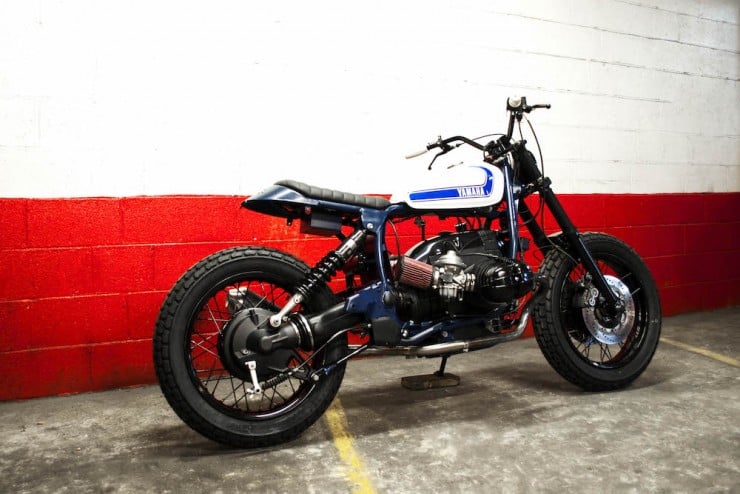 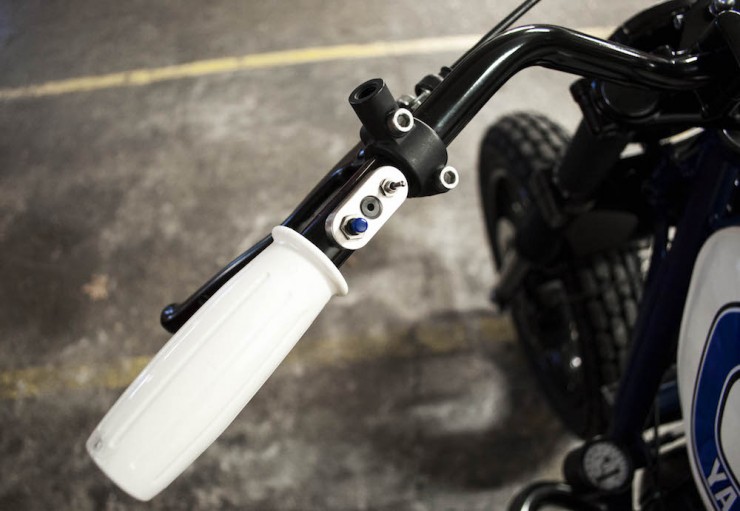 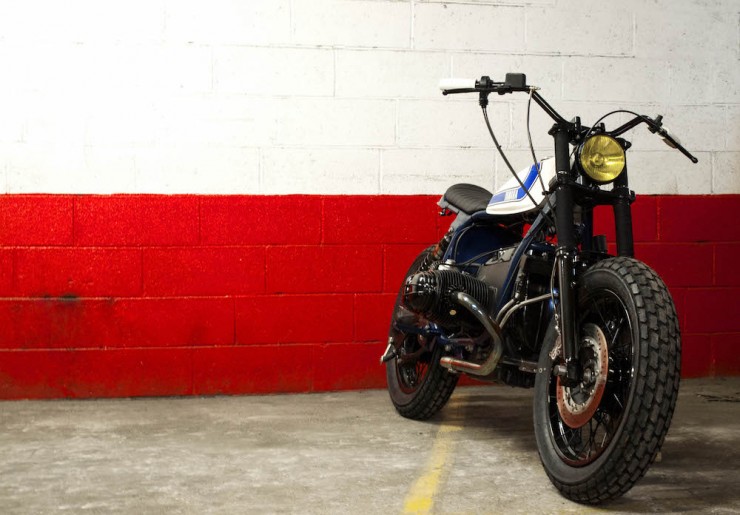 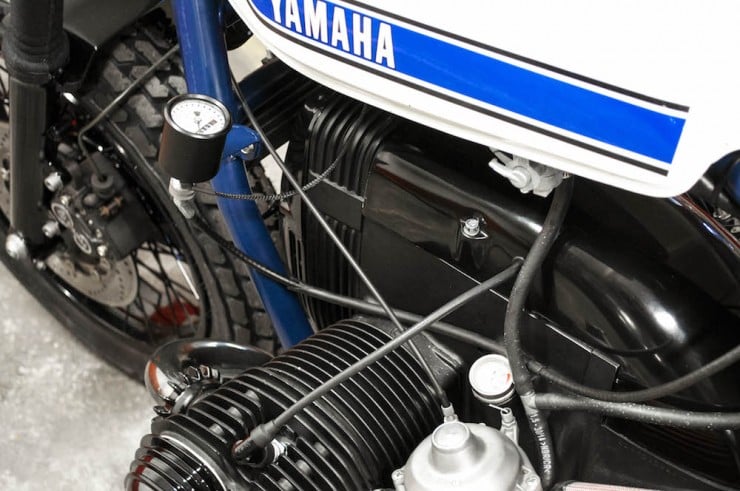 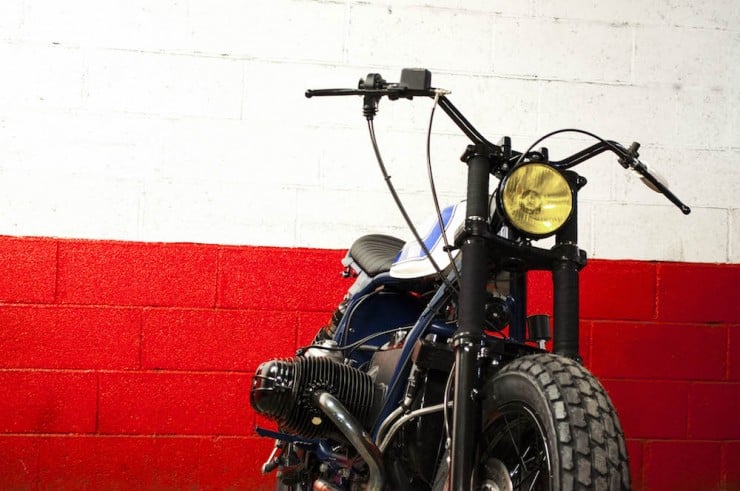 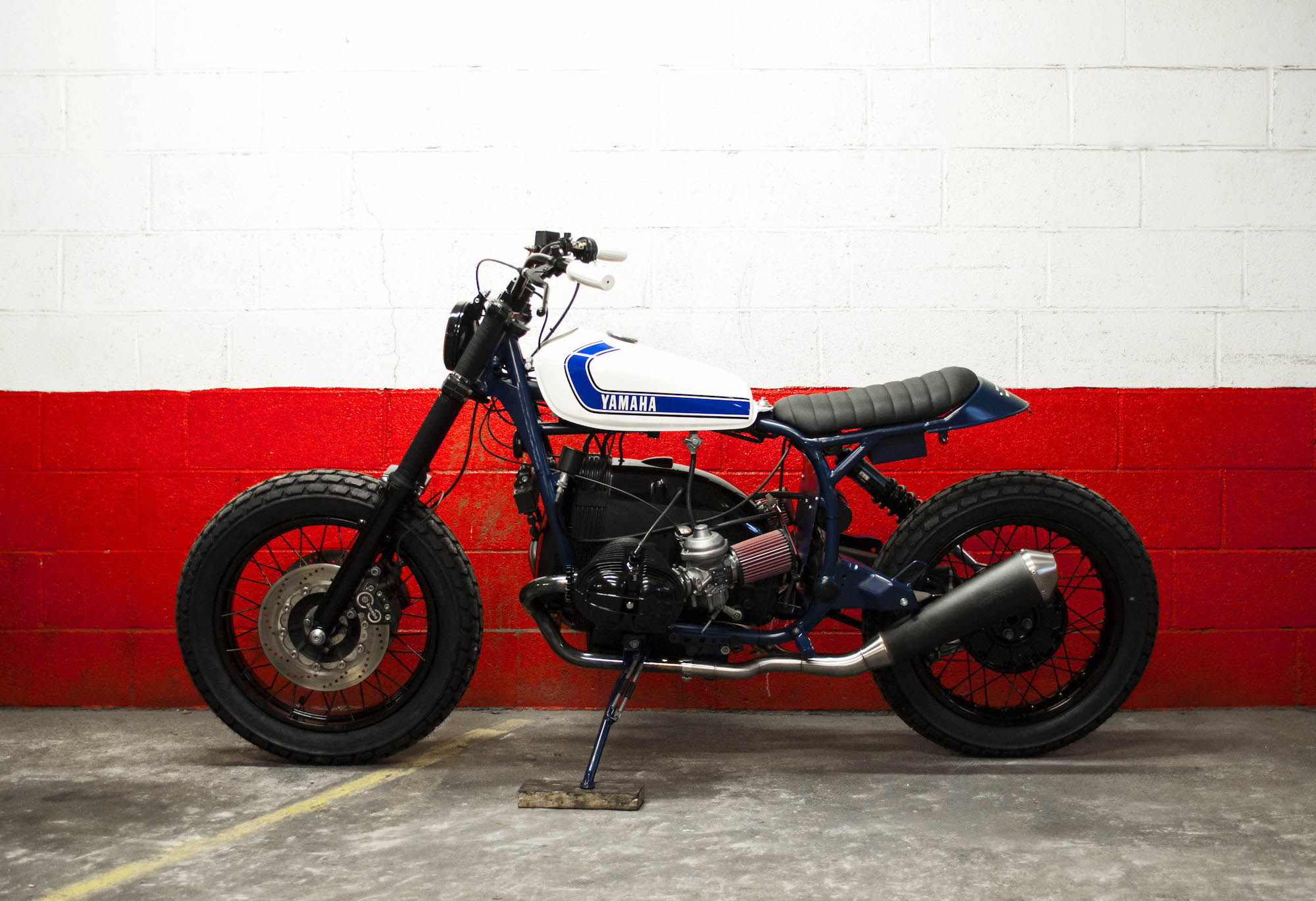