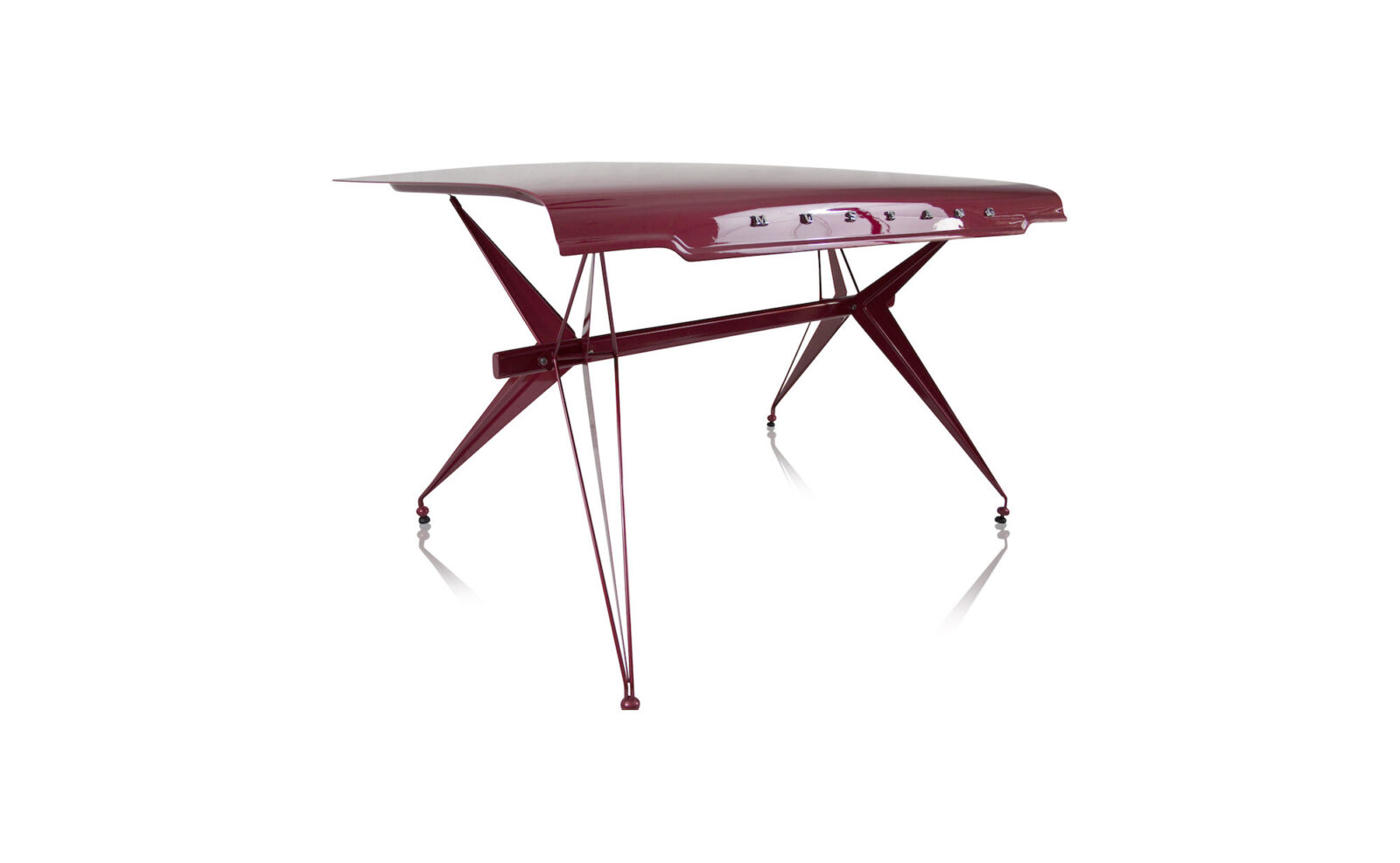 Unibro Design is a boutique company based in Austria that specialises in upcycling vintage car parts into designer furniture. This is their 1967 Ford Mustang Desk, it uses the boot lid of a ’67 notchback with a custom set of legs to create an eye-catching desk for home or office use.

The desk has four adjustable legs, the original chrome Mustang lettering, and it’s all finished off in metallic burgundy. Unibro Design ships their products across Europe and around the world, and if you see something you like in their catalogue that’s already sold – they can make another identical example in the colour of your choice. 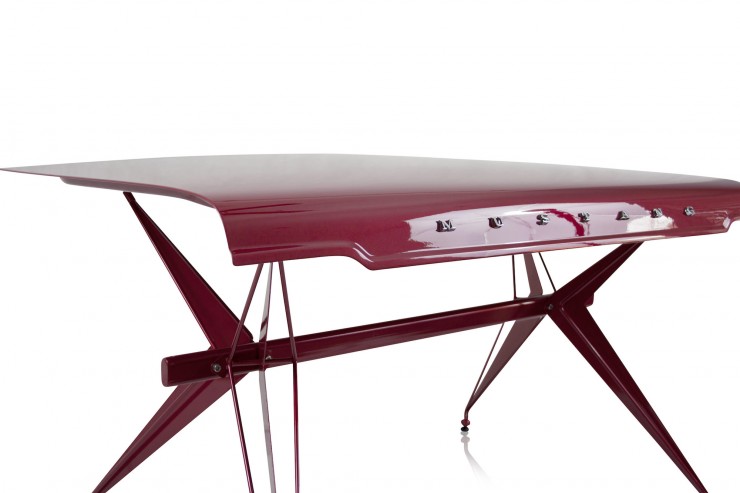 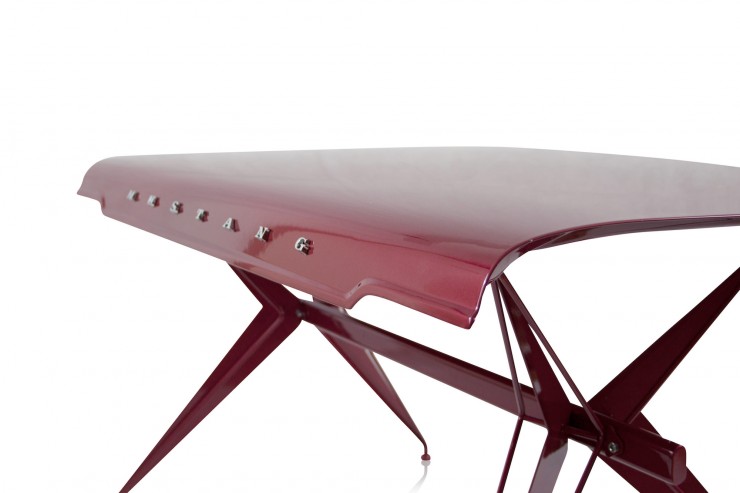 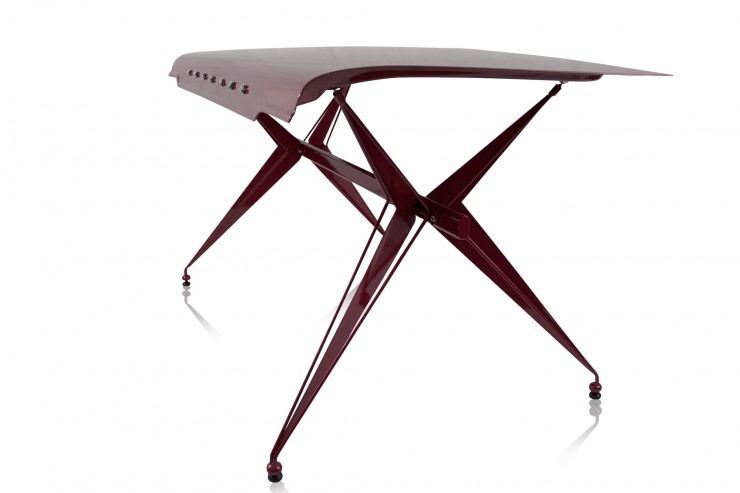 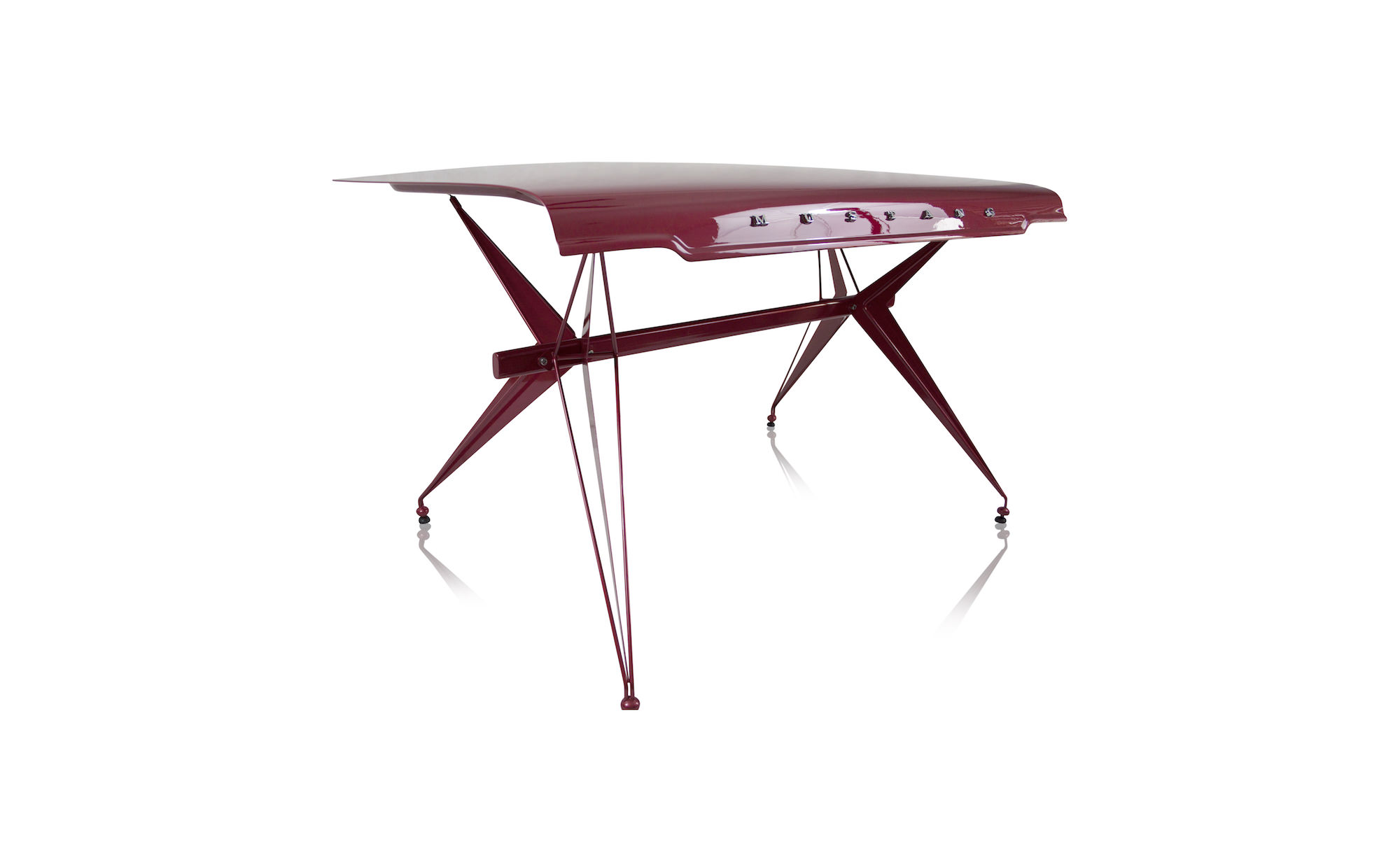