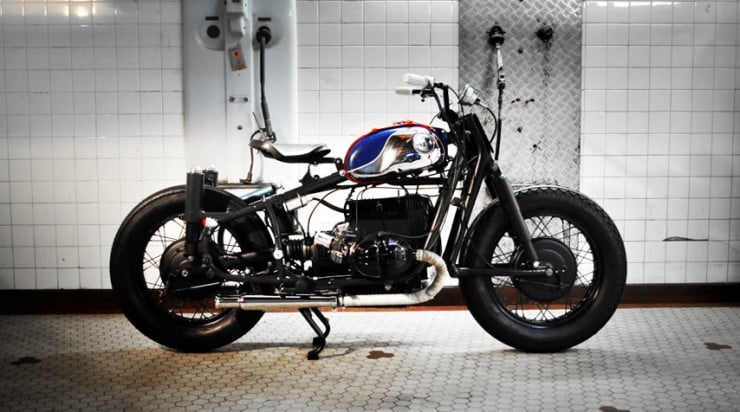 This new BMW Custom by Blitz Motorcycles has been called the “French Bobber” and very much in the style of the team at Blitz – it looks like something that’ll make the purists wail, gnash their teeth and don garments of sackcloth.

Interestingly, the bike started life as 3 separate motorcycles – a BMW R80/7, a R60/2 BMW and a little bit of BSA A7. The engine from the BMW R80/7 was carefully placed into the frame of the BMW R60/2 and the BSA A7 scarified its gas tank.

The frame and suspension from the R60/2 are always quite eye catching, the bikes utilises front and rear swing-arms with oil-pressure shock absorbers giving it an unusual profile and non-traditional handling characteristics.

That R80/7 engine is an 800cc boxer, airhead twin, up 200cc on the 600cc unit that originally came in the R60 models – giving the French Bobber a nice little power boost. The engine breathes through ‘lightly filtered’ velocity stacks and sends the carbon out via twin exhaust pipes with a little muffling to keep the neighbours happy.

If you’d like to take a closer look at the French Bobber or see some of the other work from Blitz Motorcycles you can click here. 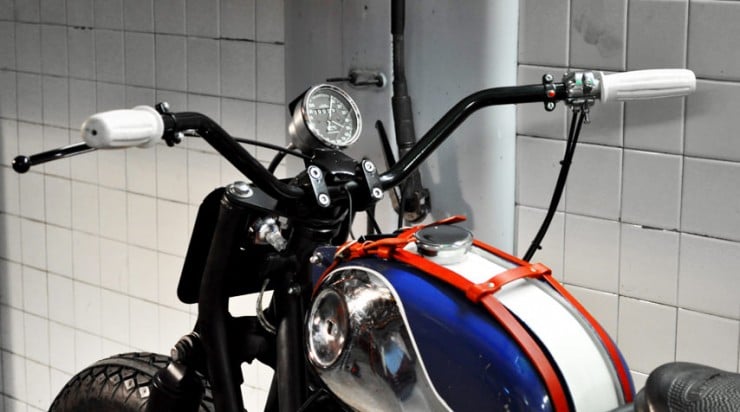 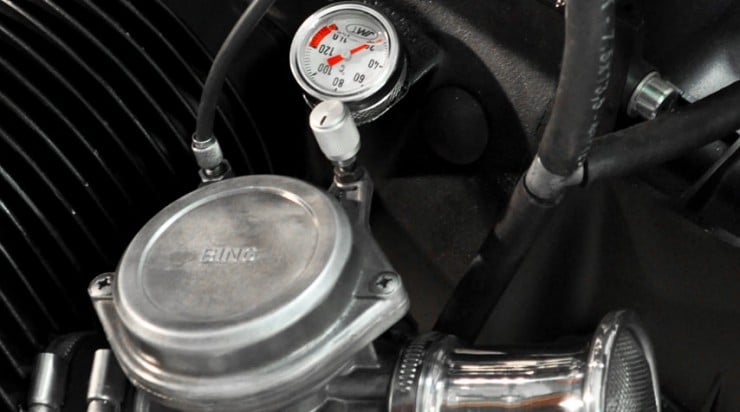 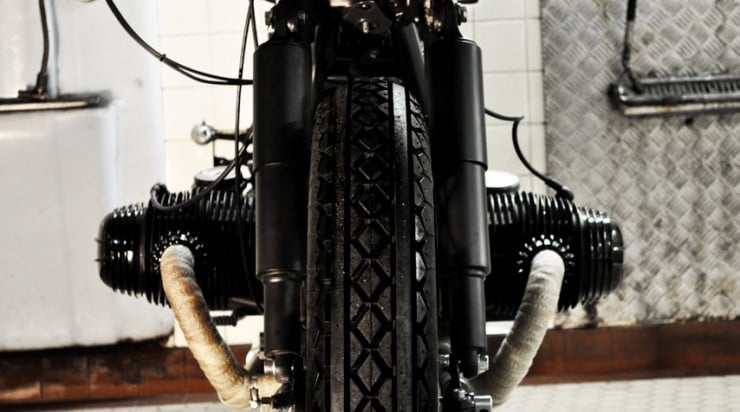 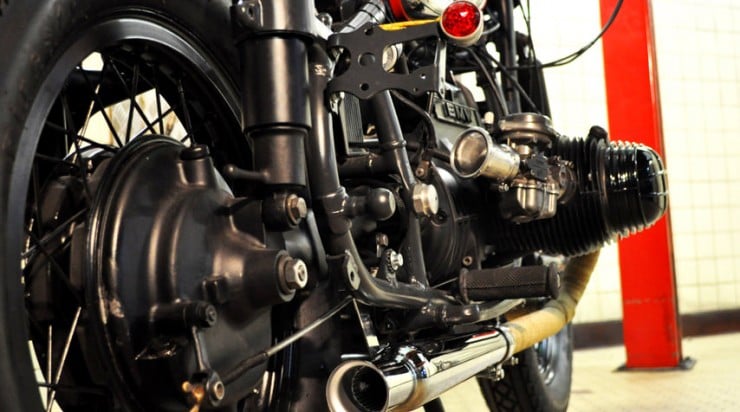 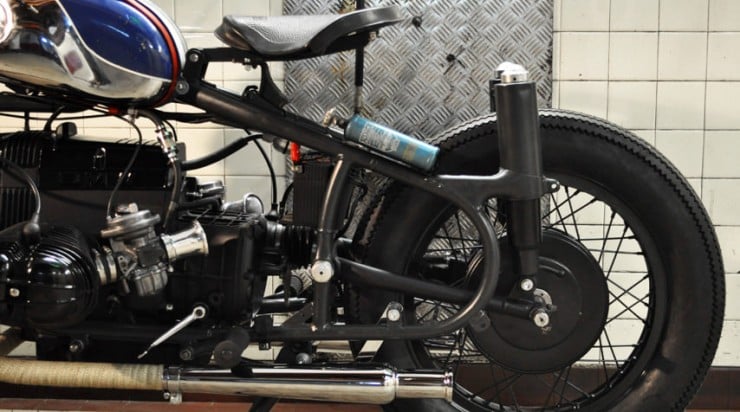 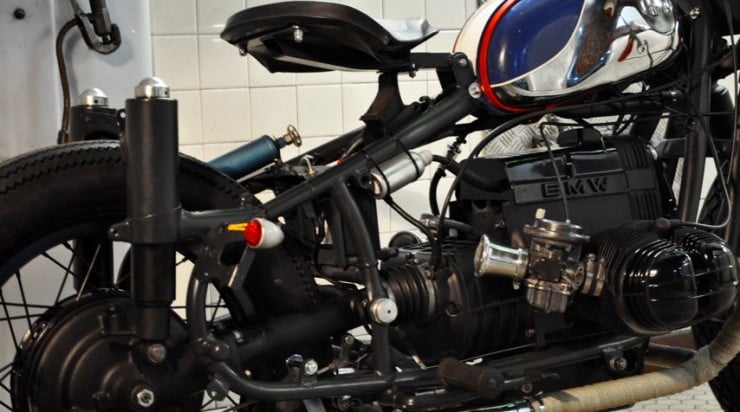 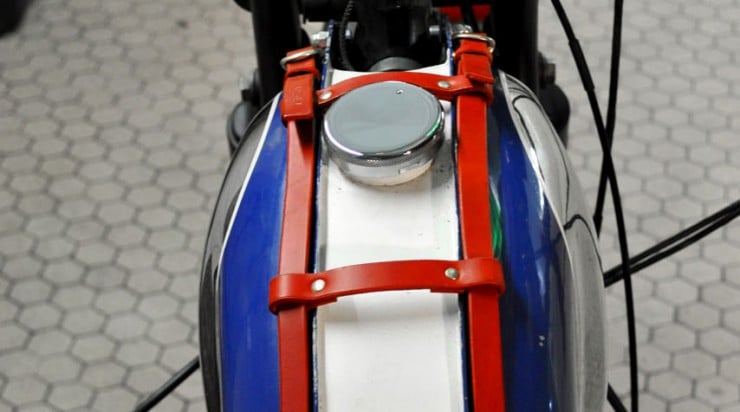 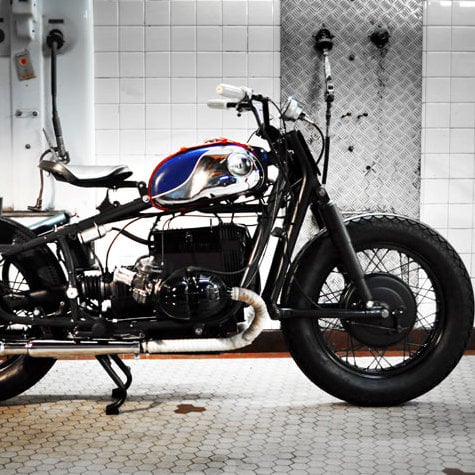