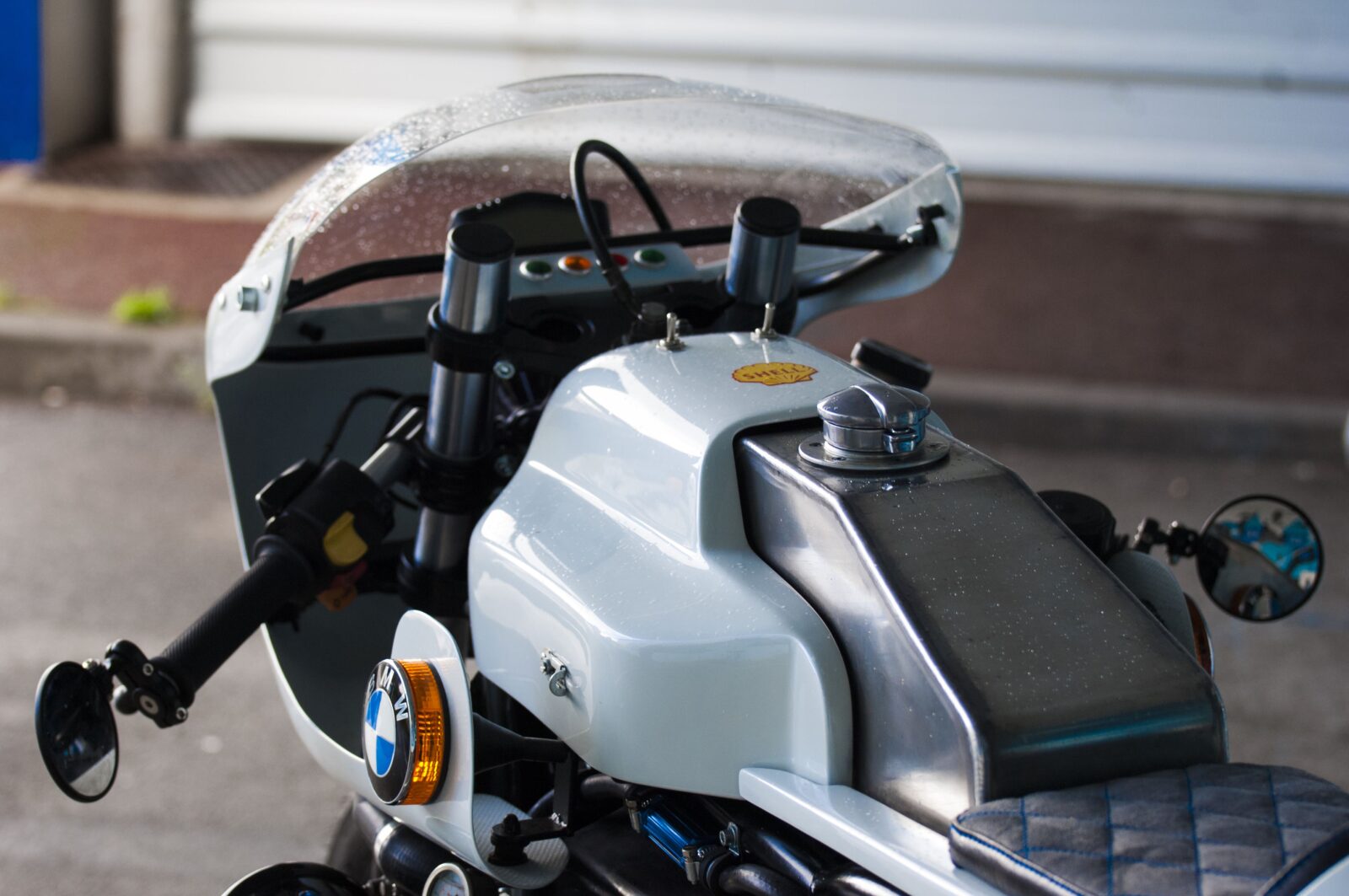 The BMW K100 was the motorcycle developed by the German marque to take the fight to the new breed of Japanese inline-4s, whilst at the same time meeting the increasingly stringent emissions regulations in Germany.

It was never likely that the Germans would copy the favorite engine layout of the Japanese that had been largely pioneered by the Italians, an inline-4 mounted transversely in the frame with one or two overhead cams. Germans generally like to do things their own way, and as logically as possible.

Once the engineers at BMW had settled on an inline-4 with a shaft drive they set about planning the best possible engine layout. It was decided that the engine should be laid on its side, with the crank on the right and the head on the left, as this would allow the power from the crank to pass into the gearbox and out into the right-side shaft drive requiring only a single 90° bevel gear to power the rear wheel.

This flat-4 layout also gave the bike a low centre of gravity, and ample room for the intake system and radiator.

BMW sold the K-series in solid numbers, though never quite matching their Japanese counterparts. Over the course of its production run, the K-series would be offered in engine sizes from 750cc all the way up to 1300cc, and today they’re popular choice with custom bike builders due to their bulletproof engineering and unusual looks. 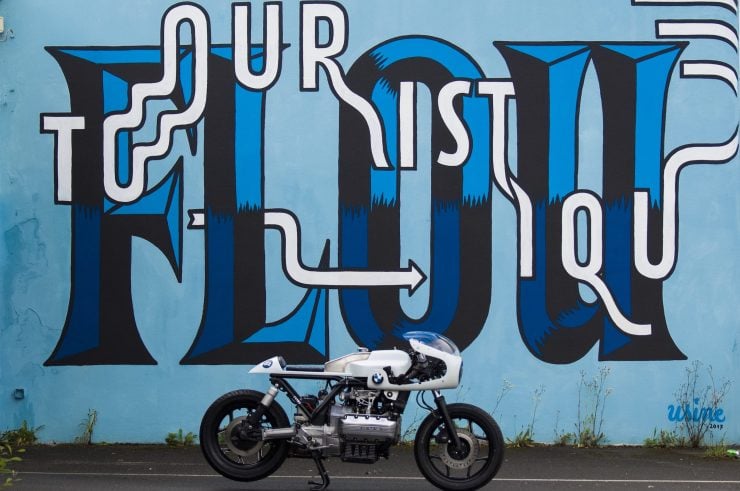 The K100 you see here has been through a full rebuilt at the hands of well-known tattoo artist and custom motorcycle builder based in the French Pyrenees mountains – Joël Alba, or as he’s known in tattoo circles, Dr Joë.

With this build he wanted to take a motorcycle that no one really associates with racing, and turn it into a bike that looks like it could have been built by the BMW Motorsport department in-period for competition use.

Once he had located and bought a good K100 work began with a full teardown. Once the engine was removed from the frame it was overhauled, and then set aside ready for re-fitting.

The frame was detabbed and a new subframe was fabricated to suit the new low-profile seat. The rear cowl, seat, fuel tank, fuel tank housing, front fairing and windshield were all made in-house by Joël, and he rather cleverly made use of a BMW Z4 indicator on either side of the fairing – something I think we may see emulated quite a bit on BMW builds going forwards. 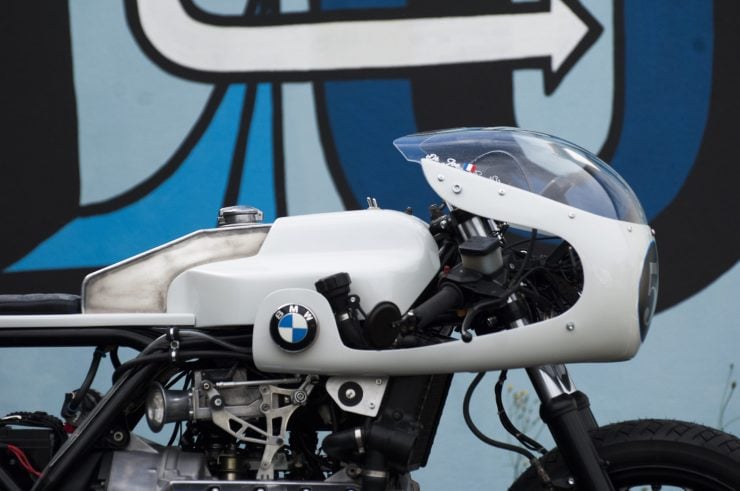 The fuel tank is a feature that will have caught the attention of many, it’s a hand-made aluminum tank designed to fit neatly inside a bespoke fiberglass housing, the tank is fitted with a pop-up style Monza fuel cap, and it contains a non-standard fuel pump as the original BMW unit wouldn’t fit.

Joël kept the original alloy wheels in place but had them painted black, before sanding off the outer edges of the spokes. The frame, wheels, and forks were all painted with a long-lasting black epoxy paint, offset nicely with the white bodywork and unpainted metallic surfaces.

In order to change the front suspension geometry a Laverda triple tree was modified to fit, and new springs with a higher-performance fork oil were fitted. A higher-performance rear monoshock as sourced from the BMW catalogue, and a set of velocity stacks have been fitted to the intakes to help smooth airflow as it enters the engine.

Joël’s Dad is a mechanic, and his work influenced his son significantly as he grew up, so Joël decided to dedicate this build to his father- so he added his year of birth as the racing number (52). The build is a remarkable testament to what can be achieved with a BMW K100 and some talent, and Joël is proud of his support from BMW MINI pauTarbes. 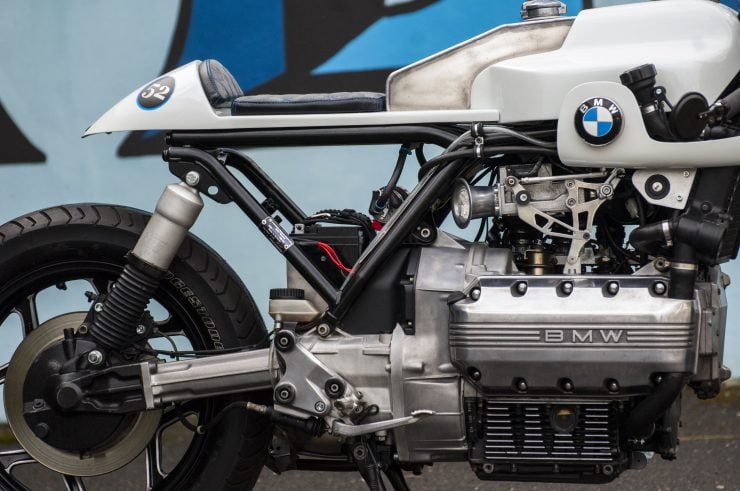 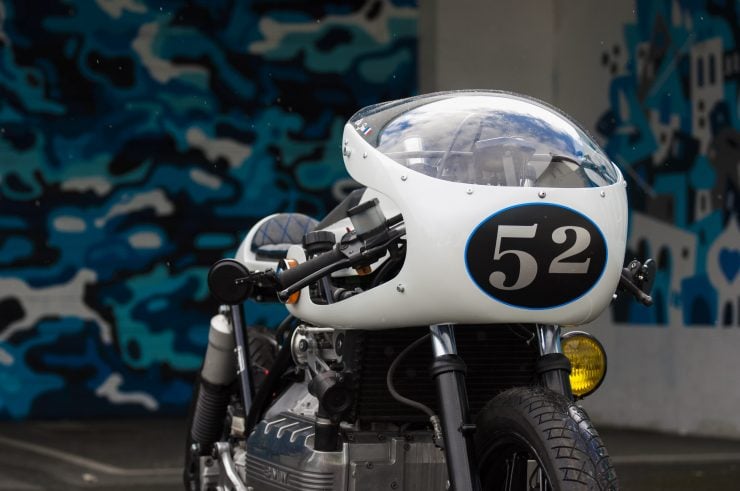 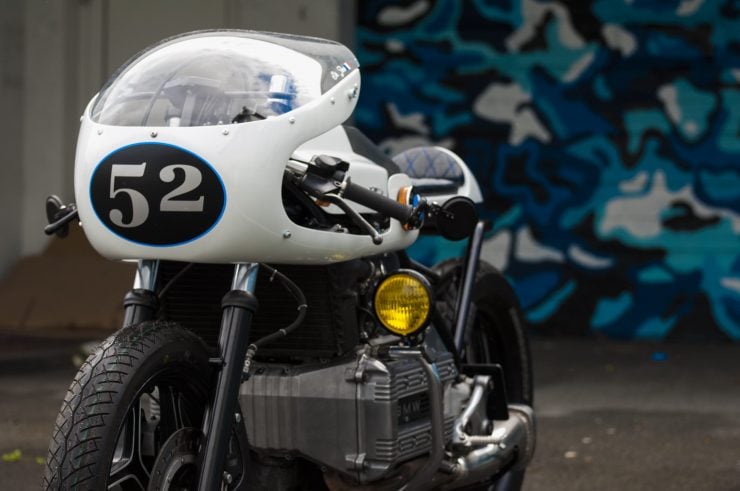 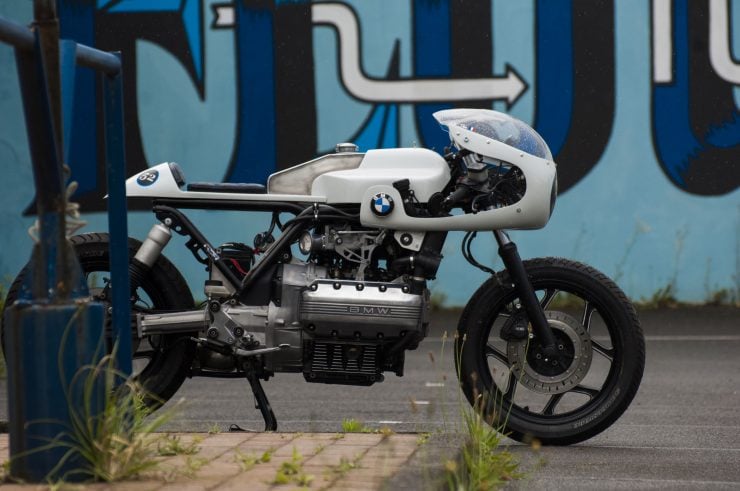 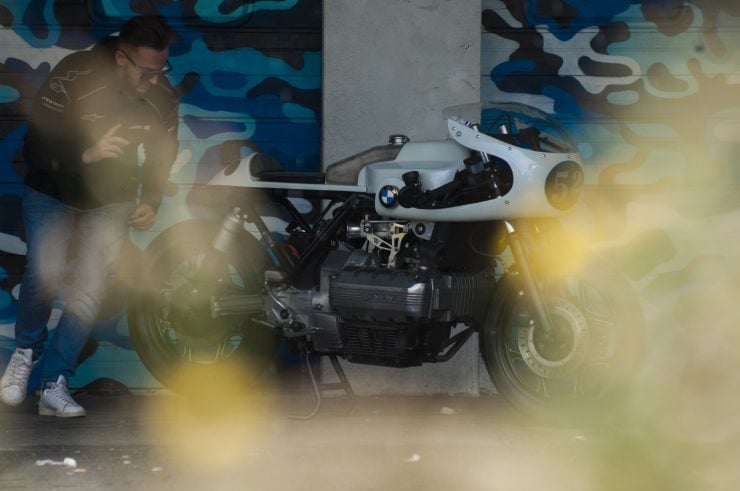 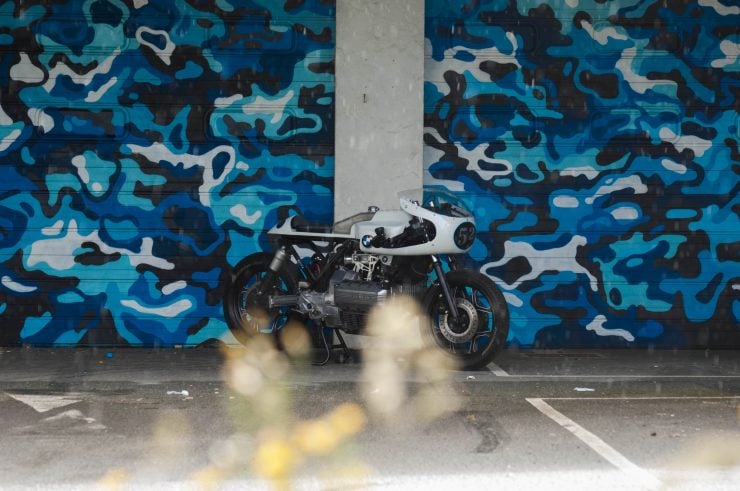 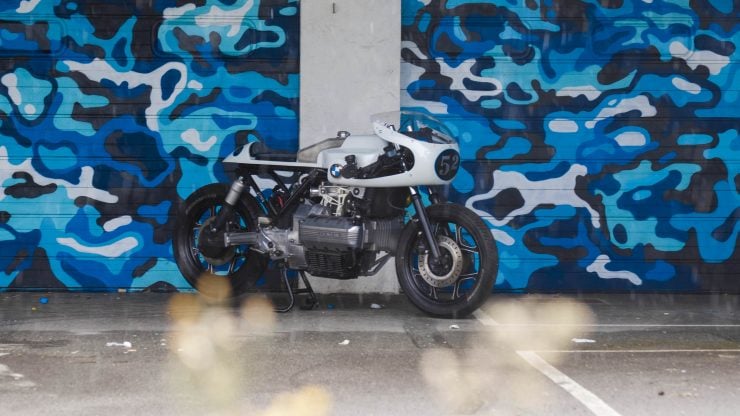 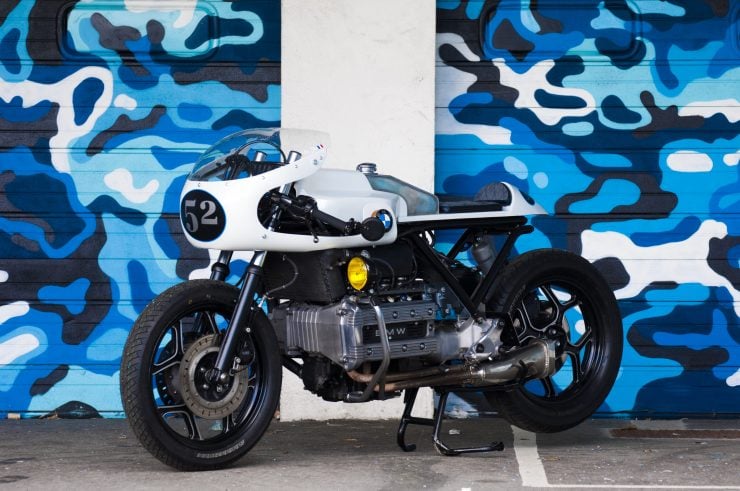 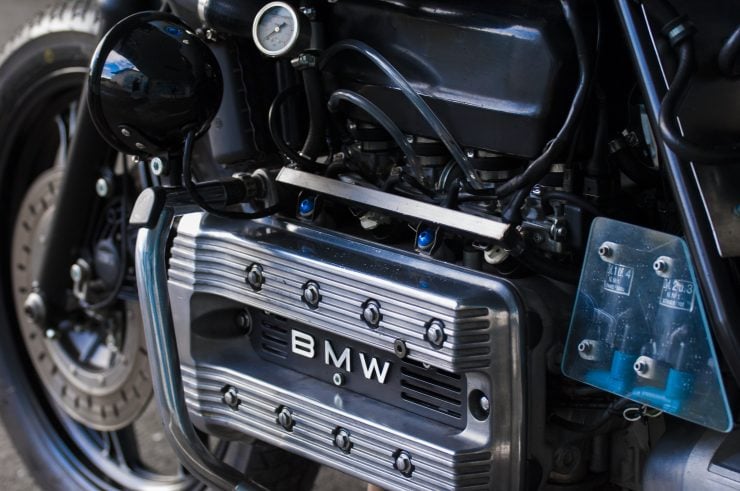 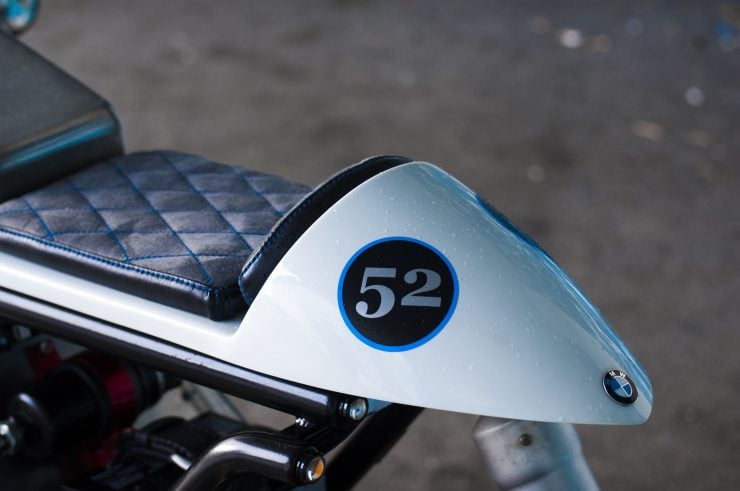 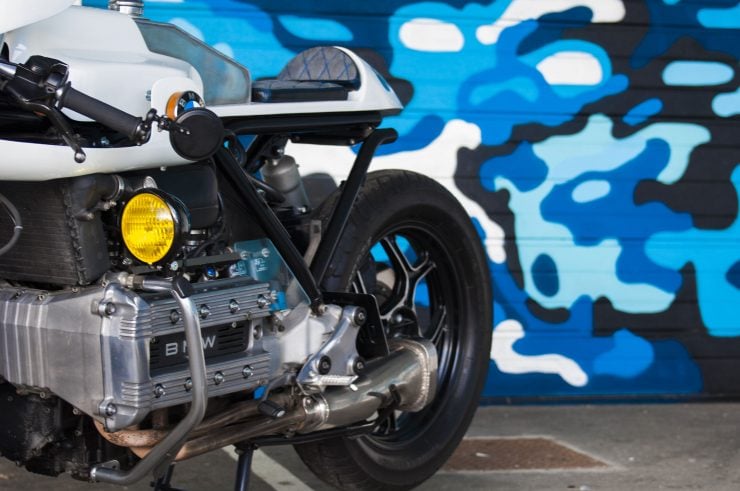 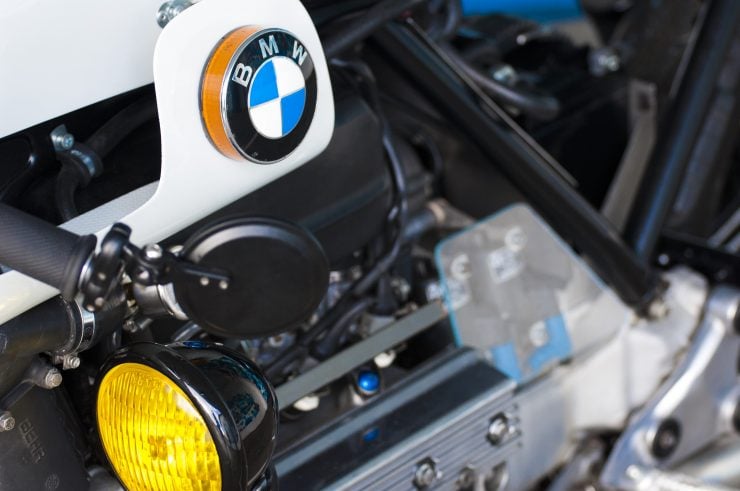 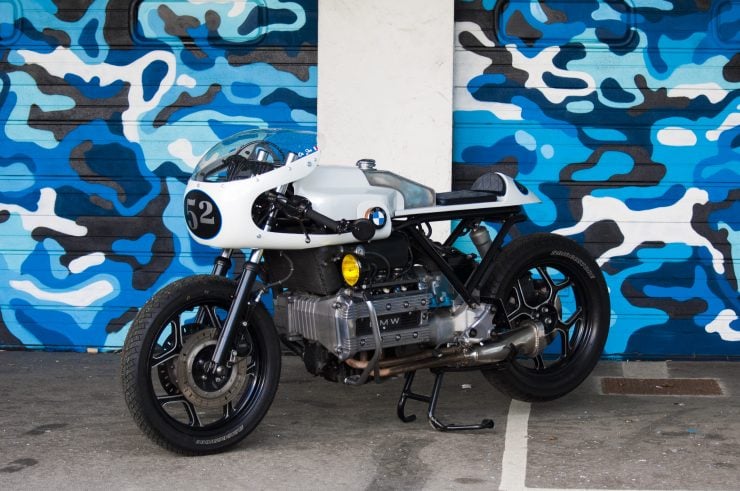 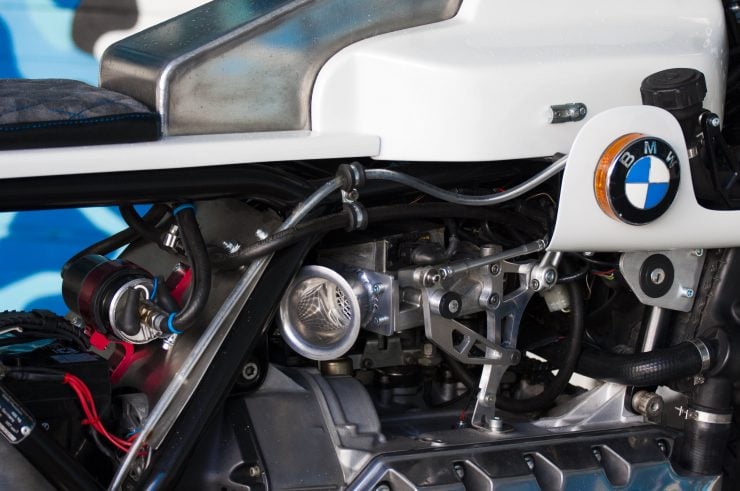 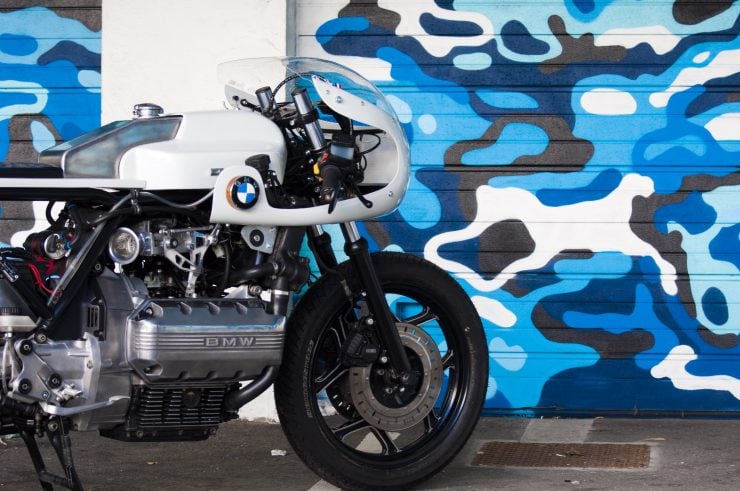 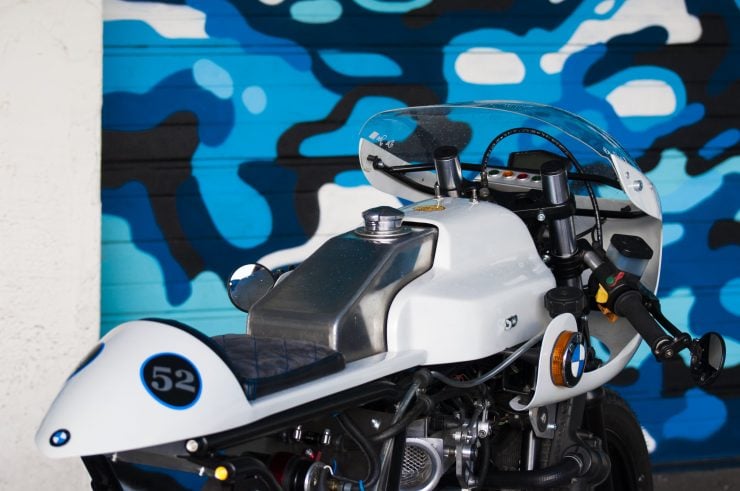 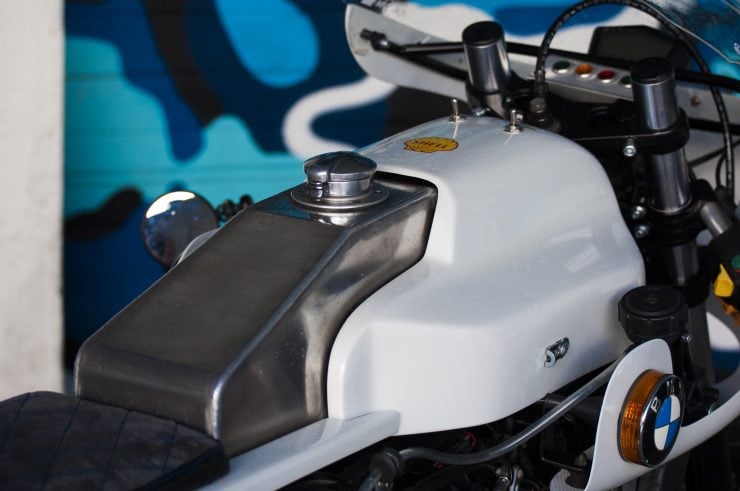 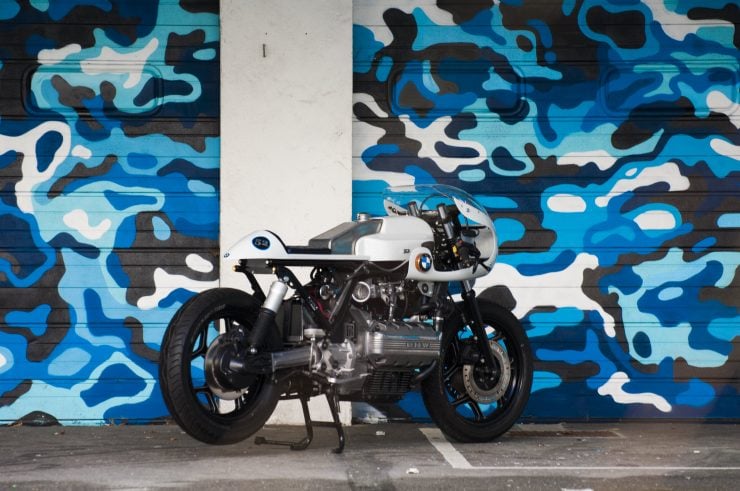 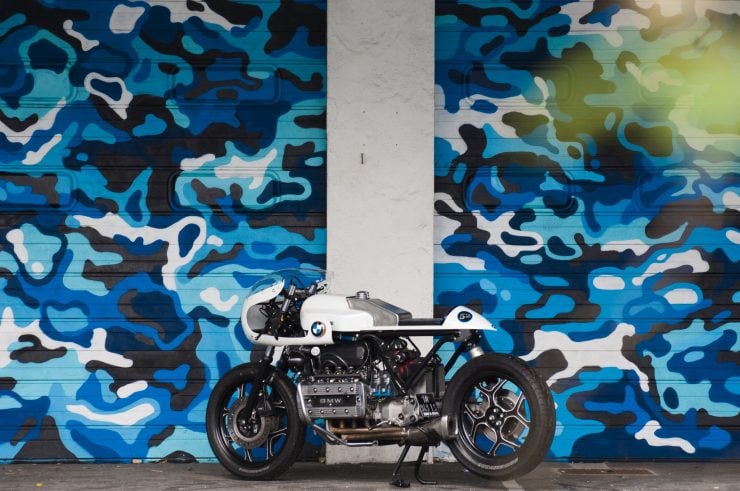 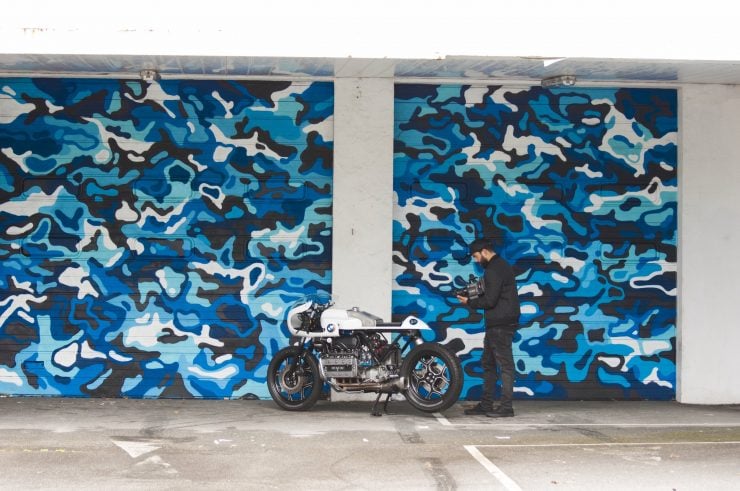 Helge Pedersen is one of the world’s preeminent overland motorcycle adventurers, he’s ridden extensively on six continents and in this film he recounts one of his most memorable journeys – a brutal few weeks…