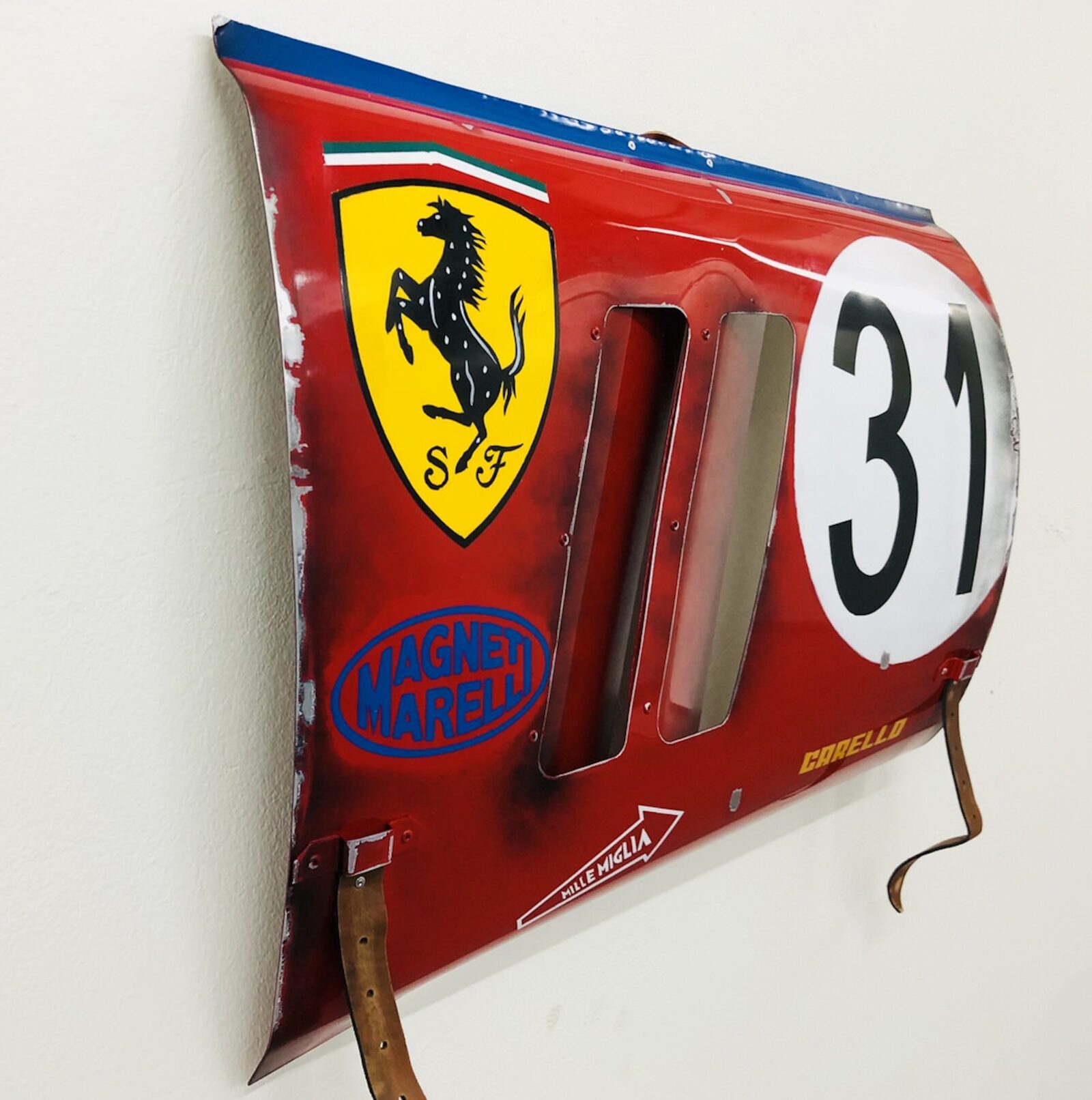 Halmo is an Italian company based just 100 kilometers from the Ferrari headquarters in Maranello, it was founded by architect and yacht designer Gianluca Tramonti to create unique and oftentimes one-off automotive art focused on the true icons of both the race track and the street.

This Ferrari 250 GTO piece is a handmade replica of an original Ferrari panel section, bearing the livery of its age, along with the wear and tear you’d expect to see on a battle-scarred veteran of ’60s GT racing.

Halmo make each of these individually from aluminum-alloy, staying visually close to the original front right fender section. Once the panel is completed it’s then painted with the period-correct logos including a large Ferrari prancing horse, as well as logos for the Mille Miglia, Carello, and Magneti Marelli.

Each fender ships out with a full set of wall mounting accessories and an originality certificate. 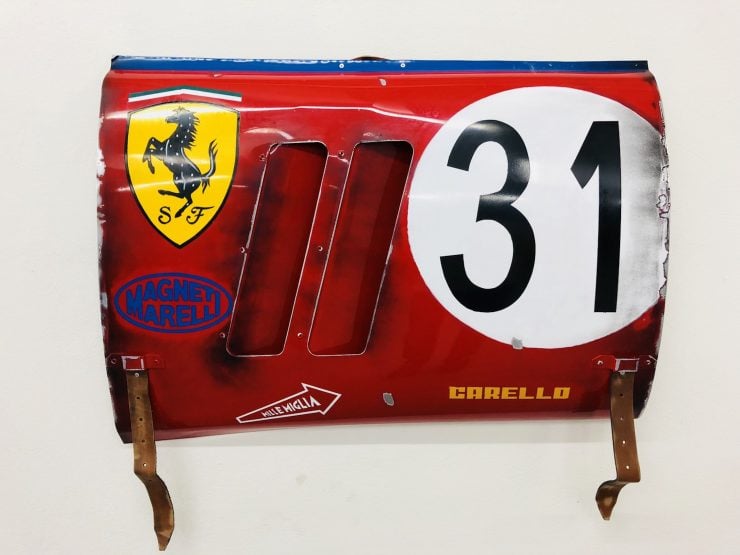 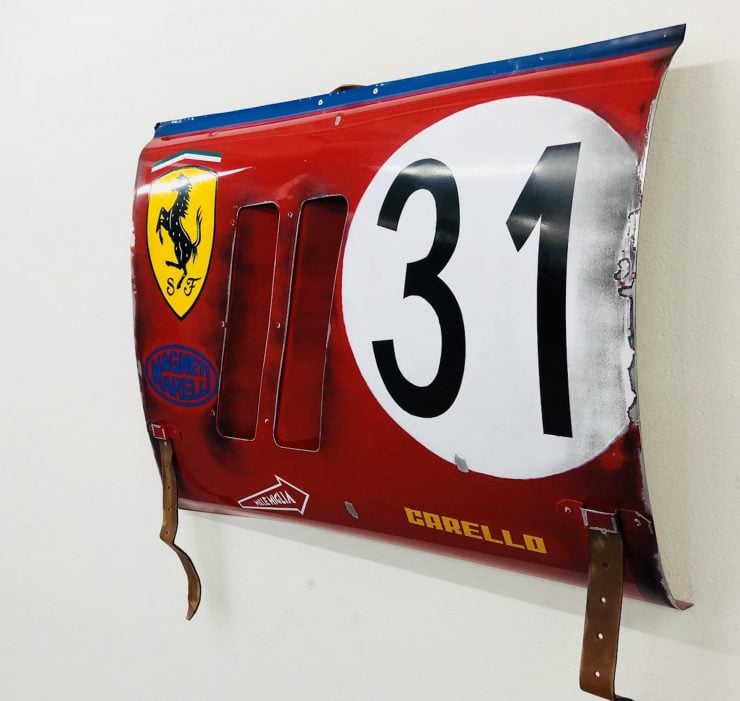 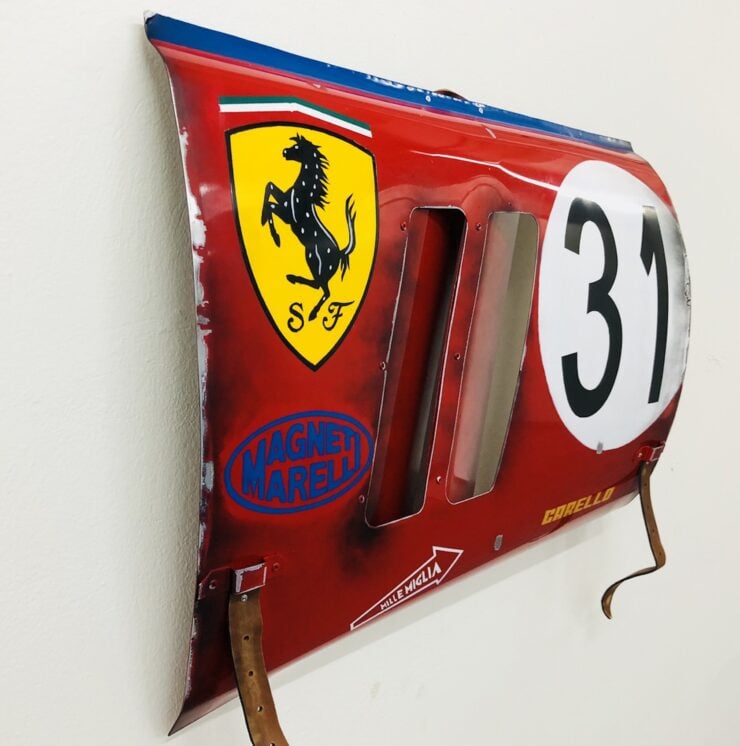 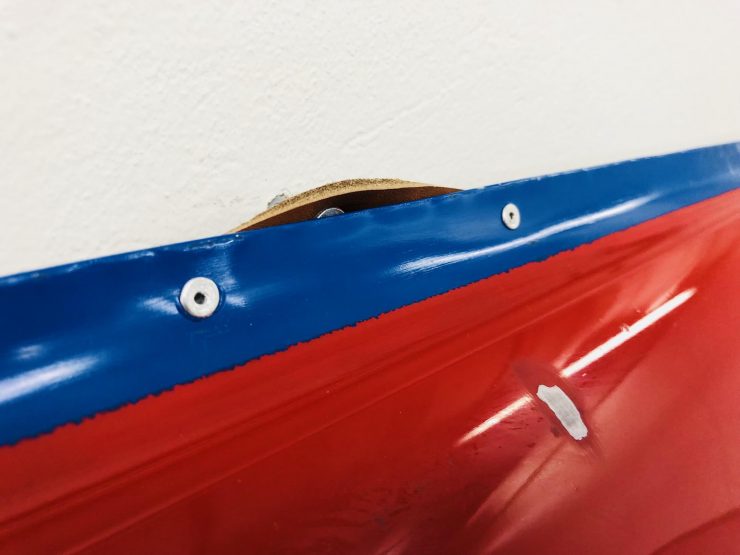 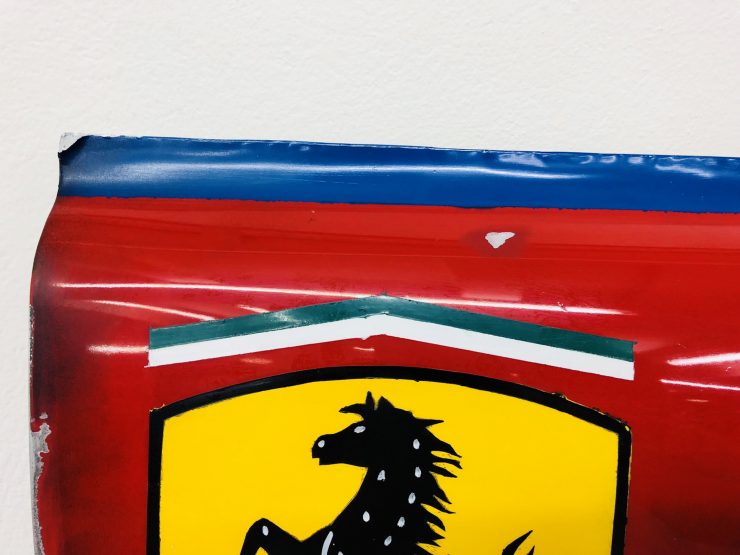 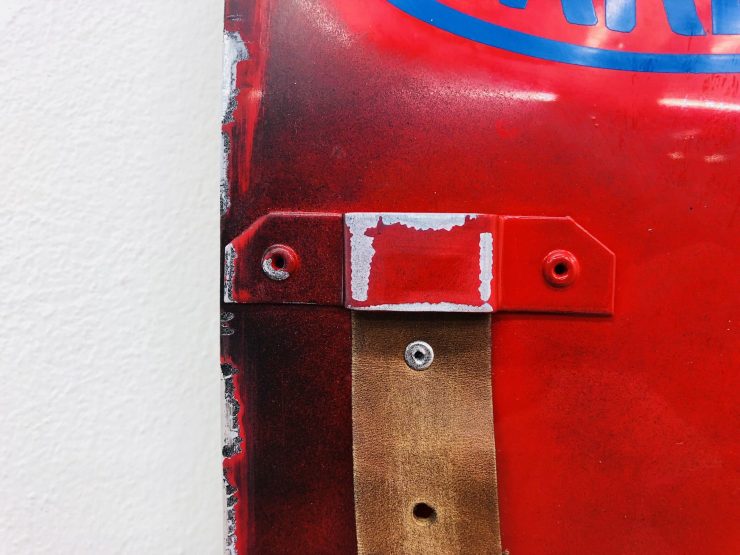 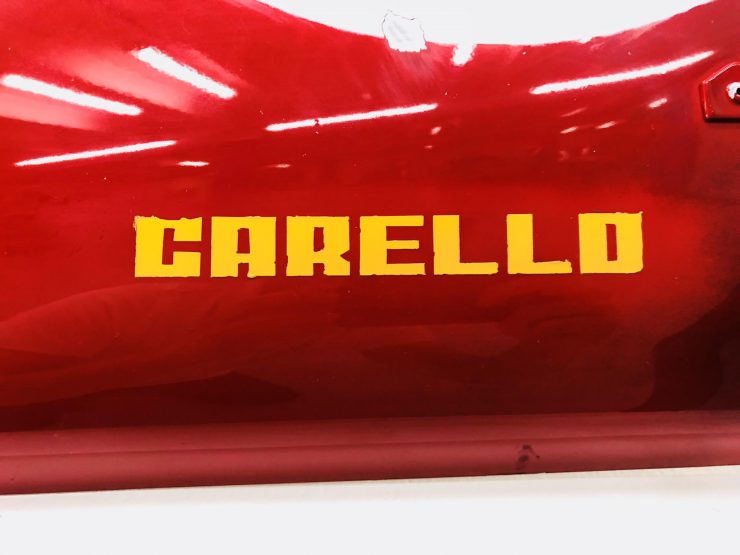 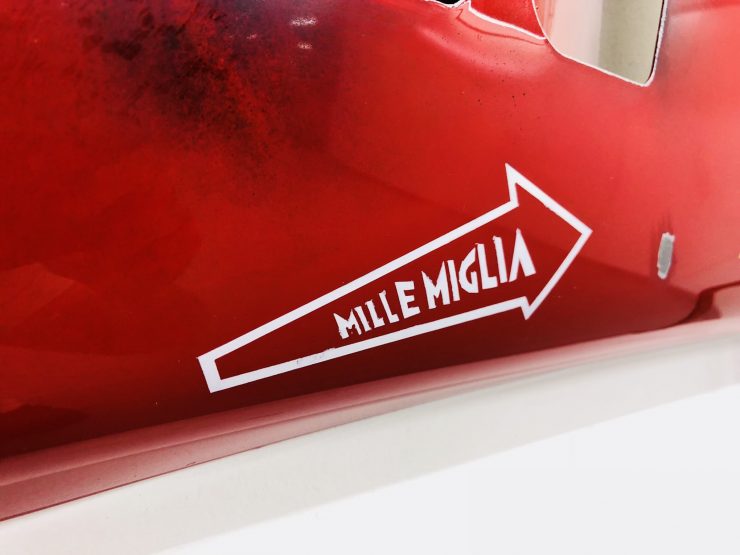