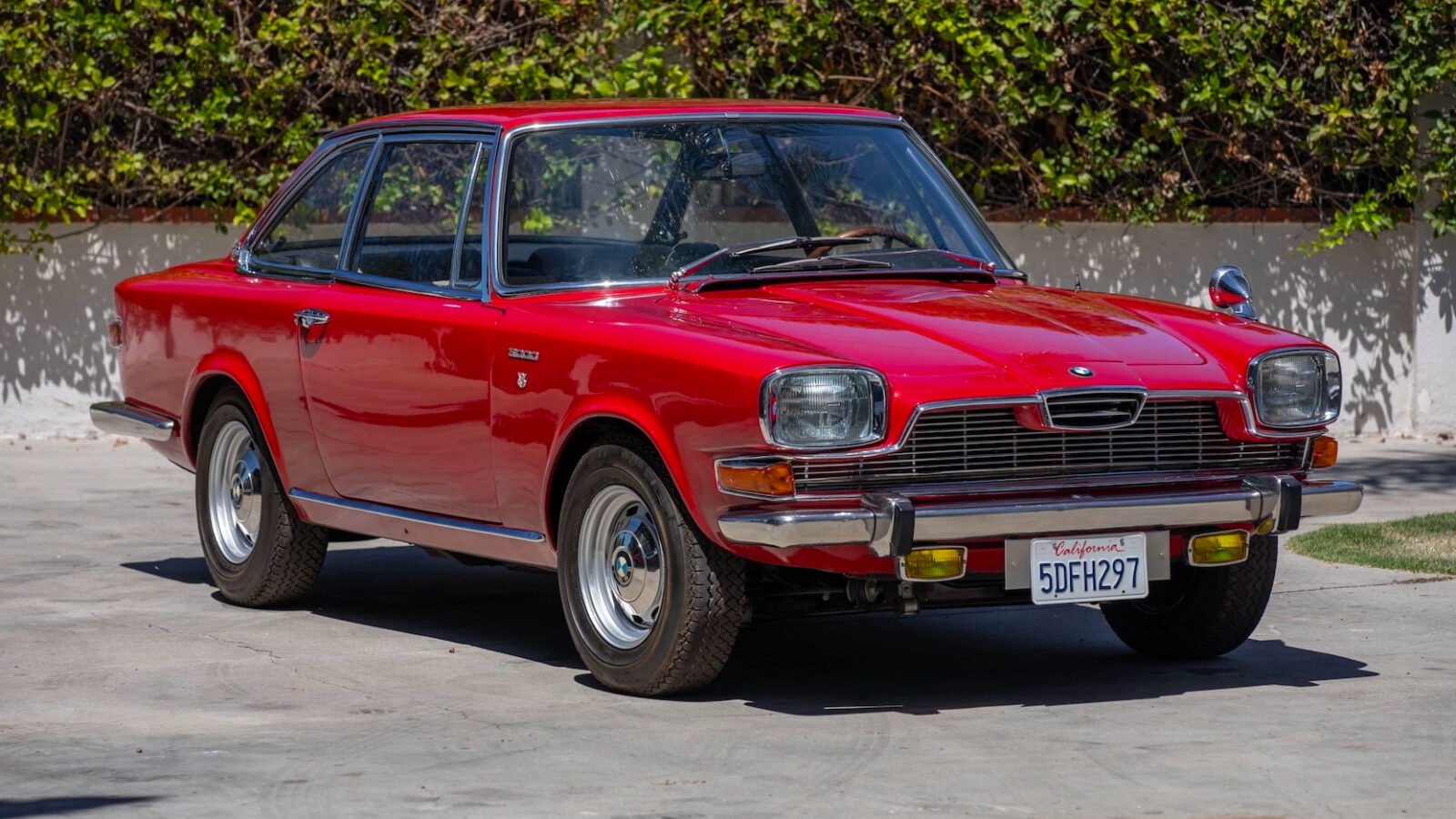 This is one of just 389 examples of the BMW-Glas 3000 V8, they were only made in 1967 and 1968 before BMW discontinued the model, and today they’re among the rarest BMWs money can buy.

In the early 1960s Hans Glas GmbH, one of Germany’s smallest automakers, was in dire financial trouble. The company approached Italian design house Frua to design them a new GT car, a car that company executives hoped would turn their fortunes around.

✱ The BMW-Glas 3000 V8 was originally developed as the Glas 3000 V8, the name changed to include BMW after the Bavarian automaker acquired Hans Glas GmbH in late 1966.

✱ The V8 used in the car was essentially a new block with the upper part of the Glas four-cylinder engine fitted in a “V” configuration. This helped keep development costs down.

✱ By the standards of the mid-1960s the car was quite advanced, with belt-driven overhead cams, independent front and rear suspension, and front and rear disc brakes.

The BMW-Glas 3000 V8 is a car that very nearly didn’t go into production, in fact it likely would never have ever seen the light of day if not for the fact that BMW acquired Glas when the smaller company was already ramping up for production of the new car. 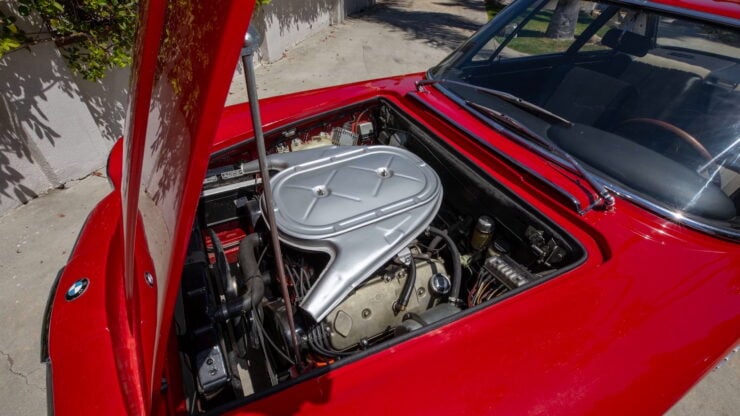 Above Image: The Glas V8 was created by taking the top end of the company’s four-cylinder engine and using it as the cylinder banks of the new V8 to help reduce development costs.

The design of the Glas 3000 V8 wasn’t quite aligned with the BMW design language of the time, in fact it was considered so similar to Pietro Frua’s other designs for Maserati that these cars were nicknamed “Glaseratis.”

Under their Italian-designed skin the Glas 3000 V8, and its earlier stablemate the 2600 V8, were relatively advanced cars for the period. They were fitted with independent front and rear suspension, with upper and lower A-arms and coil springs up front and a leaf-sprung independent De Dion rear axle in the rear.

The cars also had front and rear disc brakes, inboard discs were used in the rear, as well as a belt-driven overhead camshaft for each cylinder bank. By the standards of the mid-1960s these Glas coupes were impressive from and engineering standpoint, and it’s clear that Glas company executives were working hard to deliver the best cars possible in the hopes of saving the company.

When BMW acquired Hans Glas GmbH in late 1966 it wasn’t because they wanted access to the Glas catalogue of cars, it’s because they needed to expand and they wanted to use the Glas factories increase their own production.

There must have been no small amount of debate at BMW about what to do with the unusual Glas V8 coupes. It seems there was enough interest in keeping the model in production to hire Pietro Frua to design an all-new fastback body for the car specifically for BMW – the BMW-Glas 3000 V8 Fastback prototype of which only one was made. 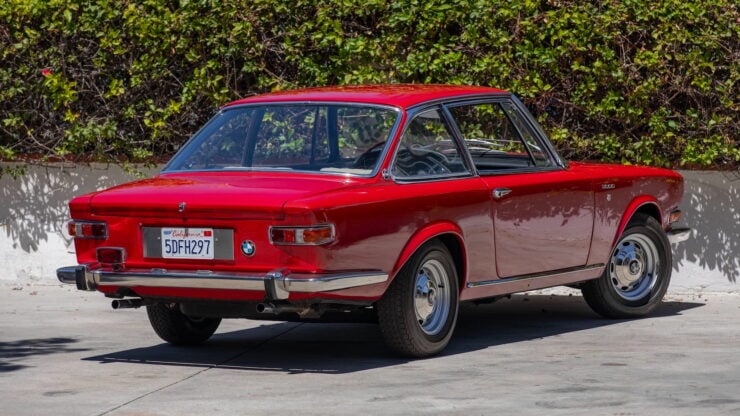 Above Image: The Italian Frua styling of the car has won it both fans and detractors over the years.

In the end BMW kept the BMW-Glas V8 in production until only May 1968 when it ceased production. 277 examples of the 2600 V8 had been made followed by 389 examples of the 3000 V8, today the surviving examples are much sought after by enthusiasts who extoll the virtues of the cars to all who’ll listen.

The car you see here is a 1968 BMW-Glas 3000 V8, the second and final calendar year of production for the model. Interestingly this car spent over 20 years on display at the Berlin Auto Museum where it was seen by countless visitors, many of whom had likely never seen one before.

This BMW-Glas benefits from a comprehensive museum-grade restoration to its original specifications, with red paint and a two-tone black vinyl with beige corduroy insert interior.

The car is due to cross the auction block with Mecum in mid-August, if you’d like to read more about it or register to bid you can click here to visit the listing. 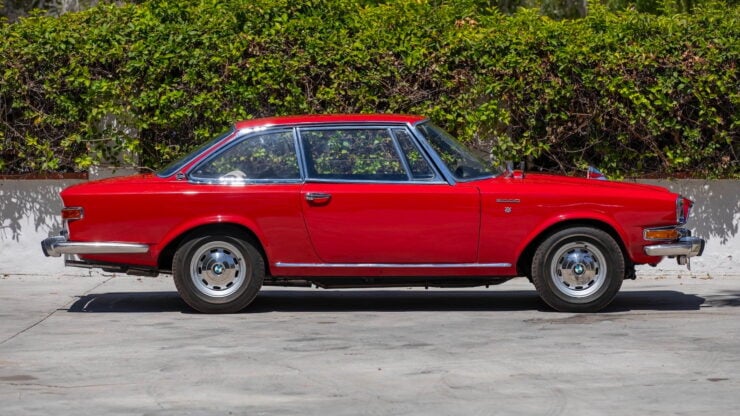 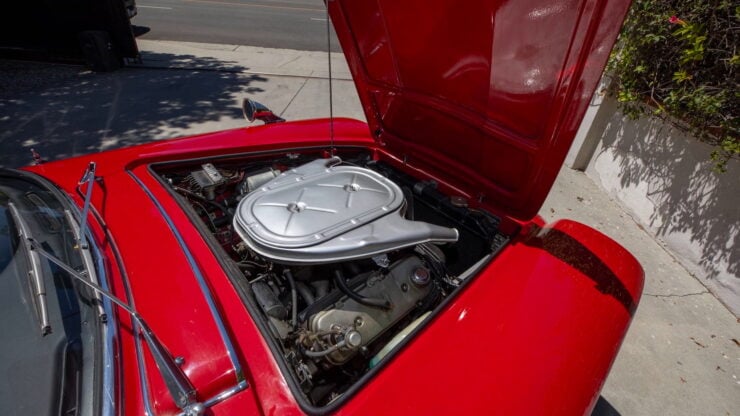 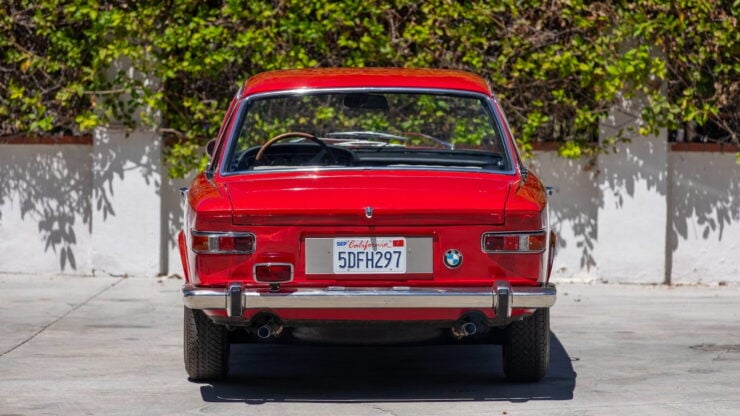 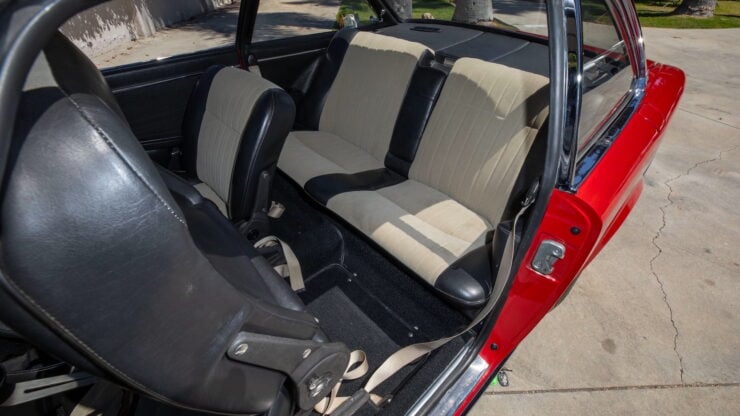 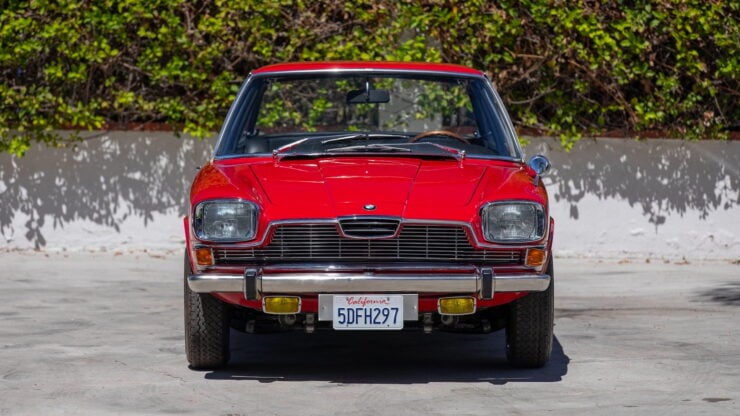 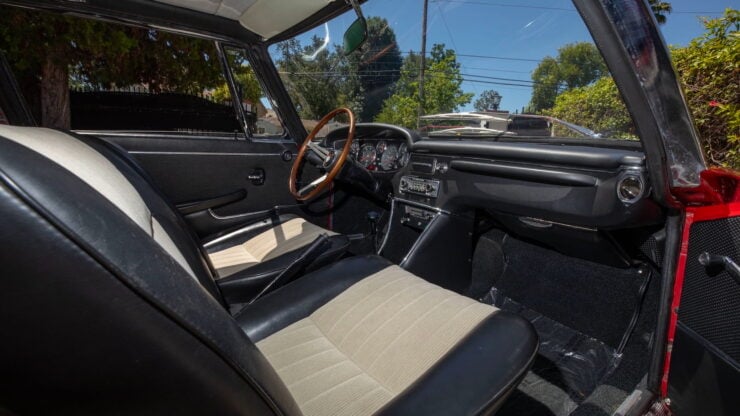 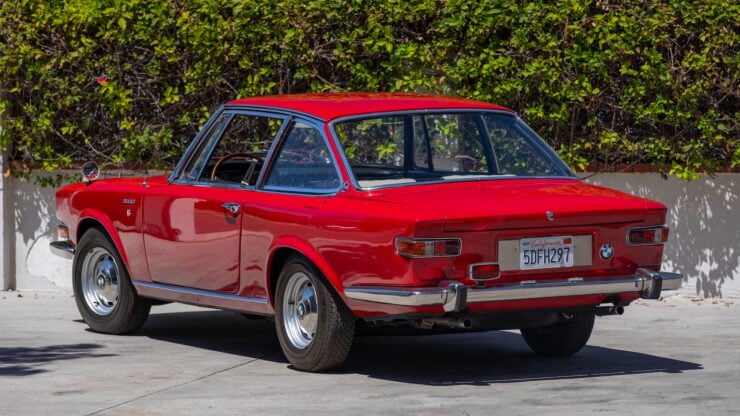 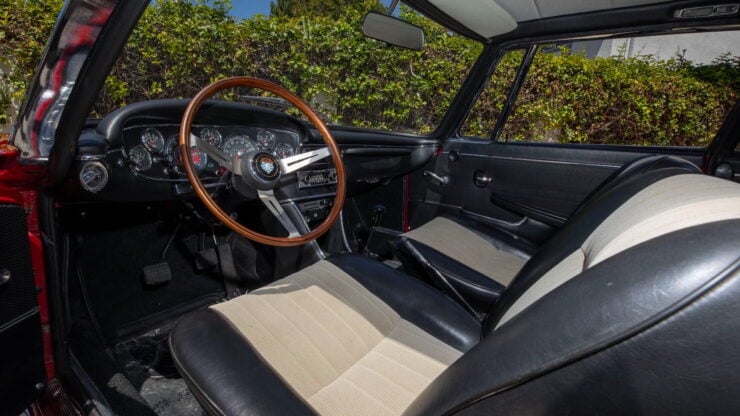 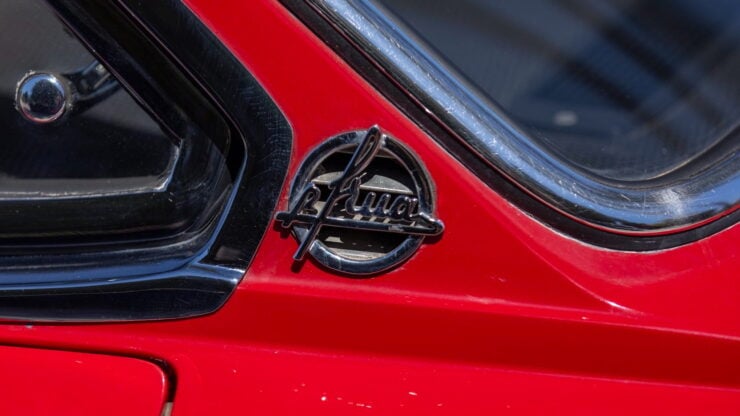 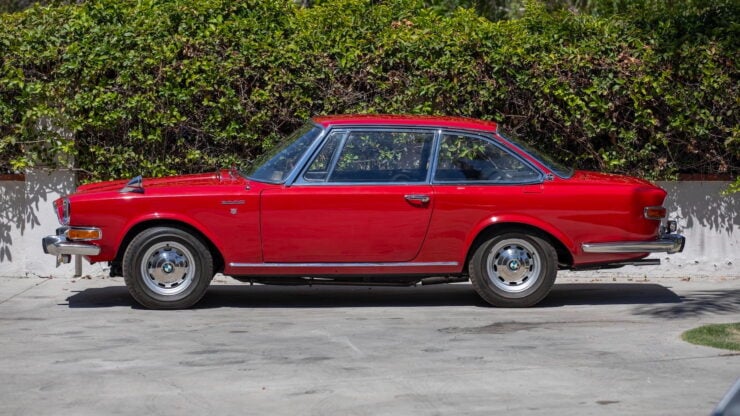 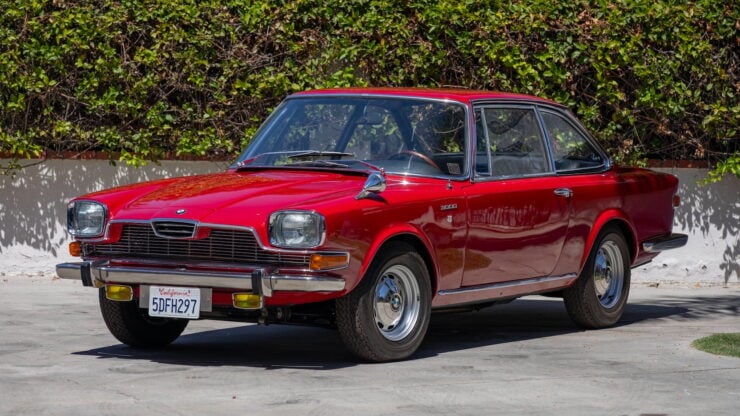 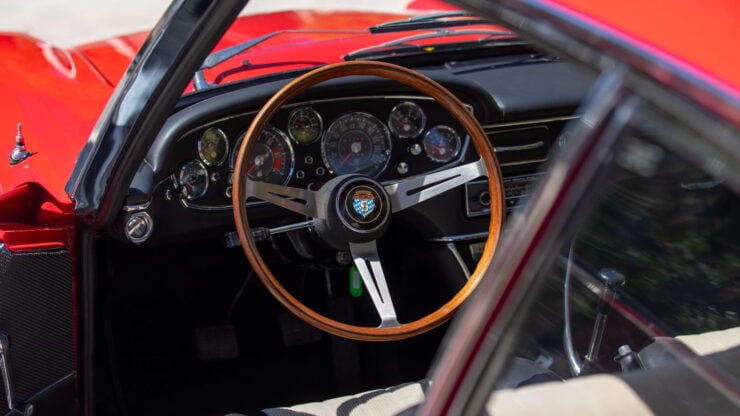 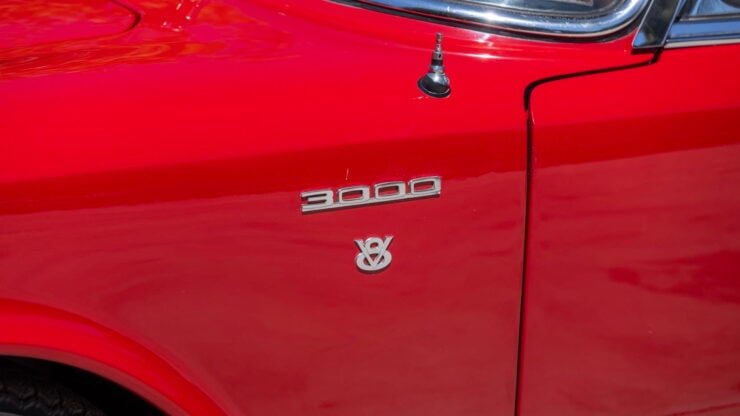