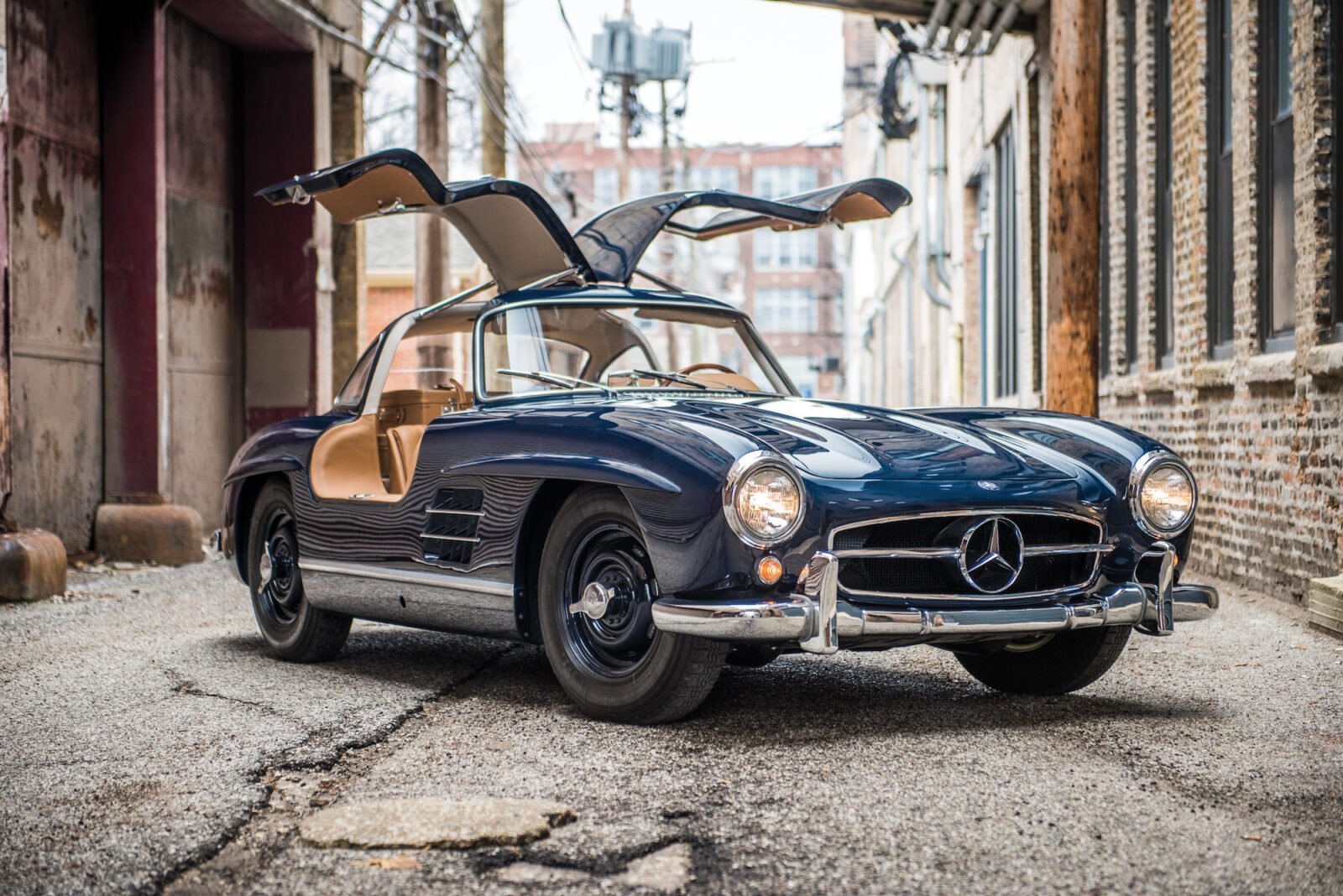 When the Mercedes-Benz 300 SL Gullwing was released in 1954, it was the fastest production car money could buy. The name was derived from the engine capacity of 3 litres (2996cc) and the German words Sport Leicht (Sport Light) – as a reference to its spaceframe chassis, and the aluminium doors, hood, and trunk.

An Introduction to the 300 SL Gullwing

The speed of the 300 SL was a surprise to no one – it had been based directly on the 300 SL (W 194) racing car of 1952. The W 194 was the first Mercedes-Benz racing car designed since WWII, and it landed on the world stage with a slew of victories in its first year, including the 24 Hours of Le Mans, Bern-Bremgarten, the Eifelrennen at Nürburgring, and the iconic Carrera Panamericana.

The idea of taking the now globally famous Mercedes-Benz W 194 and building a road car was first suggested by Max Hoffman. He was quite possibly the most influential man in the automotive world in the mid-20th century who didn’t actually work for a manufacturer. He was a car importer based in New York, but he had been born and raised in Vienna – so he had a clear understanding of the thought processes on both sides of the North Atlantic.

After the Second World War, Mercedes had been largely focused on building saloon cars. The racing successes of the W 194 had given them confidence, so Hoffman telling them they should consider a high-end sports GT car based on their new world beater didn’t fall on deaf ears.

Mercedes assigned their chief development engineer Rudolf Uhlenhaut to the project, the same man who had designed its track-based forebear. Rudolf quickly realised that the spaceframe chassis used on the W 194 would need an extensive redesign to lower the door sills and make it practical for people to get in and out. That said, the sills are still far higher than a normal car – and regular doors were out of the question. 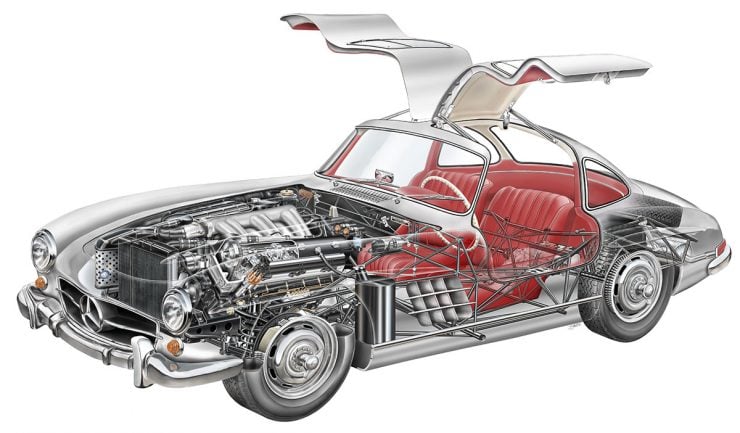 Germans are known as a practical, logical bunch. In fact they’re essentially a nation of natural born engineers. So when they realised they couldn’t fit a regular door to their spaceframe 300 SL series vehicles, they moved the hinges to the roof, and made it a Gullwing.

Apart from the fact it was the quickest car in the world on its introduction, the 300 SL Gullwing was also the first mass-produced car with fuel injection – a Bosch mechanical direct fuel injection system that boosted power approximately 25% over the W 194 race car.

The 3.0 litre SOHC inline-6 was fitted with an interesting diagonal aluminium head, which allowed for larger intake and exhaust valves and the performance gains they provided. The relatively tall engine was fitted at a 45° angle to fit under the low swooping hood, it connects to a 4-speed gearbox, and then on to a swing-axle on coil-springs. There’s coil-spring independent front suspension, 4-wheel hydraulic drum brakes, 215 bhp, a 0-60 mph time of ~8.8 seconds, and a top speed (depending on final ratio) of 260 km/h (160 mph).

As was almost always the case, Max Hoffman was right. The Americans loved the new 300 SL Gullwing, and thanks to their booming post-war economy the sales were swift – only limited by the relatively high sticker price of $11,000 USD. By the time production drew to a close, Mercedes-Benz had sold 1,400 Gullwings and 1,858 Roadsters, bringing a lot of much needed hard currency into West Germany and establishing the post-war foundations of what would become a long and proud history of Mercedes-Benz performance cars.

The 300 SL Gullwing you see here formerly belonged to a Gullwing Group chapter president, and it was restored in 2007 with a full engine rebuild in 2009. It’s also accompanied by a set of fitted luggage made by Taris Charysyn and Co, correct tools, a period sales brochure, and an authentic storage bag for the removable quarter-windows.

If you’d like to read more about the car or register to bid you can click here to visit RM Sotheby’s. It’s due to roll across the block at Amelia Island on the 10th of March and rather surprisingly, it’s being offered with no reserve. 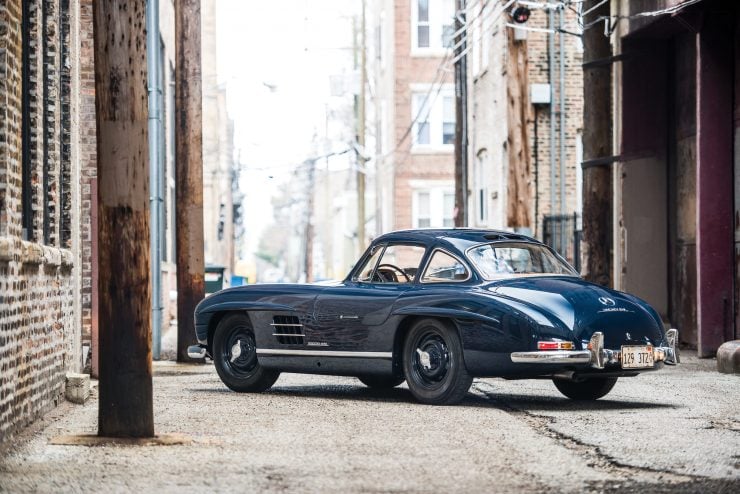 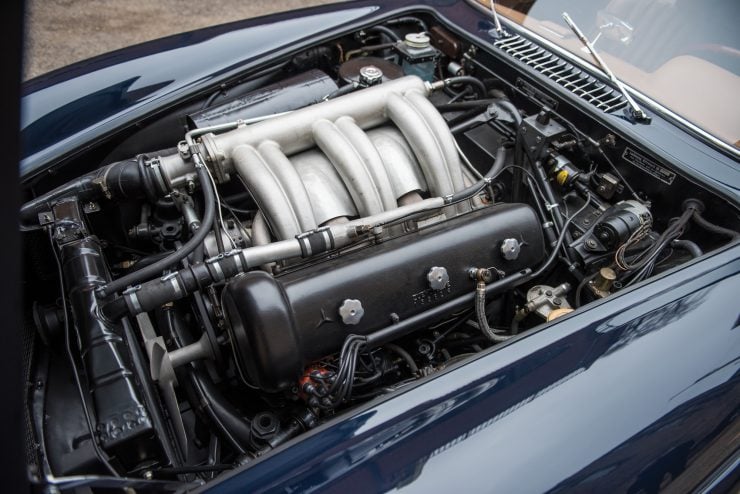 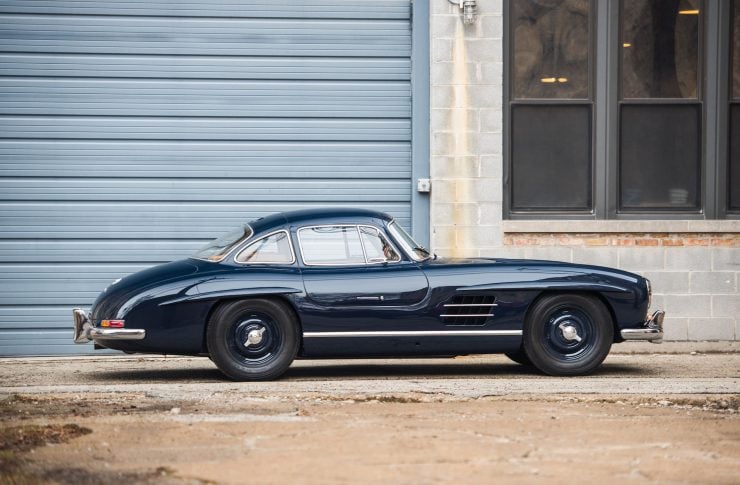 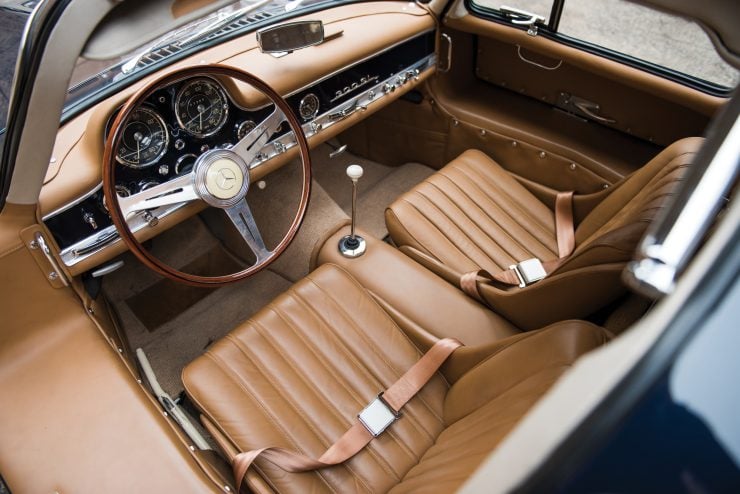 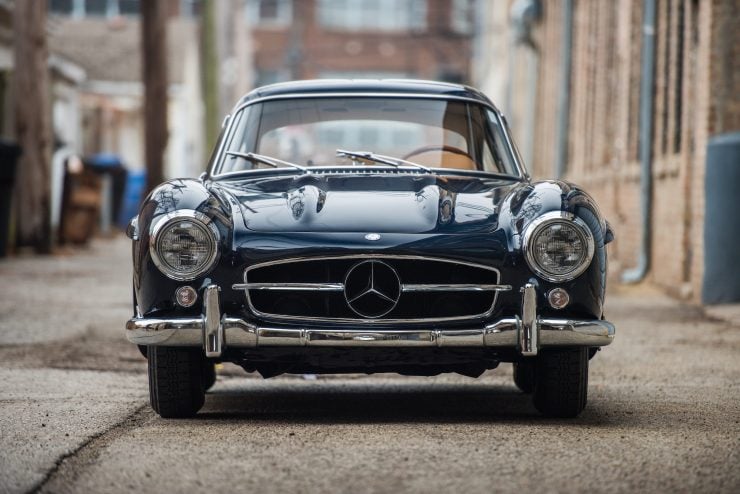 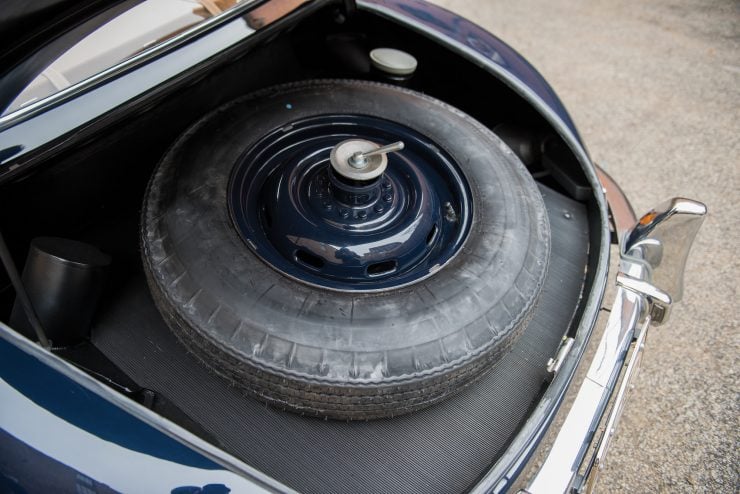 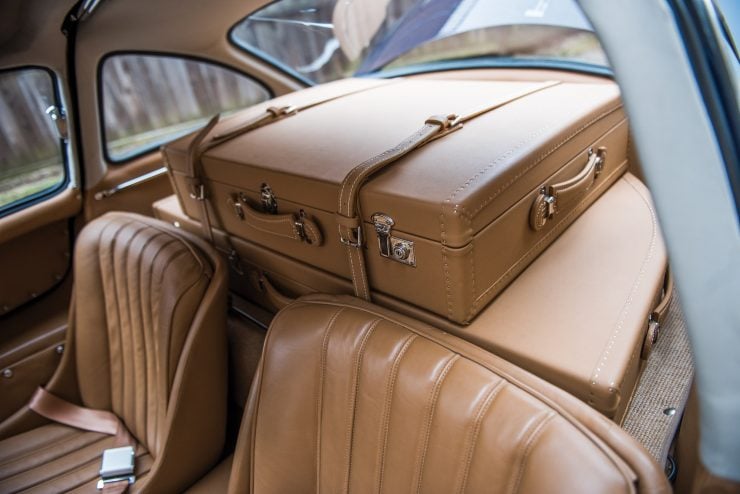 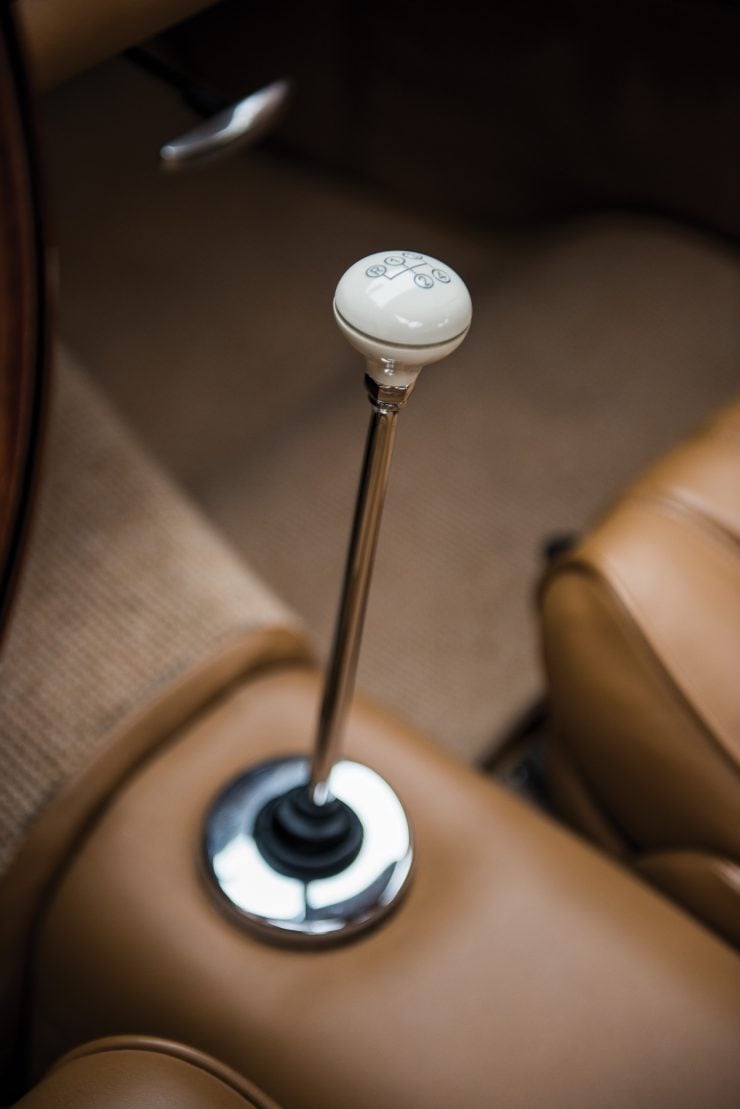 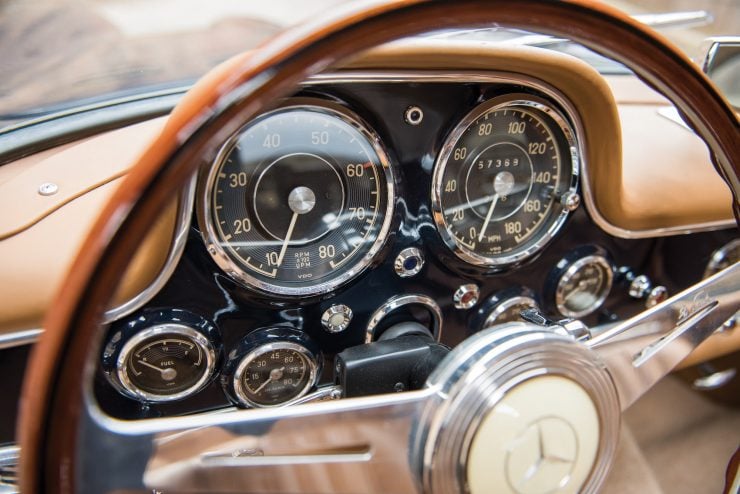 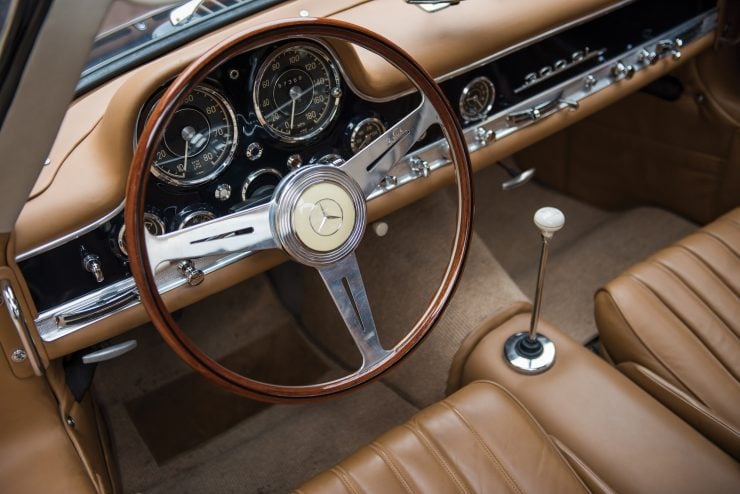 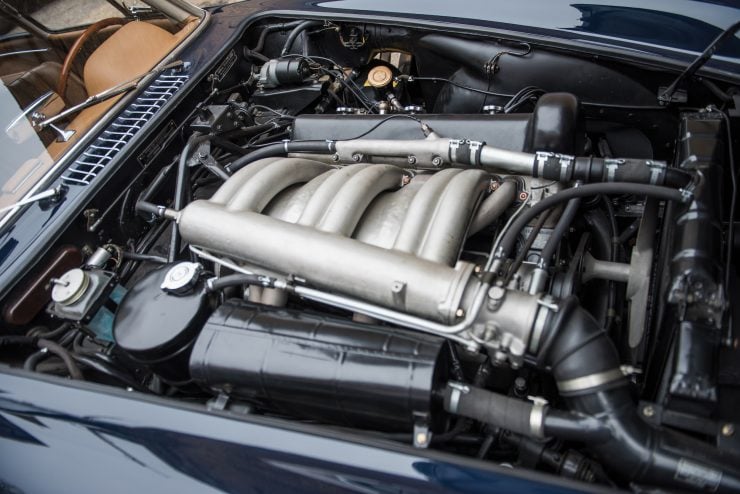 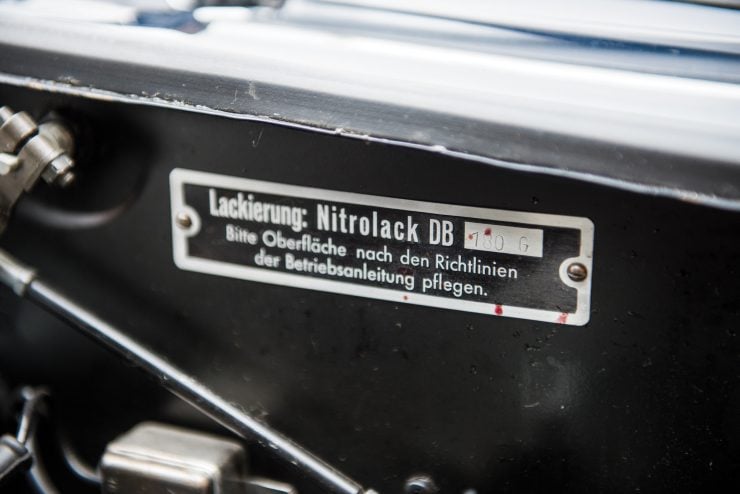 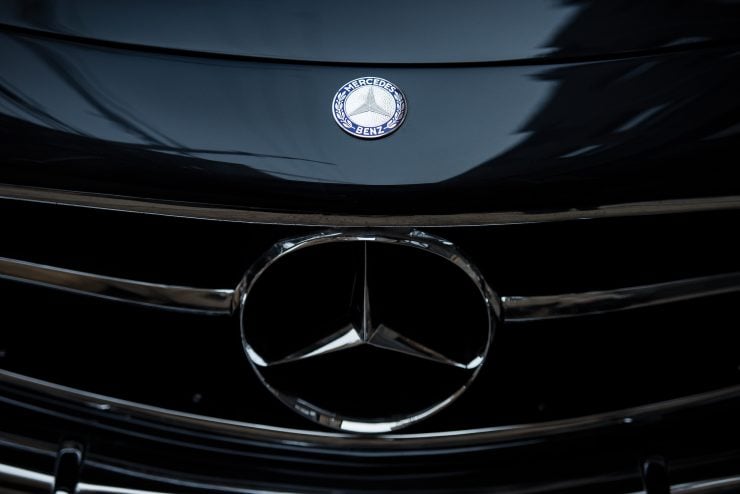 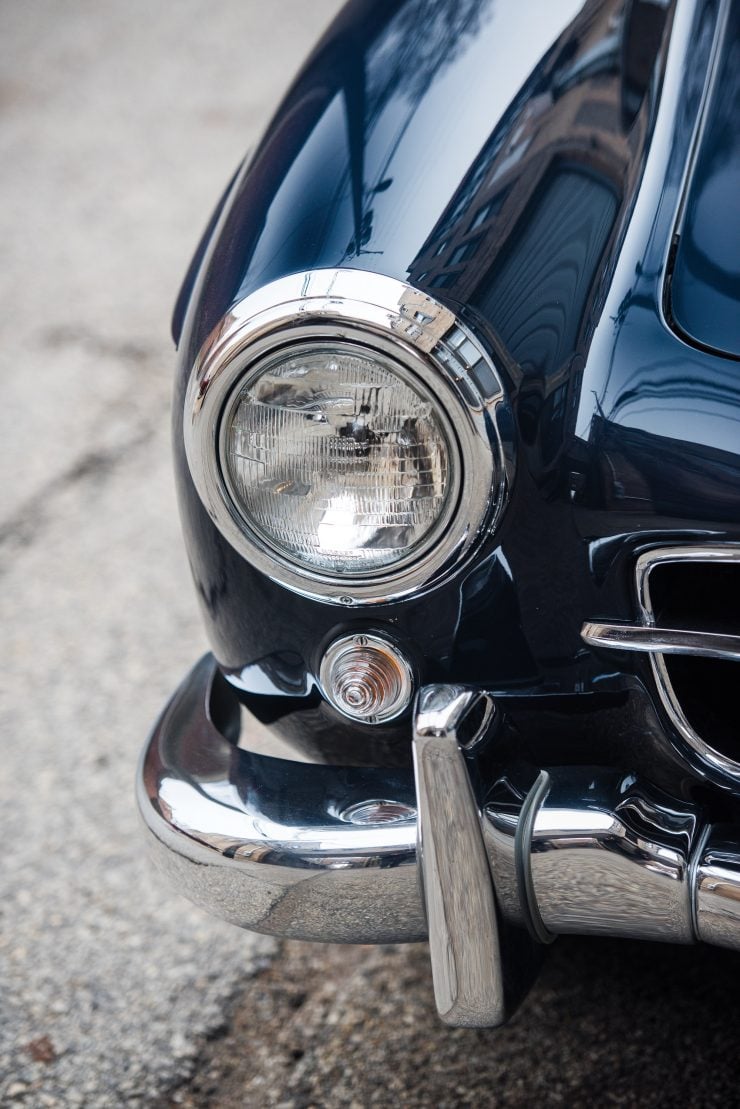 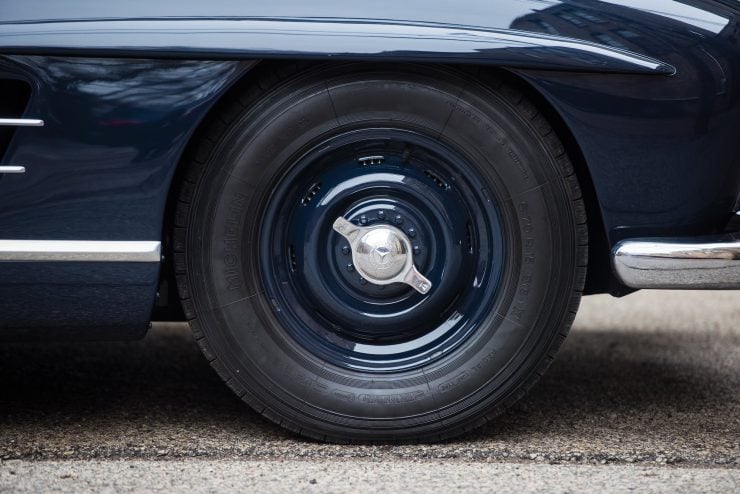 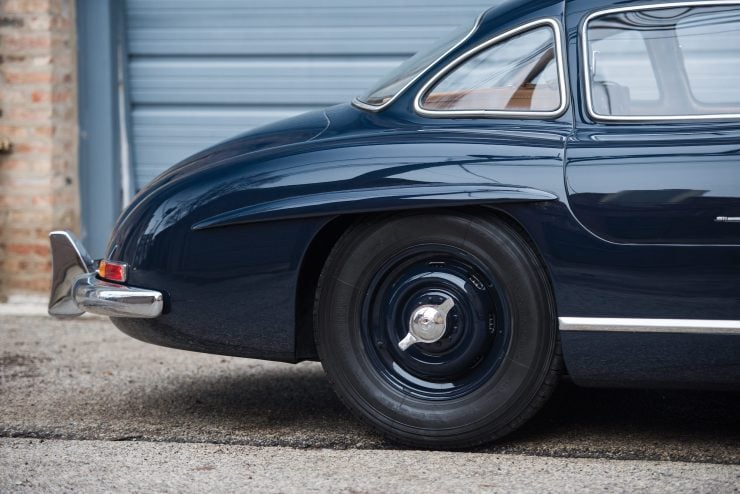 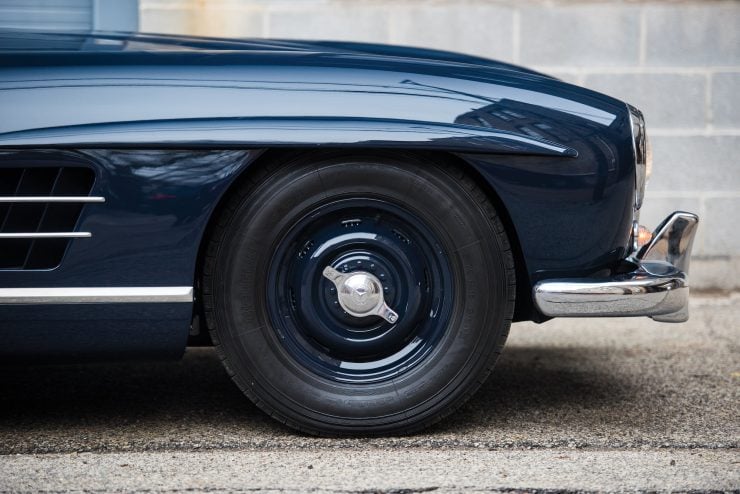 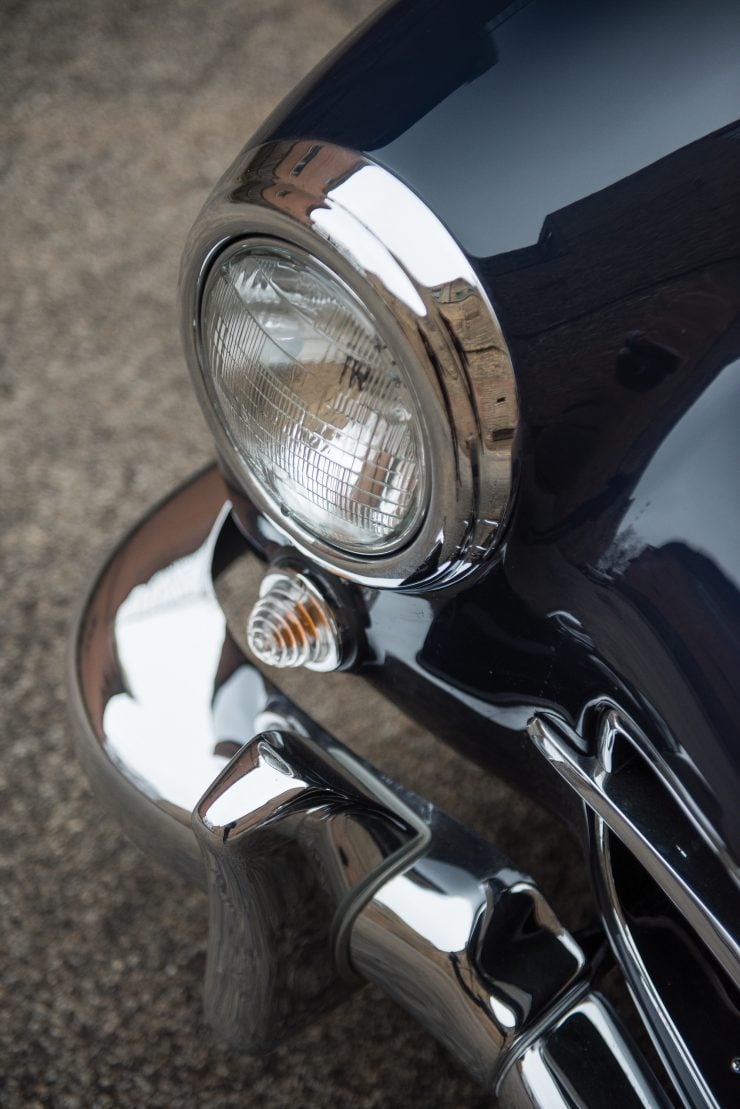 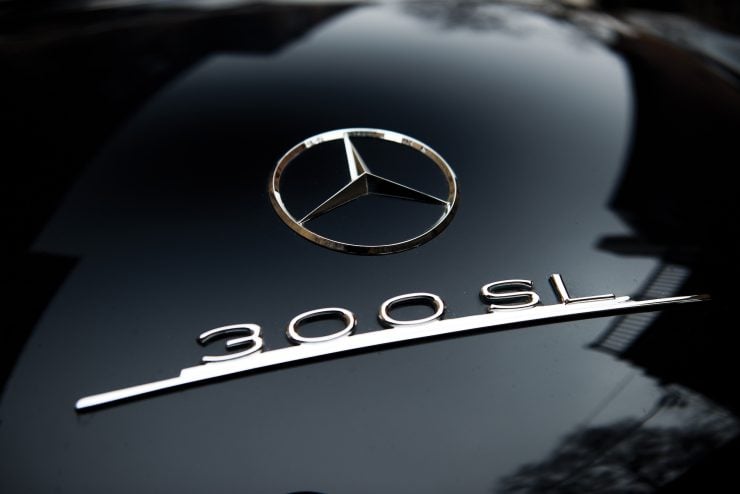 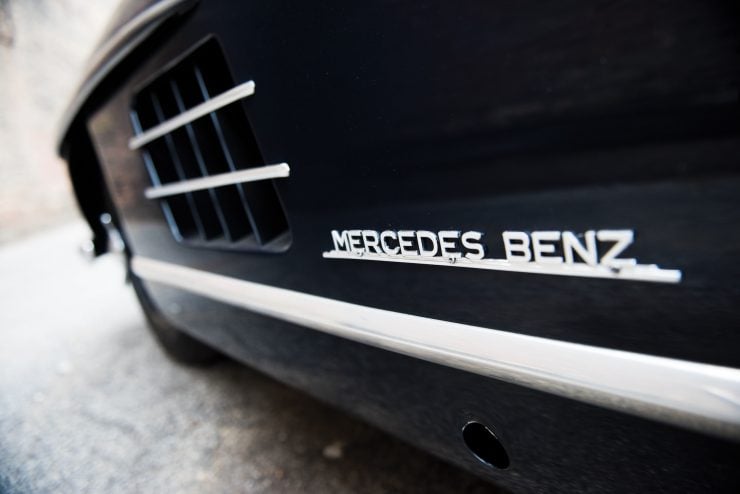 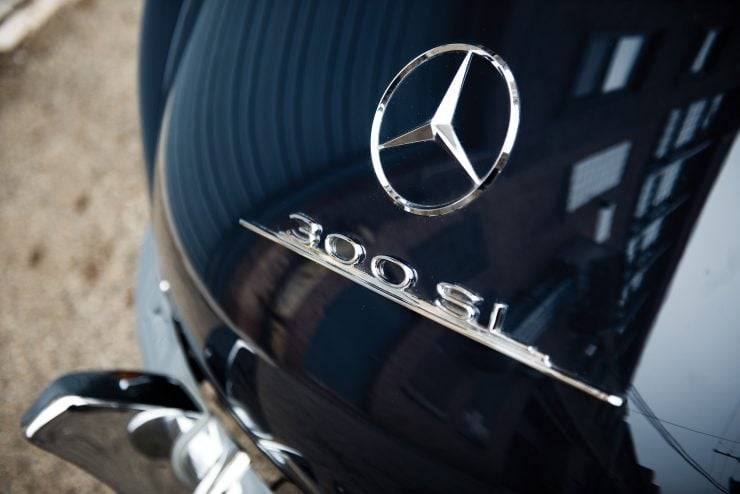 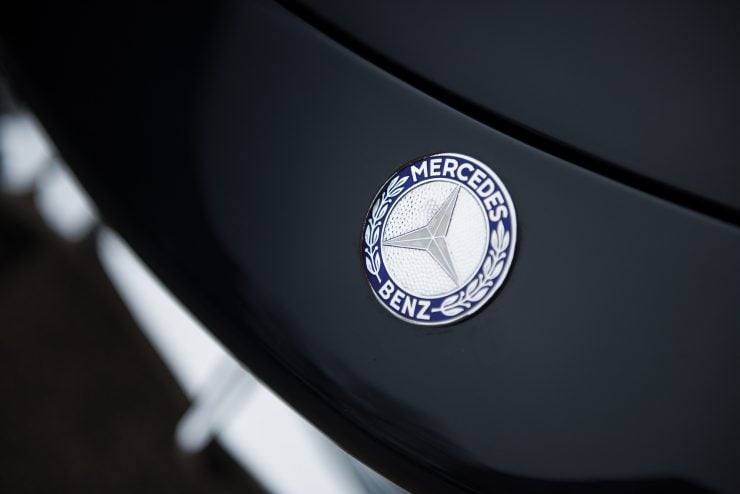 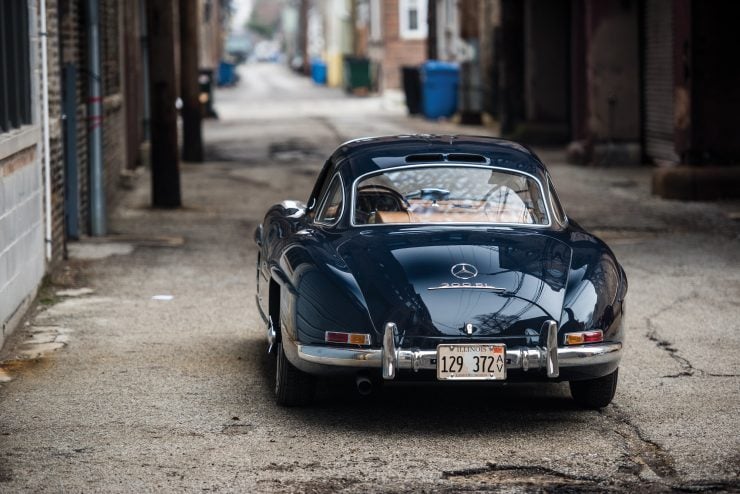 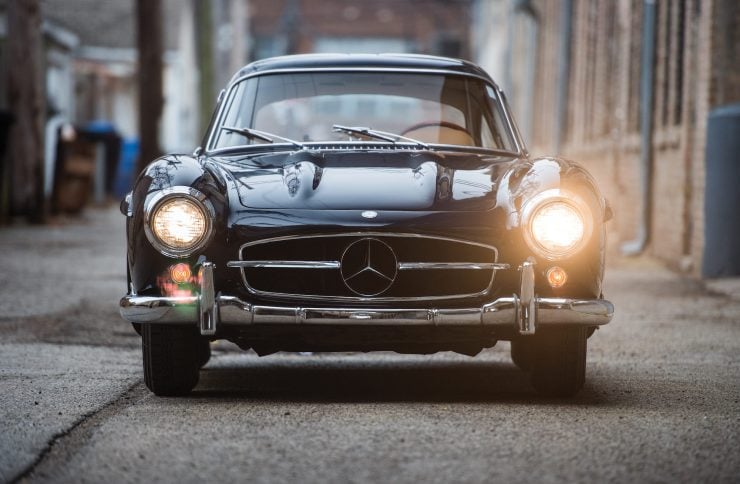 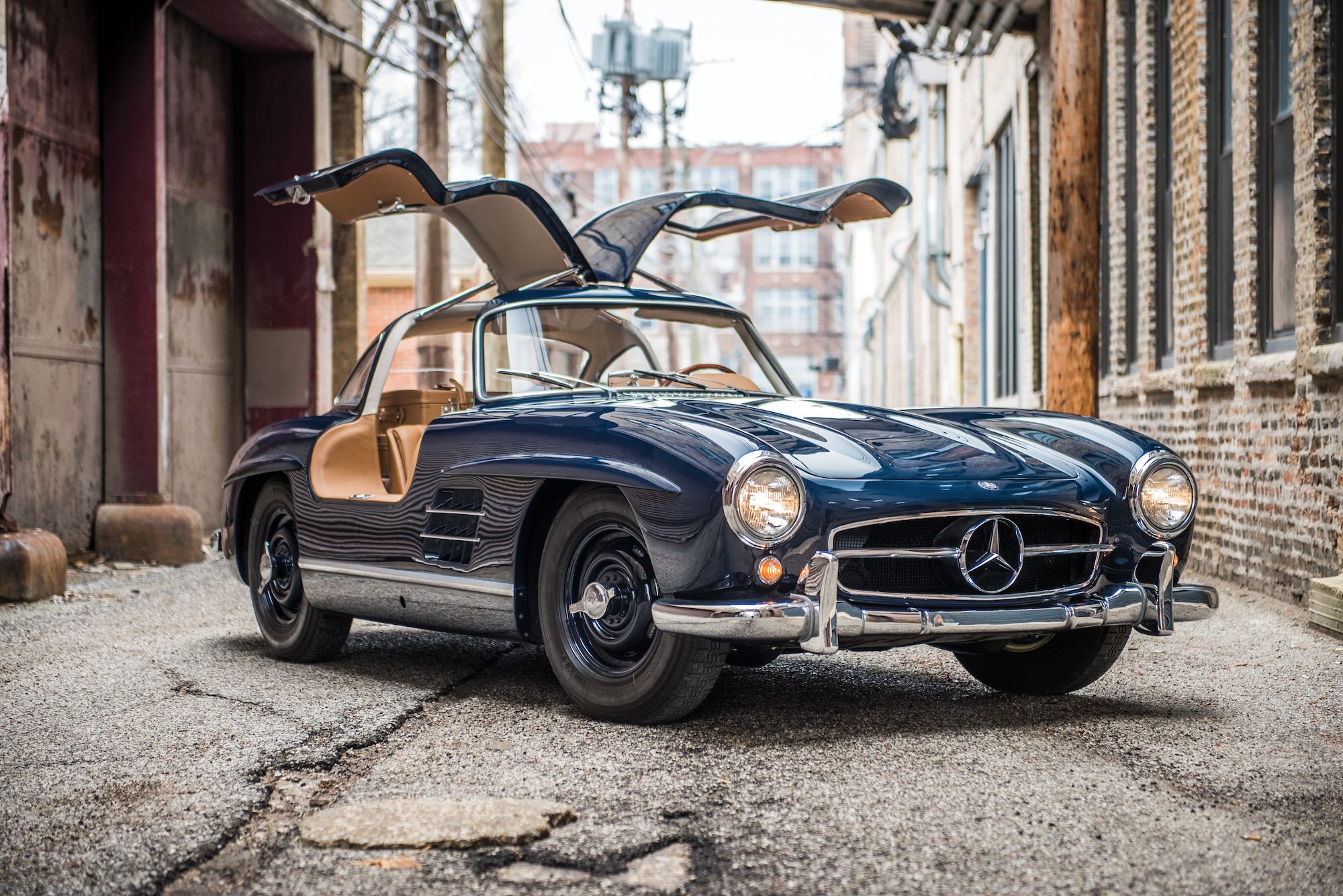 This 1981 Toyota DLX Pickup has been immaculately restored with careful attention to small details, like the correct silver and silver-gray sport stripes and…

This 1983 Ferrari 400 GTi is unusual for a couple of reasons, it was ordered new with a 5-speed manual transmission (most were automatics),…

Singer Vehicle Design have been creating what are arguably the world’s greatest modified Porsche 911s since 2009. Best known simply as “Singer” the company…

This is the Land Rover Series 2A that was used in the film Peter Rabbit 2: The Runaway released in 2021. The film starred…