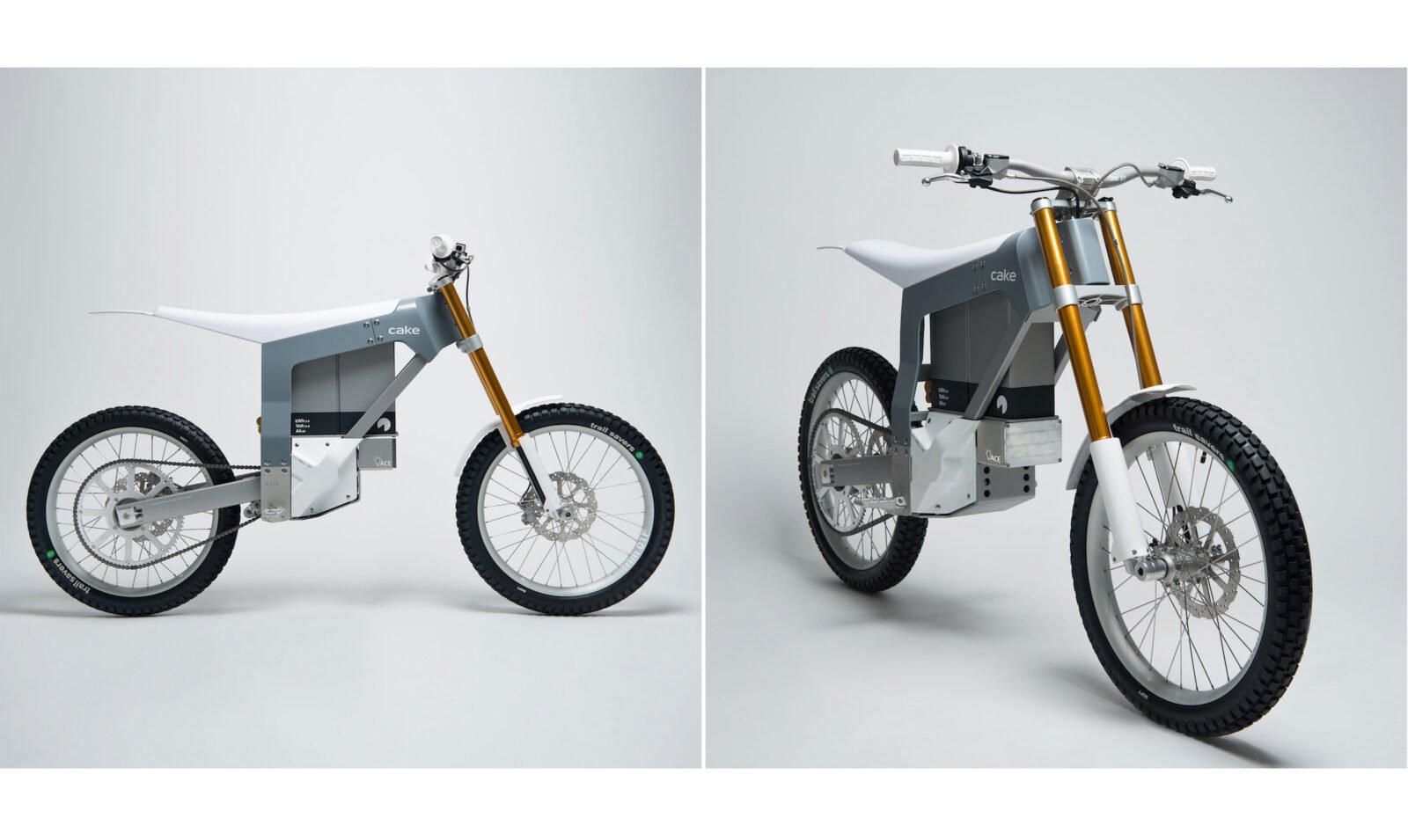 The CAKE KALK electric bike was designed from scratch to offer dual sport capabilities – for those who need to commute during the week, but want to hit the trails on the weekend. As battery technology continues to improve, we’re seeing electric bikes (and electric motorcycles) getting lighter, faster, and offering better range.

The KALK model is the first electric bike from CAKE, Swedish company dedicated to designing and building clean, high-performance electric bicycles with a focus on dual sport and off road riding.

The Engineering of the CAKE KALK Electric Bike

In order to centralize mass, the IPM electric motor and the lithium-ion 51.8 Volt, 50Ah battery pack are located directly underneath the rider, with the heavy engine sitting low in the frame and driving the chain via a single pivot direct drive.

The CAKE KALK electric bike has a total weight of 70 kilograms and top speed of 80 km/h, with a range of approximately 80 km (depending on use and rider weight). The electric motor produces 15 kW and 42 Nm peak torque – that’s approximately 31 ft-lbs.

The overwhelming majority of components used on the KALK were designed in-house, including the axles, hubs, rims, the cockpit, and frame,  with the suspension being developed in collaboration with fellow Swedes over at Öhlins.

The onboard software systems are updatable, meaning you’ll be able to download and install improvements over time. There are 3 riding modes at present, as well as adjustable motor braking and regenerative braking. 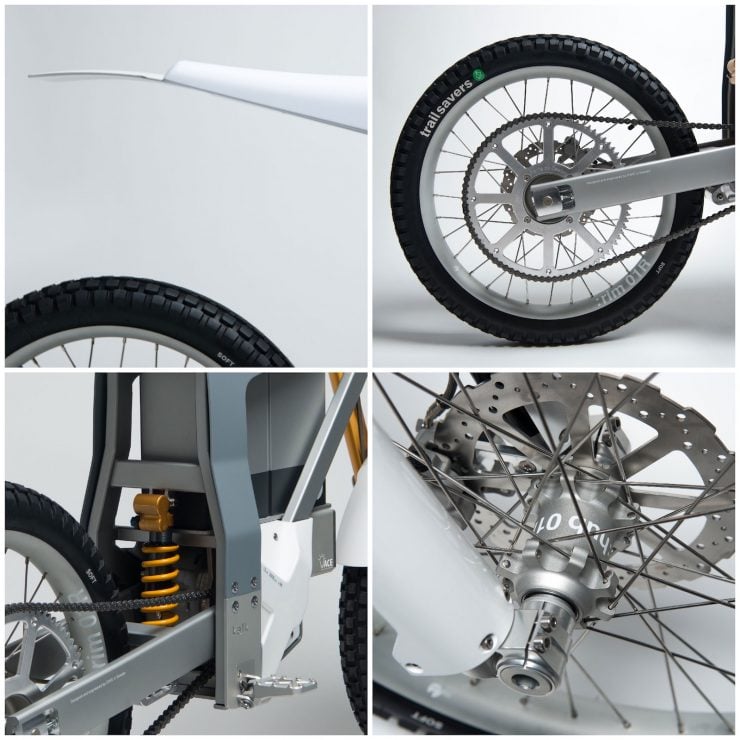 The front suspension is a set of 38 mm Öhlins forks, with 204 mm travel, and  adjustable compression and rebound. In the rear there’s an Öhlins TTX monoshock with a nitrogen reservoir, as well as 16 click low speed compression and 7 low speed rebound settings.

The front and rear brakes are 4 piston calipers with 220 mm stainless steel rotors, and alloy levers. The front and rear wheels are 24 inch, 50 mm 6061 aluminum alloy, with triple chamber rims and aerospace grade 7075 Power Hubs™. “Trail Savers” soft-compound tires are used front and back to minimize environmental impact and degradation of trails.

How To Buy One

Obviously this will be out of reach for many, however there current global surge in interest surrounding electric cars, motorcycles, and bikes will likely mean there is no shortage of orders. Electric bicycles in particular are rapidly becoming the de facto form of transport for many in developing countries, and the larger European cities aren’t far behind.

With full aluminum and carbon fibre construction, a replaceable battery back and motor, and a reprogrammable ECU, the CAKE KALK is one of the more future-proof electric bicycles – and as with almost all electric vehicles, they require very little maintenance or servicing. 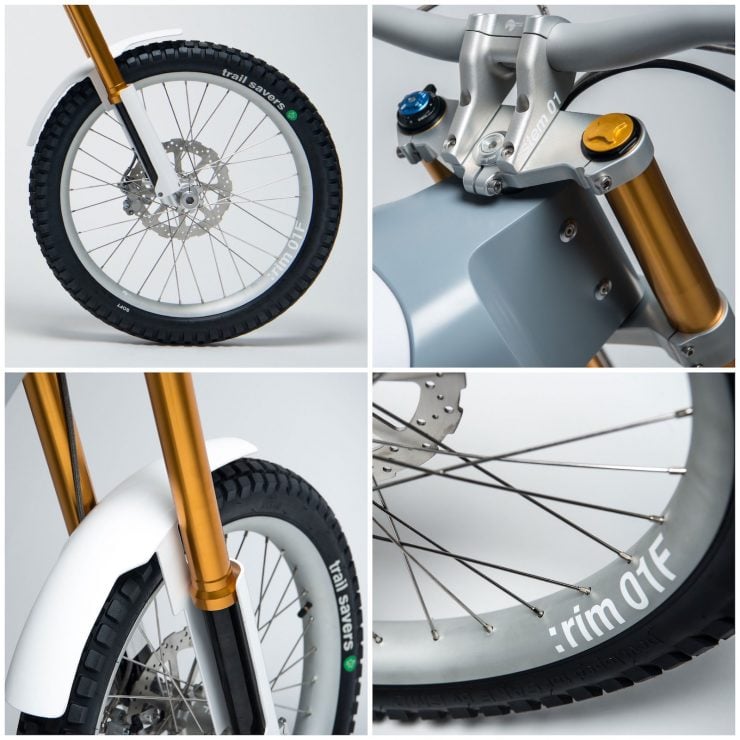 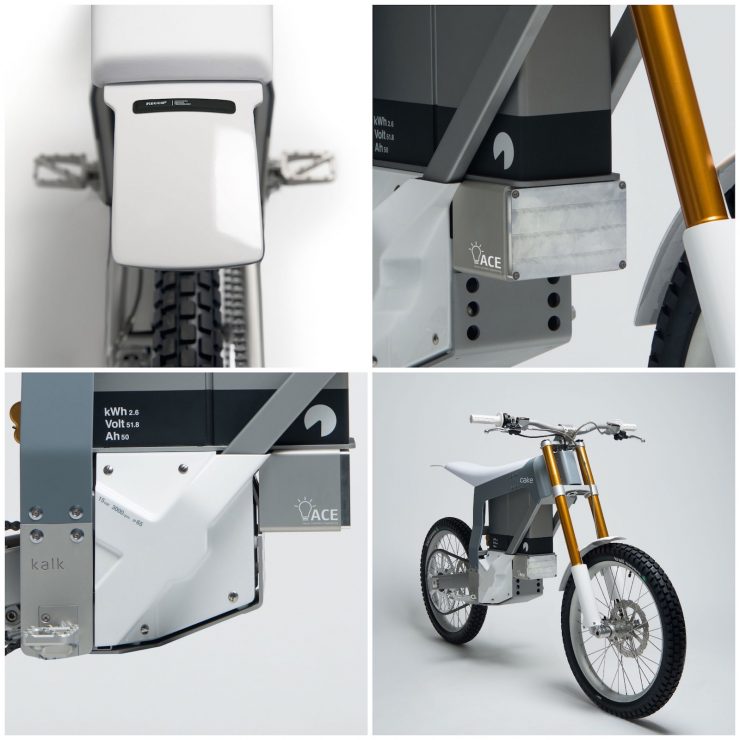 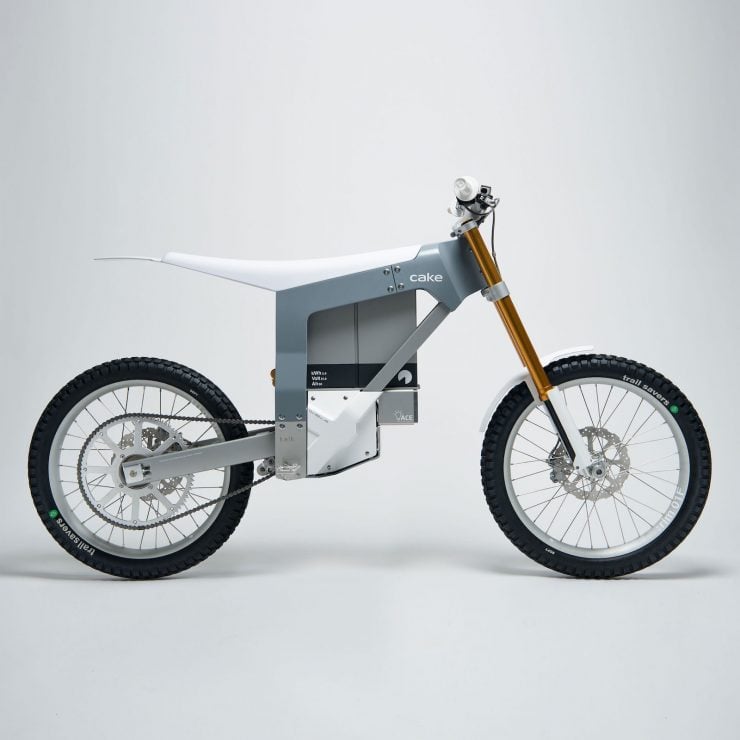