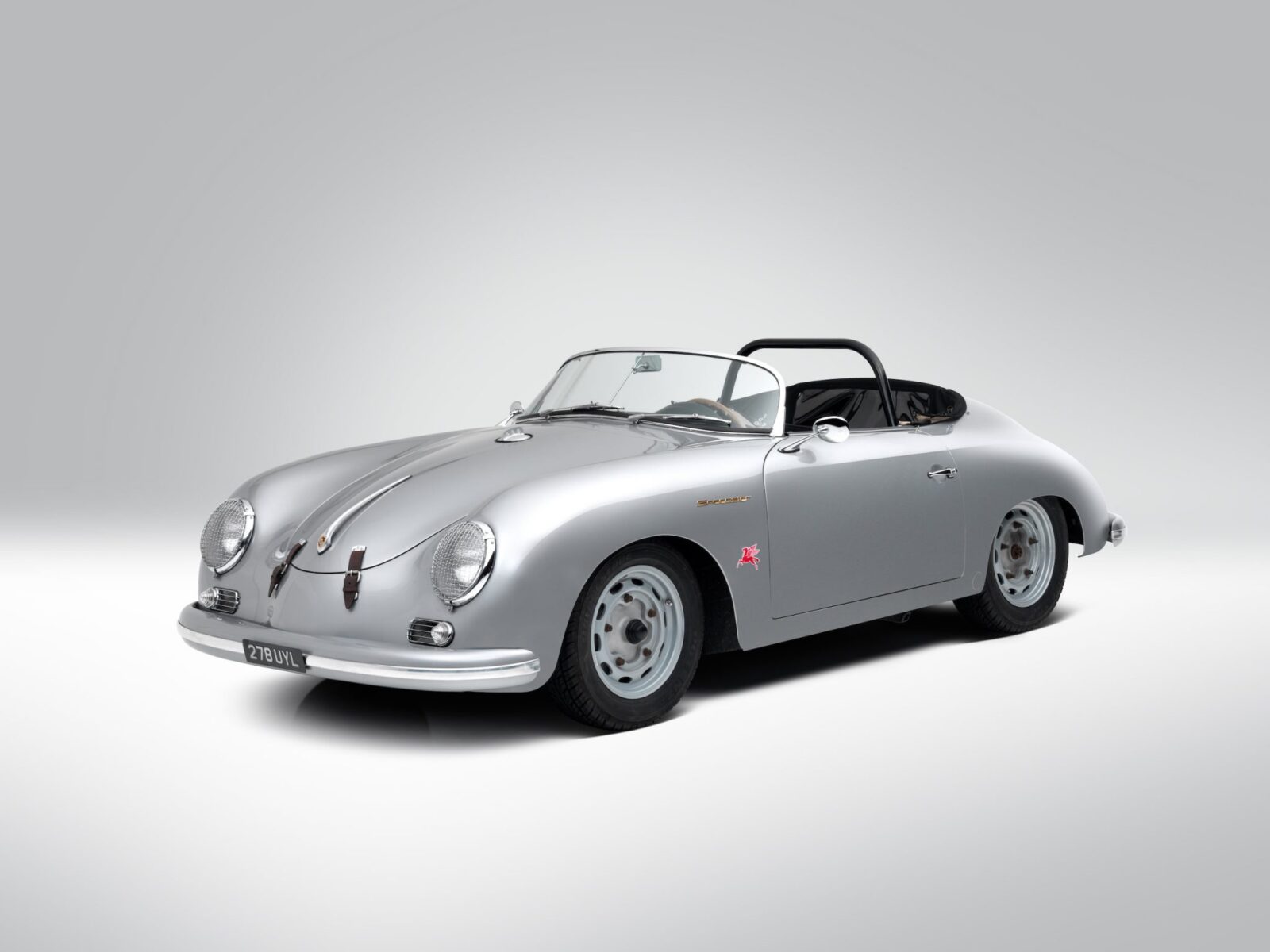 A Short History of the Porsche 356 Speedster

The Porsche 356 Speedster is a car that Porsche was reticent to build. The regular 356 was selling well in the USA, but hugely influential importer Max Hoffman had been on the phone explaining to the chaps in Stuttgart that there would be a strong market for a less expensive, more sporting version of the model to compete with the popular roadsters coming out of England.

The concept of a stripped down Porsche 356 wasn’t entirely new. John Von Neumann, Porsche’s West Coast distributor, had created a barebones 356 in the late 1940s to create a lightweight competition car. Von Neumann had a keen understanding of car culture, explaining “Guys want to go, on a Saturday night in June, down Sunset Boulevard with their elbow over the door and the girls can see them in the car.” Von Neumann’s quote is an apt description of the Speedster, that would first appear on American shores in late 1954 to be sold through Max Hoffman’s dealership.

The first swing Porsche took at building a car to the specification suggested by Hoffman was a commercial failure. Rather than building the Hoffman sports car as a version of the 356, they created an entirely new body for it, and had it made from aluminium by coachbuilder Heuer-Glaser. Although beautiful, it suffered the same ballooning costs as the ill-fated BMW 507 Roadster and the project was cancelled after just 17 were made.

Lessons learned from the Roadster project were applied to the second attempt, now called the Speedster, and it was based on the same body as the popular 356 A. Porsche had succeeded in keeping the costs down, and the model was equipped with a low profile curved windscreen (removable for racing), two bucket seats, a minimal folding roof, side curtains instead of roll up windows, and a somewhat spartan interior.

The plan concocted by Porsche and Hoffman was to keep the cost of the new model below the magic $3,000 mark, and they succeeded – the Speedster went on sale with a sticker price of $2,995. It proved to be an instant success, particularly in Southern California where the flimsy side curtains and folding roof would rarely be needed.

It was originally delivered to Hoffman’s dealership in New York, with ivory white paint, a tan leather interior, sealed beam headlights, the tachometer in miles, and USA bumpers. Skipping forward to 2003, the car was taken in by Porsche specialists Mr. Scrogham of G&W Motorwerkes Ltd in Virginia who undertook a complete rebuild – with a $60,000 invoice now on file as a result.

While in the care of Mr. Scrogham the color was changed to silver with a new black interior, a central fuel filler cap was fitted in the bonnet, leather securing straps were added to the hood, a central exhaust was installed, and a roll-over bar was bolted into place.

The original engine was replaced by the highly desirable 1600 SC unit that makes 110 hp – up from the original 70 hp. This new upgraded engine significantly increases the performance capability of the Speedster, so much so that Prescott Kelly (the former Porsche Club of America President) was quoted as saying that the car is “one of the best driving Speedsters, which gives unlimited pleasure to the driver”.

Now living in Britain, the Speedster is due to roll across the auction block with Bonhams on the 21st of May at the Spa Classic Sale, due to be held in Francorchamps, at Le circuit de Spa Francorchamps. If you’d like to read more about the car or register to bid, you can click here to visit the listing. 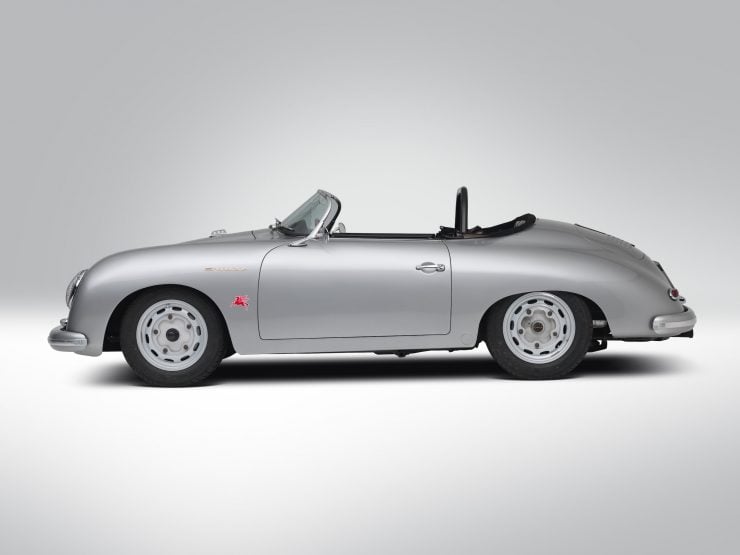 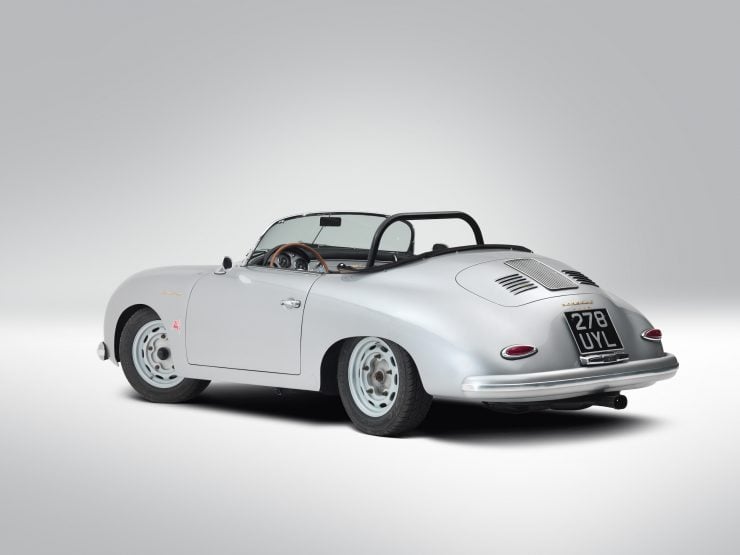 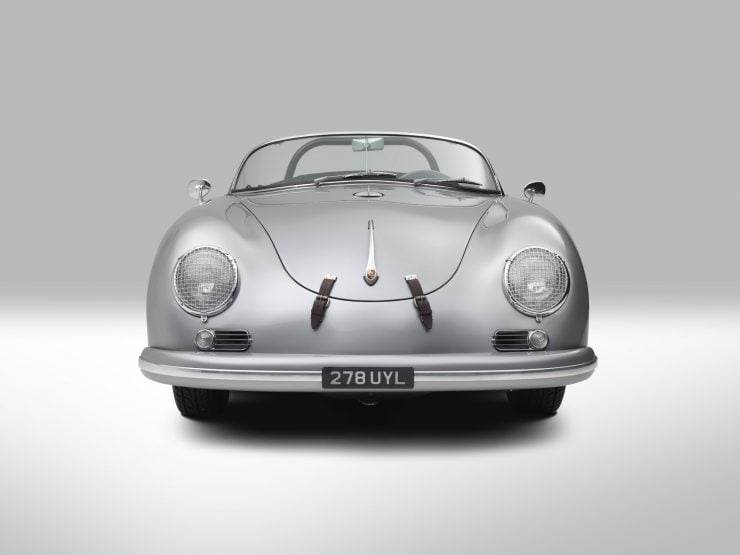 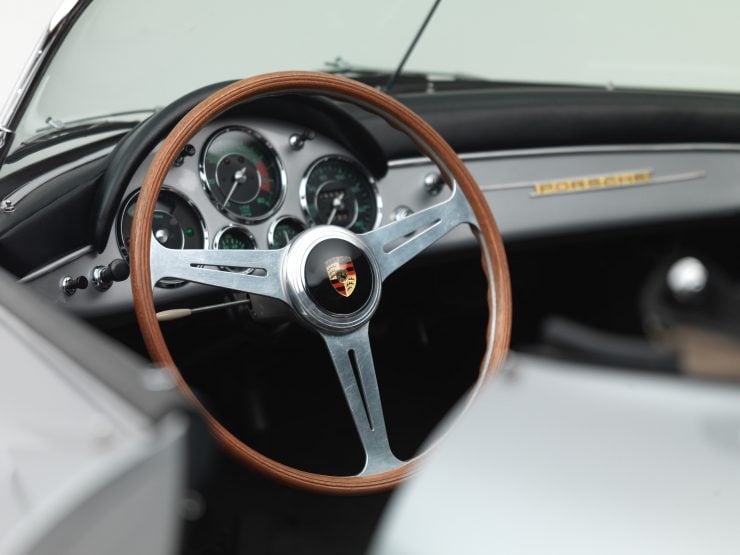 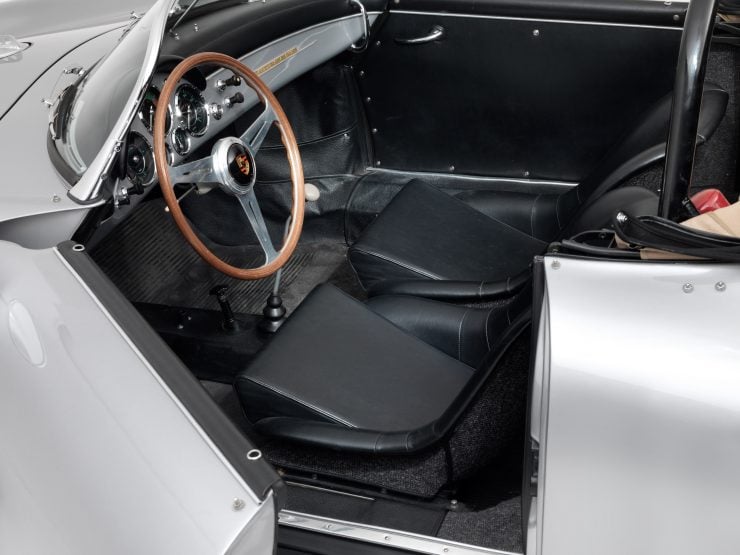 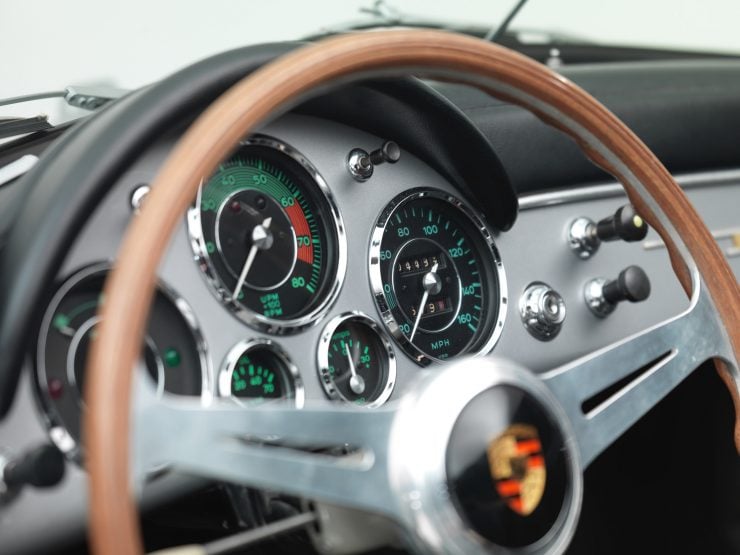 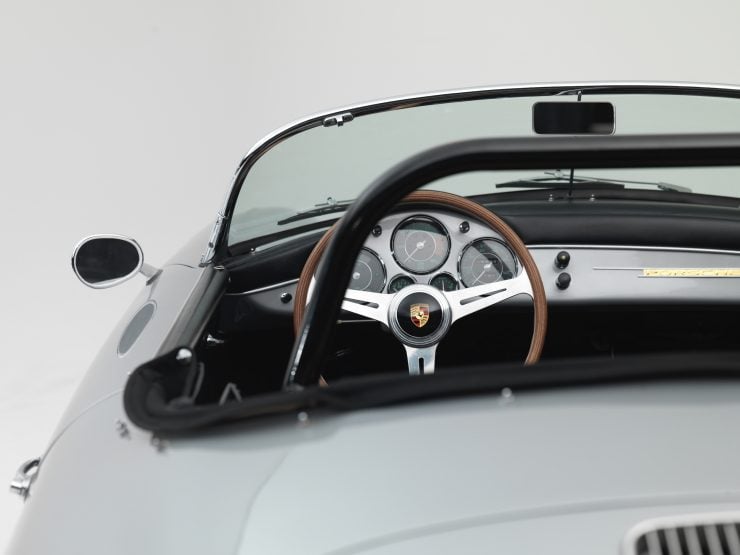 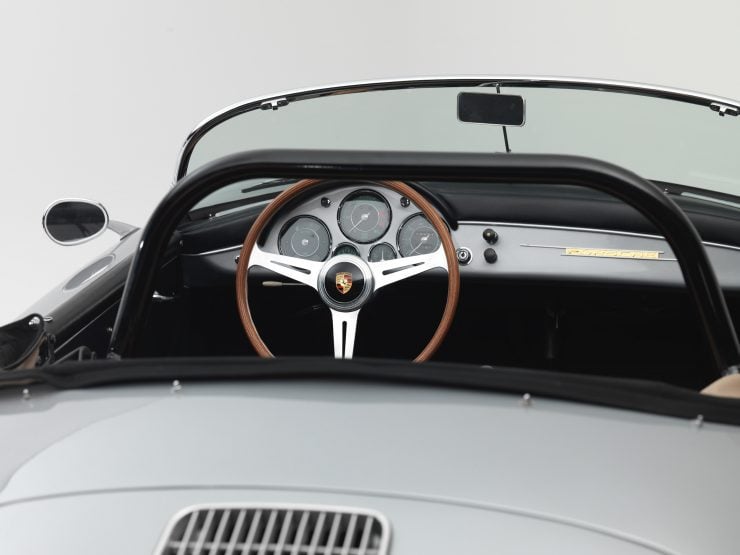 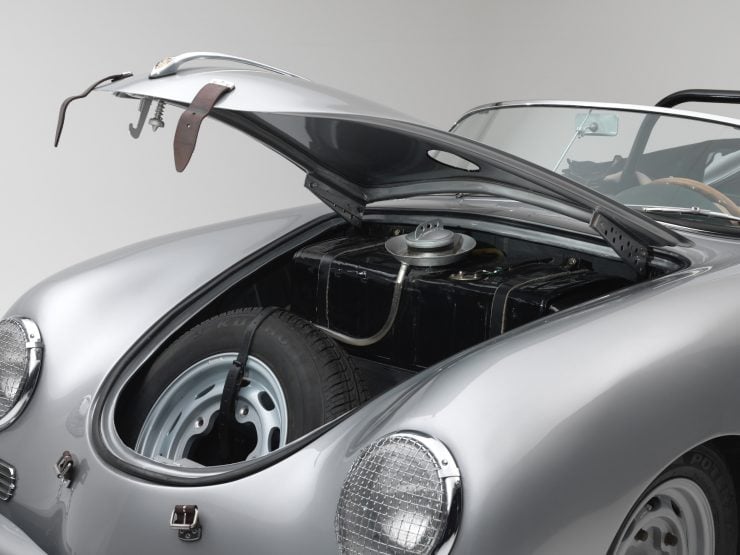 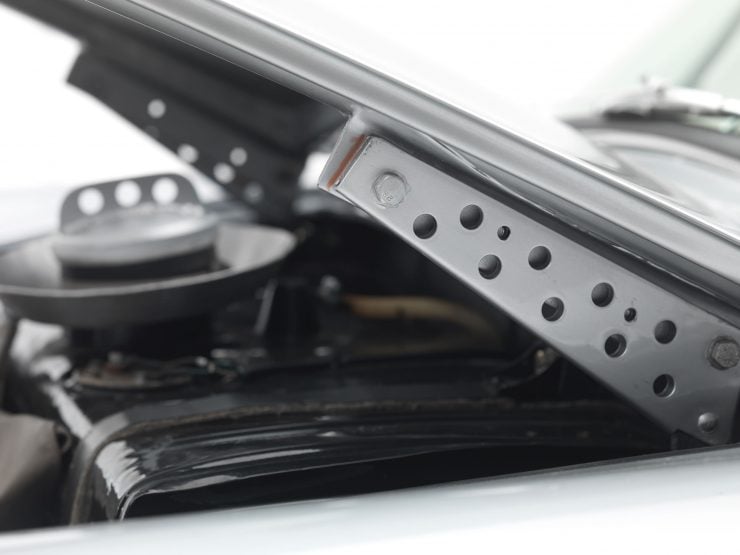 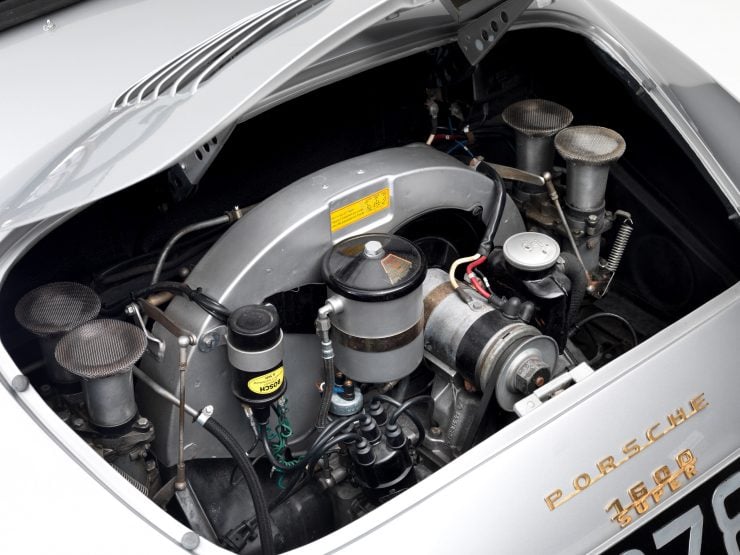 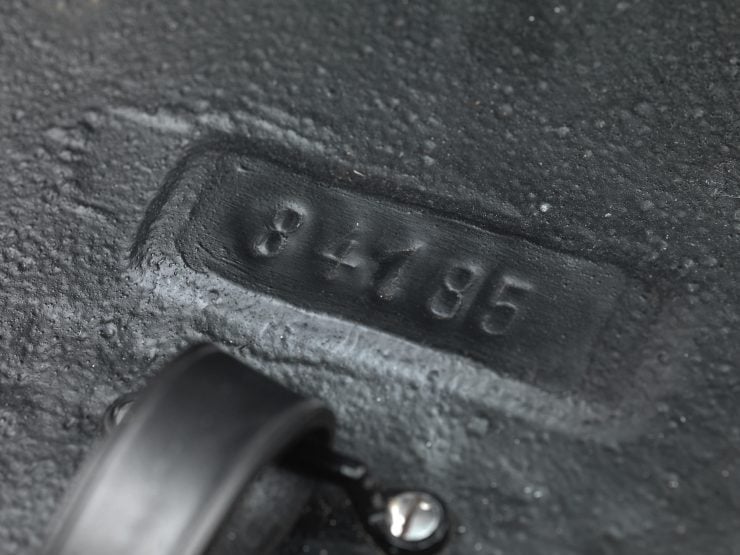 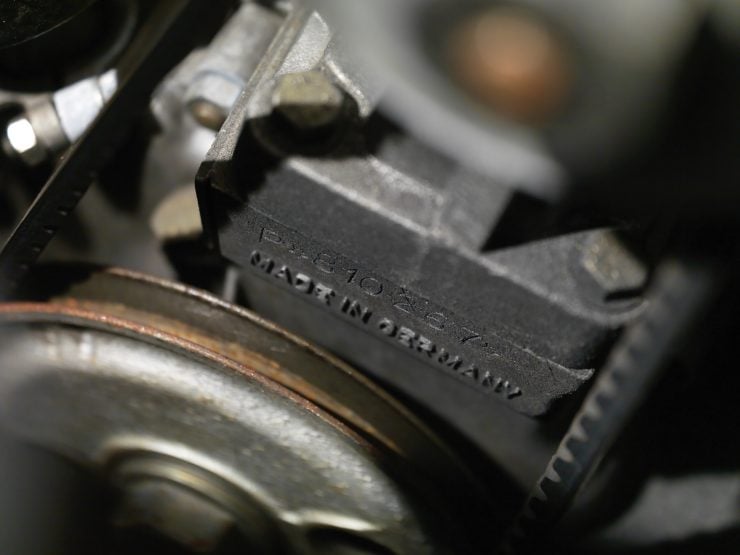 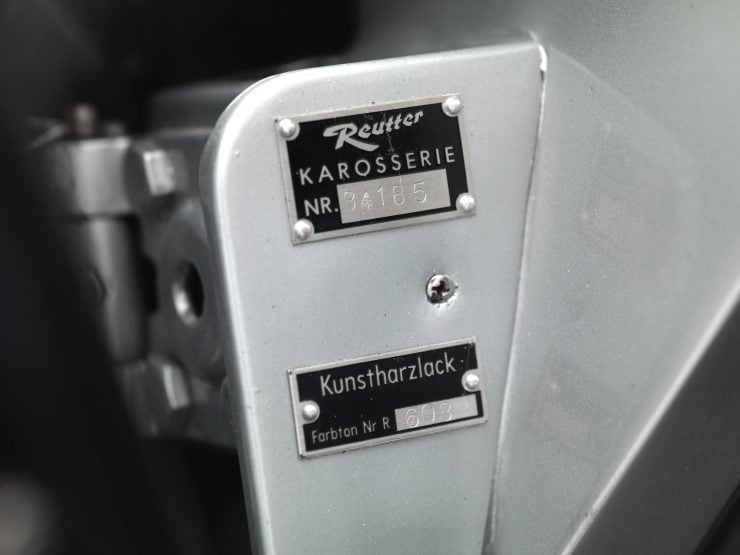 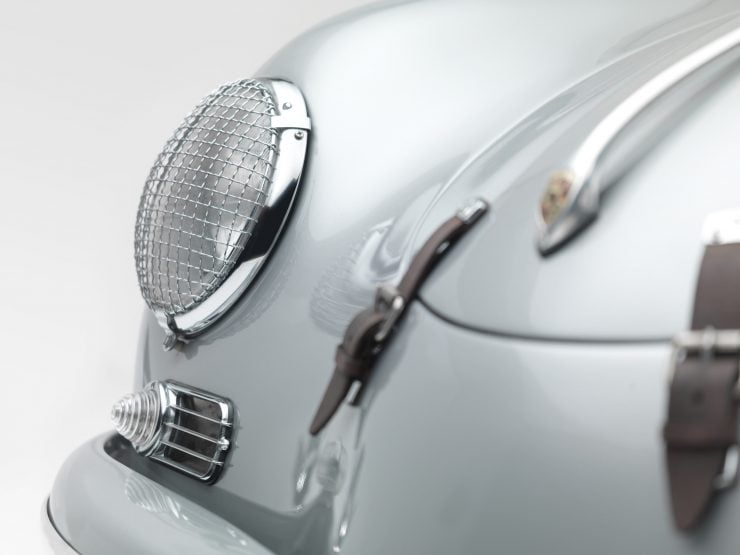 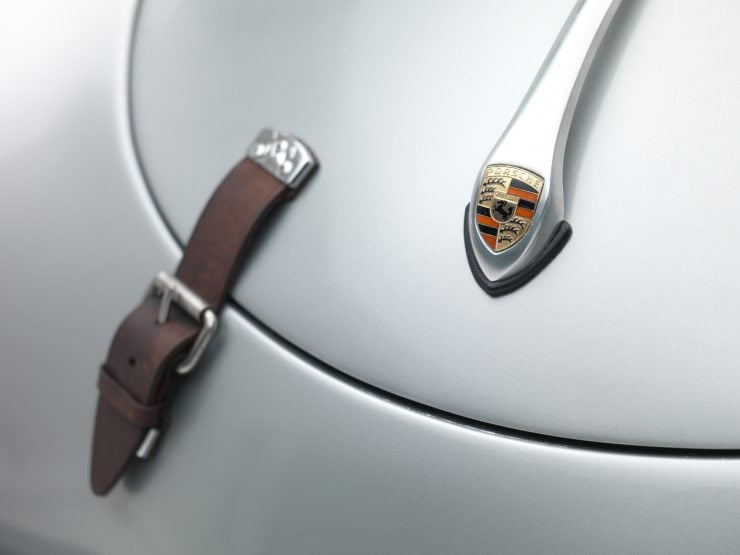 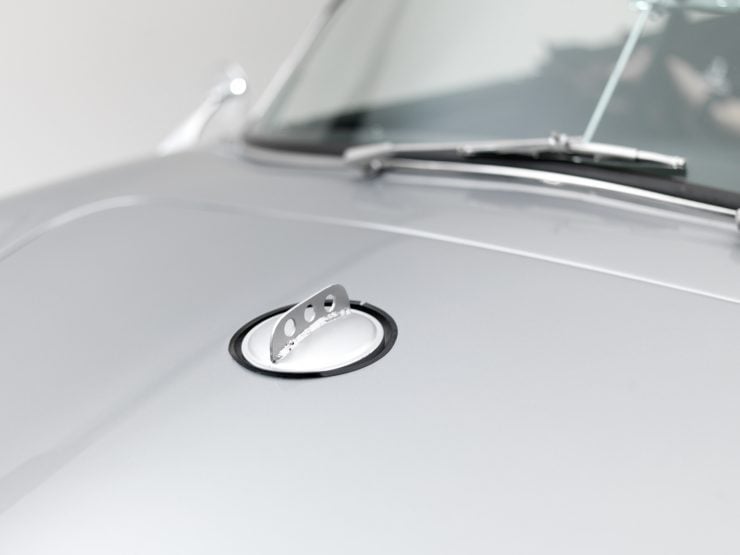 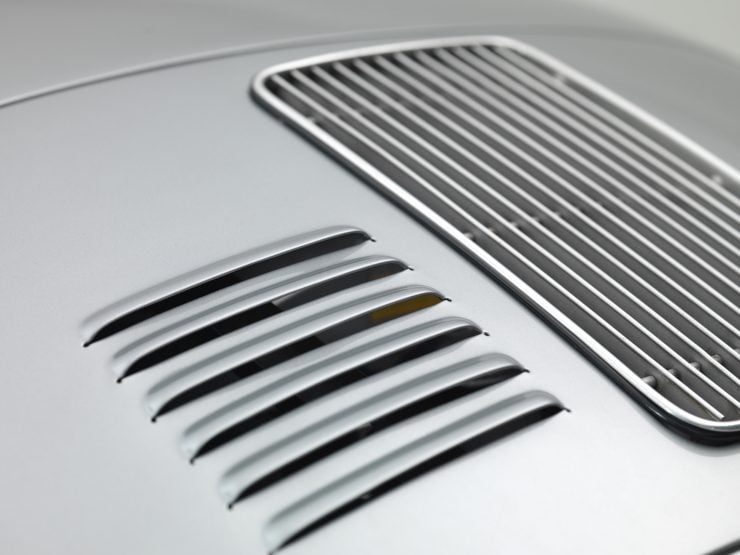 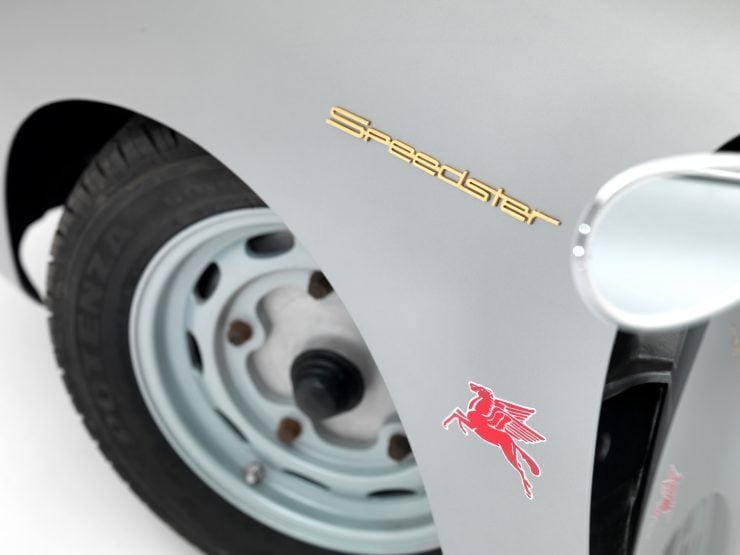 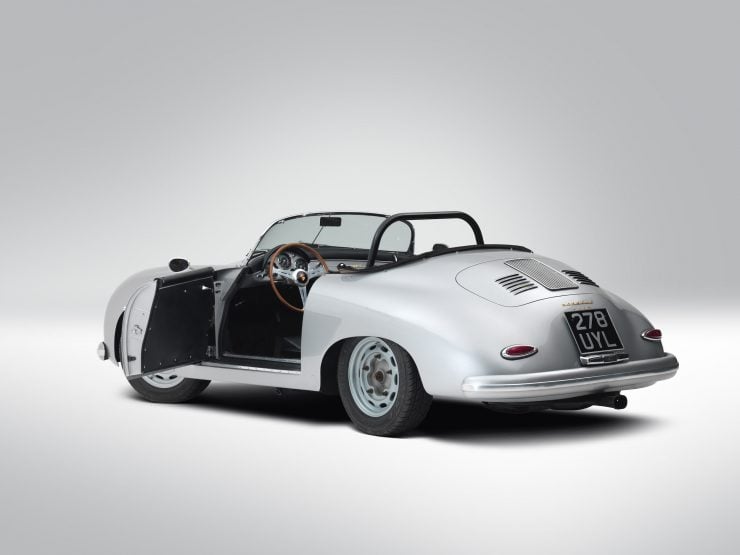