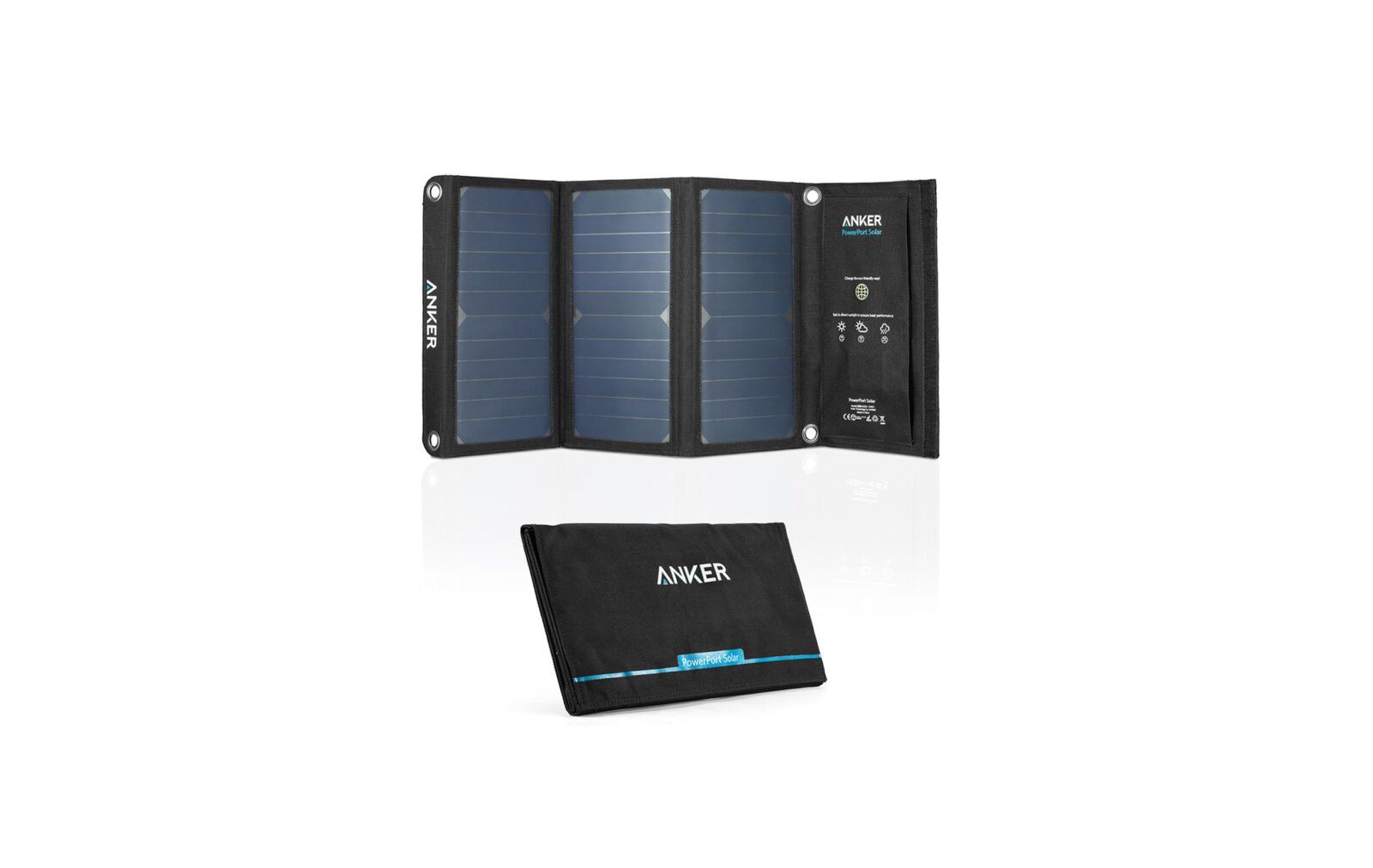 The Anker PowerPort Solar Charger is designed to keep your devices charged when camping, traveling overland, or otherwise off the grid. It has dual USB ports capable of charging almost any portable device including iPhones, Android devices, iPads and tablets, cameras, GPS units, flashlights and more.

It’s designed with stainless-steel eye-holes on each corner so that it can be opened and attached vertically to your backpack to charge devices on the go, whether you’re hiking, riding a motorcycle, or your bag is stowed on a roof-rack.

The main body of the Anker Powerport is rugged polyester canvas, and the PET polymer-faced solar panels are sewn directly into it. These 21 Watt SunPower solar panels are 21.5 to 23.5% efficient, giving enough power to charge two devices simultaneously.

When laid out ready to charge, the Anker PowerPort Solar Charger has a sleeve on the righthand side that allows you to tuck your devices out of direct sunlight whilst charging. It also comes with an 18-month warranty, and importantly it has built-in short circuit and surge protection. 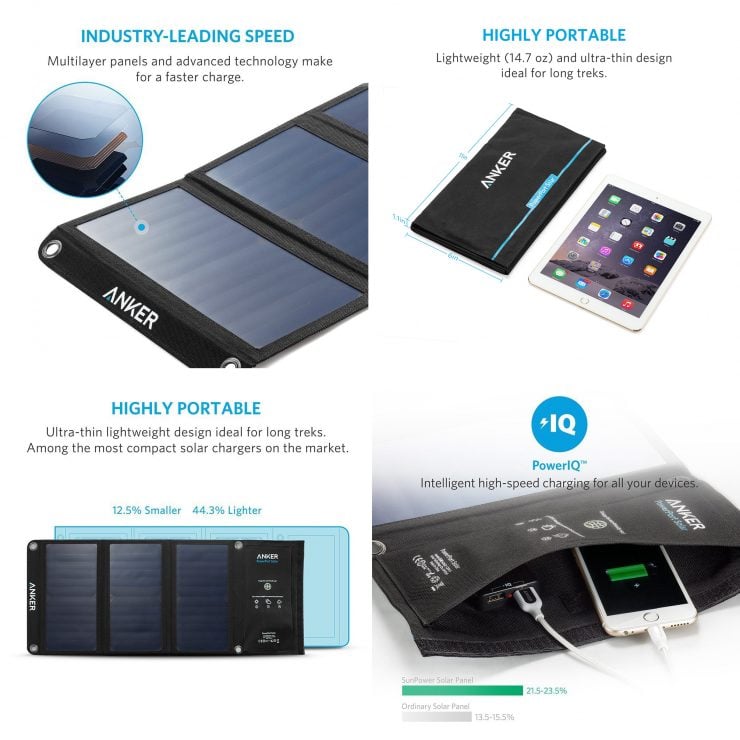 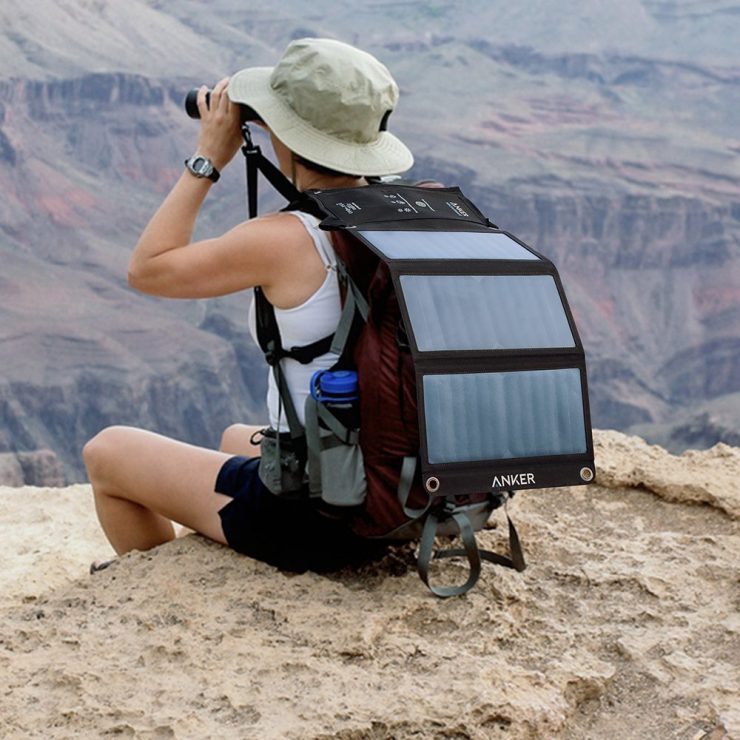 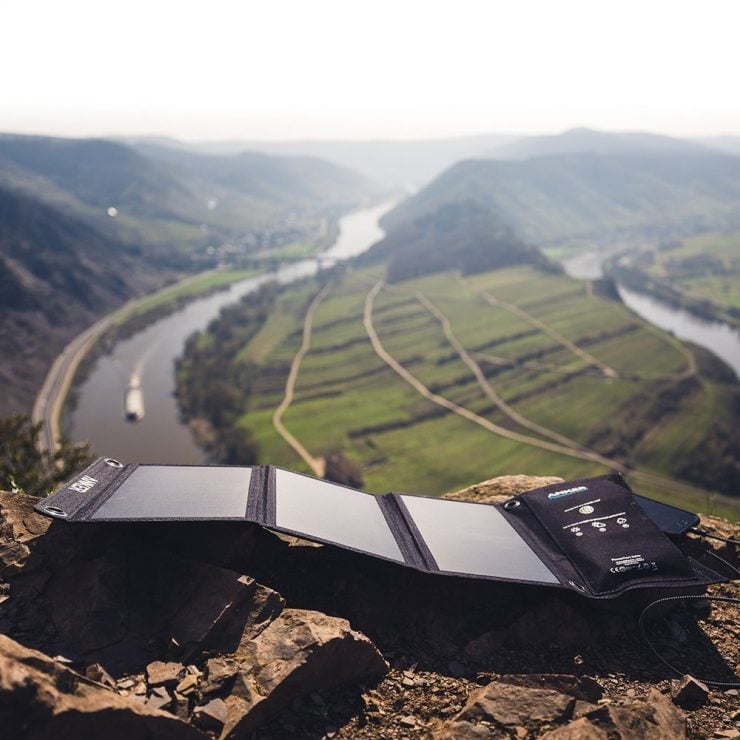 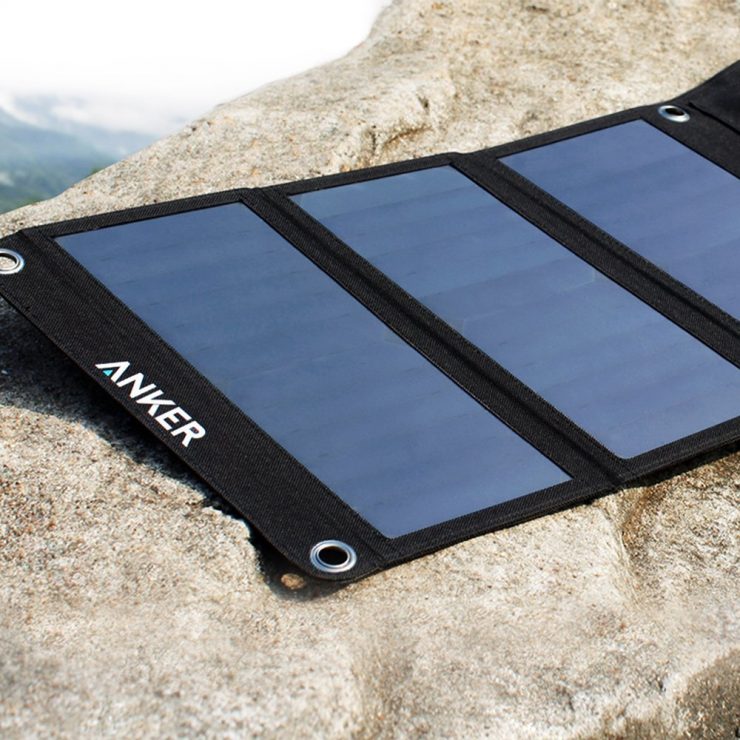 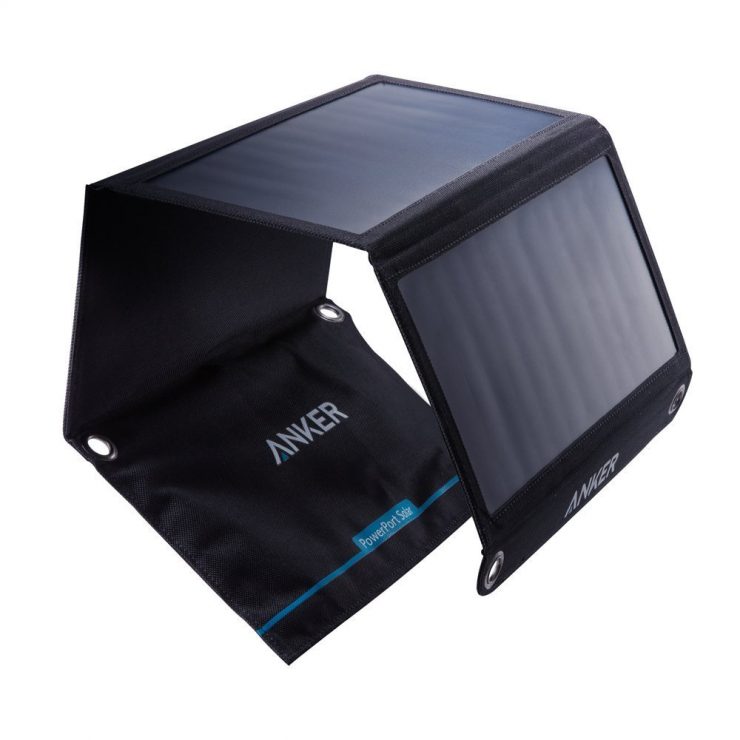