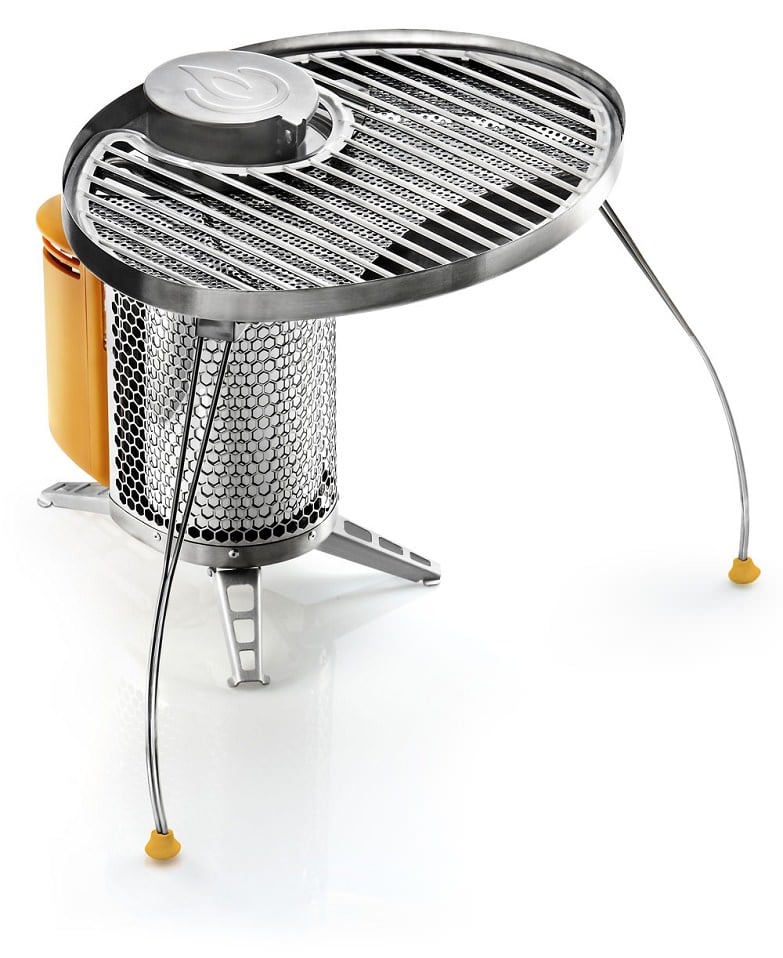 The BioLite Portable Grill has the added benefit of being able to singlehandedly recharge your phone or any other electronic device, using nothing but the heat generated by burning wood inside it’d combustion chamber.

You can pick up a BioLite Camp Stove for $129.95 and the new grill attachment for $59.95, this solves both the dilemma about what you’re going to cook on and how you’re going to recharge your GPS, iPhone or Radio whilst out in the wild. 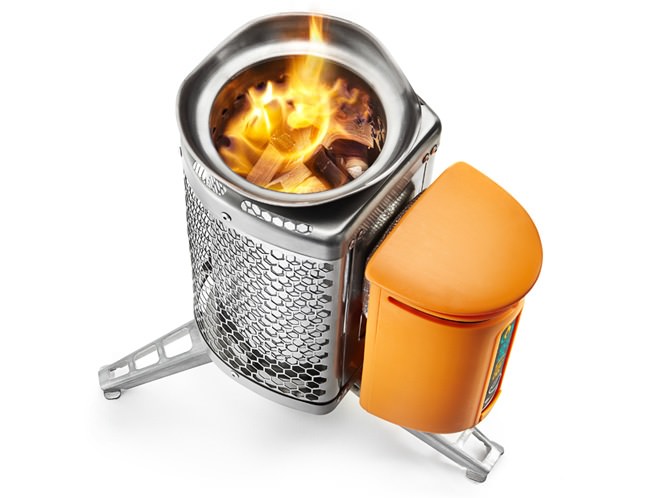