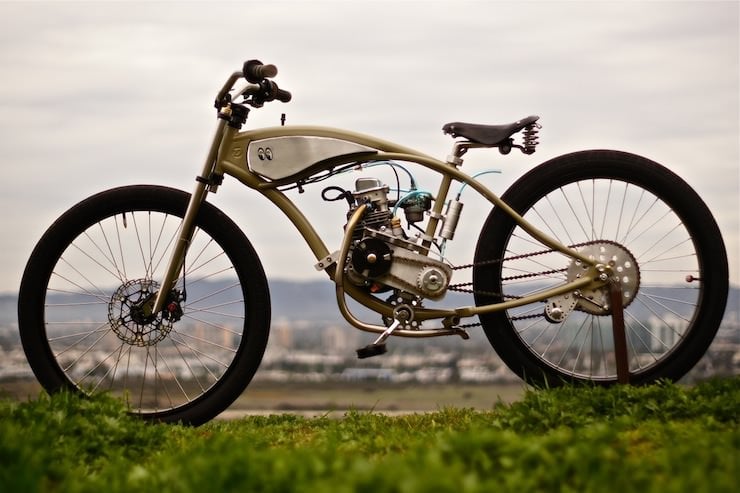 Slapping a motor into the frame of a bicycle, laughing at the idea of suspension, then setting out to race your friends at speeds that are quite remarkably excessive are the founding principles of the world of motorcycling. The pioneers who created the very concept of the motorcycle could look at the bike picture above and below and instantly recognise it as a motorised velocipede, which if we’re honest, actually sounds a lot cooler than “motorbike”.

Jeff Wolf, the proprietor of Wolf Creative Customs, started building race-specific motorised bicycles for his son a few years back, he decided that the standard frames and engines were unreliable and a little on the finicky side so he started building his own stripped back racers from the ground up.

This is the latest creation from the father and son team Jeff and Jonathan, below is Jon’s rundown on the bike and build;

It started out as a commuter bike, that was until our friend from Venice Motorbikes threw in an extra wide back wheel, which required a chopped and widened tail section. This bike is powered by a 100cc 4 stroke with a hopped up cam, larger carb, and a custom exhaust.

The drive system is a custom built and fully adjustable jack shaft set up for the rear wide tire. The front forks are rigid triple tree forks that have been sleeved. We had the frame powder coated with a custom color, and also made a custom aluminum tank for it.

I’m not sure exactly what it is about motorised bikes like this that appeals to me so much, I’m of the mind that we should all get together and rent out a velodrome so we can hold the first international board track racing championship in 70 years. Who’s with me? 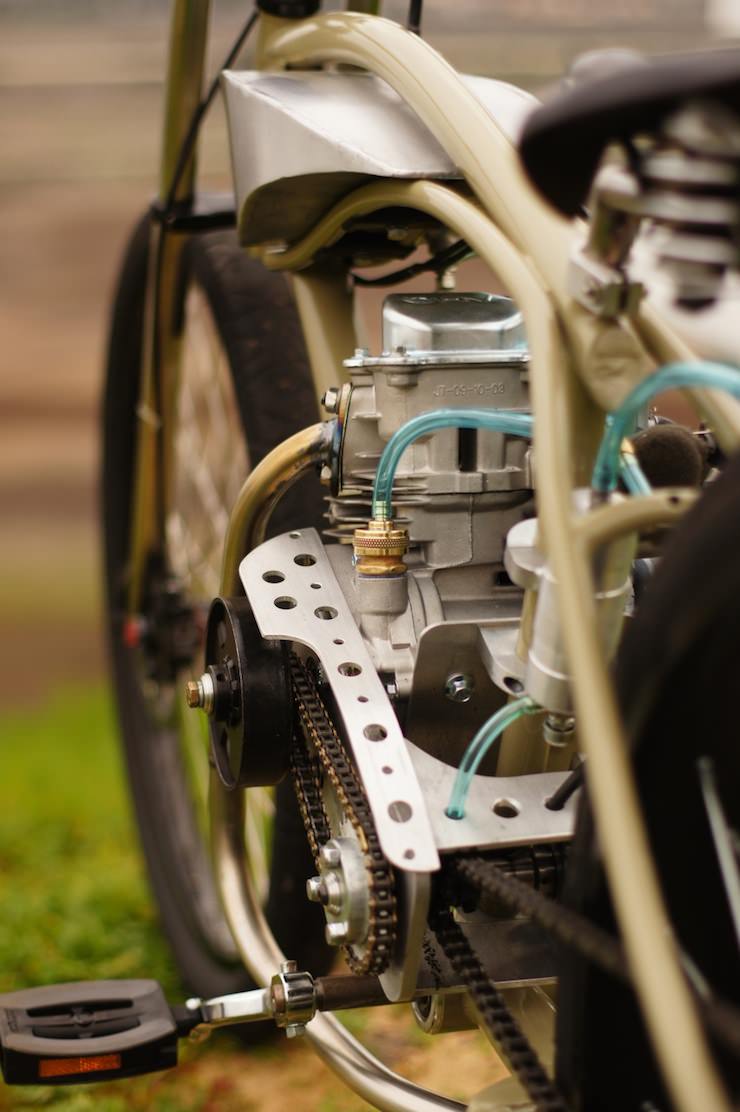 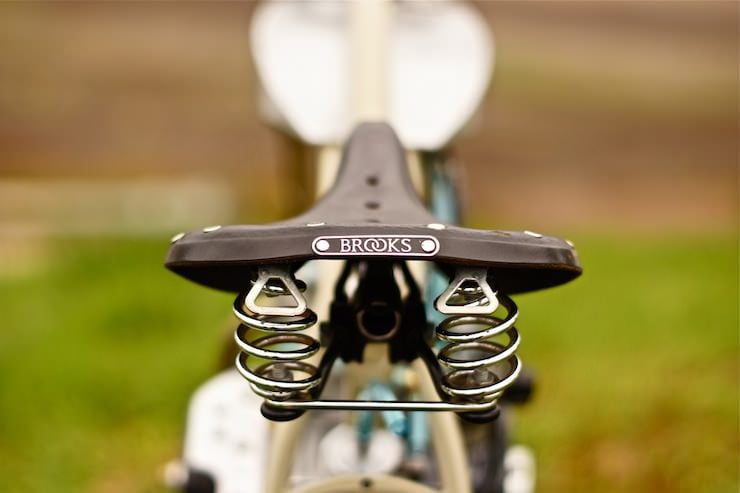 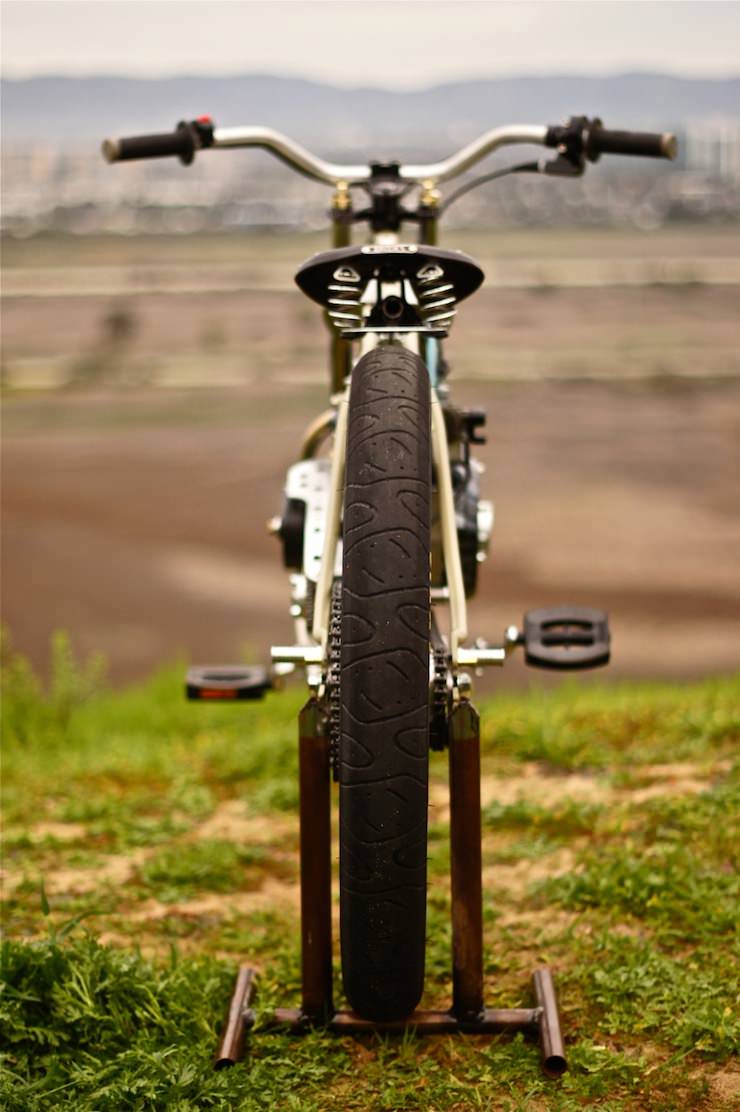 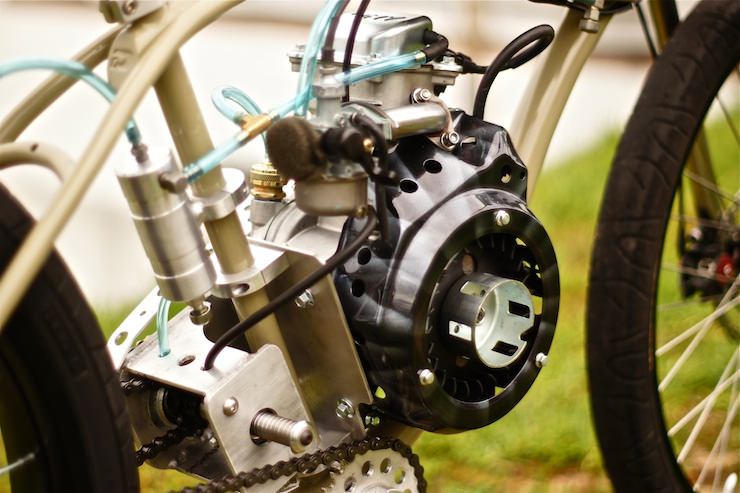 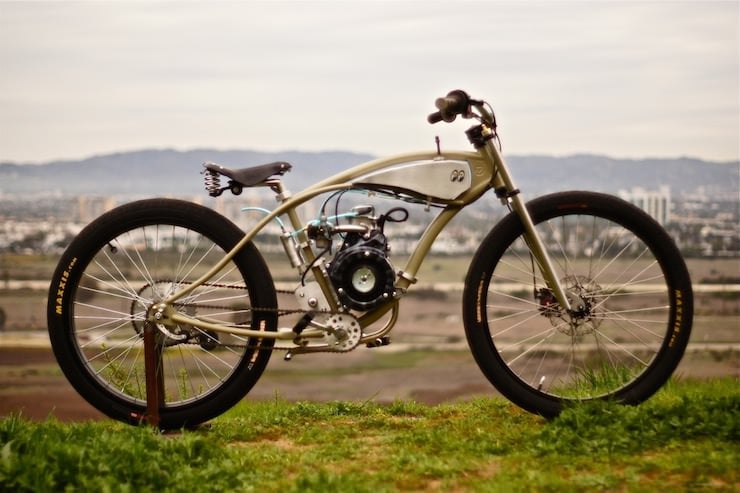 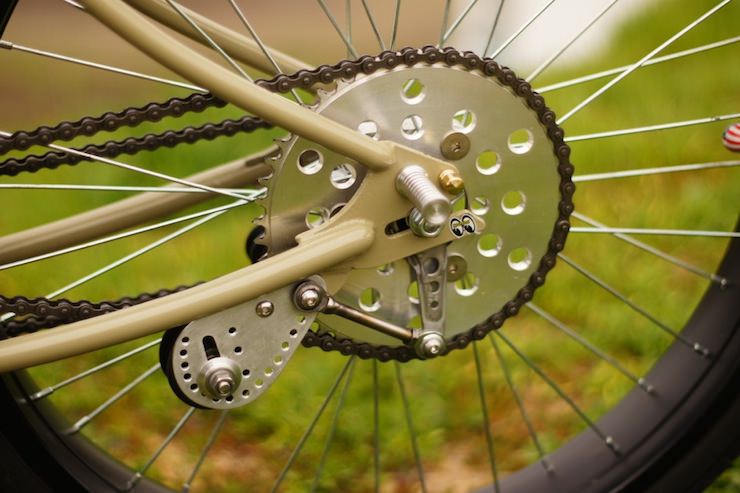 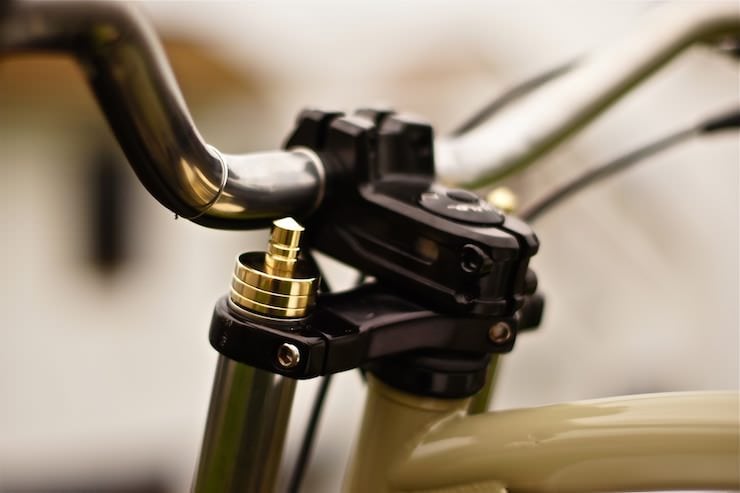 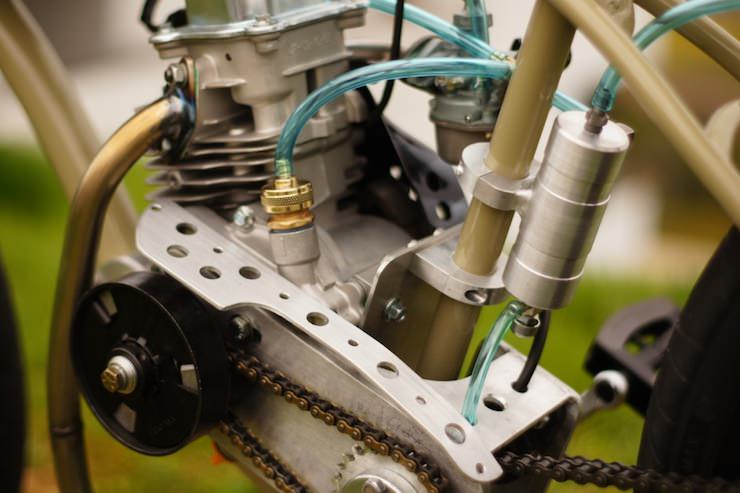 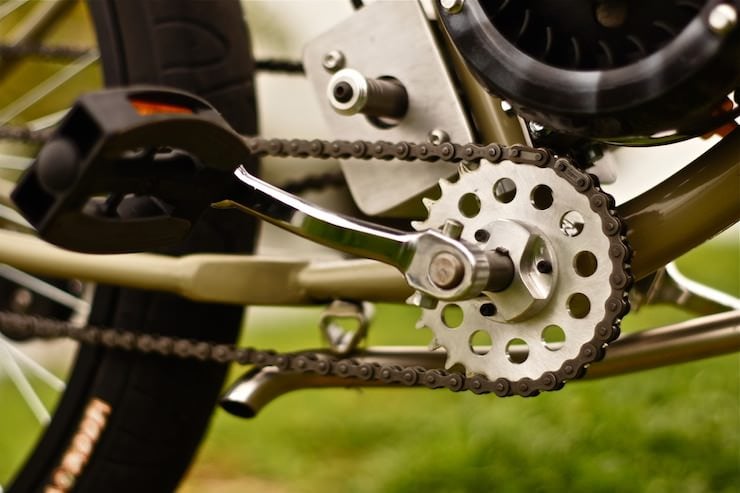