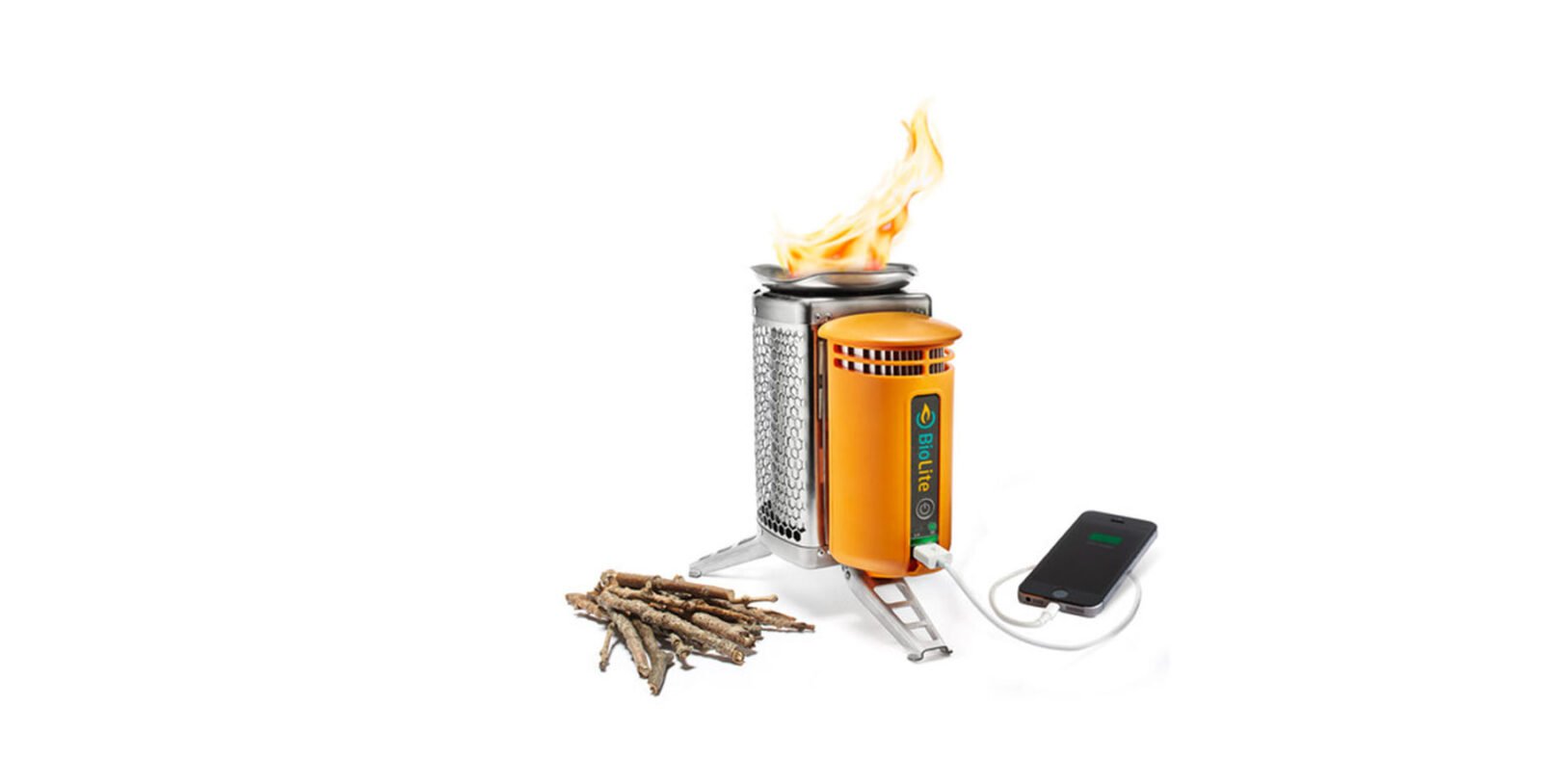 The BioLite CampStove is a small portable camp stove that doubles as a charger for your electronic devices thanks to its USB-out port. BioLite developed the stove using a small electric fan that keeps a fresh supply of oxygen pouring into the side of the stove, which creates an extremely low-smoke, high-efficiency fire that can be used for cooking, boiling water, marshmallow burning, and heating.

A handful of twigs is all that’s needed to fuel the CampStove, and BioLite are investing a portion of their profits into developing stoves for people in developing countries who need clean burning cooking fires and electricity. 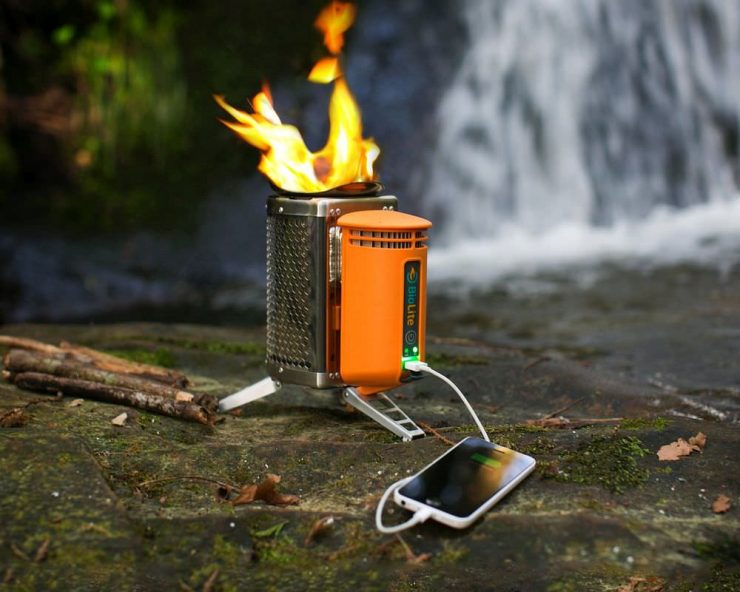 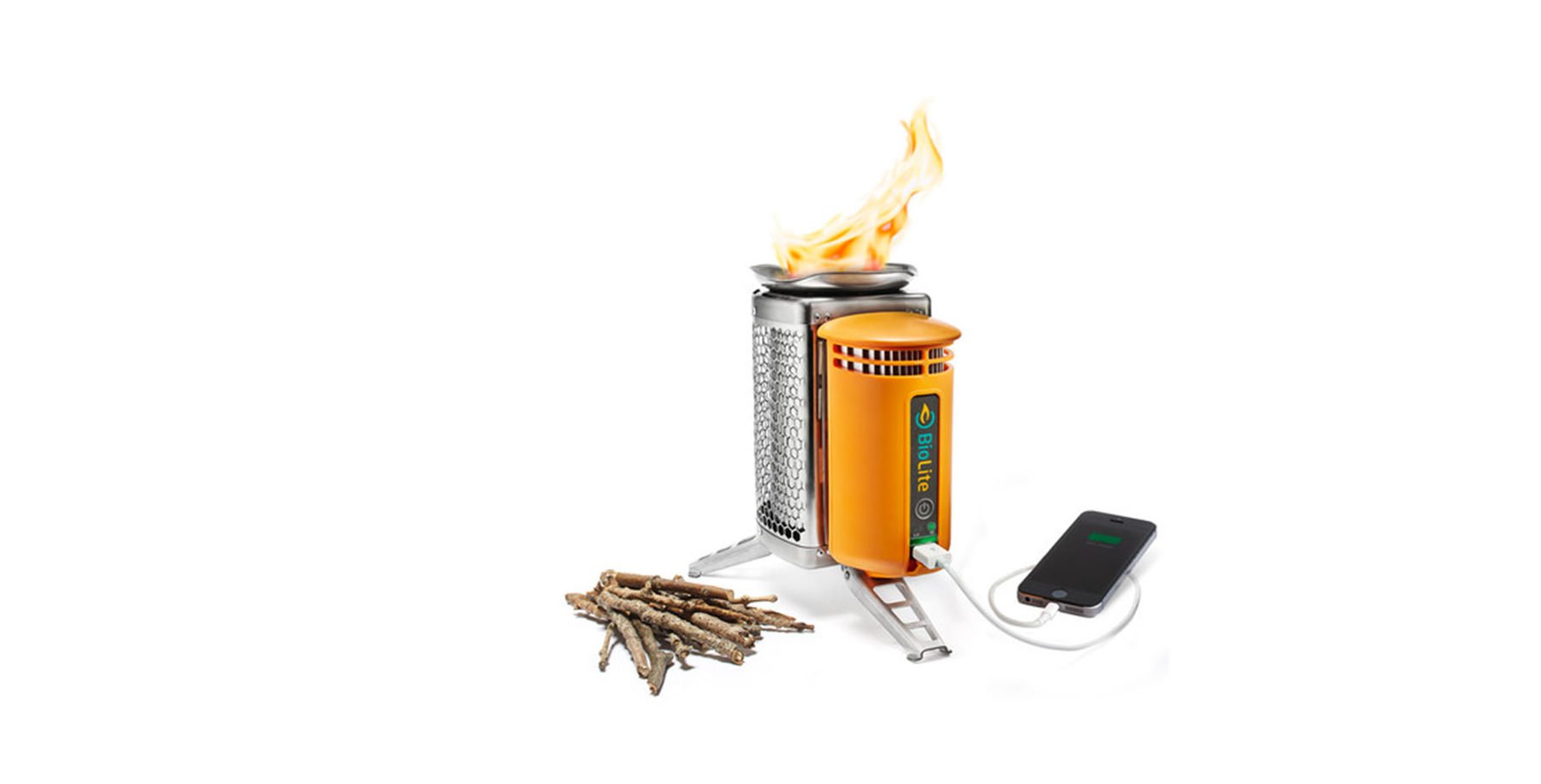