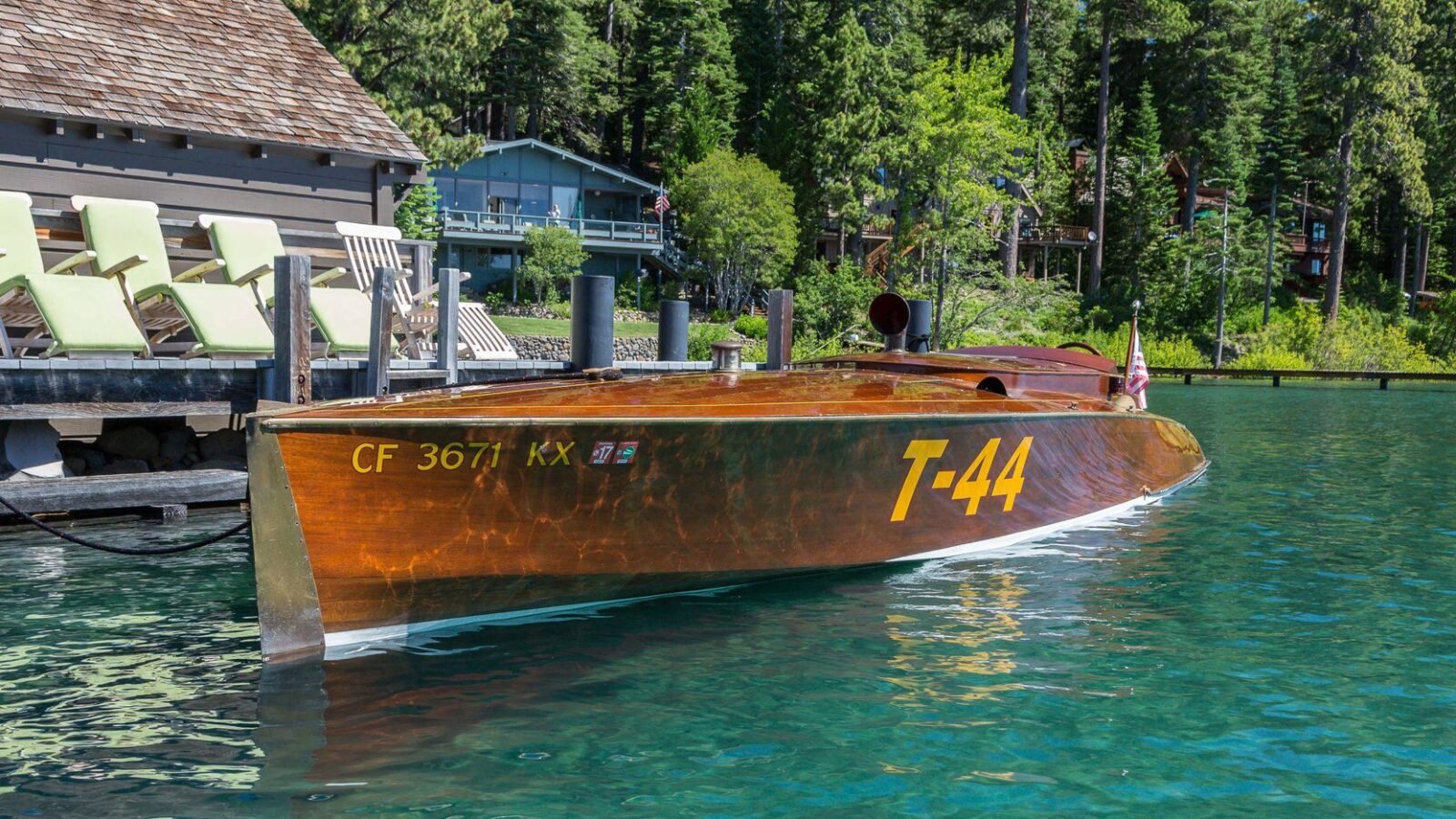 I don’t think there’ll be any significant protest when I say that speedboat design peaked in the mid-20th century. Of course, the materials, engines, and hydrodynamics, have all improved considerably in the decades since. However, when it comes to style and design, you just can’t beat a svelte mahogany speedboat with brass fittings, analog gauges, and a flag hanging off the back.

The concept behind the creation of this boat was developed by Ken Bassett of Onion River Boatworks in Vermont and Tony Brown at Western Runabouts in California, they used the design of a 1920s-era Hacker-Craft named “Nick-Nack” as a basic blueprint – but many modifications needed to be made to accommodate the new engine and handle the power it develops.

The idea of fitting a Rolls-Royce Meteor V12 tank engine to a speed boat is exactly the sort of thing we’d associate with the folks over the pond in the United States. It’s why they’re our favorite cousins. 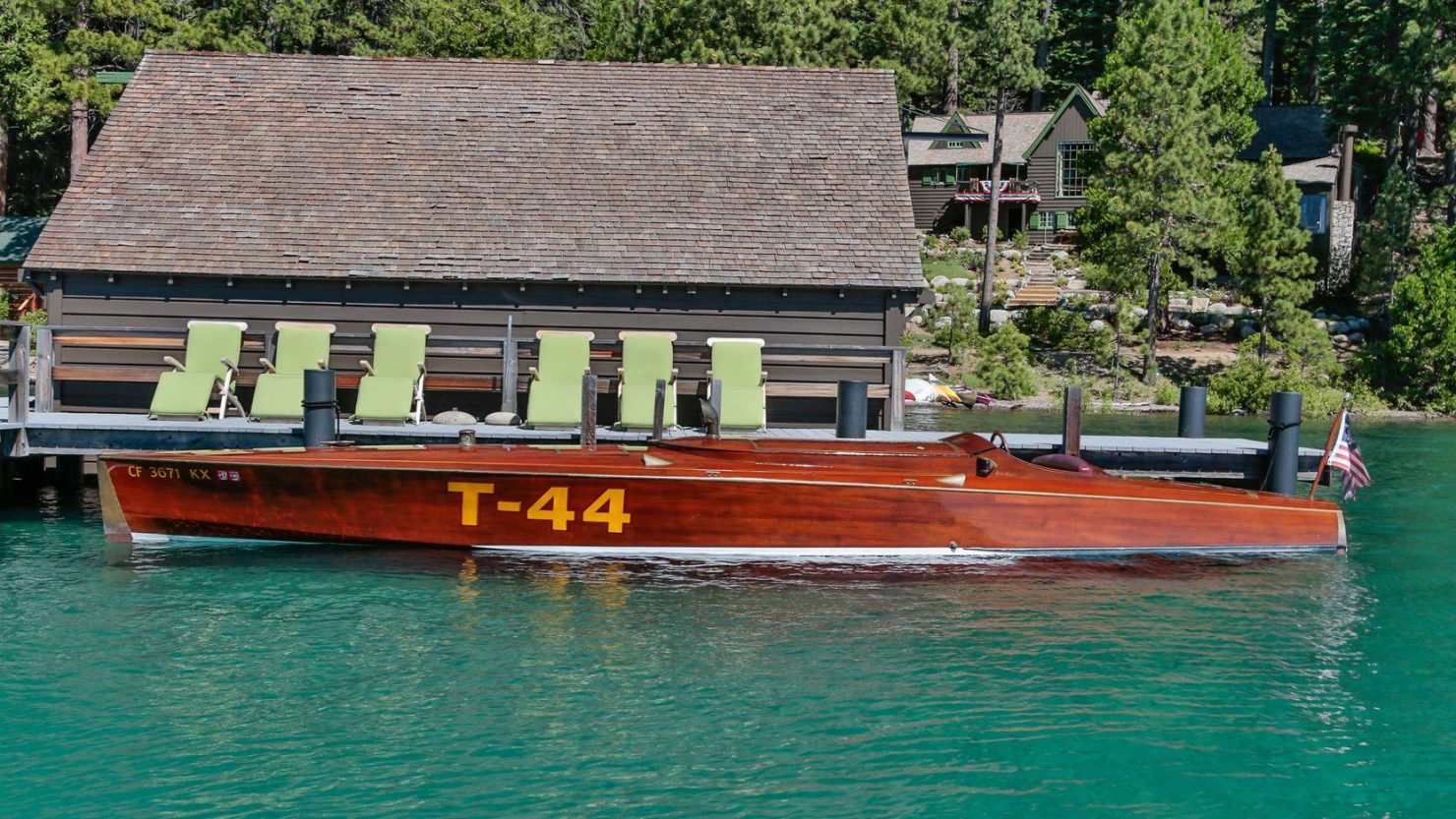 The Meteor V12 was a development of the legendary Rolls-Royce Merlin aero engine from aircraft like the Spitfire and P51 Mustang. The Meteor was developed for use in tanks, and it was so successful that it fundamentally changed the way tanks were designed. With a capacity of 27 liters (1648 cubic inches), no supercharger (as was used on the Merlin) and a power output of ~650 hp, the Meteor proved both reliable and easy to produce – in fact many early Meteors were built from the remains of crashed Merlins.

The original boat, Nick-Nack, had been a major icon in its day, it was owned by Commodore Humphrey Birge of Buffalo, New York and it shattered one-lap, 50-mile and 150-mile records at the Wood-Fisher race at Detroit, Michigan in 1921.

The Commodore’s vessel had a 200 hp Hall-Scott motor fitted – approximately 70% less powerful than the mighty V12 sitting in the new boat handcrafted by Brown & Bassett in 1997 from mahogany. The interior is upholstered from maroon leather and there’s a forward jump seat that is said to be for “brave passengers” – you certainly wouldn’t want to sit in it on a choppy day.

If you have a V12 speedboat shaped space in your garage the Brown & Bassett Gentleman’s Racer is due to be auctioned by Mecum between the 16th and 19th of August and it’s offered with a custom-configured trailer. If you’d like to read more about it or register to bid, you can click here to visit the listing. 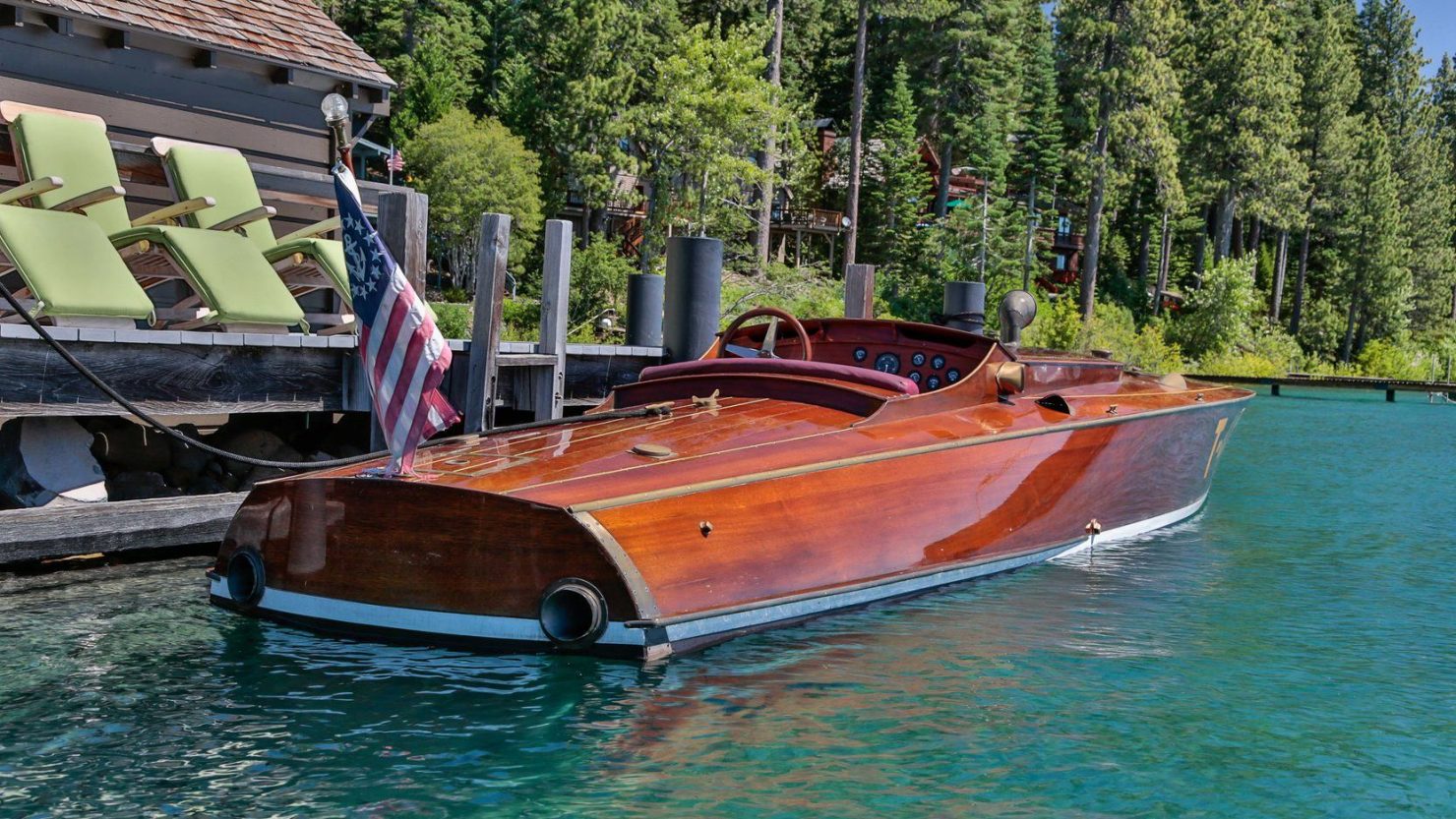 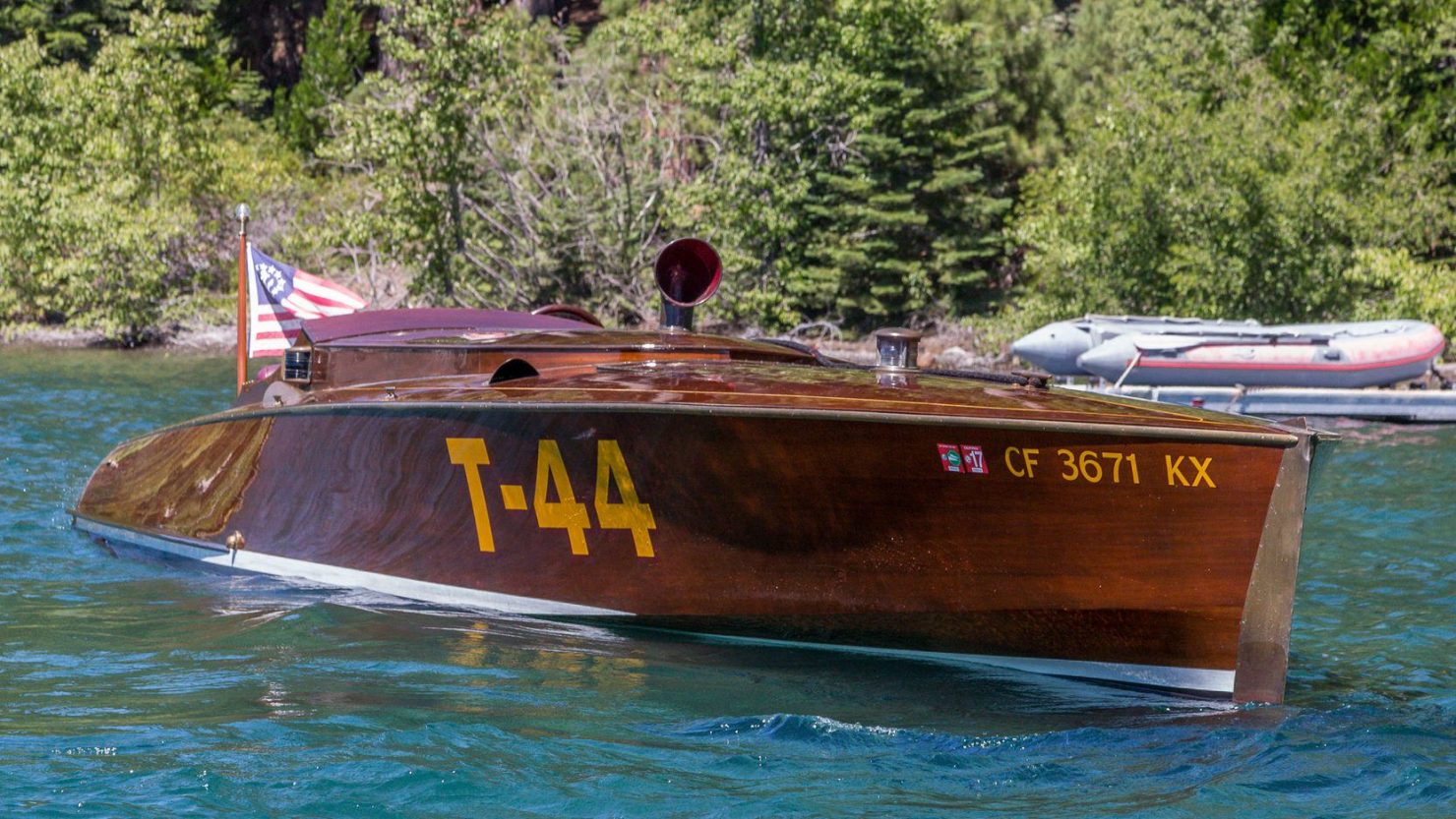 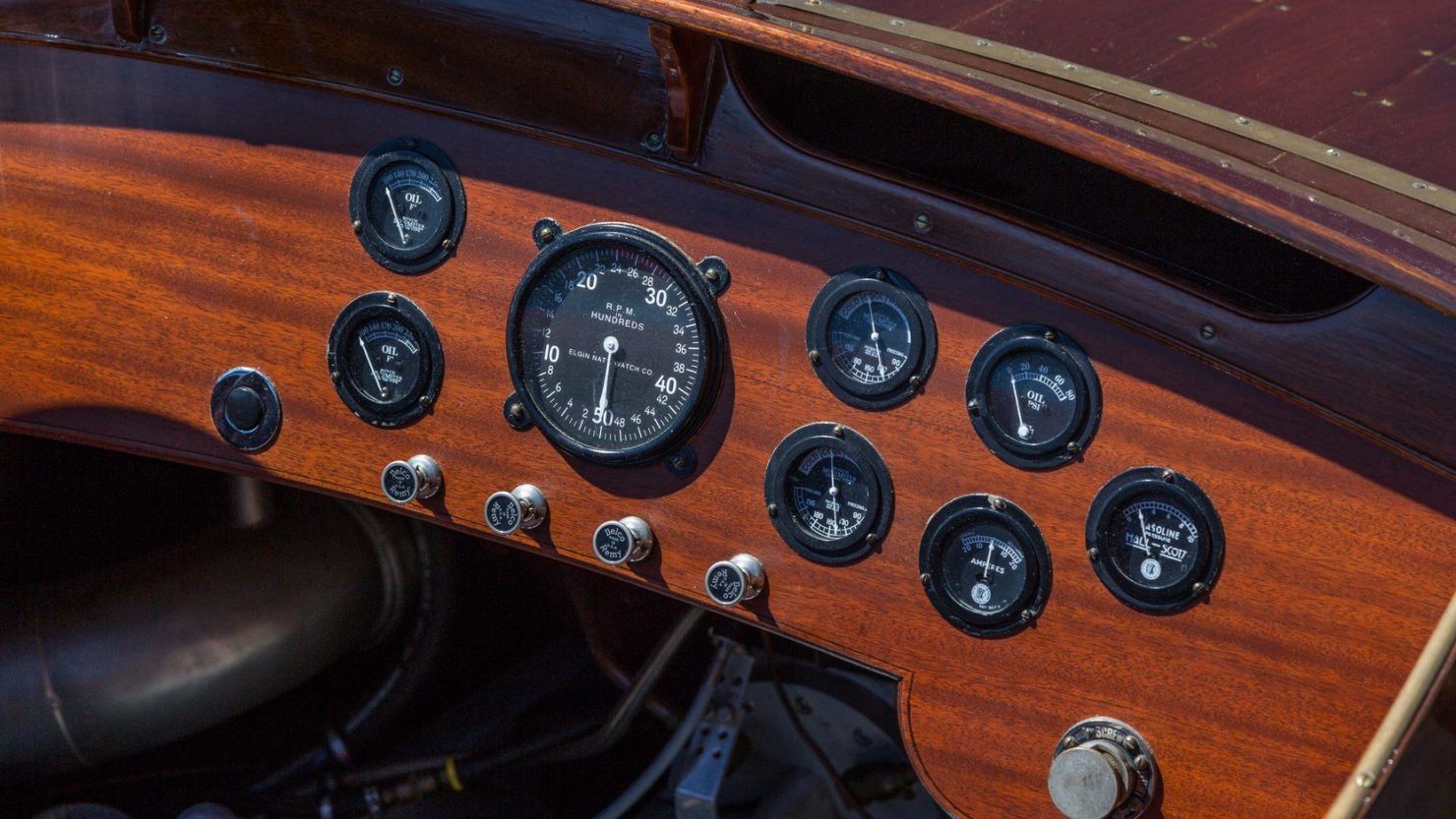 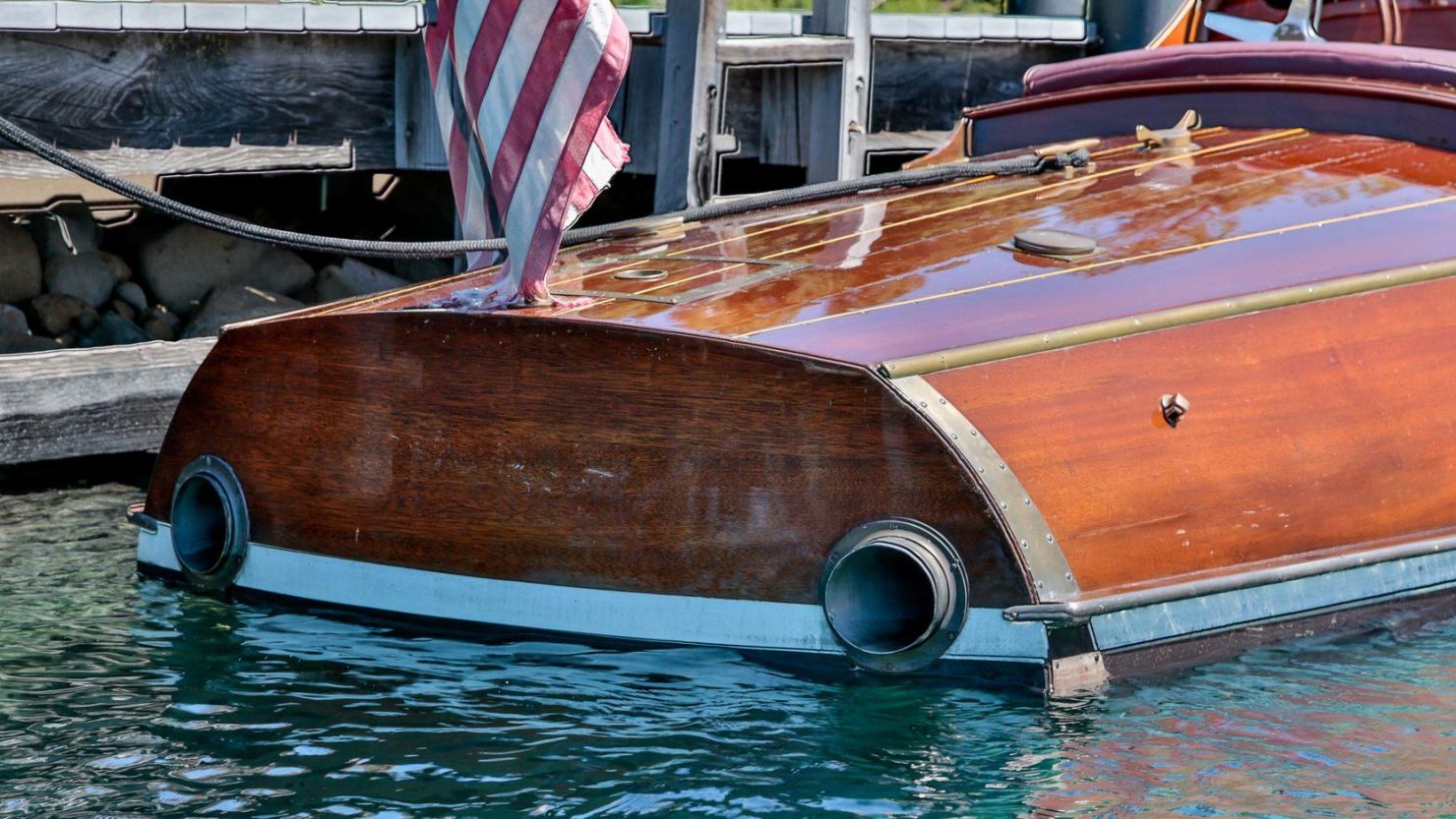 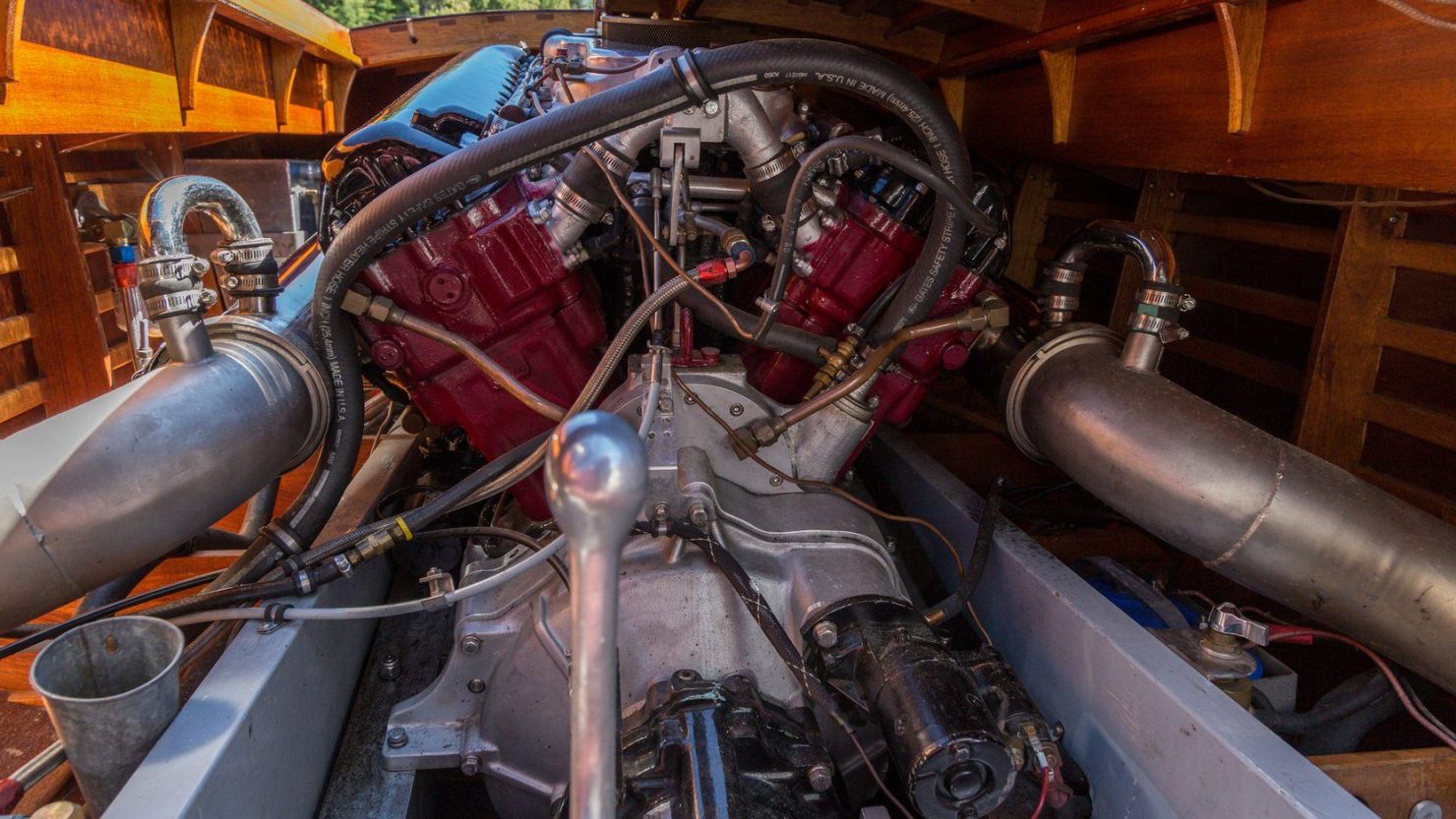 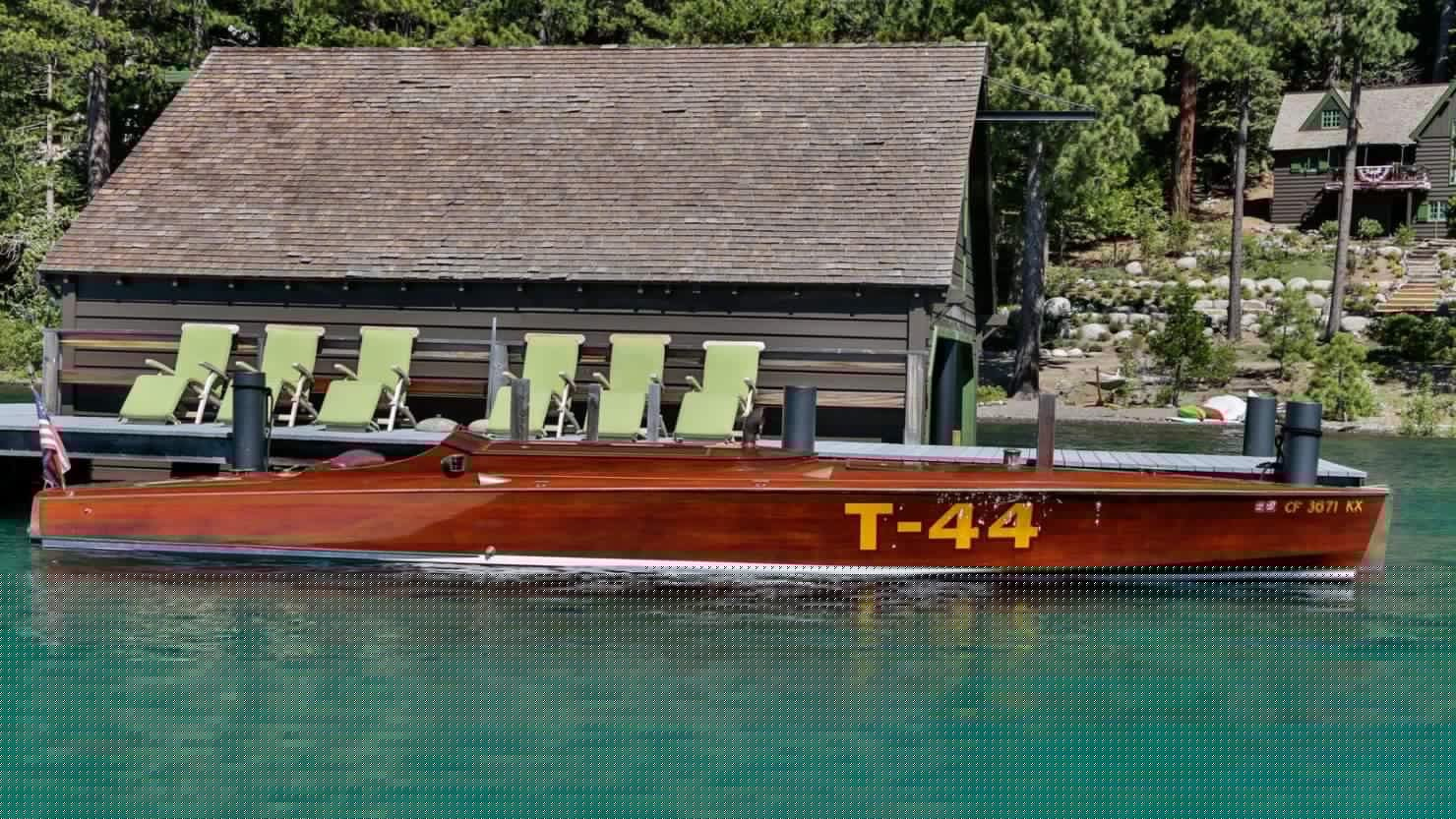 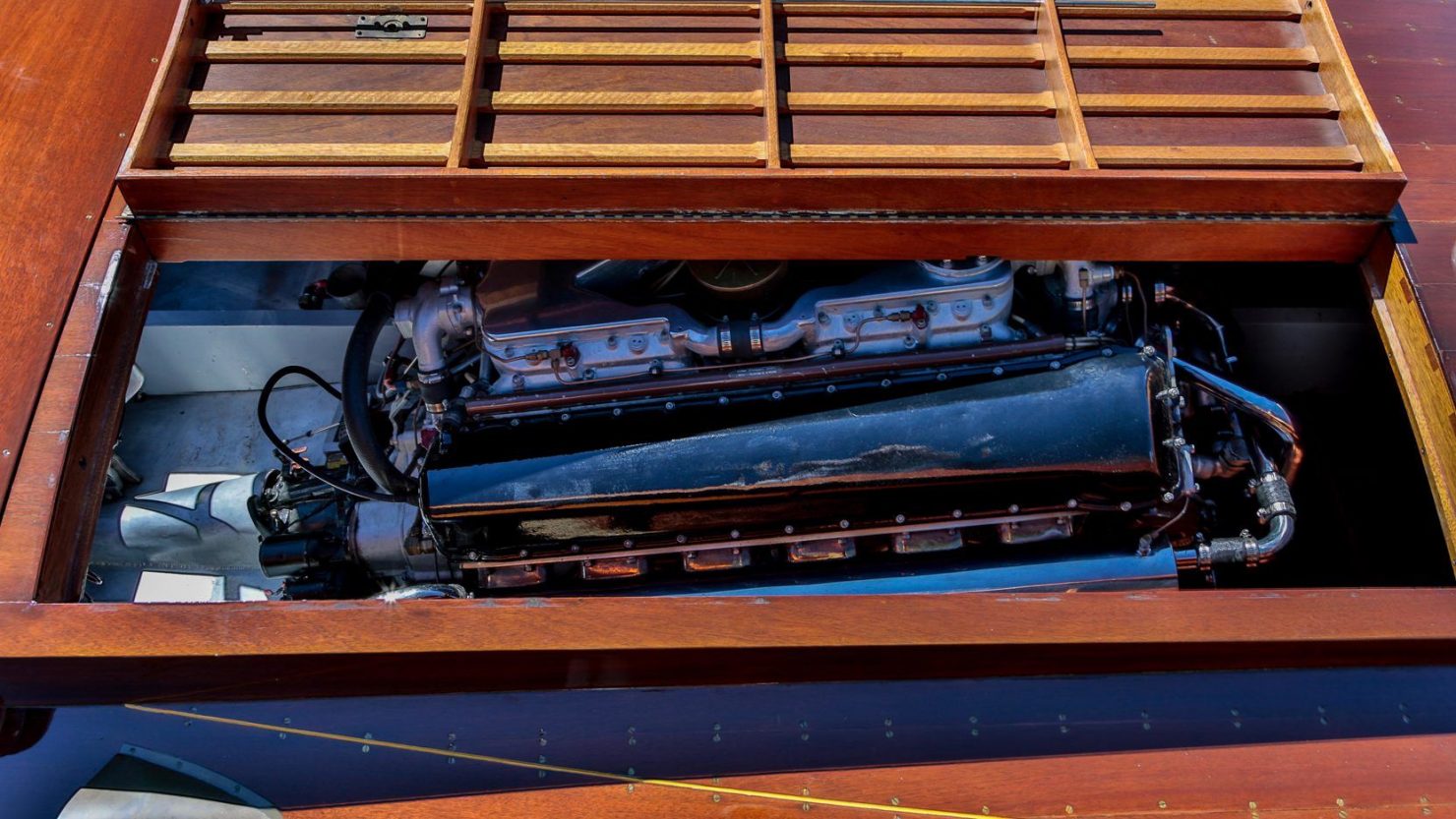 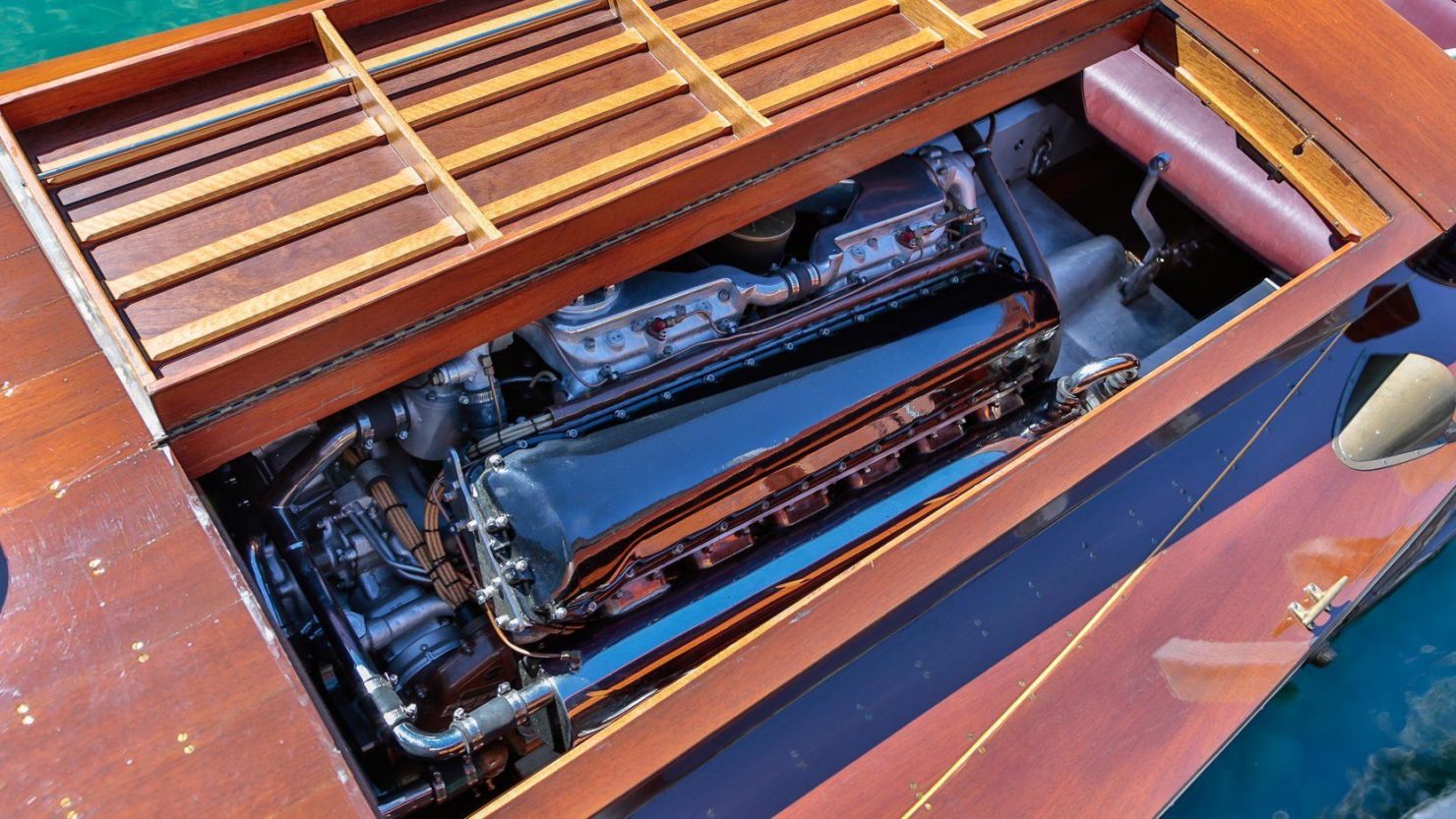 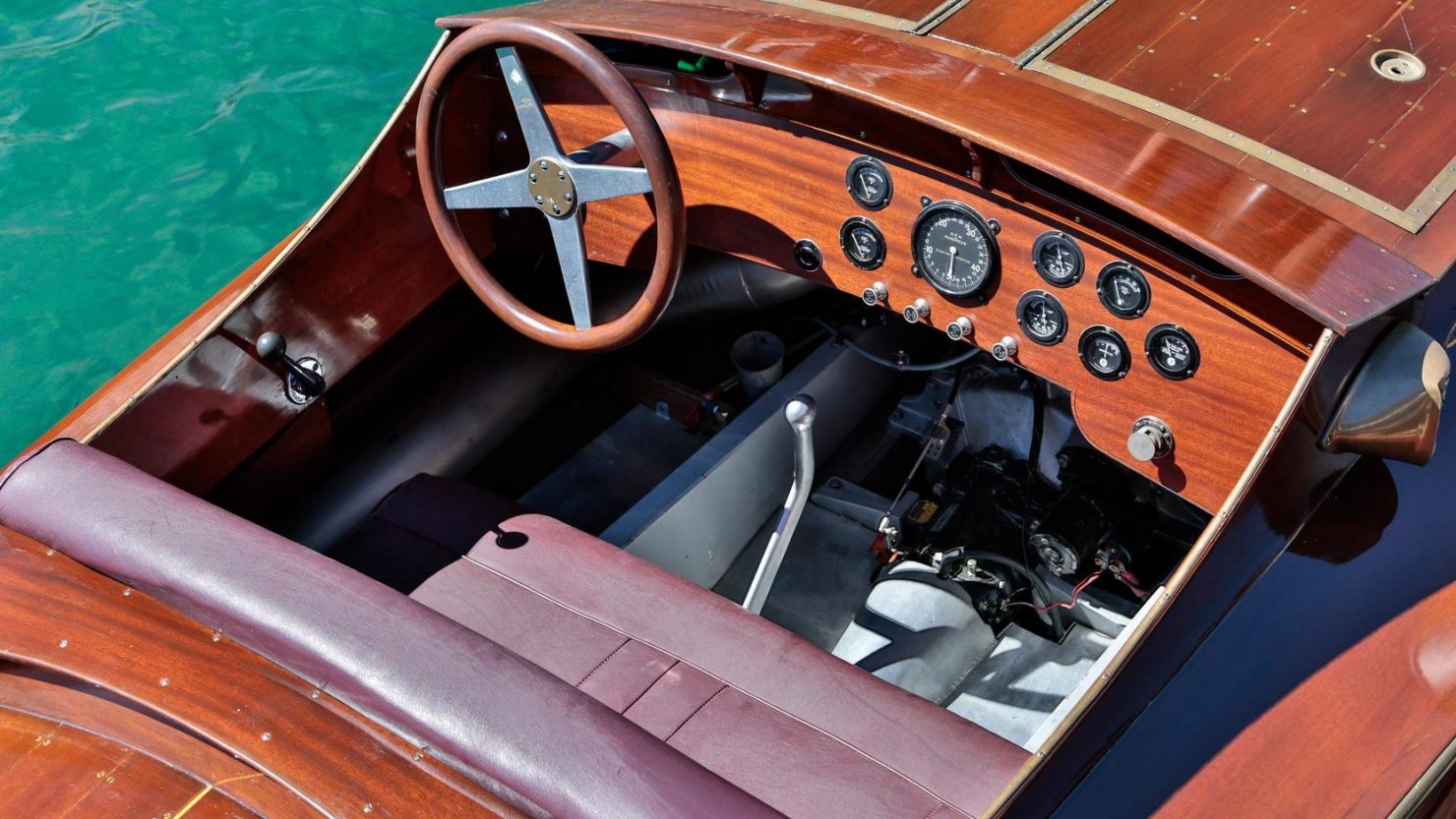 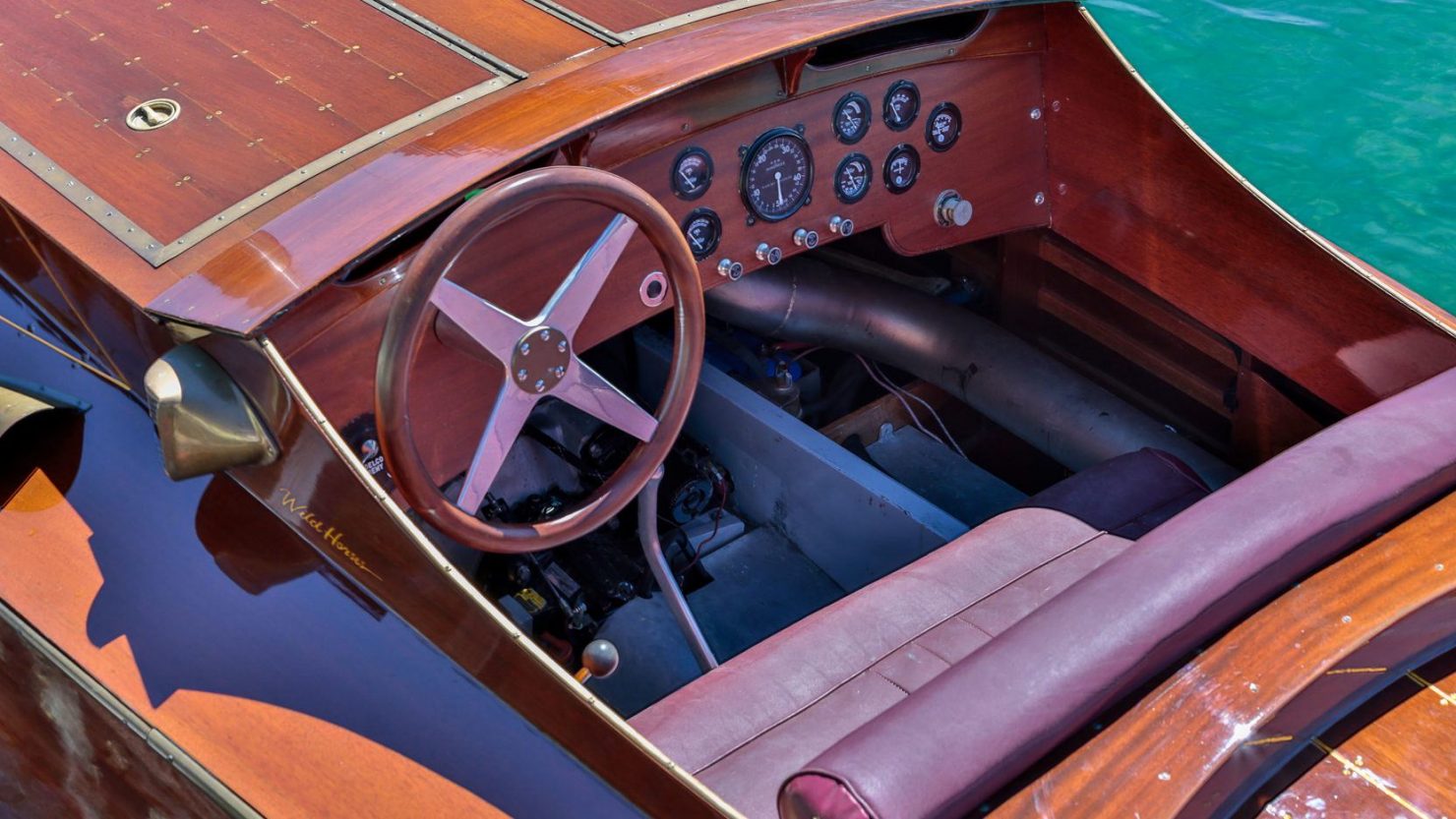 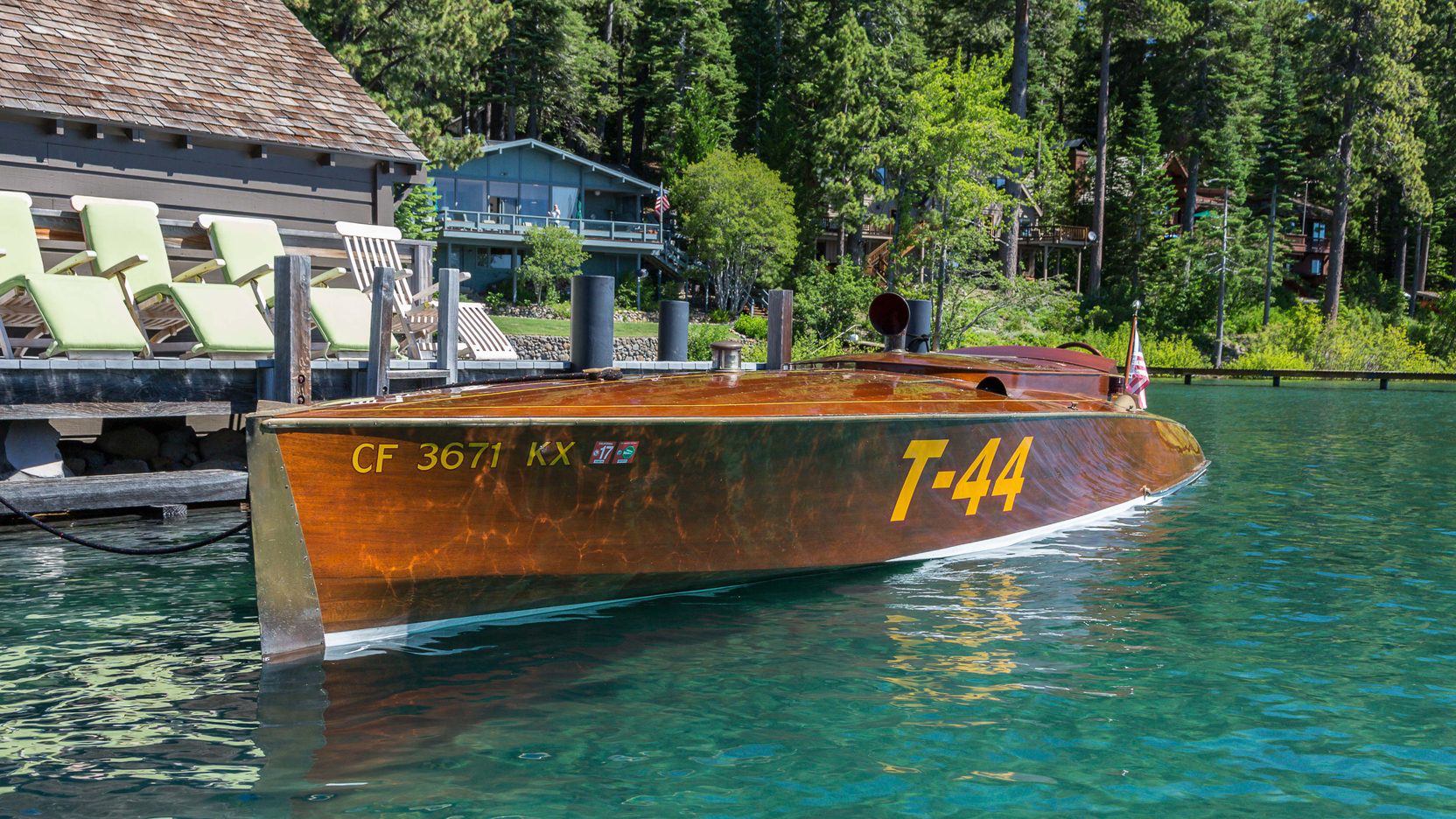