This is the MMR-X Best Made Brass Flashlight, it’s a modern LED flashlight designed to last a lifetime (or more), with a solid brass body and a brass bezel, interchangeable LED lenses, and a replaceable lithium-ion battery.

Best Made worked with the team at Foursevens, an Atlanta-based flashlight manufacturer known for their high-output tactical flashlights. This version of the MMR-X has a decidedly more Wes Anderson feel to it, as you would expect from anything by Best Made, but it’s just as tough and capable as the matte black SWAT team variants.

Each MMR-X flashlight comes with a discreet micro-USB outlet and a USB cable for charging the provided 18650 battery, this battery offers anywhere up to 35 days of continuous light output depending on the settings chosen.

As you would expect from a modern LED flashlight, the MMR-X also has strobe, SOS, beacon high, and beacon low settings, with adjustable output from 1 to 800 lumens.

The brass body will develop its own patina with time, and the biggest challenge you’re likely to face with it is ensuring that it doesn’t keep finding its way accidentally into the backpacks of your camping buddies. 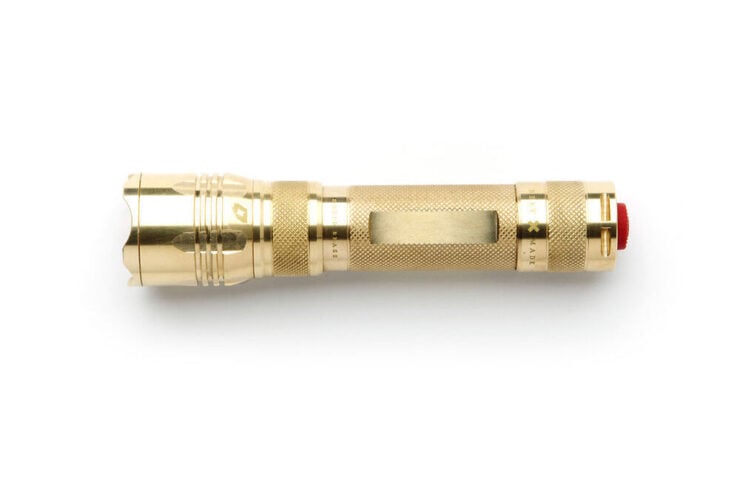