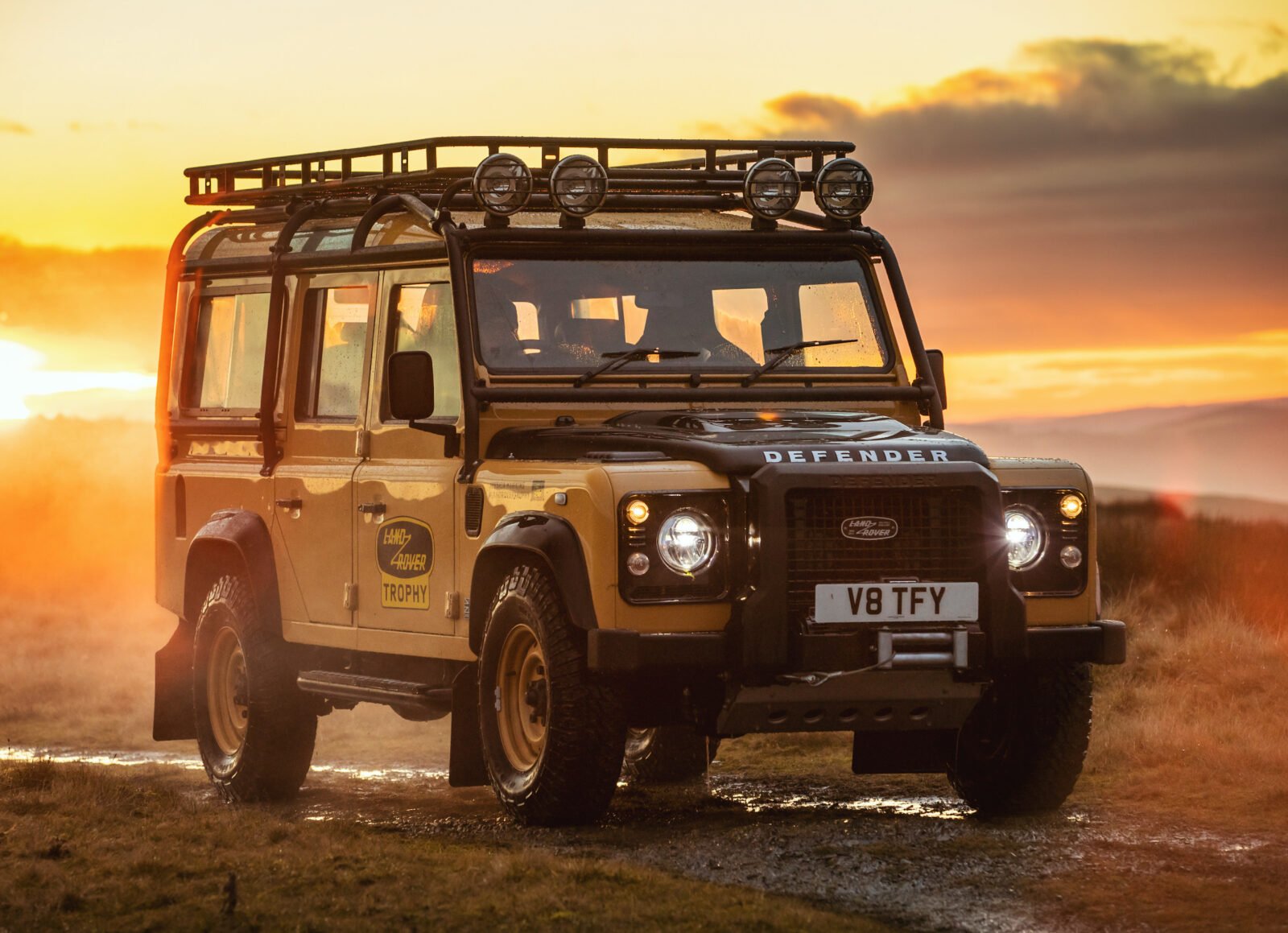 When Land Rover announced that the legendary Defender would cease production in 2016 it caused much angst throughout the motoring world, and no small amount of worry about what the new Defender would be.

What we didn’t know at the time of course, was that the British company was going to release low-volume Skunk Works versions of the classic Defender for years after 2016, in parallel with the new Defender that was released in 2020.

These “Skunk Works” Defenders have given the four-wheel drive icon a new lease on life, not to mention performance figures that none of us ever thought we would see associated with a Land Rover clothed in the original alloy Defender bodywork.

The vehicle you see here is the new Defender Works V8 Trophy, it’s going to be offered in both 110 (long wheelbase four-door), and 90 (short wheelbase two-door) versions. 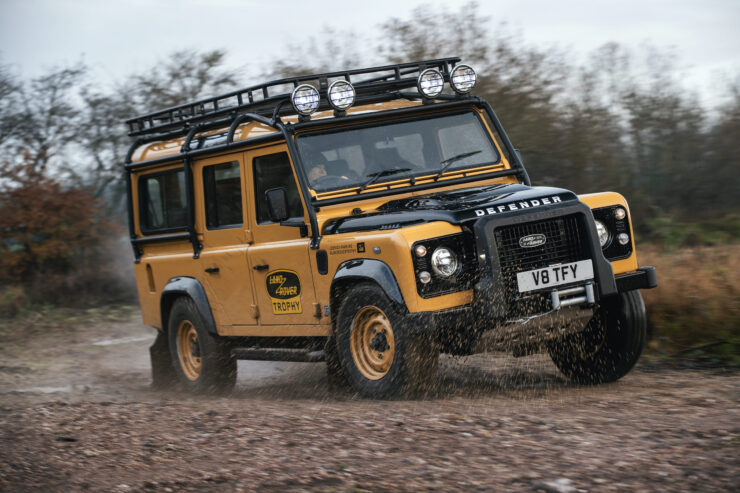 Above Image: With 400 bhp the new V8 Trophy is considerably quicker than any of the old Camel Trophy Land Rovers.

Just 25 will be made, and all of them are going to be built to a specification reminiscent of the iconic Camel Trophy Land Rover, only with more of everything – particularly power.

All of them are to be powered by the 5.0 litre petrol V8 engine producing 400 bhp (405 PS), an astonishing figure for a Defender, with power sent back through an eight-speed ZF automatic transmission and transfer case to all four wheels.

As you would expect all vehicles will have high and low range for optimal off-road ability, they’re also going to be equipped with a front winch, a multi-point expedition cage, a roof rack, underbody protection, a raised air intake, and mud-terrain tires on color-coded 16 inch steel wheels.

To best make use of the power output they’ll each have comprehensively upgraded suspension, steering, and braking.

Where these 25 vehicles will really set themselves apart from the Camel Trophy cars that inspired them will be on the inside. The interiors will all be decked out with full black Windsor leather upholstery, Recaro sports seats, and Land Rover Classic’s Classic Infotainment System with integrated navigation and mobile device connectivity. 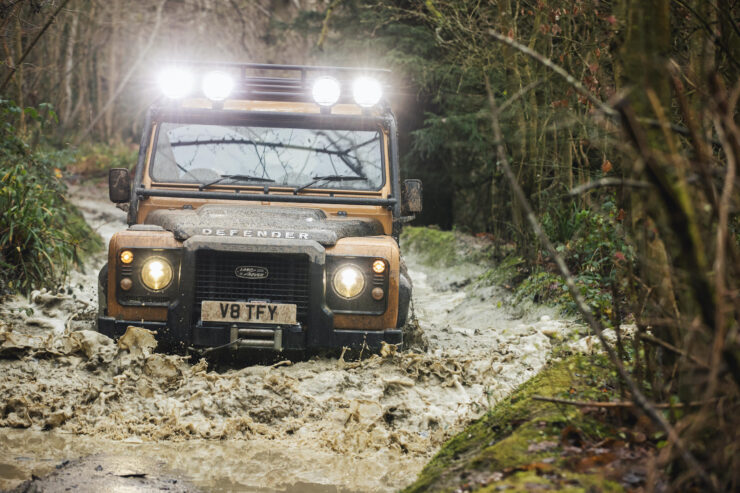 Above Image: The model has been equipped with an off-road performance package intended to give it world class off-road ability.

Land Rover will be delivering these expedition ready Defenders to their owners for the first time at Eastnor Castle in Herefordshire, England.

Land Rover have long used the private Eastnor Estate that surrounds the castle as a four-wheel drive testing ground, safely away from the prying lenses of paparazzi who specialize in capturing images of new, unreleased models.

It will be at Eastnor that the owners first get to see and drive their new vehicles, they will then take part in a range of challenges inspired by famous global adventures and competitions spanning the 70 years of Land Rover production.

Expert one-on-one off-road driving tuition will be provided as part of the adventure, ensuring each new owner can get the most out of their new 400 bhp Defender.

If you’d like to read more about the Defender Works V8 Trophy or place your order you can click here to visit Land Rover. 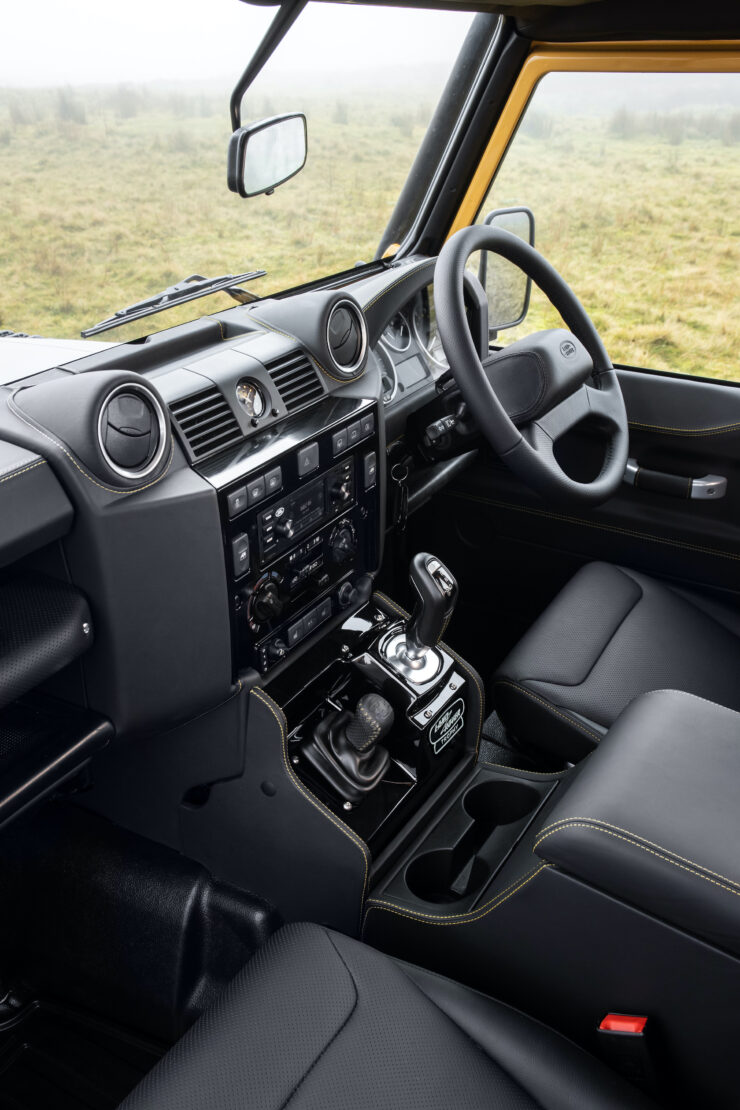 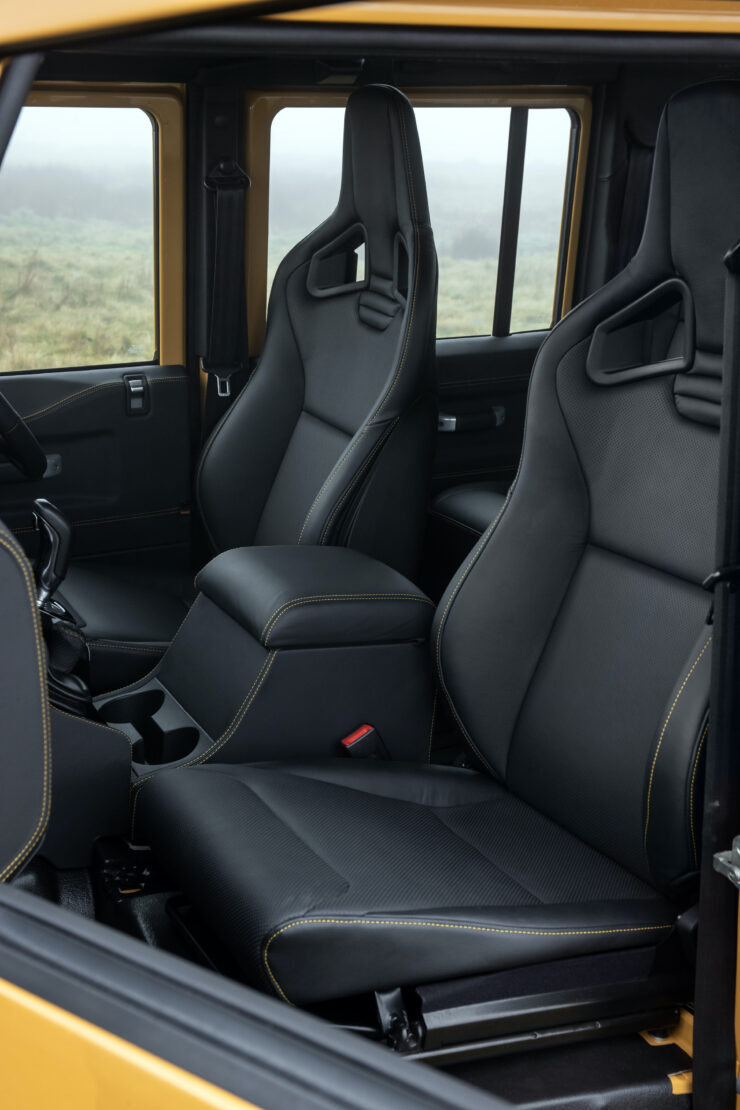 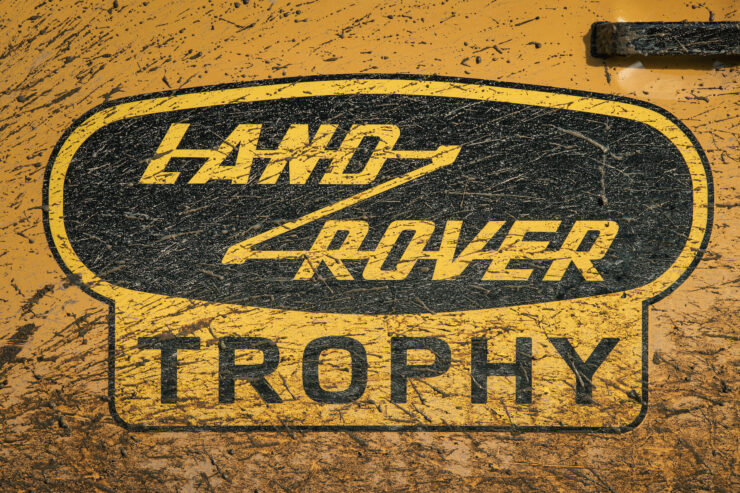 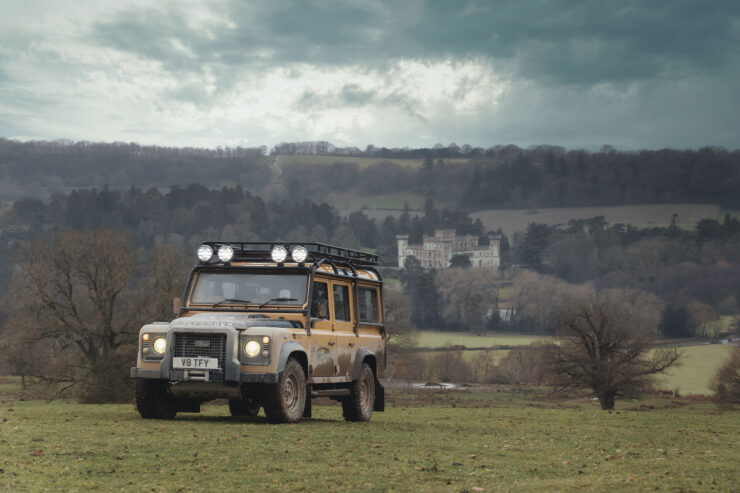 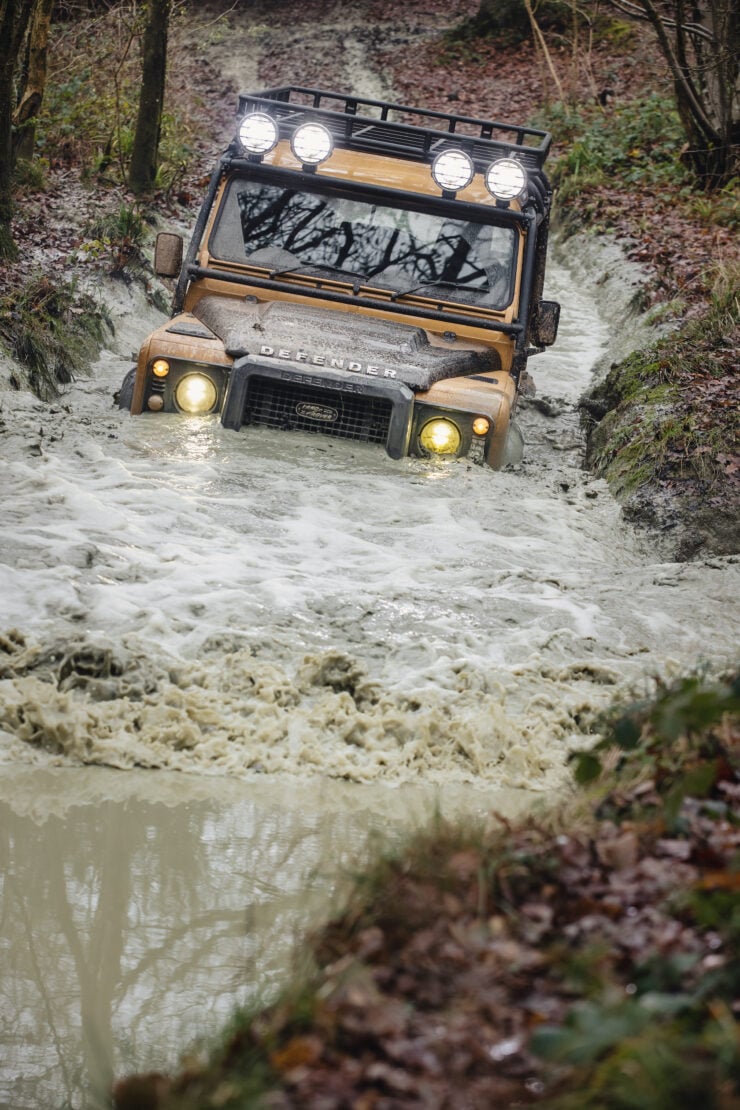 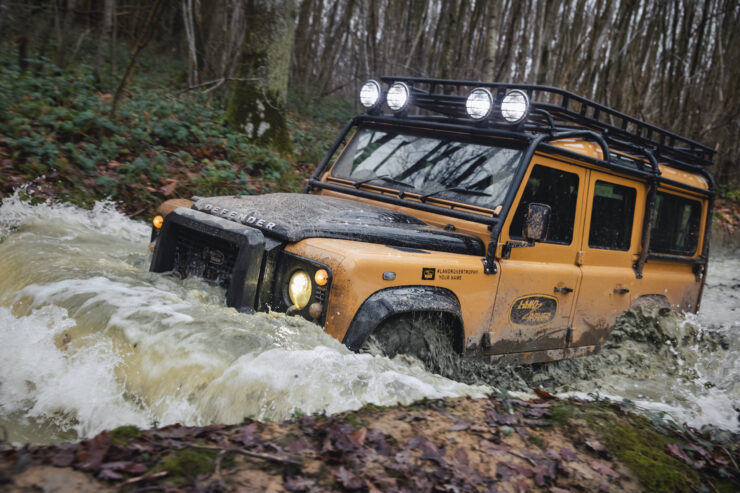 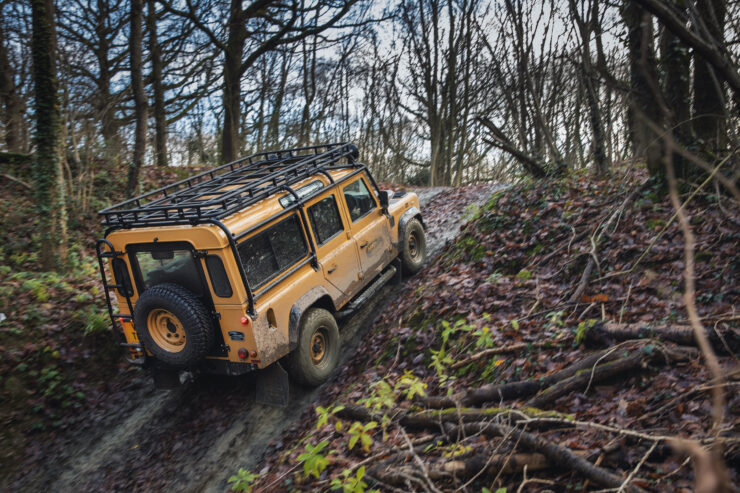 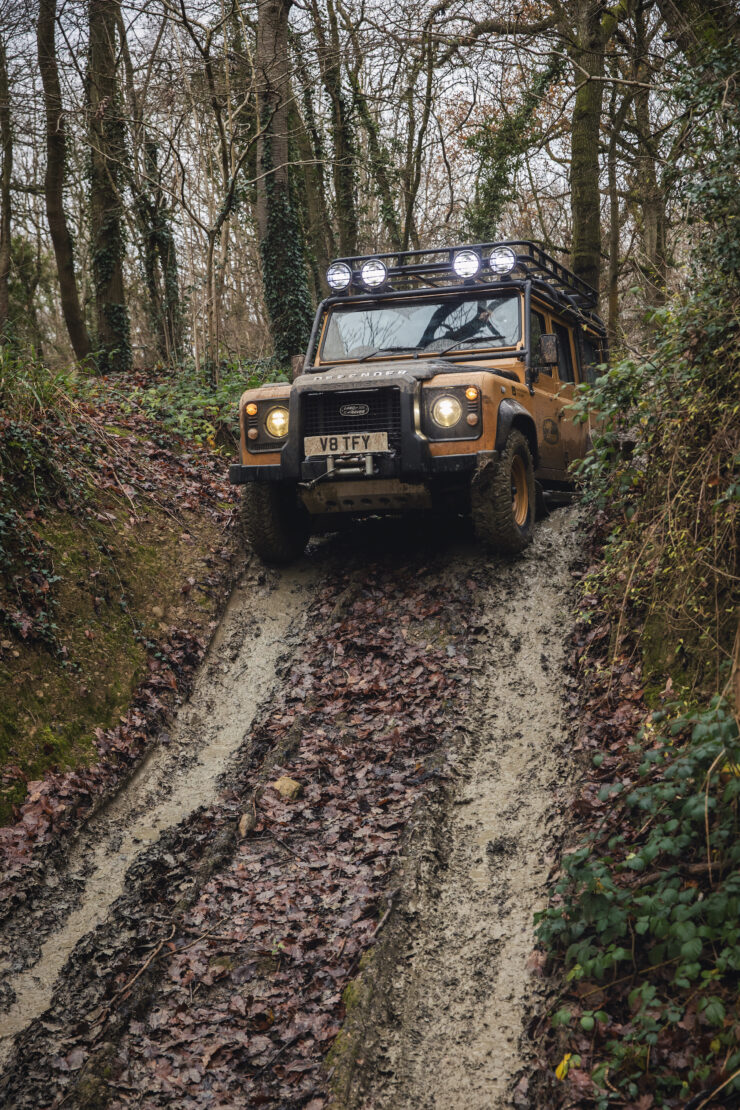 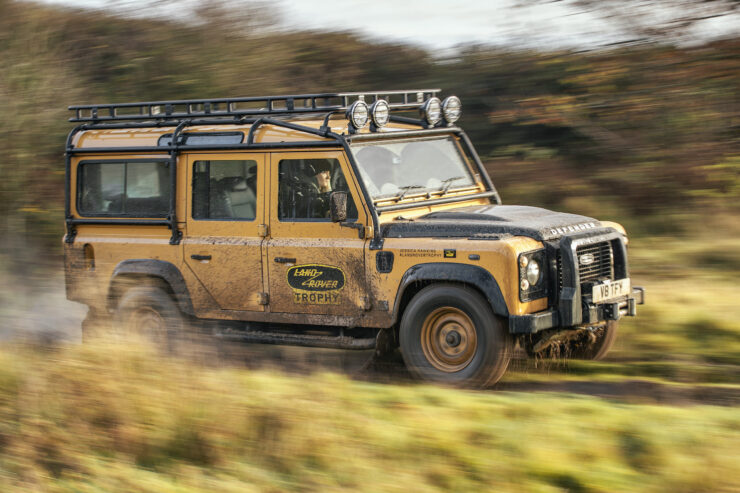 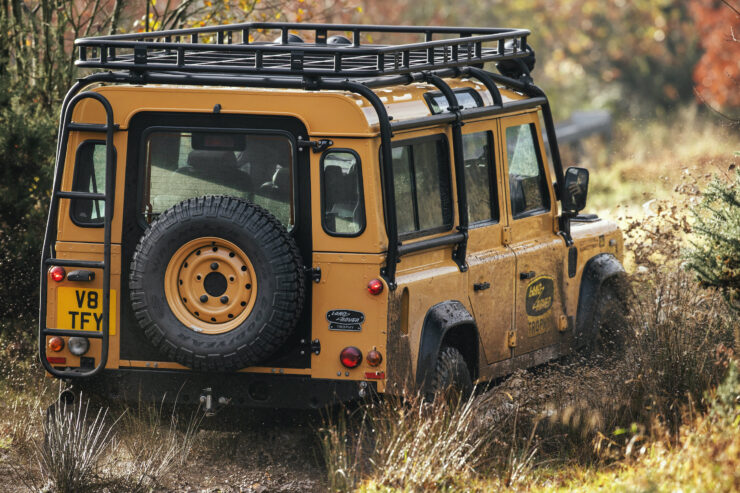 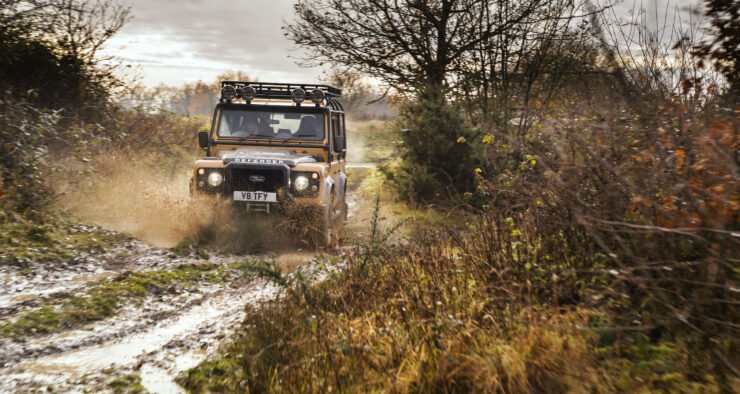 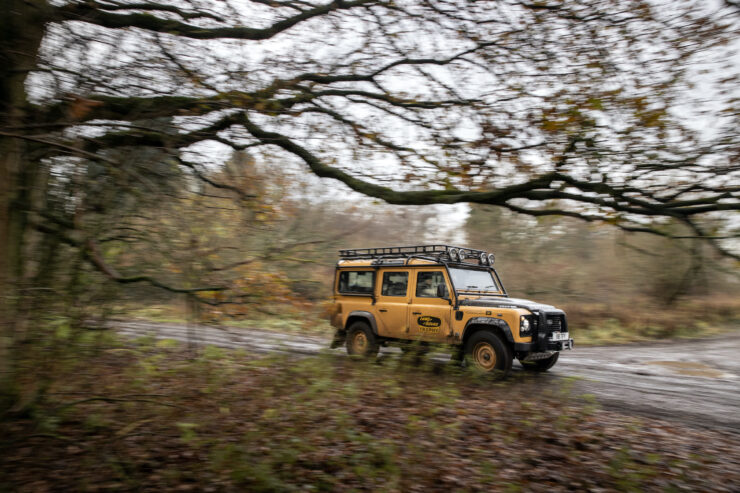 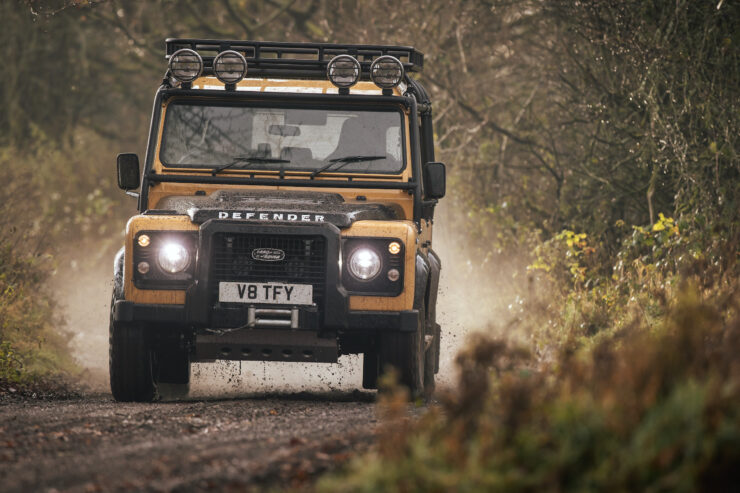 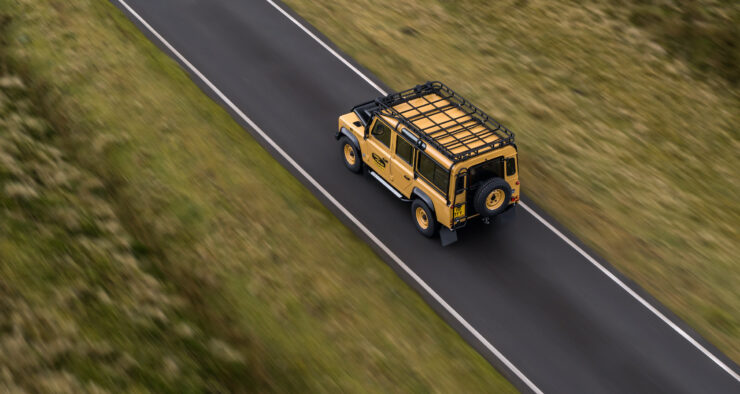 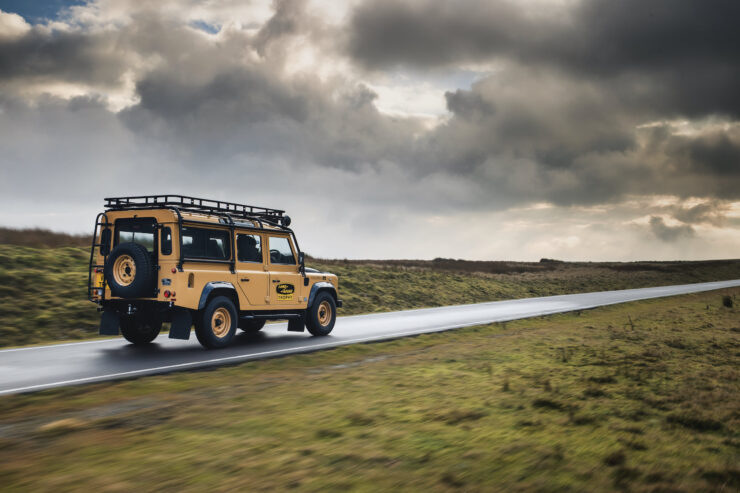 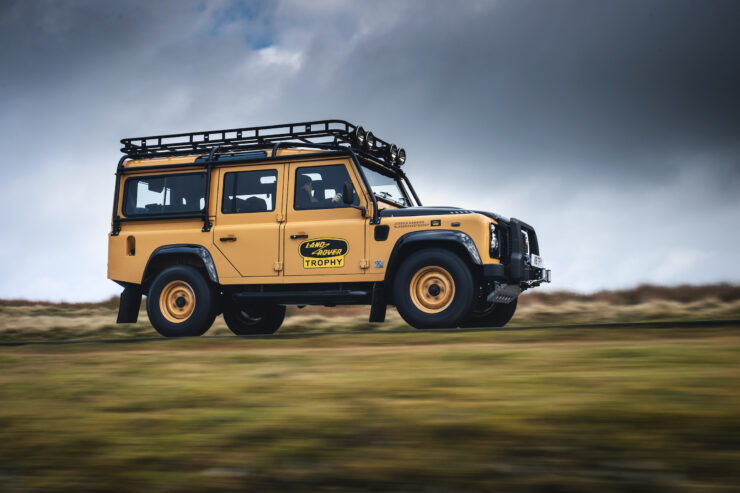 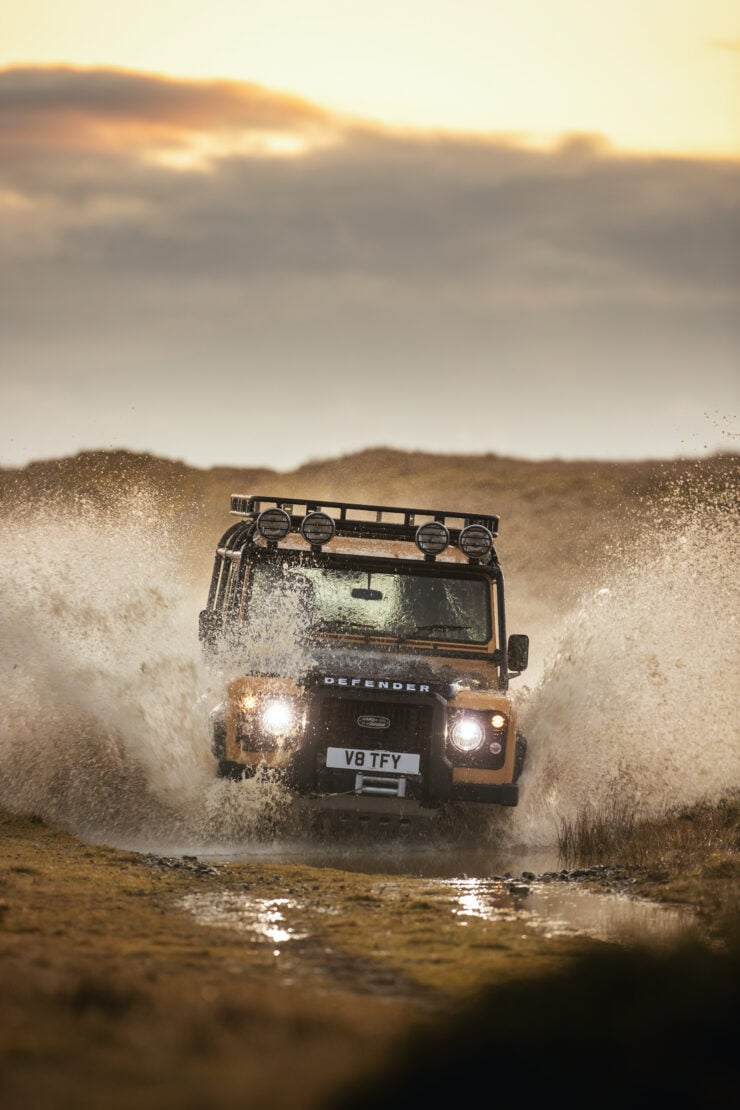 The Ford Torino Twister Special is an exceedingly rare car, just 90 were ever built and only 29 are now accounted for in the…

The Norton Classic is one of the rarest motorcycles ever made by the storied British marque, just 100 were built and today they’re considered…

This is a rare Saab 96 Monte Carlo 850, it was built by the Swedish automaker to commemorate the victories of rally driver Erik Carlsson in…

This is the Little Legends Spyder, it’s a drivable 1:2 scale model of the Ferrari 250 GT California – considered by many to be one…

There are few people better suited to the classic vehicle restoration business than the Germans. They’re renowned for their engineering chops and attention to…

This car was Mickey Thompson’s personal daily driver back in the mid-1960s, it’s a rare Corvette Z06 “Tanker” – essentially a factory-built race car…