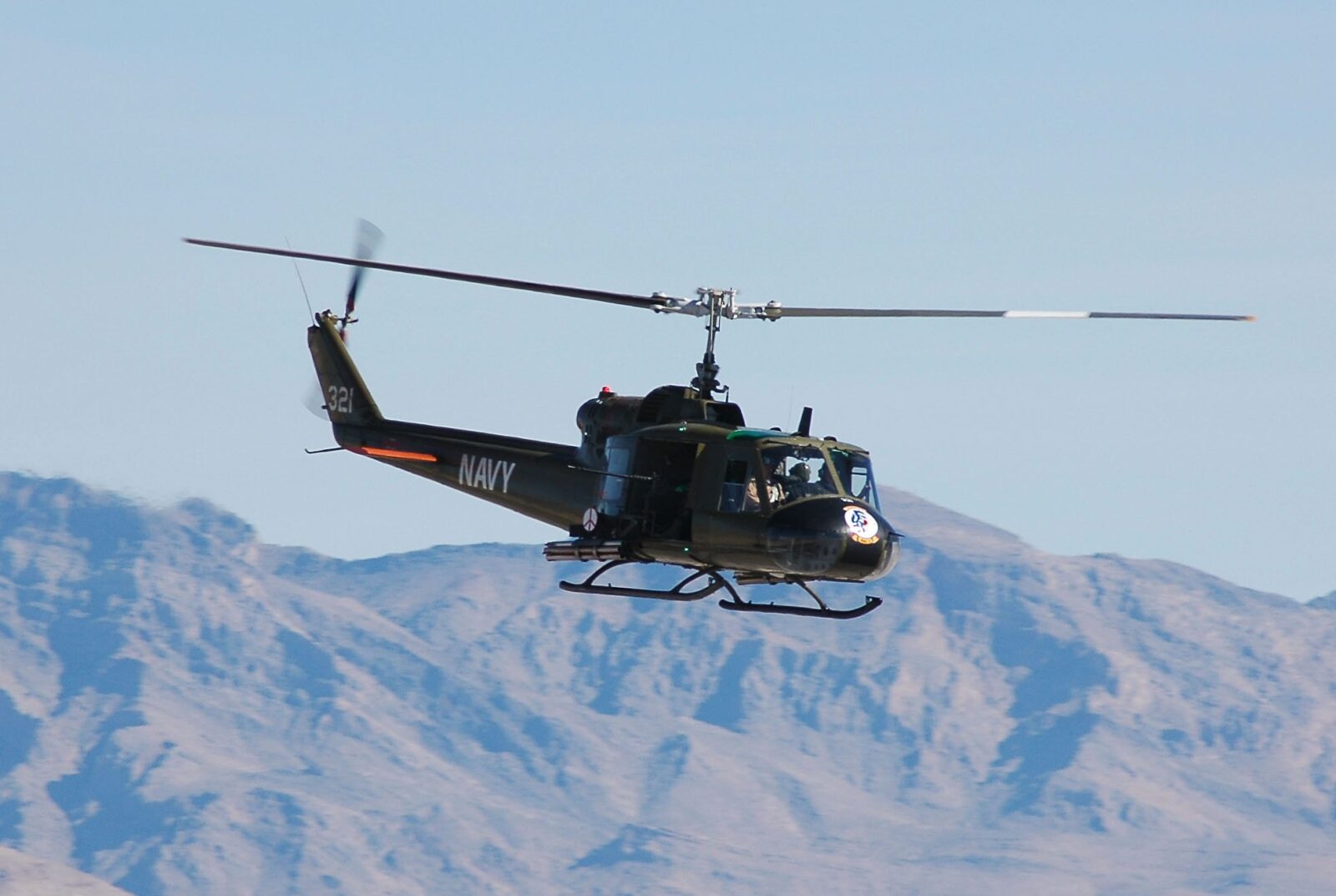 The Bell UH-1, or “Huey” as it’s commonly known, is one of the most famous helicopters in the world. In fact it’s probably the most famous outright. The reason so many people know what a Huey is, is largely due to the helicopter’s heavy involvement in the Vietnam War, and the countless subsequent documentaries and Hollywood films about the war.

The name “Huey” comes from the original model name HU-1, as it looks like “HU-I”. Very early in the lifespan of the helicopter the model name was changed to UH-1 however the nickname stuck, and it’s now been known as the Huey for over 60 years and counting.

Bell developed a design for the UH-1 Model 204 in 1952 to meet a US Army requirement for a medical evacuation and utility helicopter. The US Army had concluded that the currently available helicopters were too big, insufficiently powerful, or too complicated to maintain. In total, 20 companies submitted designs and these were whittled down to just two serious contenders, the Bell UH-1 Model 204 and the similarly turbine-powered version of the H-43 by Kaman Aircraft. 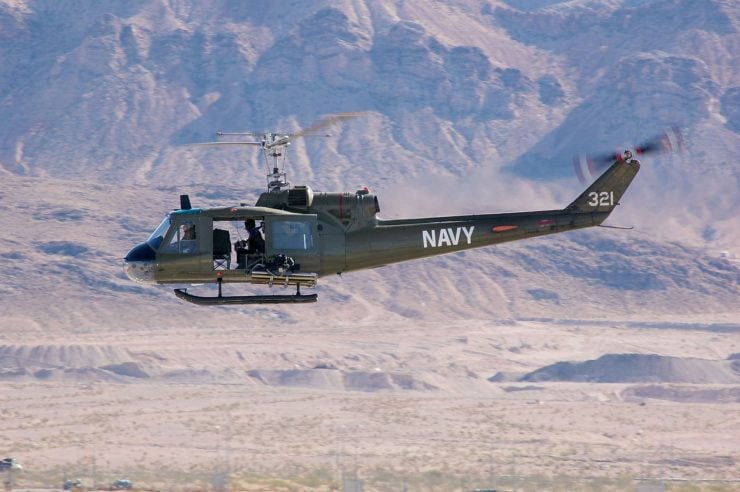 By 1956 Bell had functional prototypes in the air, they won the contract and over the following 30 years almost 16,000 of them would be built in a wide variety of sub-models. The US Army, the US Navy, and the US Air Force would all order and deploy significant numbers of Hueys, they were also used extensively by militaries around the world including in Australia, Argentina, El Salvador, Germany, Israel, Japan, New Zealand, Lebanon, the Philippines, Rhodesia, Yemen, and many more.

Earlier UH-1 helicopters were fitted with a single powered by a single turboshaft engine producing between 700 shp and 1400+ shp. A simple twin bladed main rotor, and a twin bladed tail rotor. It would be this twin bladed main rotor that gave the Huey its distinctive “chop chop chop” sound that some have pointed to as the origin of the term “chopper”. 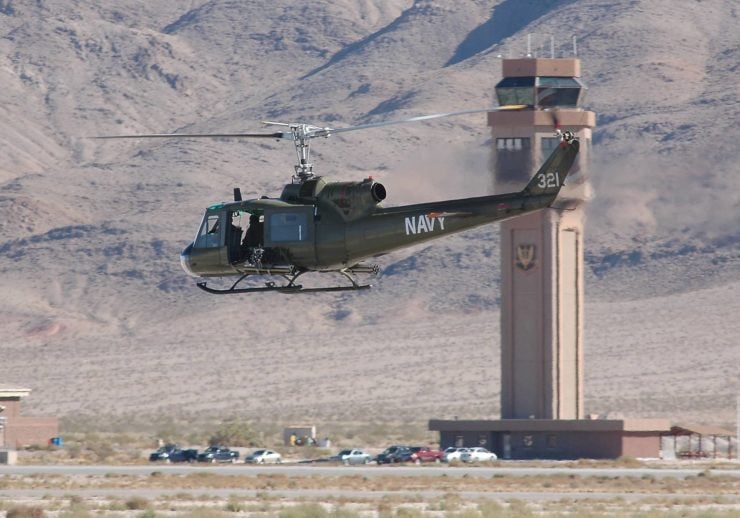 The main fuselage is a semi-monocoque design that makes extensive used of aluminum alloy, and it has tubular landing skids that can also be equipped with skis or floats.

Once deployed to Vietnam the soldiers on the ground began modifying their Hueys almost immediately to give them more firepower.

Many flew with a door gunner however new machine gun mounts were welded up by enterprising US servicemen and significantly more firepower was added to some helicopters, turning some of them into rudimentary helicopter gunships. Bell and the US Army weren’t far behind and “official” gun mounts quickly became widely available.

In Vietnam the Huey was used for everything from troop deployments deep into the jungle to medivac flights out. The sound of the choppers coming in to pick up soldiers and return them to base was named by many veterans as their favourite sound in the years after the war.

The Huey you see here is a Bell UH-1B variant that was built in 1963, it was deployed to Vietnam during the war and it still carries its US Navy markings.

The team at Platinum Fighter Sales list its condition as being excellent and note that it its interior has been restored to stock. It’s currently fitted with replica weapons that are not included for sale however it’s not particularly challenging to source suitable replica weaponry.

The asking price is $165,000 USD and the listing page contains a lot more detailed information on engine and airframe hours etc. If you’d like to read more about it or enquire about buying it you can click here to see the listing. 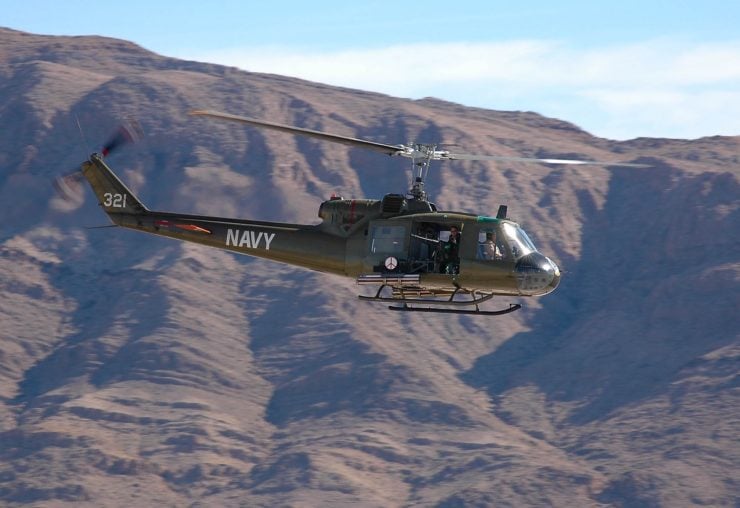 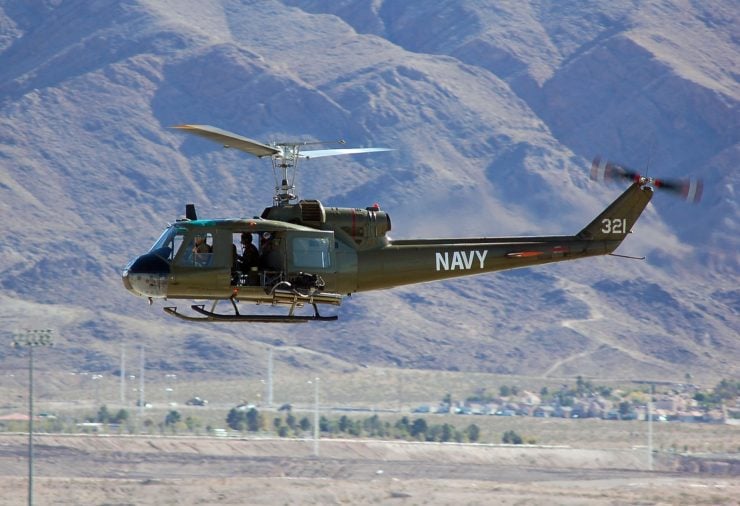 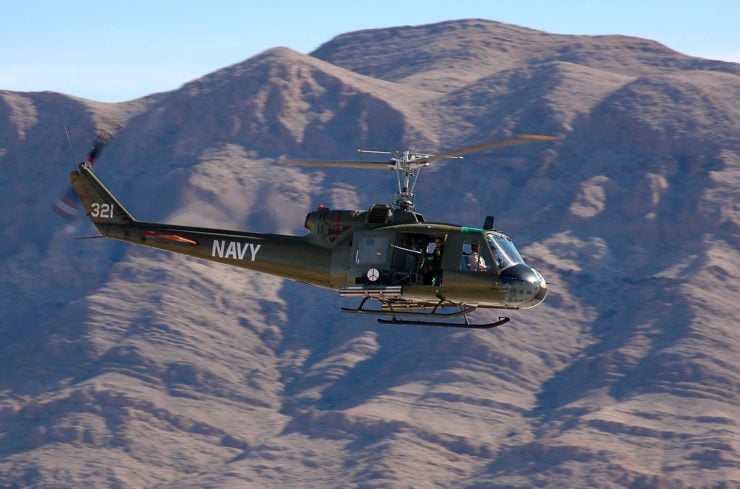 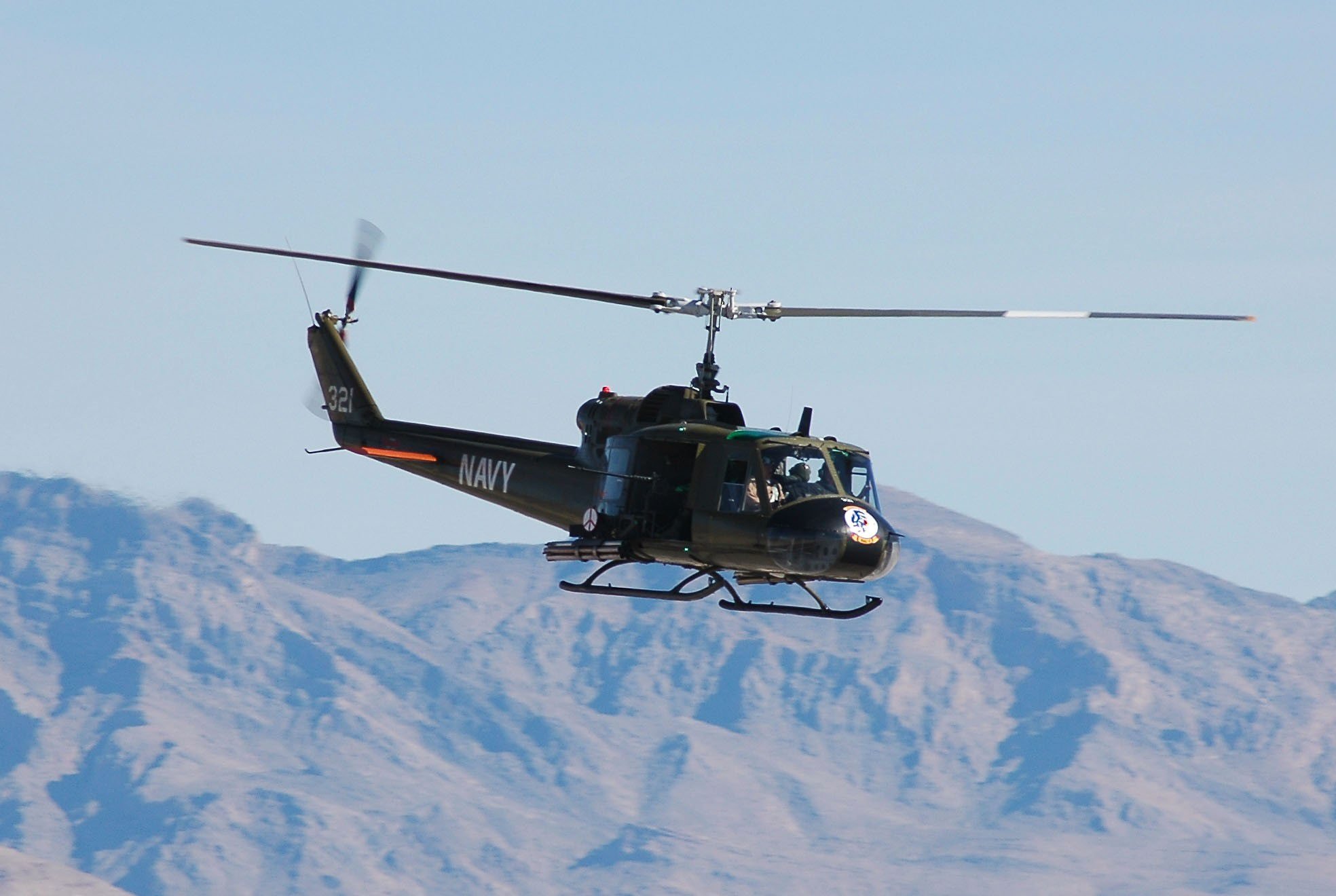