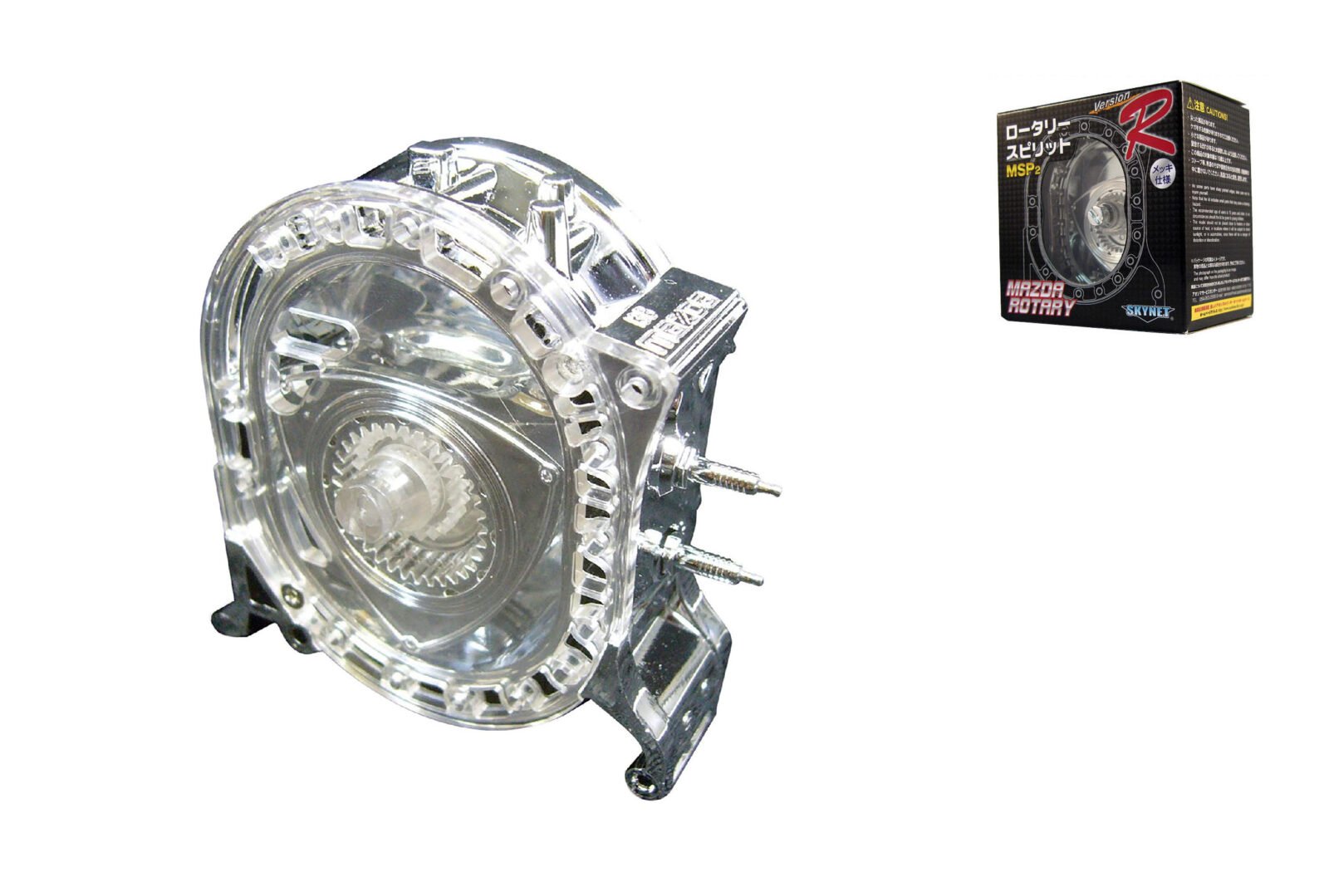 This is a Japanese model of one rotor (and housing) from the legendary Mazda 13B Wankel rotary engine, the front face of the model is clear to allow observers to see inside the engine and learn how it works. The model was developed by Japanese company Aoshima to go on your desktop or coffee table, as a conversation piece and a fidget spinner for petrolheads.

The model spins just like the full size 13B and it has all the correct ports in all the right places, allowing you to show people how the Wankel rotary engine works – the crankshaft can be turned with just a twist of your fingers, spinning the rotor inside the housing. 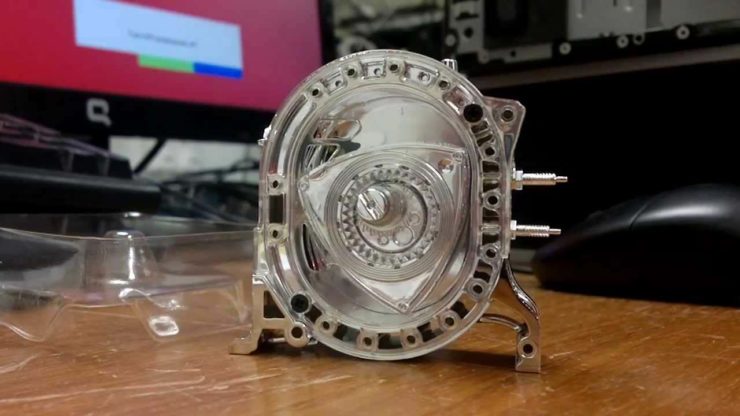 The Wankel rotary engine was developed by German engineer Felix Wankel in the 1960s, it was put into production for use in cars and motorcycles however it would be the Japanese that really ran with the design. Mazda developed a number of rotary engines over the years including both naturally aspirated and turbocharged units. The small size, low number of moving parts, and excellent power to weight ratio have seen the engines remain popular even now when they’re no longer in production.

The key reason the Wankel is no longer in mass-production for automotive use is emissions, the apex seals at the three tips of each rotor need to be lubricated, which necessitates oil being mixed with the fuel and burned. We know that Mazda does still have engineers working on Wankel rotaries and rumours persist that they’re going to bring it back, with apex seals made from new materials that work with little to no lubrication other than that provided by the fuel.

With an MSRP of just $20.25 USD at the time of writing this small desktop model makes a great addition to the home or office, or even the glove compartment of your RX-7. 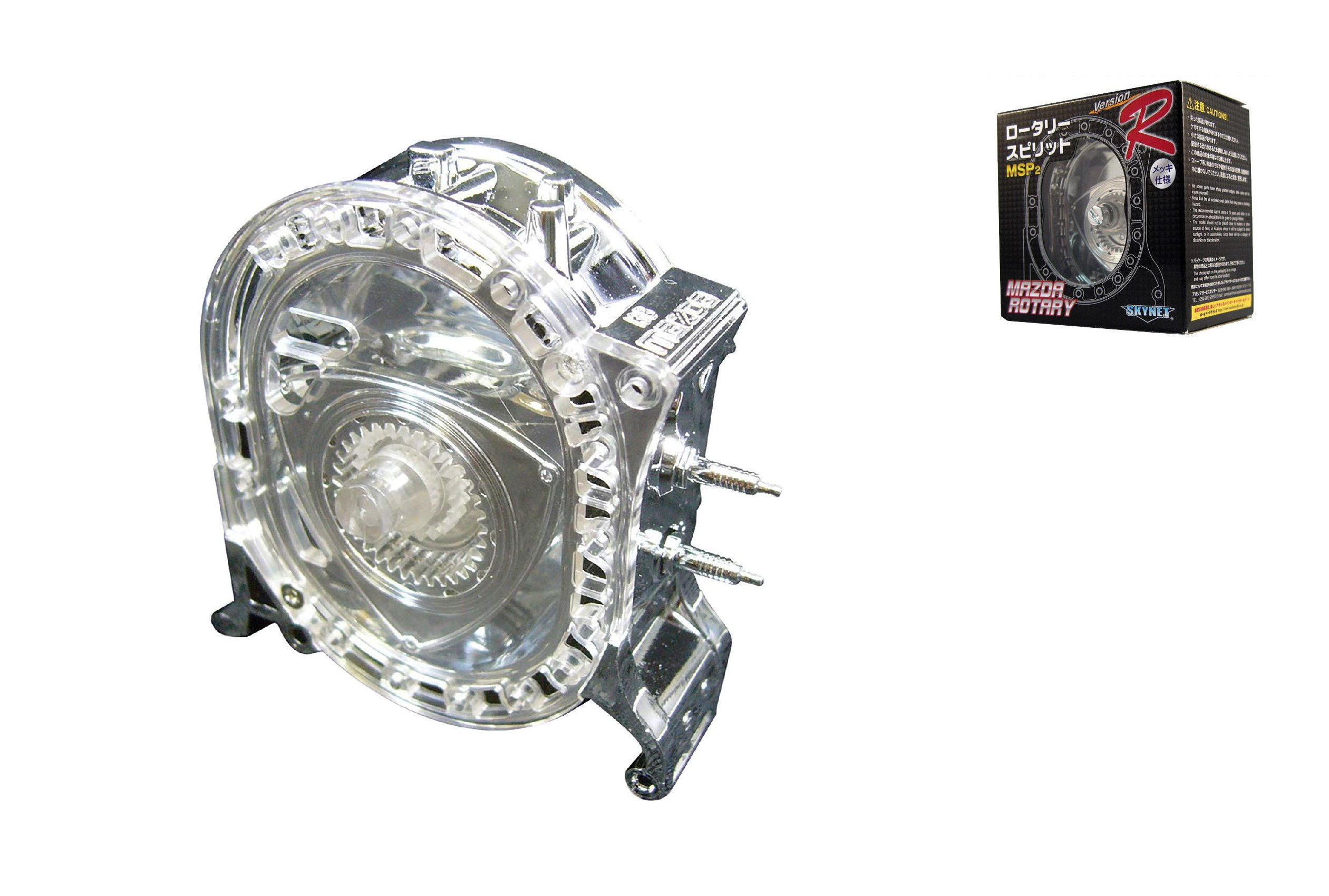