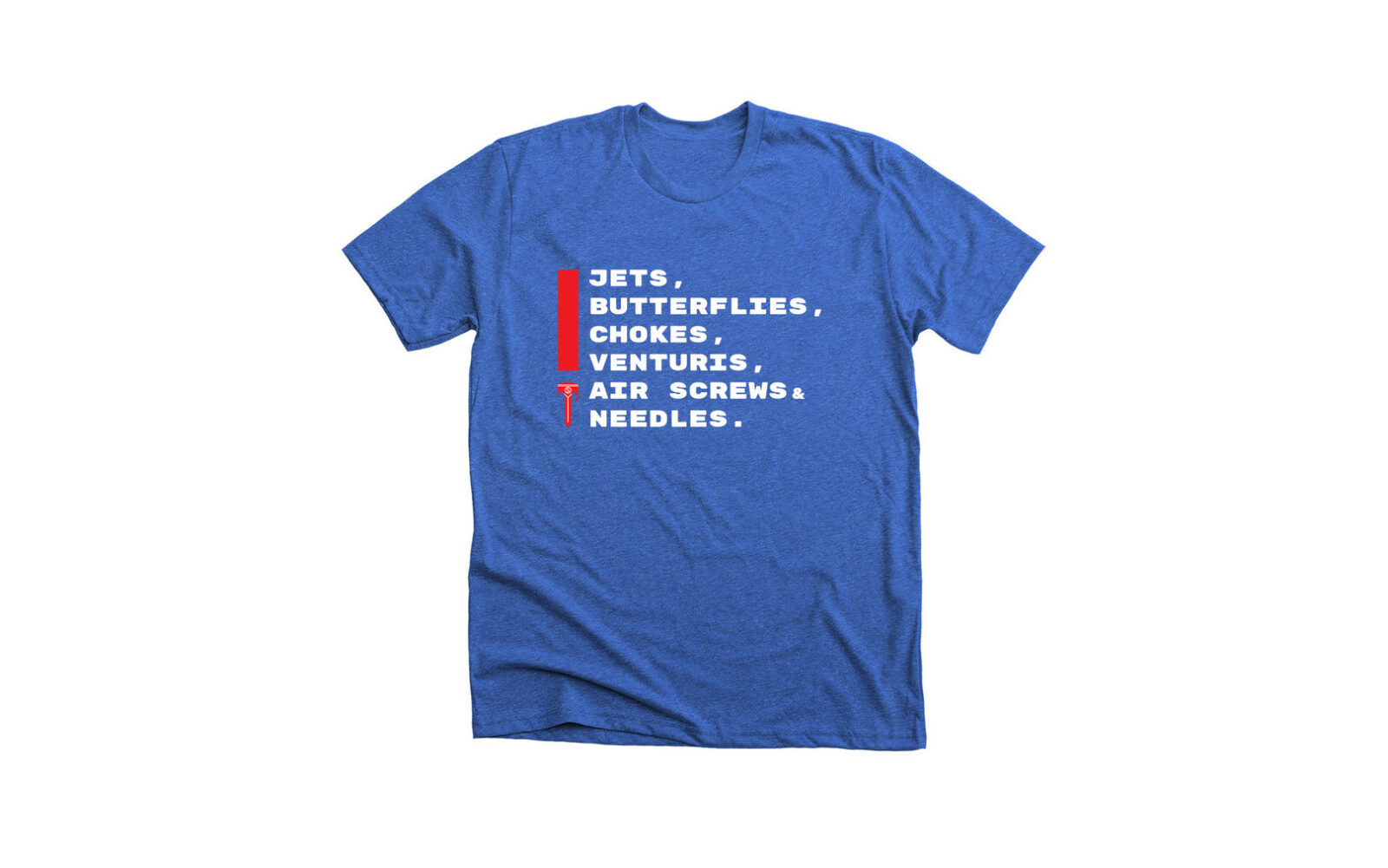 This is the new Carburettor T-Shirt by Silodrome, it comes in your choice of four colors and seven sizes, and each one is screen printed. by hand in Richmond, Virginia.

Carburettor tuning is the vintage car and motorcycle world’s equivalent of voodoo. It’s a dark art only perfected by a small number of gasoline witchdoctors who are sought out by those of us who need them to work their particular form of black magic on our Webers, SUs, Edelbrocks, Amals, Zeniths, Dell’Ortos, or Holleys.

This t-shirt lists some of the key parts of most carburettors, but it’ll make no sense at all to those who have never worked on vintage engines from the glorious era before electronic fuel injection. But that’s half the fun. 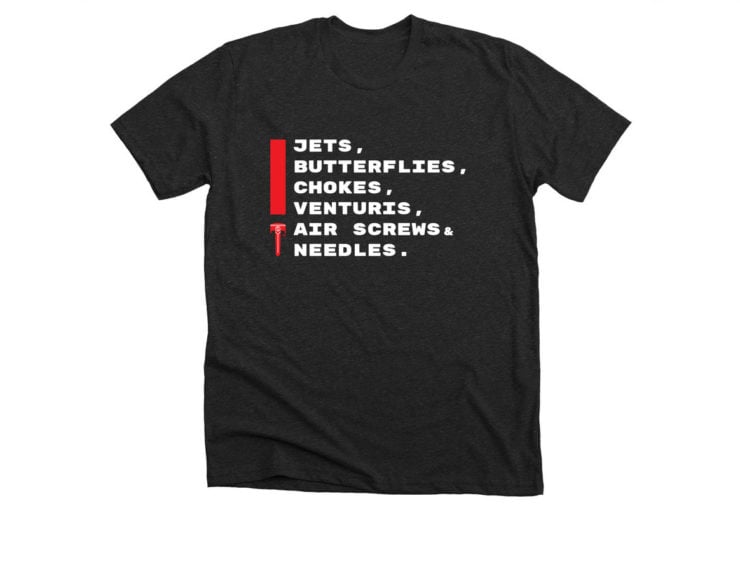