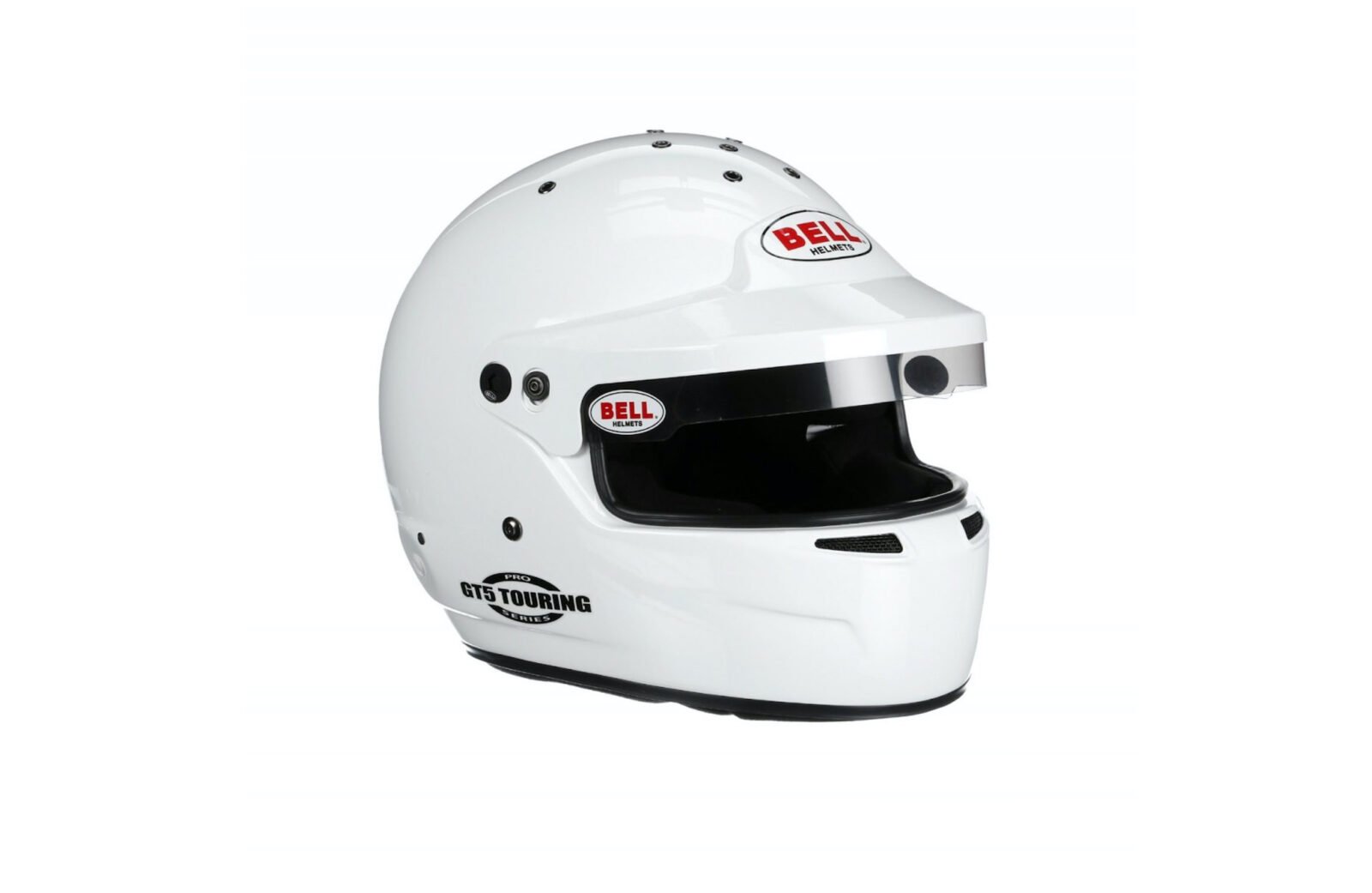 The Bell GT5 Touring Helmet was developed to offer a both professional and enthusiast racing drivers an affordable full face helmet that meets both the Snell SA2015 and FIA8859-2015 safety standards, while also offering the option to use the helmet with a flip up shield or a classic rally peak.

Track days, autocross, and other non-professional racing/motorsport events have been exploding in popularity in recent years, causing a signifiant increase in demand for all the required safety gear like helmets, racing suits and gloves, racing boots, and all the other ancillaries.

Bell developed the GT5 Touring Helmet to meet or exceed the demands of professional drivers while also keeping the MSRP at a level where it would be affordable to weekend warriors. The helmet has a lightweight carbon composite shell and it includes M6 hardware for head and neck safety devices, it has a large eye port for good visibility, and inside you’ll find a multi-piece, multi-density, impact absorbing liner for low and high velocity crash protection.

In order to keep you cool there are forced air options including a side air or top air configuration, there are internal ventilation channels to increase pressure and accelerate airflow to maximize ventilation and cooling.

Helmet sizing ranges from S to XL, it’s available in either black or white, and it’s currently on sale for $629.95 USD. 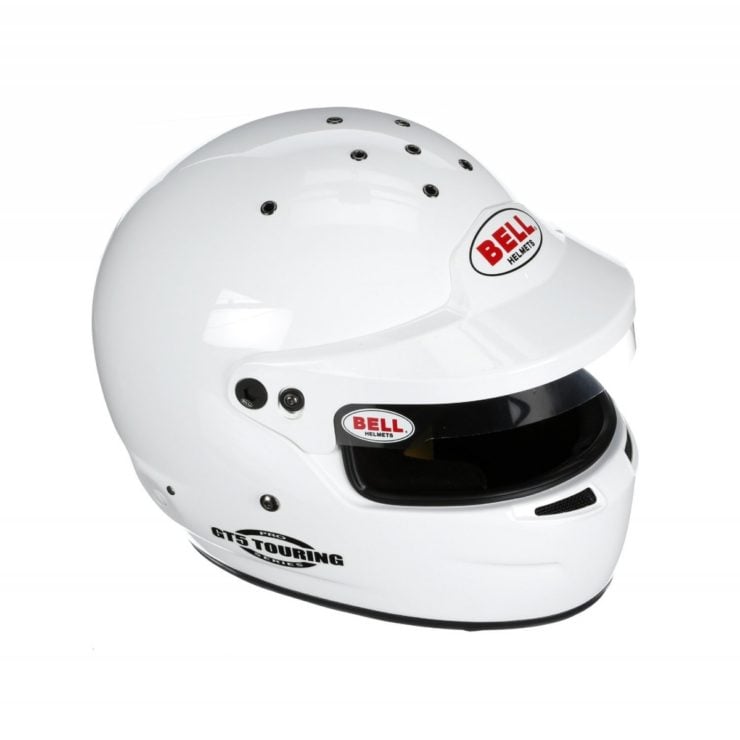 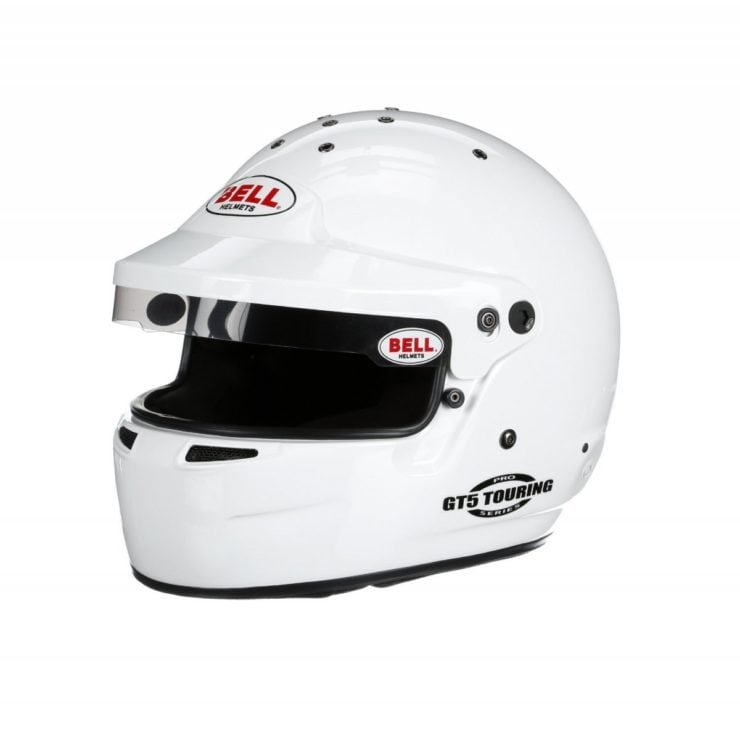