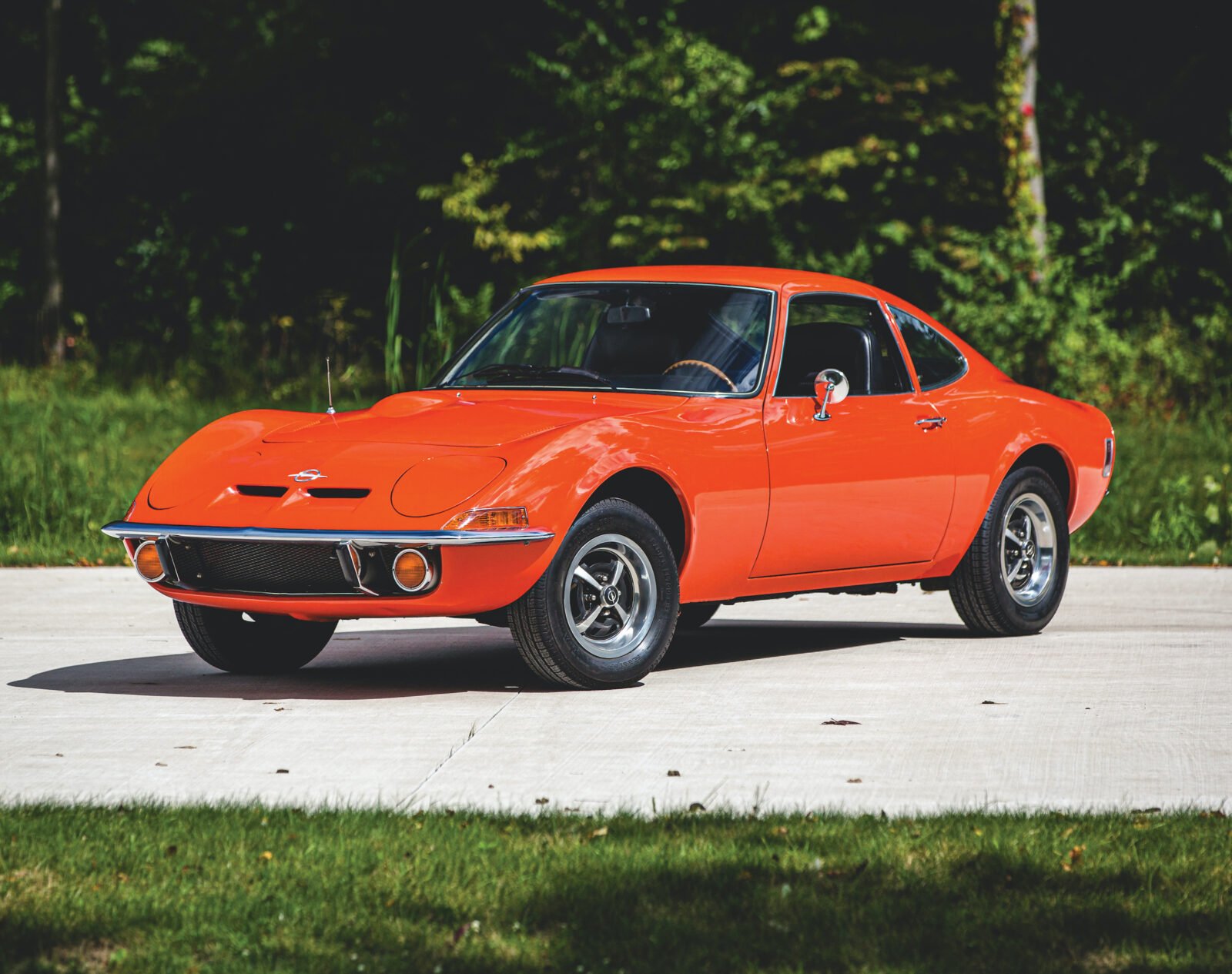 The Opel GT is often referred to as the “Baby Corvette” due to its visual similarity to the third generation Chevrolet Corvette (the C3), both Opel and Chevrolet are General Motors-owned companies and the similarities between the C3 Corvette and the Opel GT are more than just skin deep.

The single most famous Opel GT is almost certainly the modified example that was built by Virgilio Conrero to compete in the 1970 Targa Florio. The car won its class (GT 2.0 litre) and it place 9th overall, showing the performance potential of the car that was woefully unutilized by Opel.

It’s widely believed that both the Opel GT and the C3 Corvette took their styling cues from the same vehicle – the highly influential 1965 Mako Shark II concept car designed by Bill Mitchell and his team. In many respects the Opel was almost a Corvette for the European market, in order to better suit the tastes of drivers on the Continent the GT was physically smaller and powered by a smaller, far more economical engine. 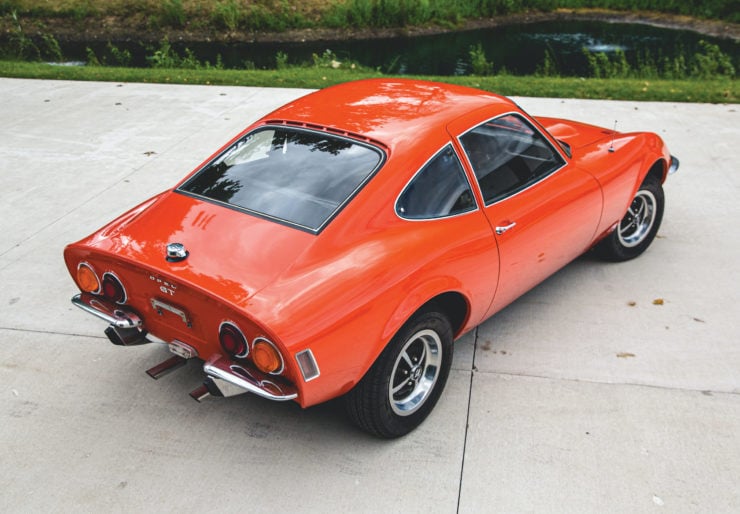 Both the Opel GT and C3 Corvette are fitted with transverse springs as part of their suspension (up front for the Opel and in the rear for the Corvette), both cars have no externally openable trunk requiring access from inside behind the seats, both vehicles have pop-up headlights, swooping curves and notably similar front and rear ends.

Where the Opel GT differs from the Corvette is in its construction, it uses a more modern steel unibody design rather than a fibreglass body on a steel frame like the C3.

The Opel GT was designed by Erhard Schnell, it first made its appearance at the 1965 at the Paris and Frankfurt motor shows as a styling exercise. The public reception for the car was so warm that it got put into production, with the bodies all made by French contractor Brissonneau & Lotz based on the platform under the Opel Kadett B.

The somewhat humble Opel Kadett B platform is where the Opel GT got its front transverse leaf spring and upper A-arms, it also features a live rear axle on coil springs, disc brakes up front, drum brakes in the rear, and rack-and-pinion steering. The engine was mounted as far back in the engine bay as possible giving the GT a front-mid-engined layout and a weight distribution of 54/46 front/back. 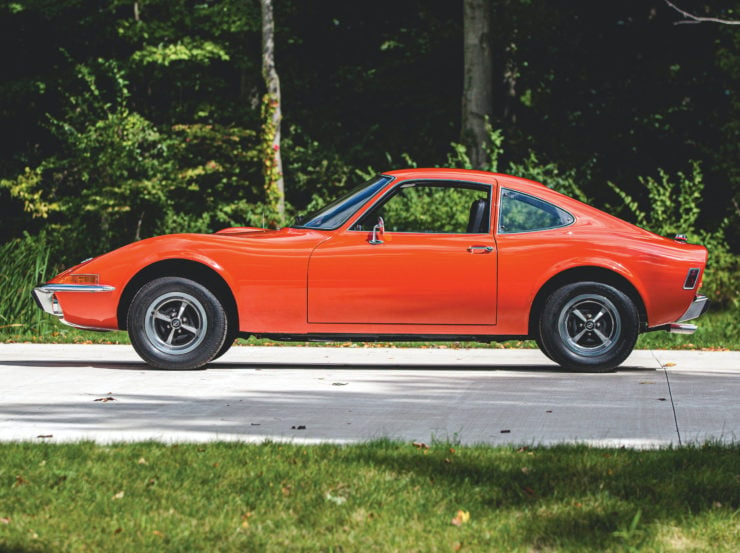 Two engines were offered with the GT, either a 1.1 litre, OHV, inline-4 cylinder producing 67 hp at 6,000 rpm or a 1.9 litre OHV, inline-4 engine producing 102 hp at 5200 rpm. Horsepower numbers did vary by year as engines were modified to meet increasingly stringent emissions standards.

Although neither of these engine choices were likely to light the world on fire with their power output it is important to note that the Opel GT only weighed between 845 kgs (1,863 lbs) to 940 kgs (2,072 lbs) depending on year and specifications.

Two transmission options were offered, either a 4-speed manual or a 3-speed automatic. In more recent years many cars have been converted from automatic to either 4 or 5-speed for an improved driving experience and better fuel economy. Just over 100,000 examples of the Opel GT were built during the 1968 to 1973 production run, in the United States the cars were sold through Buick dealers and many were equipped with automatic transmissions.

The Opel GT you see here is a largely original car still wearings its factory paint, it has just 14,995 miles on the odometer and it’s fitted with the larger 1.0 litre 102 hp engine which is mated to the popular automatic transmission. The car is offered with its service manual and a small collection of invoices. Despite the relatively high production numbers many original GTs have succumbed to rust or neglect over the years and so finding good survivors is becoming increasingly difficult. 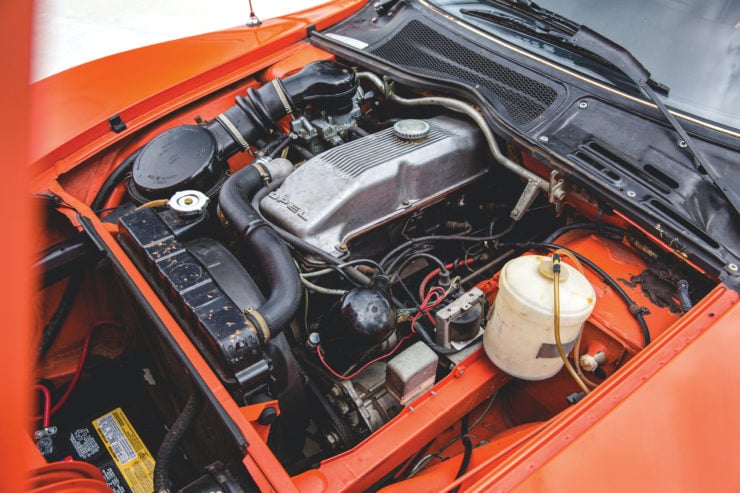 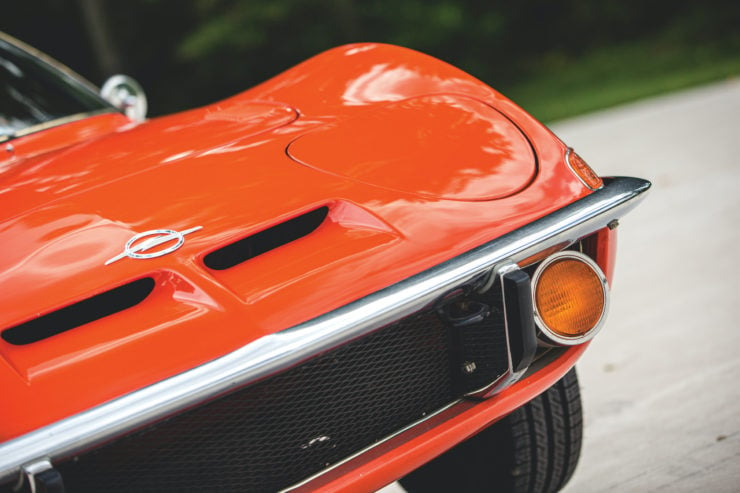 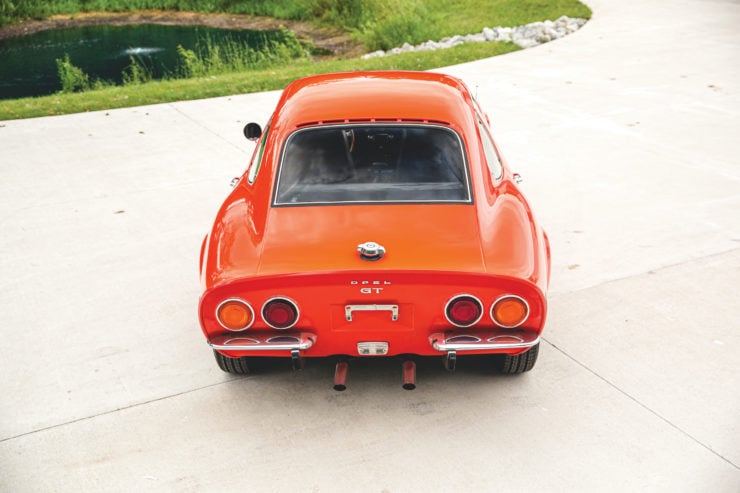 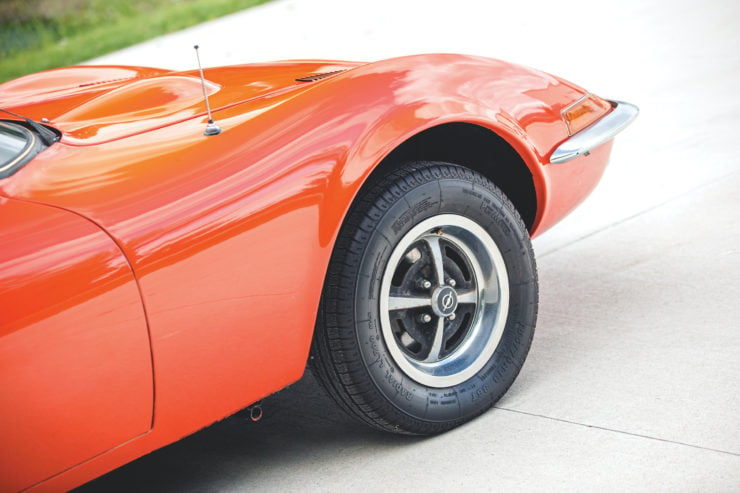 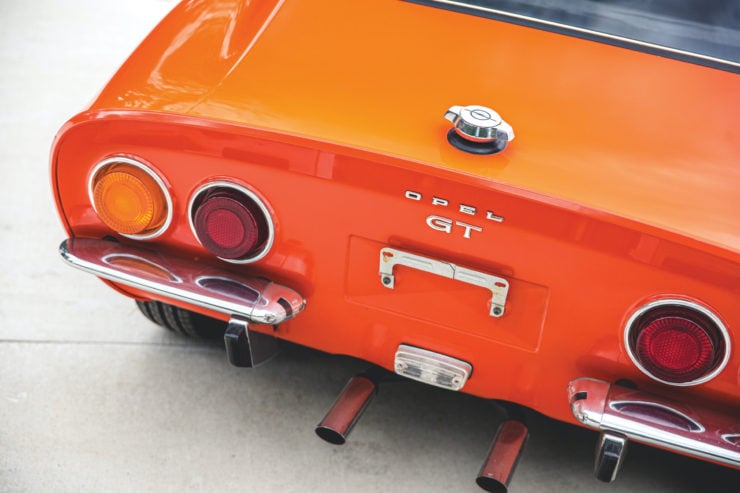 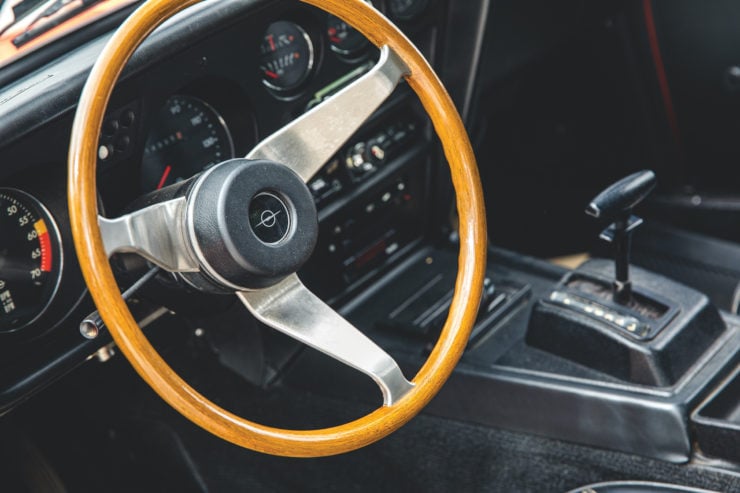 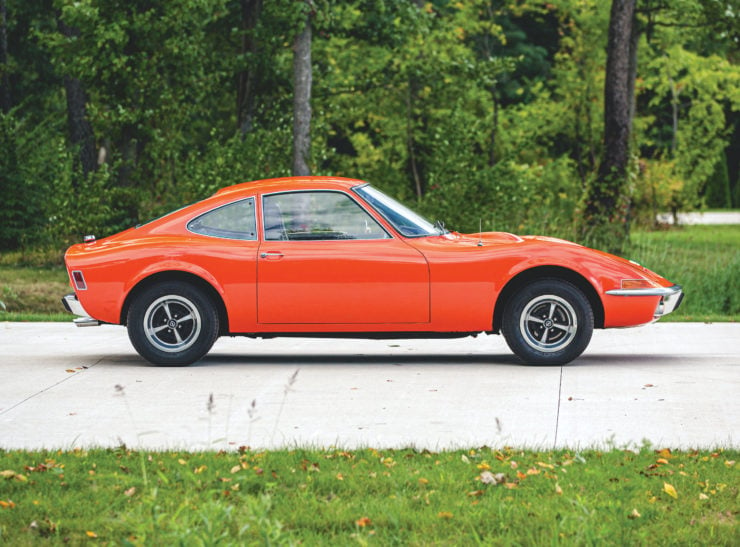 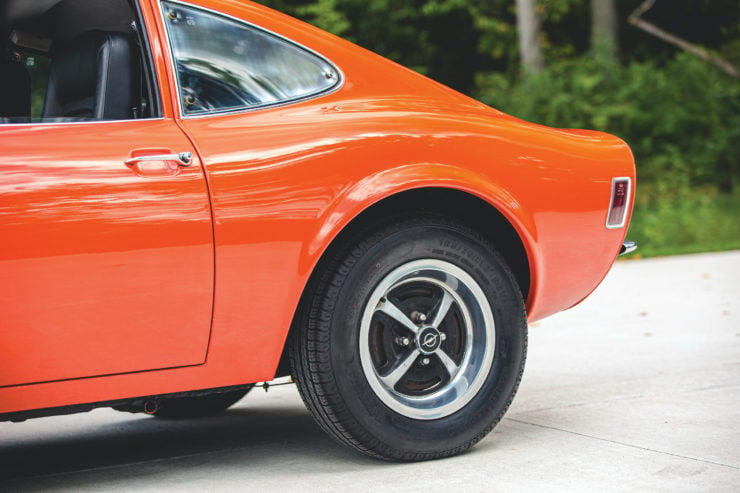 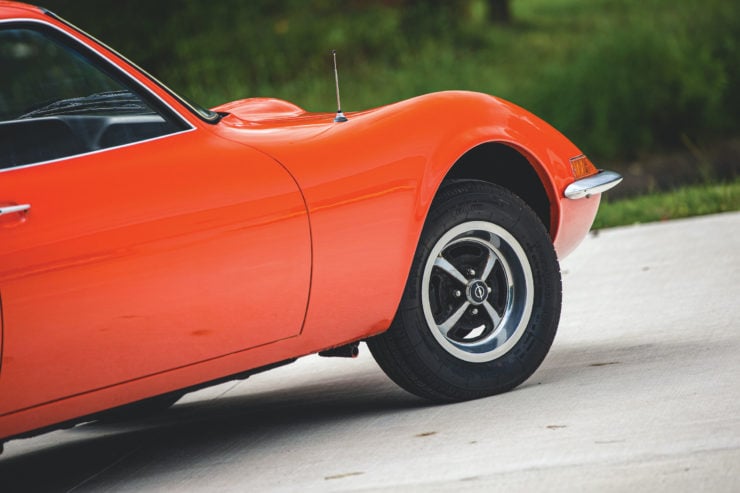 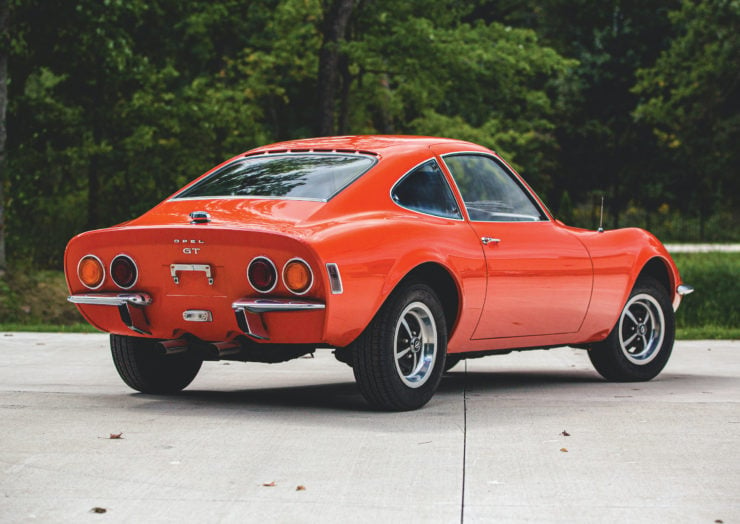 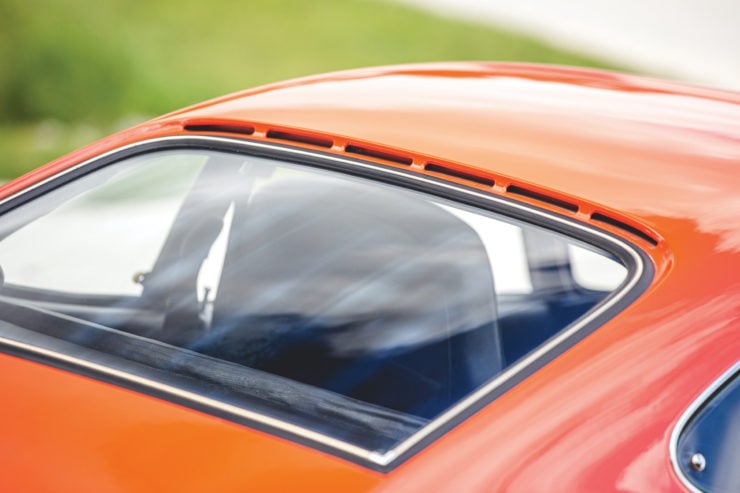 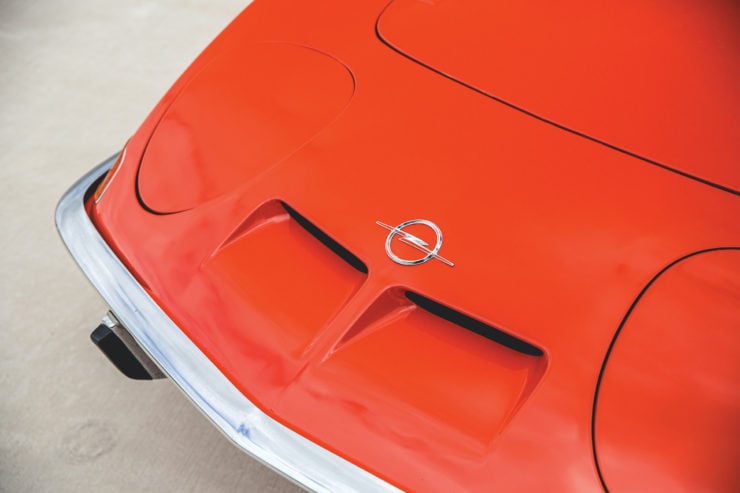 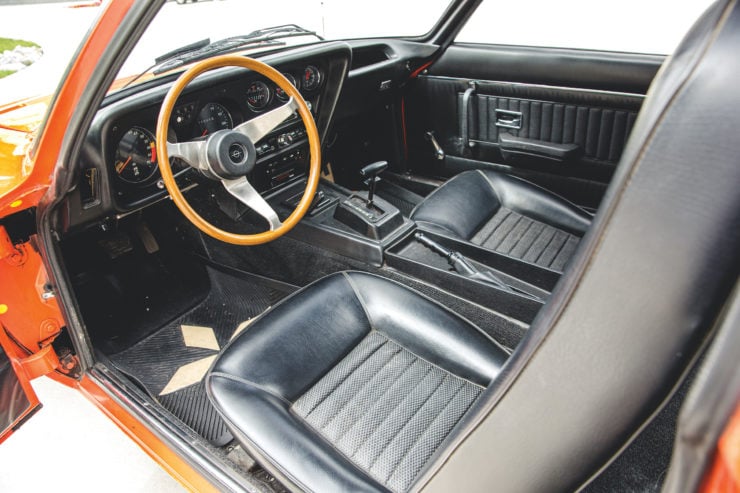 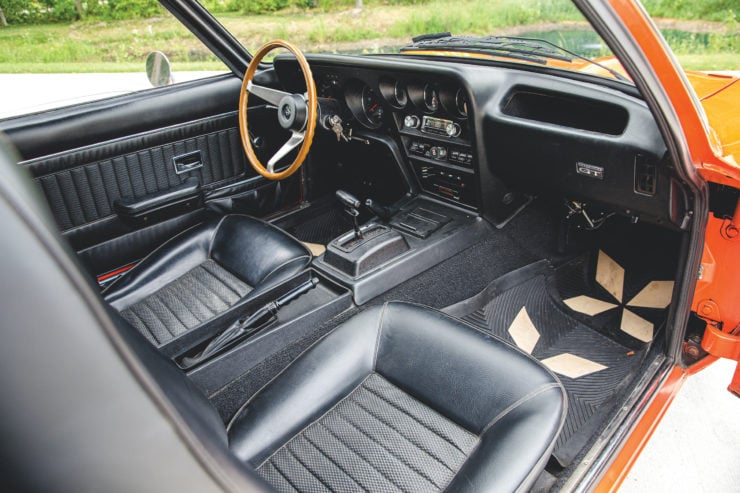 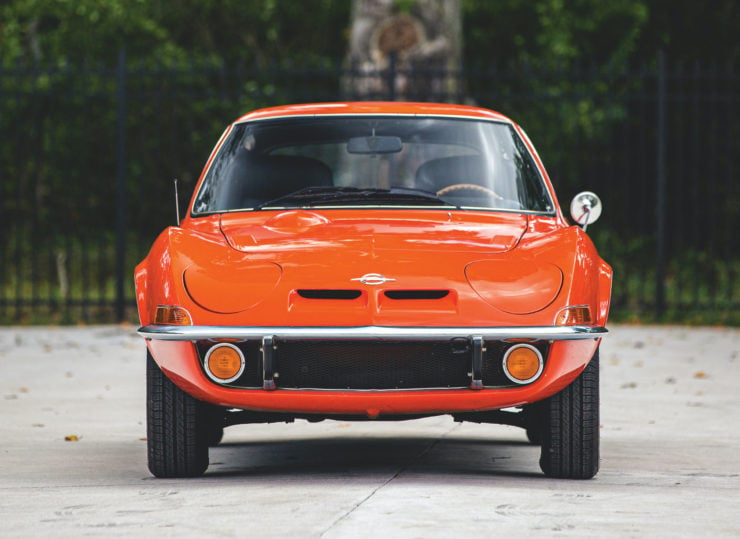 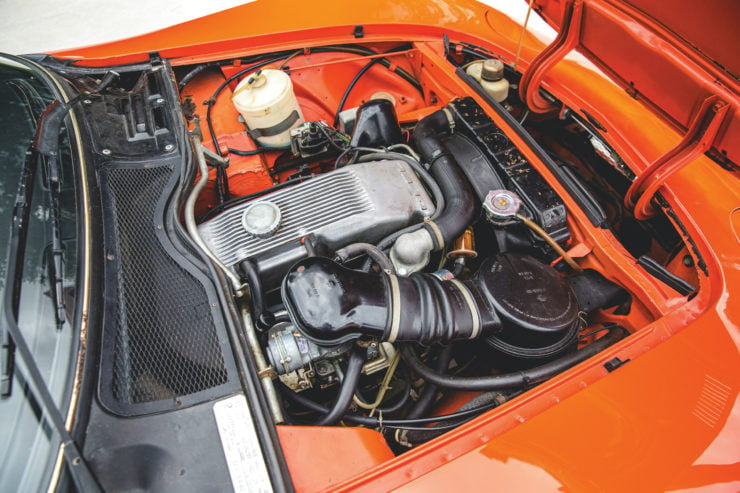 This is a rare Saab 96 Monte Carlo 850, it was built by the Swedish automaker to commemorate the victories of rally driver Erik Carlsson in the Monte Carlo Rally in 1962 and 1963. The unusual…