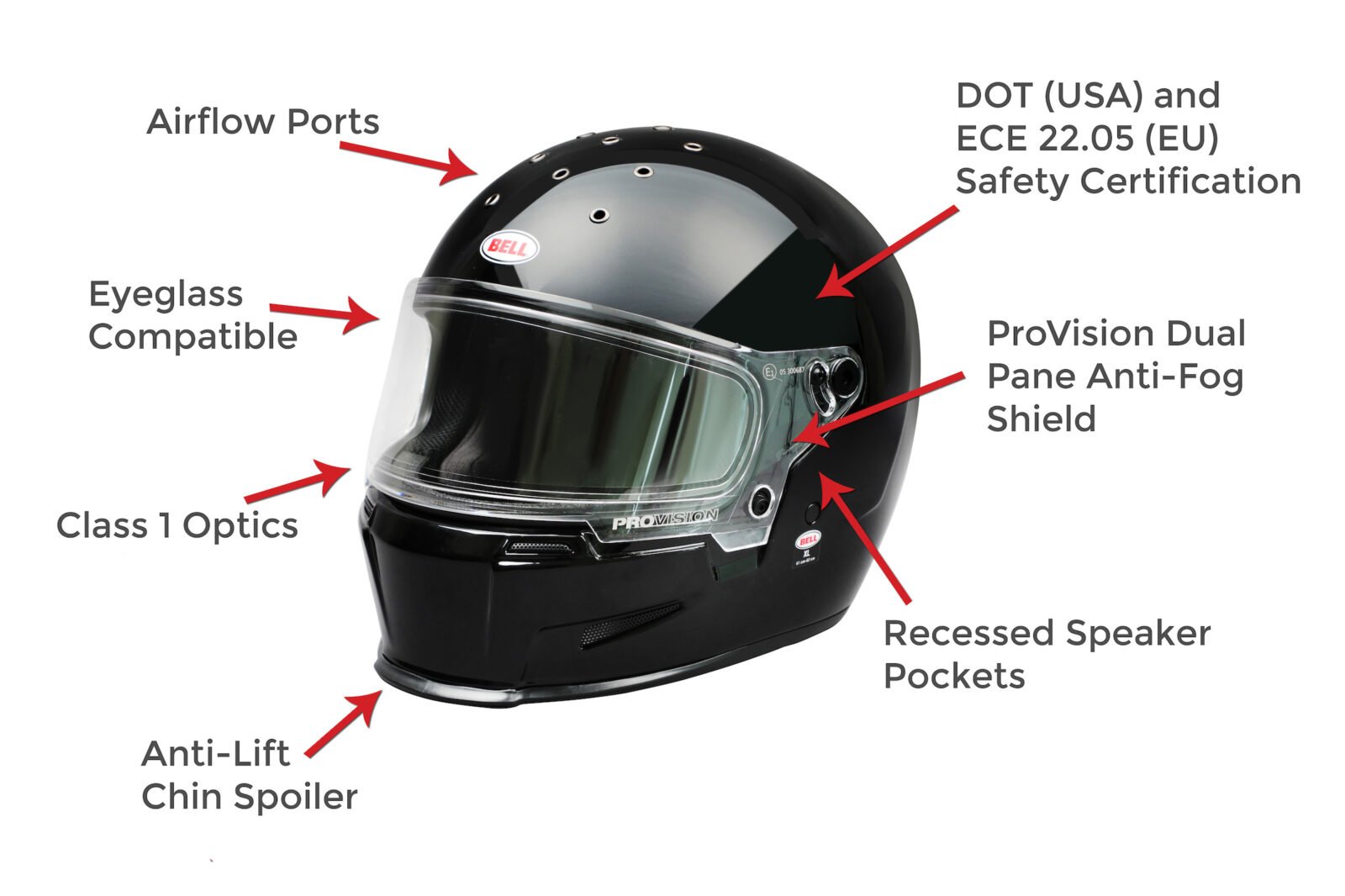 The Bell Eliminator Helmet was designed in the style of the automobile racing helmets of the 1970s but with a wider eye port for motorcycle use, and of course – full modern materials and safety.

Up until a few years ago there were almost no retro or classically-styled motorcycle helmets on the market that were built to full modern safety standards. This was an issue for those of us with vintage or classically-styled motorcycles who had little choice but to ride around with a modern helmet, many of which look remarkable similar to those favoured by the Mighty Morphin Power Rangers.

Nowadays there are dozens of vintage looking helmets that offer full modern protection, and the Bell Eliminator is one of the most recent arrivals.

In order to ensure everyone can get an exact tailored fit, Bell builds the Eliminator in three shell sizes, with five different impact absorbing EPS liners. This helps guarantee have the right amount of protection without looking like a bobblehead.

The ProVision face shield is dual paned so you don’t have to mess with insert lenses, there are speaker pockets for optional communication devices, and the helmet is eyeglass friendly for those who wear corrective lenses or sunglasses. You can also take off the face shield and ride with sunglasses or goggles if you prefer. 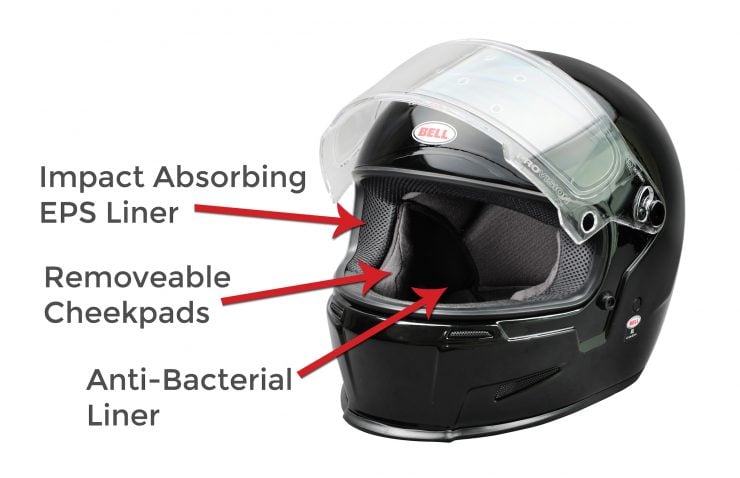 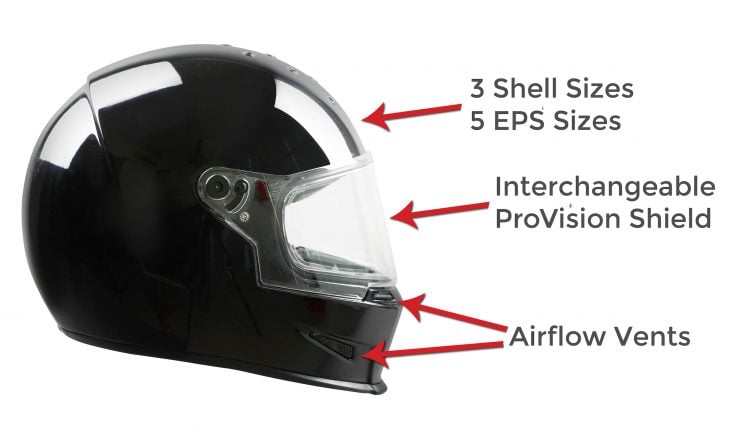 The Eliminator offers four air intakes in the chin bar with a series of nine ports running along the top of the helmet. The visor can be removed quickly allowing the wearer to use goggles or glasses, and as mentioned previously, Bell designed the helmet to allow easy use of both regular glasses and sunglasses – an important feature for many people that is often overlooked.

Bell develop their helmets with input from wind tunnel testing and aerodynamicists, though (perhaps fortunately) this design is free of the excessive aero features common on helmets targeted more at track-focussed motorcyclists.

Each Bell Eliminator comes with two visors, a clear unit (fitted) and a dark tinted (in the box), there are also built-in speaker pockets for optional communication devices. These devices are becoming more and more popular, particularly with those who commute to work or use their motorcycle for long-distance rides. 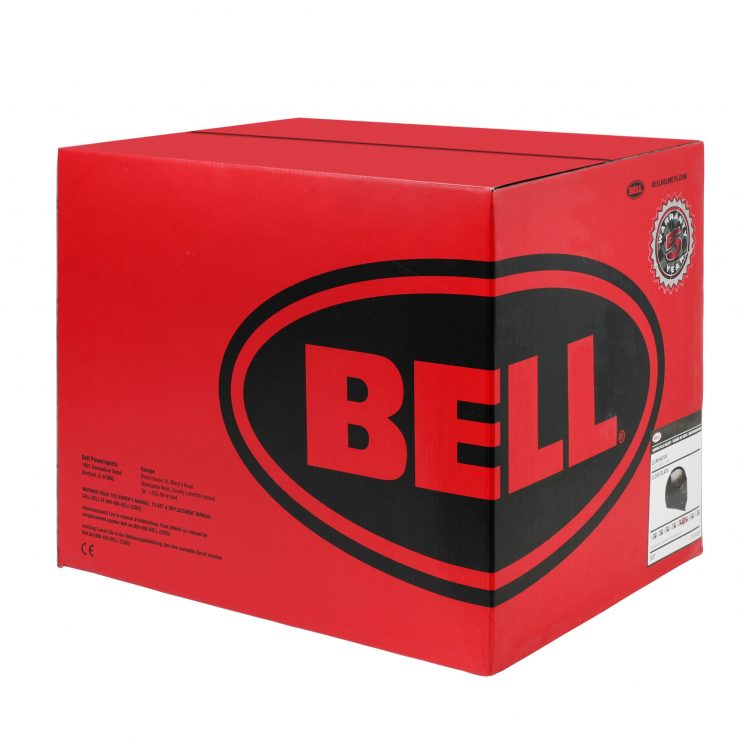 The Eliminator has a slightly larger chin bar than many helmets, giving you the sense that it covers more of your face which isn’t a bad thing. I have an oval shaped face and a couple of my modern full face helmets don’t cover my whole chin.

If you’ve faced similar problems you’ll know what I mean, and you’ll know how deleterious it is to get hit in the chin by a dragon fly at 80 mph when you’re on the highway.

The flip-up shield takes a solid prod with the left thumb to pop open, it has two positions and the optics are excellent. Field of vision is far more important with motorcycle helmets than it is with automotive racing helmets, and the Eliminator offers almost 180º. We tested it against some other modern helmets we have in the office and it’s the best of the lot so far as we could tell.

Vertically the viewport is a little shorter than some but it’s still expansive by any measure, and the trade off gives you that wider, longer chin bar which isn’t a bad thing.

At highway speeds the chin bar spoiler does its job, there’s no lift at all and there almost seems to be a little downforce at speeds of 70-80 mph or higher.

Wind noise is moderate at highway speeds which is surprising given the nine ports in the top of the helmets and the four open vents in the chin bar. The ear/speaker pockets do seem to be well insulated and they offer plenty of room for communication devices.

Each Eliminator comes in the characteristic big red Bell box, with a padded helmet bag that has a drawstring closure.

Overall the Eliminator is a very solid helmet and a welcome addition to the retro/classic genre, you know it’ll never go out of style and I suspect it’ll look good on almost any motorcycle – from modern to classic and everything inbetween. 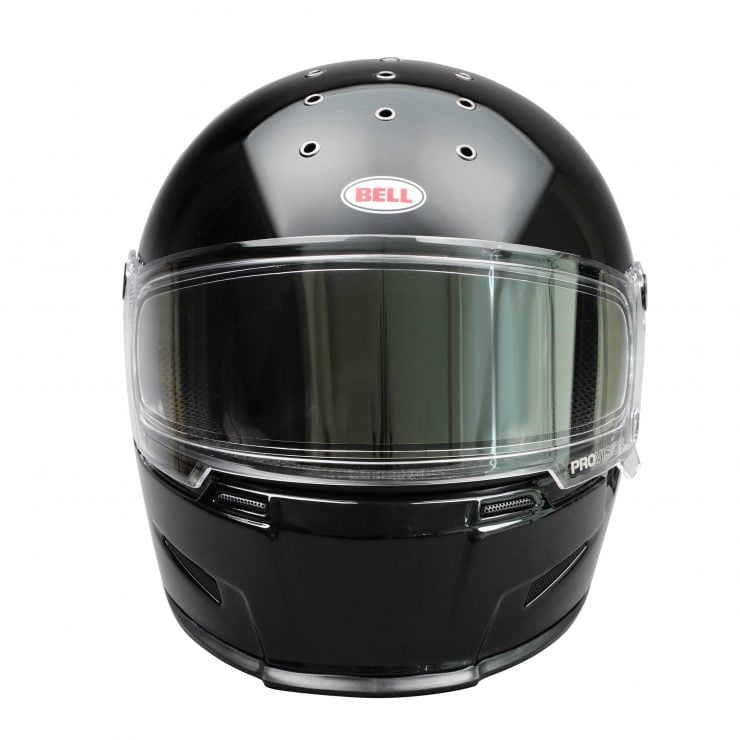 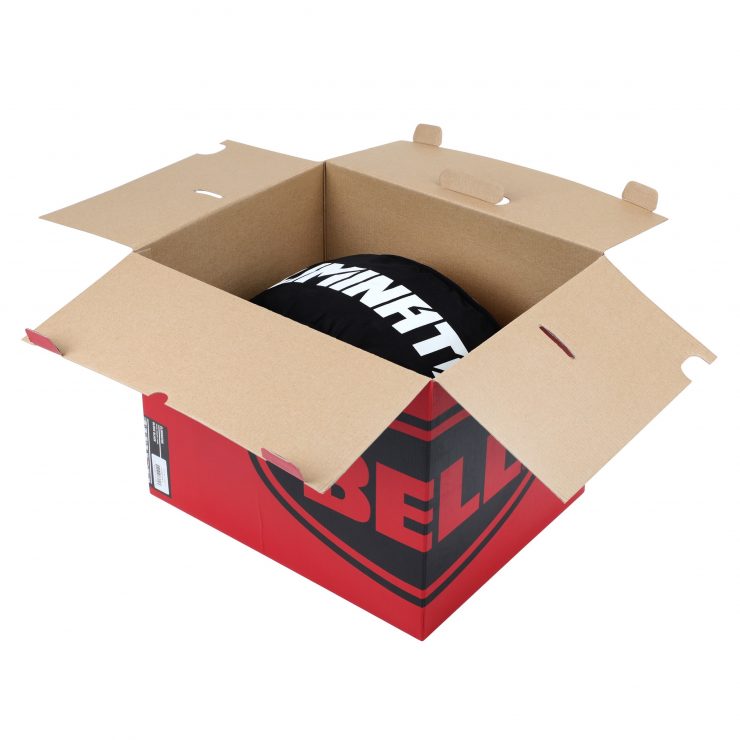