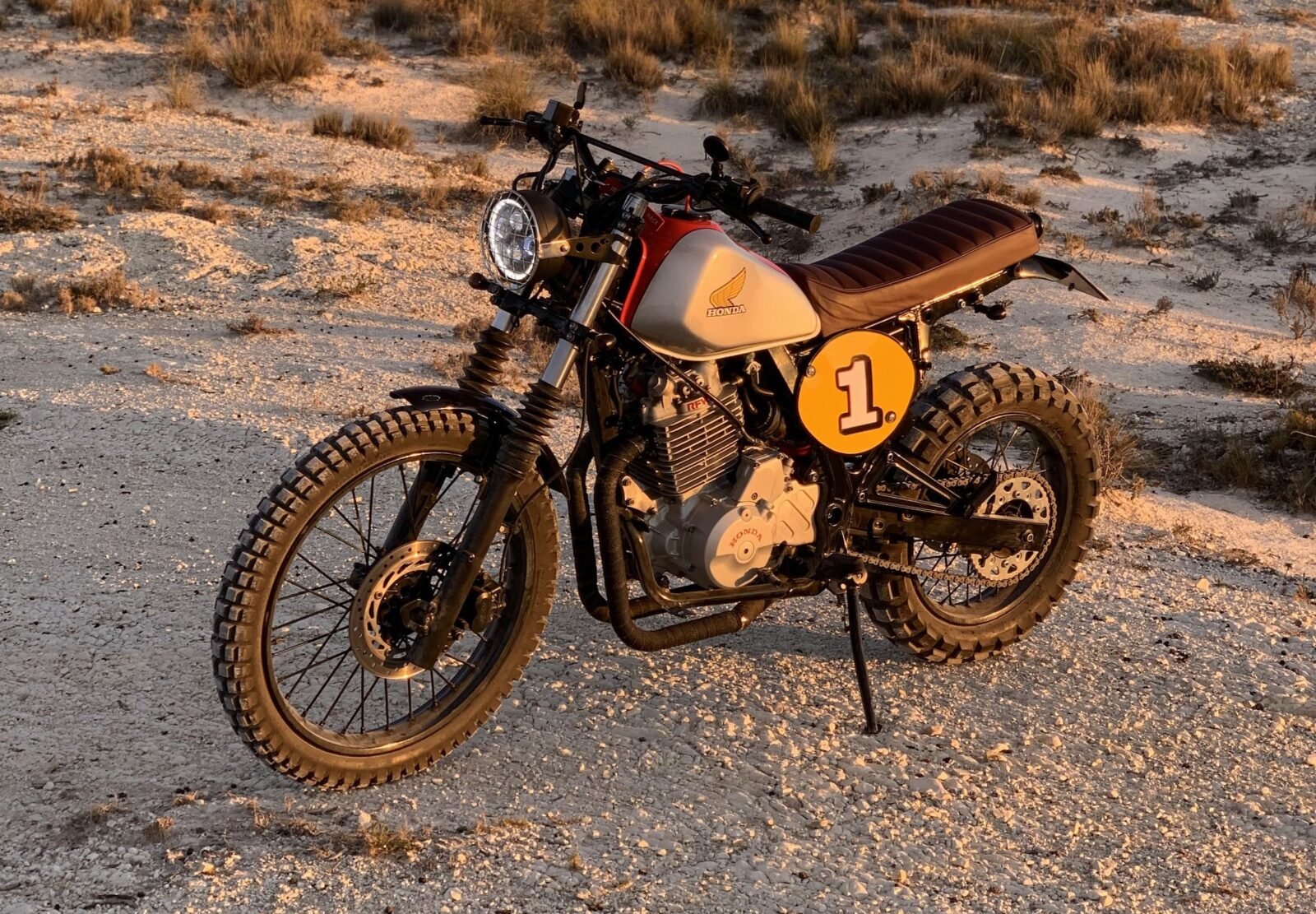 This Honda Dominator NX650 custom is the work of the talented team at Petrology, they’ve allied with SG Moto Restoration to develop a production run of rebuilt Dominators designed to capture the spirit of 1970s dual sport bikes.

The Honda Dominator NX650 was developed as a mid-size dual sport motorcycle in the late 1980s fitted a 644cc version of the venerable RFVC (Radial Four Valve Combustion) engine.

This single-cylinder, single overhead cam engine features four valves per cylinder arranged radially – none of valves are on the same plane, almost as if the four valve faces are resting on the top of a ball and all pointing up in slightly different directions (see Honda illustrations below).

This radial combustion chamber is designed to give the fuel a clean even burn, some absolutely swear by them, and owners of Hondas with RFVC engines have been known to talk people’s ears off with their enthusiasm for the design.

The Dominator NX650 is well-known for its reliability, the 644cc engine produces 44 hp at 6,000 rpm, and 53 ft lbs of torque at 5,000 rpm. The compression ratio is a relatively sedate 8.3:1 allowing the engine to run on the lower octane fuels you typically find in developing countries, and it breathes in through a 40mm Keihin constant-velocity carburettor.

Although it’s difficult to find hard data on longevity, some have reported engines lasting in excess of 100,000 miles before requiring a full rebuild.

A 5-speed gearbox sends power to the rear wheel via a chain drive, and suspension is made up of a monoshock rear and traditional telescopic forks up front. The Dominator has a steel cradle frame, a steel swing arm, seating for two, and a half fairing.

Honda sold the NX650 from 1988 to 2003 and many of them are still on the road thanks to their bullet-proof construction. They remain a popular choice with everyone from commuters to overland adventurers, and they typically compete with the Kawasaki KLR650. 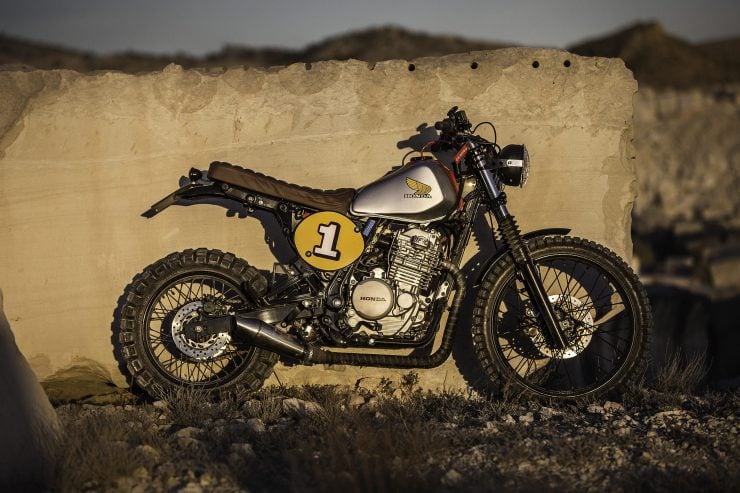 The custom you see here is the work of Petrology and the team at SG Moto Restoration. They stripped the 1991 model year donor bike back to its core and began a rebuild designed to give the bike classic styling whilst improving its dual sport performance characteristics.

All the original fairings and plastic bodywork were removed and binned, a new seat was fabricated and upholstered, and a new headlight was fitted up front with a wire stone guard. A new set of braced Tommaselli handlebars were fitted with new grips and a pair of small mirrors.

New front and rear fenders replaced the stock units, along with new bullet indicators front and back, side number plates, and black rubber gaiters on the forks rot protect them from mud and dust. A set of matching Continental TKC 80 tires were fitted front and back, and a new bespoke exhaust was fabricated with custom 2-into-1 headers and a high flow muffler.

The completed bike is far more handsome than the original, and it looks more capable thanks to the far chunkier tires than were ever fitted by the factory. If you’d like to visit Petrology or order your own, you can click here. 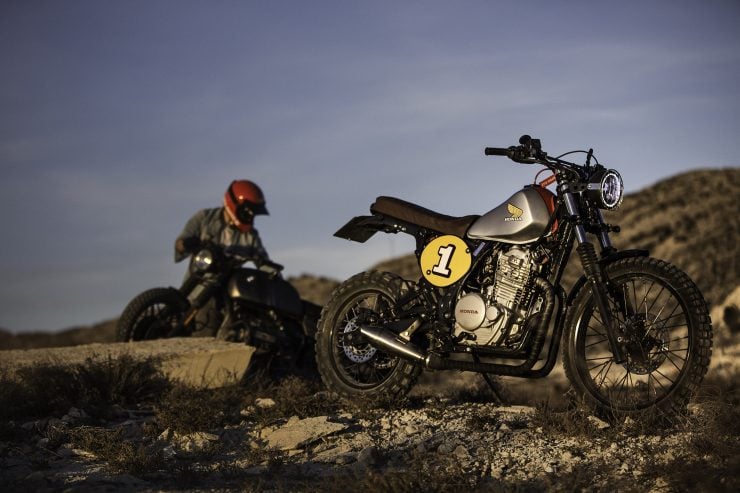 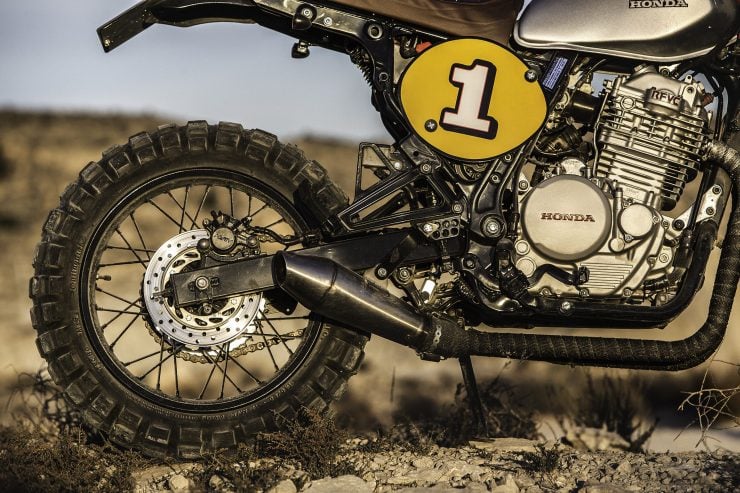 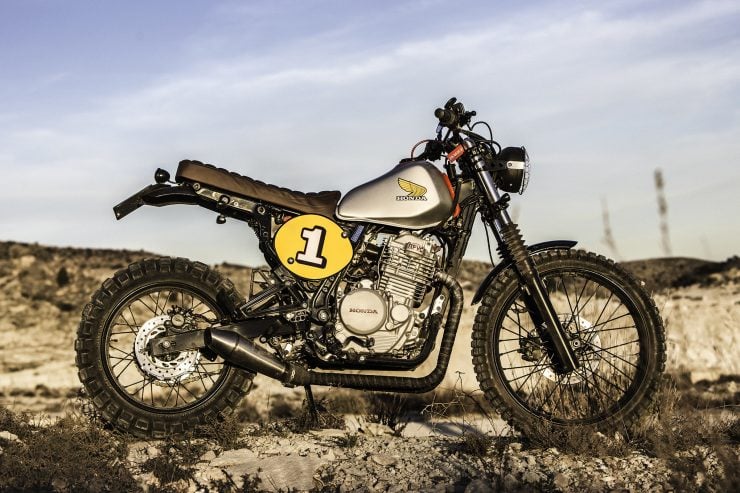 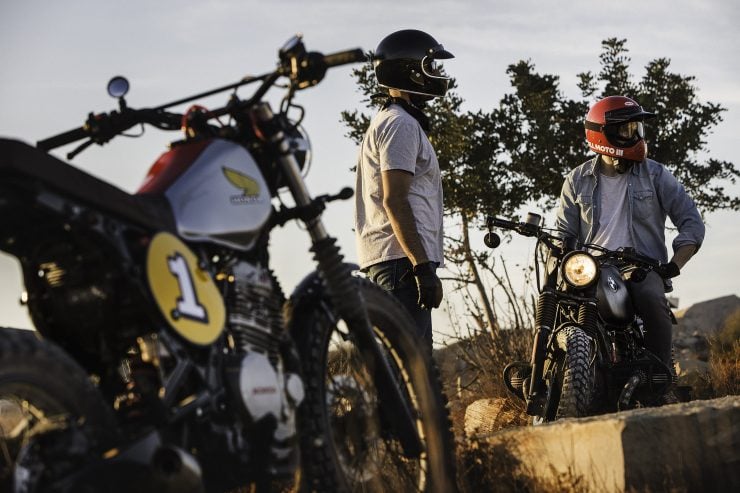 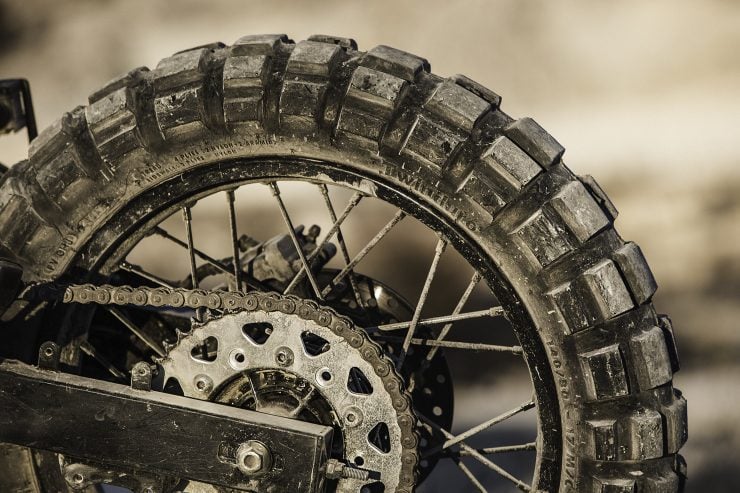 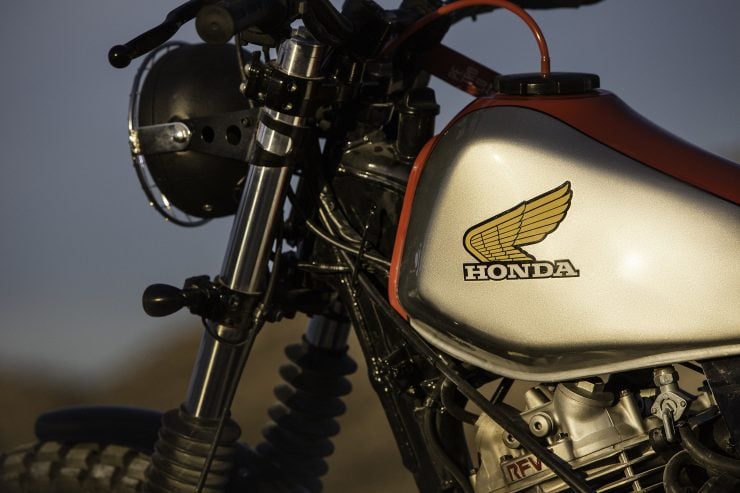 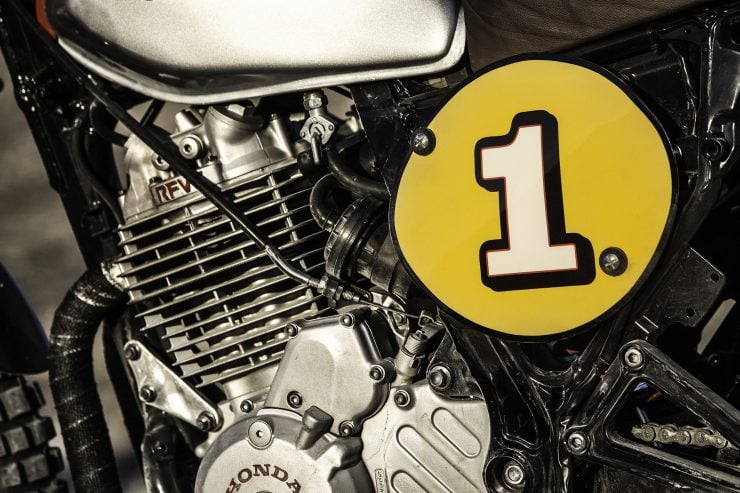 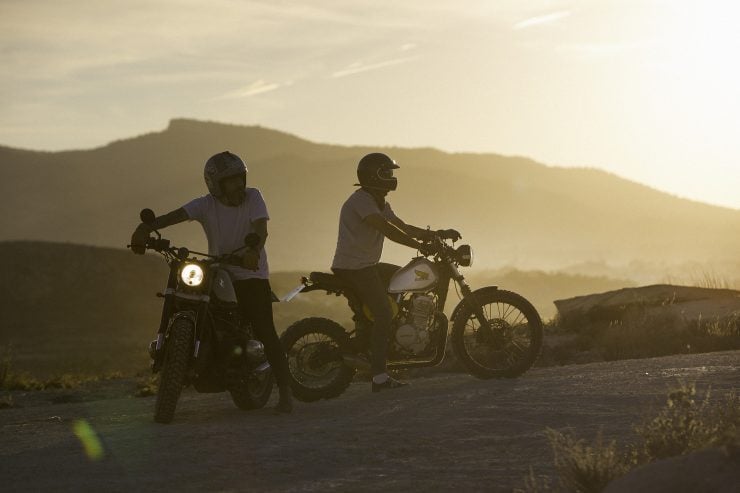 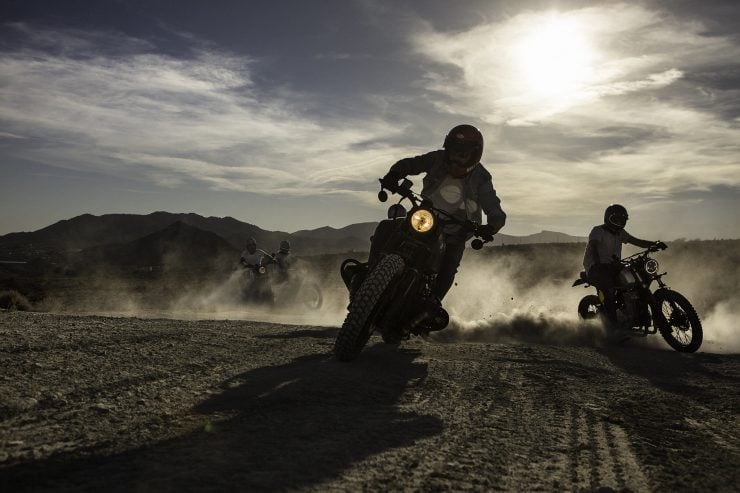 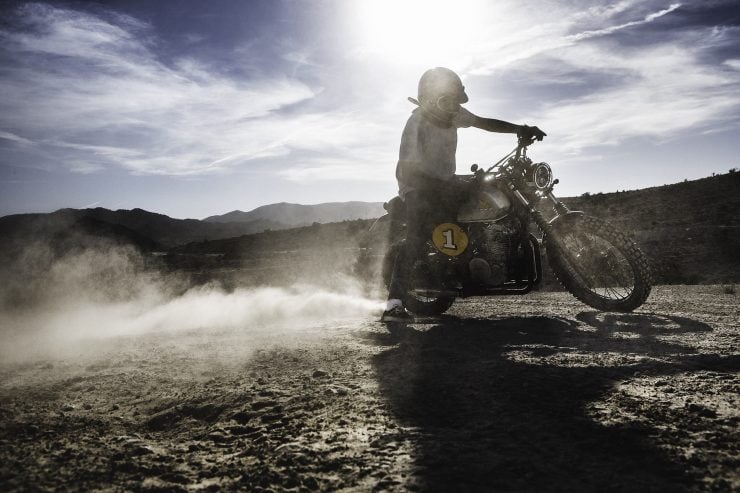 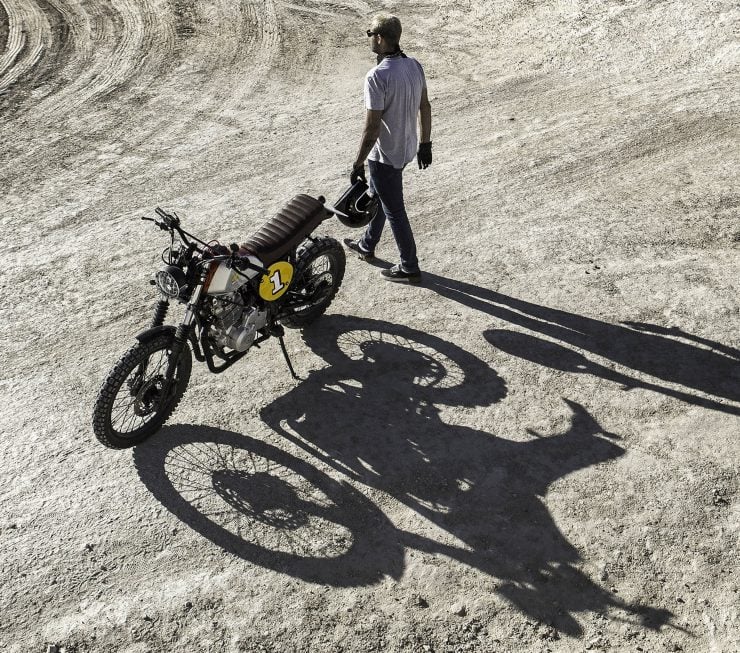