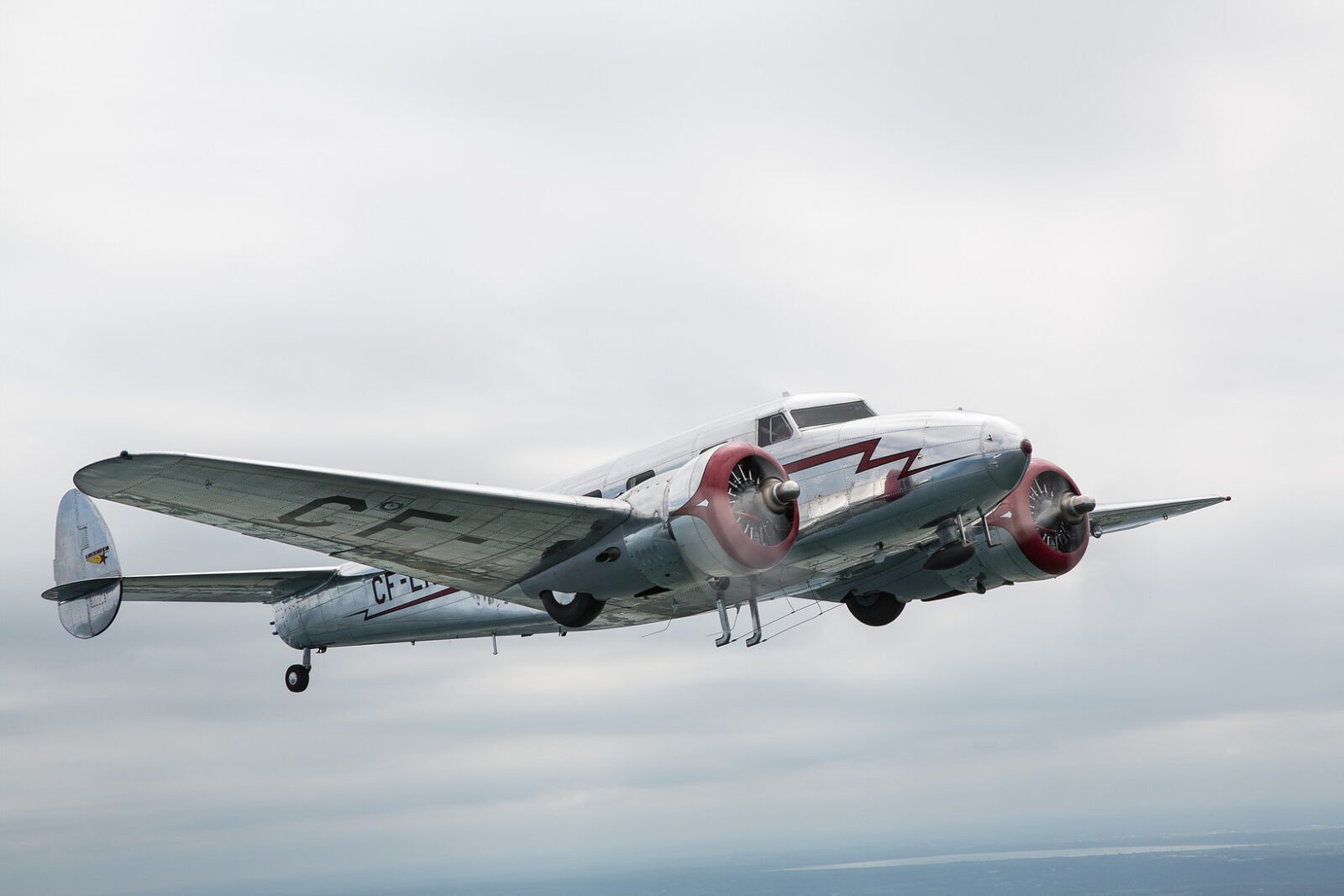 The Lockheed 12 is probably best known as the beautiful art deco airliner waiting for Ingrid Bergman at the end of the Casablanca, it was also used in the 2009 movie Earhart due to its visual similarity to the Lockheed Electra 10 flown by Amelia Earhart in her ill-fated round-the-world flight attempt.

The Lockheed 12 is fitted with the same engines as the Lockheed 10, but it has a smaller, lighter airframe making it faster and more manoeuvrable.

The Model 12 was developed in part to meet the criteria of a U.S. Bureau of Air Commerce design competition for a small “feeder airliner” that had to be ready to fly by June 30th, 1936.

The only two other entries were the Beechcraft Model 18 and the Barkley-Grow T8P-1, however the Lockheed was the only one ready to fly on the day – and so it won the competition by default. 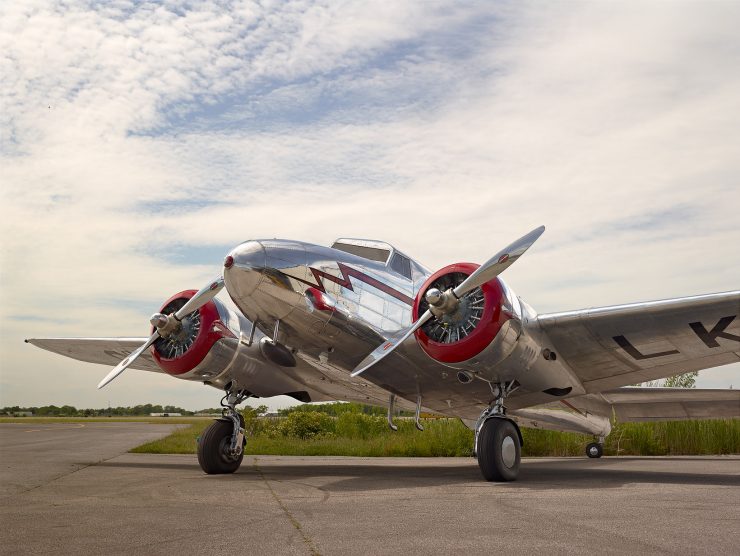 The Model 12 was designed to seat up to six passengers, with two pilots up front for a total capacity of eight people. It has a full metal airframe, a taildragger landing gear configuration, and twin 450 hp Pratt & Whitney R-985 Wasp Junior SB radial engines – the same used on the larger Model 10.

As a proposed feeder airliner the Model 12 was meant to be used by airlines as a way to feed passengers in from smaller towns into bigger cities where the larger airports are typically located. Most airlines found it was more efficient to fly larger aircraft capable of carrying a dozen or more passengers, and so the concept of the feeder airliner was short lived.

Although its original purpose didn’t work out, the Lockheed Model 12 did find favour with corporations who needed a way to ferry executives around the country – particularly oil companies. Many Model 12s were bought and given more luxurious passenger cabins, their low stall speed of 65 mph and their ability to land on rough dirt runways made them ideal for visiting oil fields and remote areas.

Interestingly, the Model 12 found a variety of other uses, including use as a spy plane in the lead up to WW2, Australian inventor Sidney Cotton equipped a 12A with photography gear and the plane flew as a civilian transport aircraft. Countless images of German airfields and military installations were captured, helping the intelligence folks in no small way. 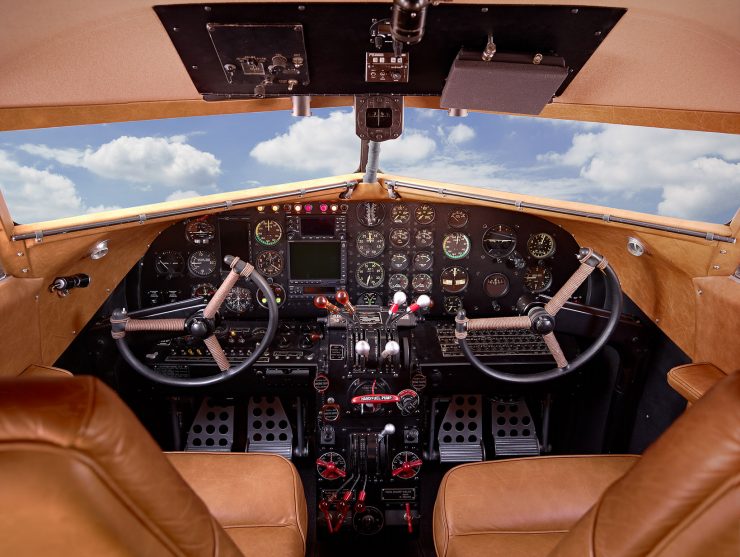 By the end of production just 130 or so examples of the 12 had been built, almost all of which were the Model 12A. It’s thought that 10 are still flying today, many of them have been comprehensively restored with 20,000 hours being a standard timeframe required to return an L-12 to as-new condition.

The beautifully restored 1937 Lockheed 12A you see here has been through a comprehensive restoration, now showing just 167 airframe hours since it was completed in 2012. As you would expect it’s fitted with two Pratt & Whitney R-985 Wasp Junior SB radials with engine #1 showing 167 hours and engine #2 showing 774 hours since their last major overhauls.

This aircraft won the Oshkosh Grand Champion award in the antique class at the 2012 event, and is presented today with a beautiful polished fuselage featuring burgundy stripes and detailing. If you’d like to read more about it or buy it, you can click here to visit the listing. 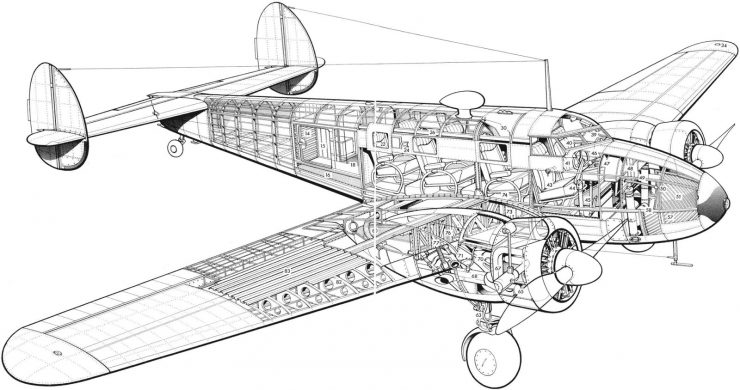 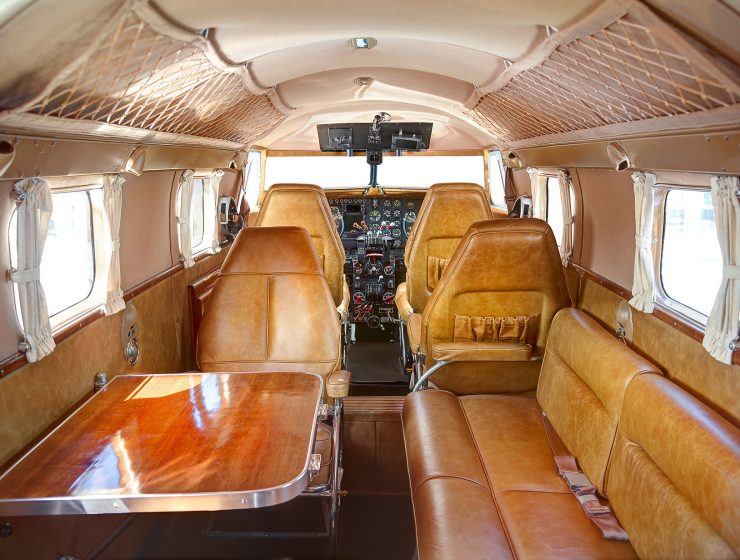 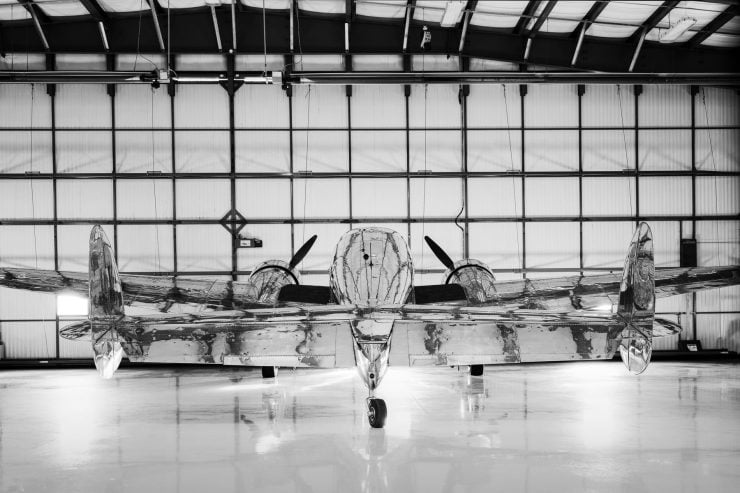 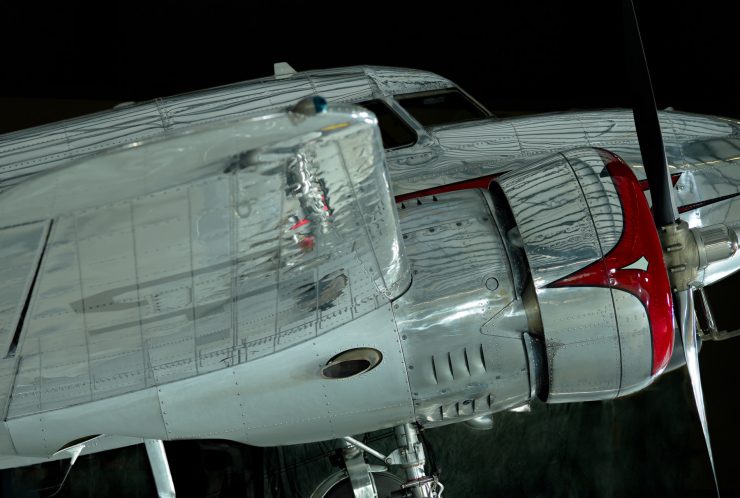 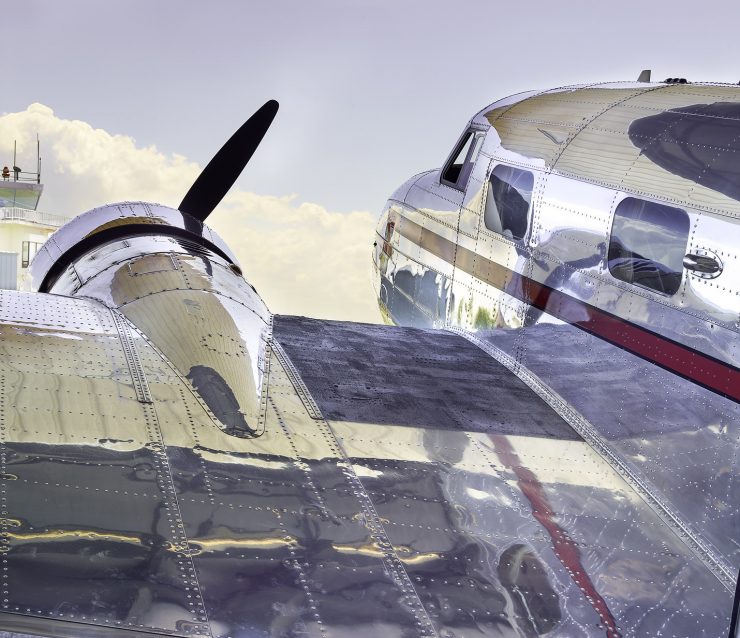 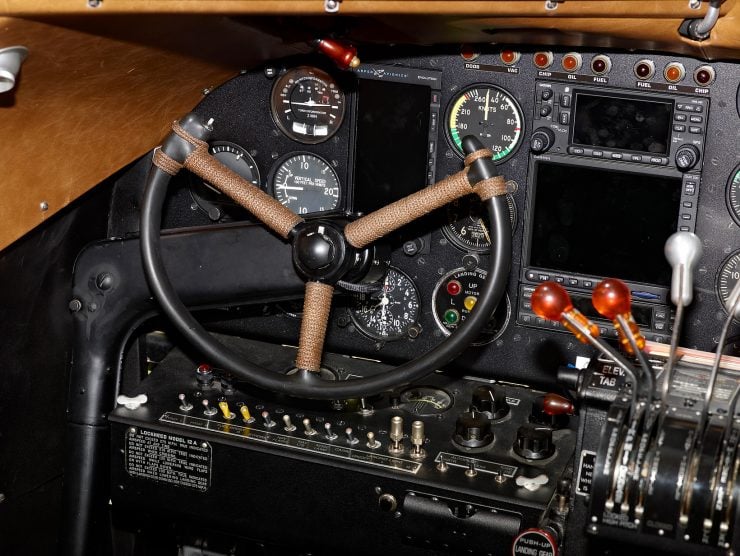 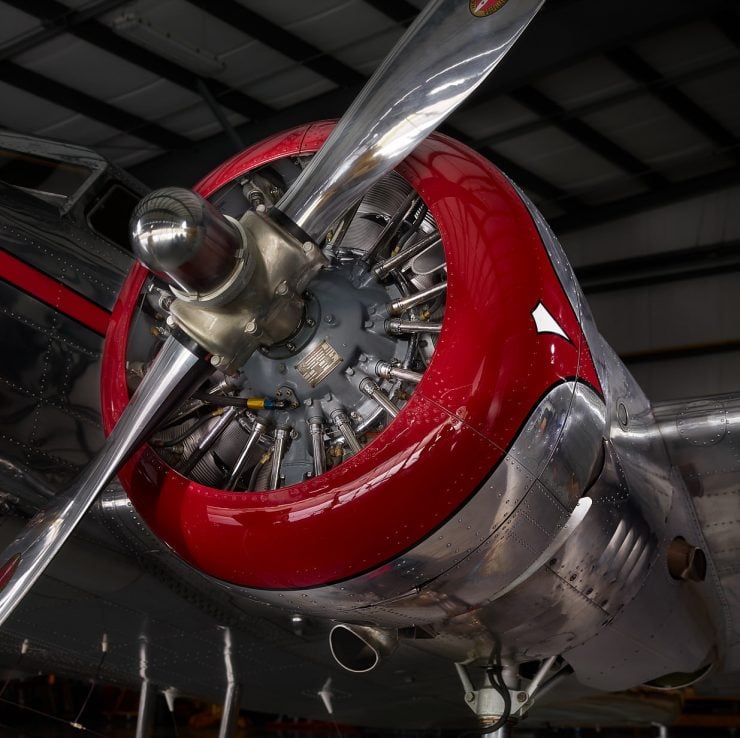 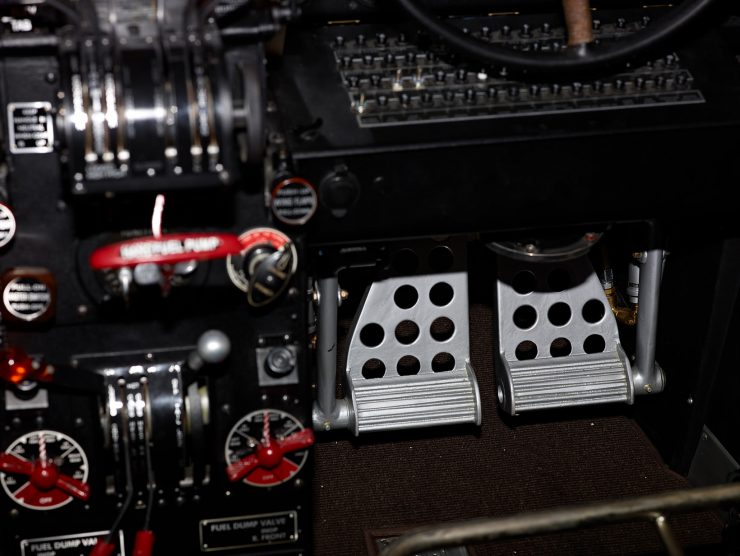 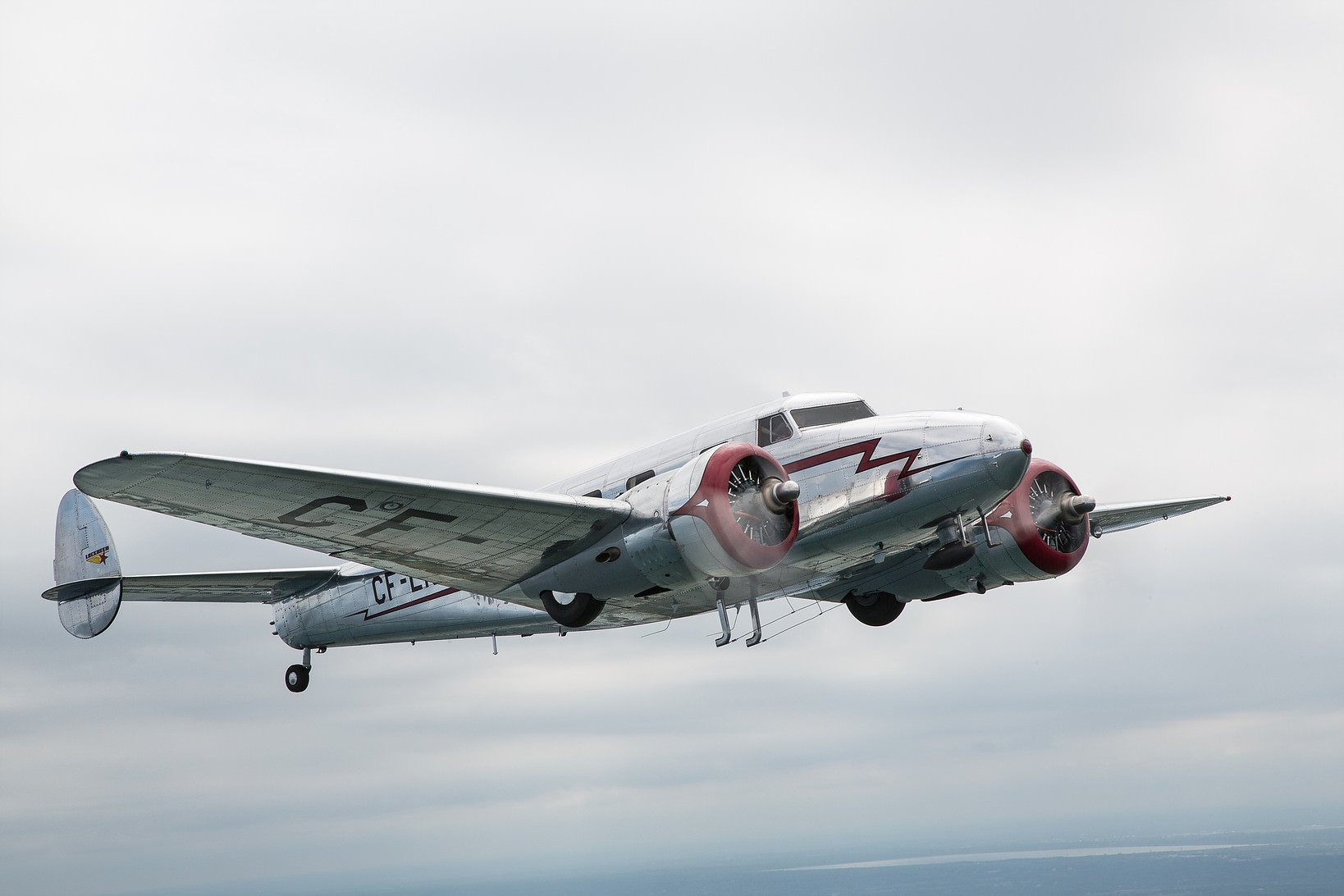 Facebook Twitter WhatsApp Email This is a fully functional Bristol Siddeley Viper turbojet engine, it’s the only known example in working condition with an afterburner…

Facebook Twitter WhatsApp Email This 30 minute documentary tells the story of the development, design, and construction of the Canadair Argus, considered by many…

Facebook Twitter WhatsApp Email When I think of electric bikes I’m always curious what the brand’s intentions are for building them. No emissions, low…