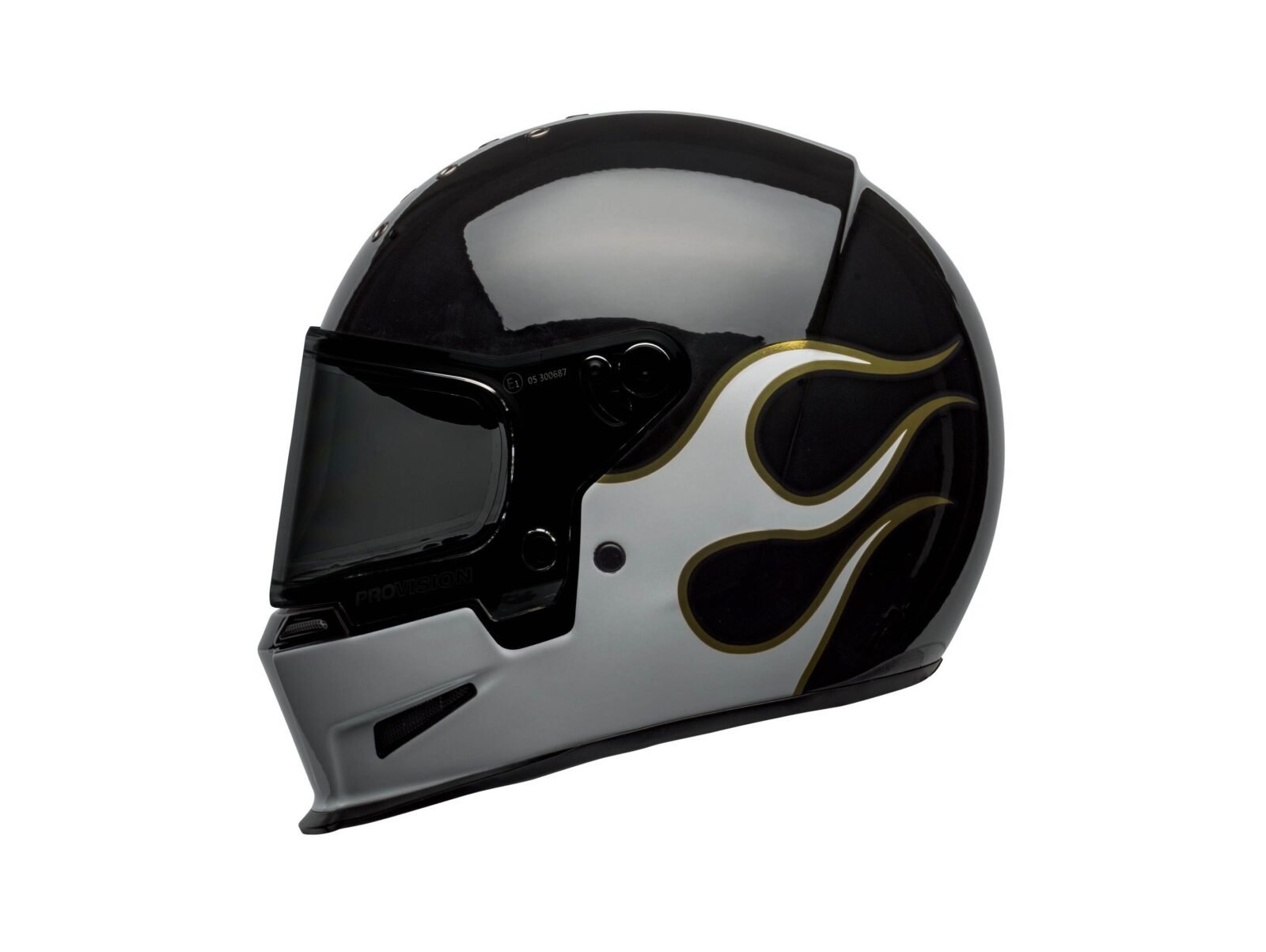 This is the new Bell Eliminator Stockwell Helmet, it’s a limited edition design by Charlie Stockwell, a name you may already be familiar with due to his extensive work in the custom motorcycle world.

Charlie has been the resident custom bike builder at Warr’s Harley-Davidson in London for years. He’s been a critically important figure in the custom motorcycle world for what feels like an eon, and his work has been published in every magazine and on every website dedicated to the subtle art form of modifying motorcycles.

Although we typically associate Stockwell’s work with Harley-Davidson he’s also been working for years with Bell Helmets, and the new Eliminator design you see here is his first official helmet collaboration with the company.

The Bell Eliminator was originally released in 2019 as the third addition to the retro modern line of helmets being offered by Bell, alongside the Bell Bullitt and the Bell Moto-3. These helmets are all built using modern materials and methods, and they pass modern safety certification – all while looking like a helmet you might have seen on the starting grid of a flat track race in 1976.

The helmet uses an industry standard fiberglass composite shell in three sizes – XS-MD/LG-XL/XXL-XXXL. It has an impact absorbing EPS liner (expanded polystyrene) in 5 sizes, and it has an anti-bacterial liner with contoured cheek pads.

Face protection is provided by a removable ProVision dual pane, anti-fog face shield with Class 1 optics, and there’s an optional peak visor which is sold separately.

Charlie Stockwell has added his signature white flame livery to the helmet with gold leading edges, it’s one of the more subtle liveries on offer in the Eliminator line, and it’s only being offered in limited numbers for a limited time.

The helmet is being offered in sizes from S to 2XL and the MSRP is $429.95 USD. Revzilla offers free shipping and returns in the USA, and competitive shipping rates to most other countries. 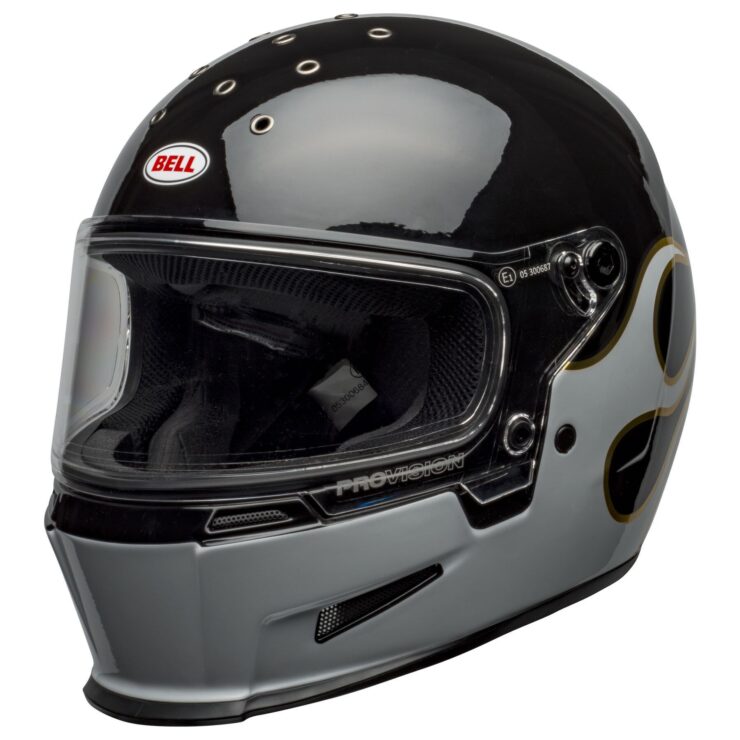 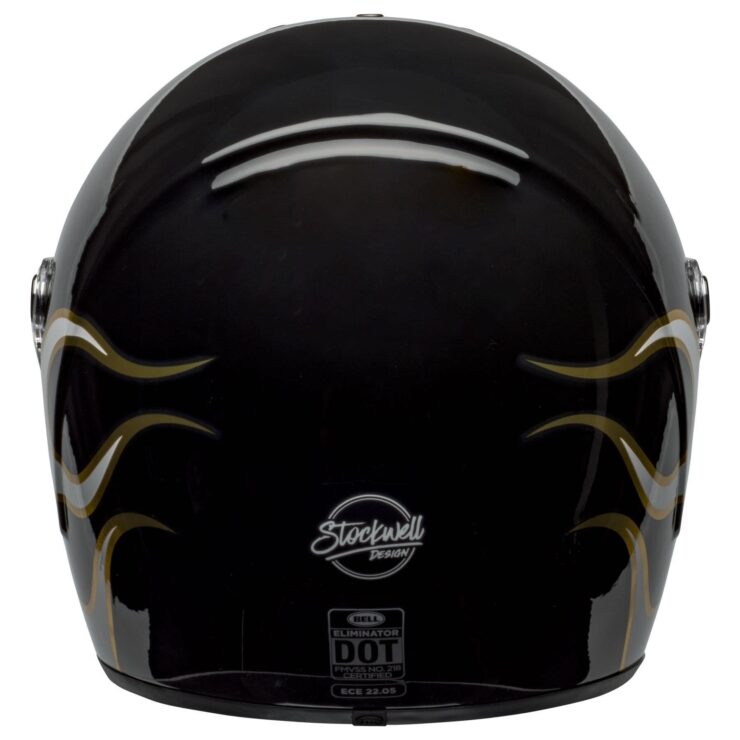