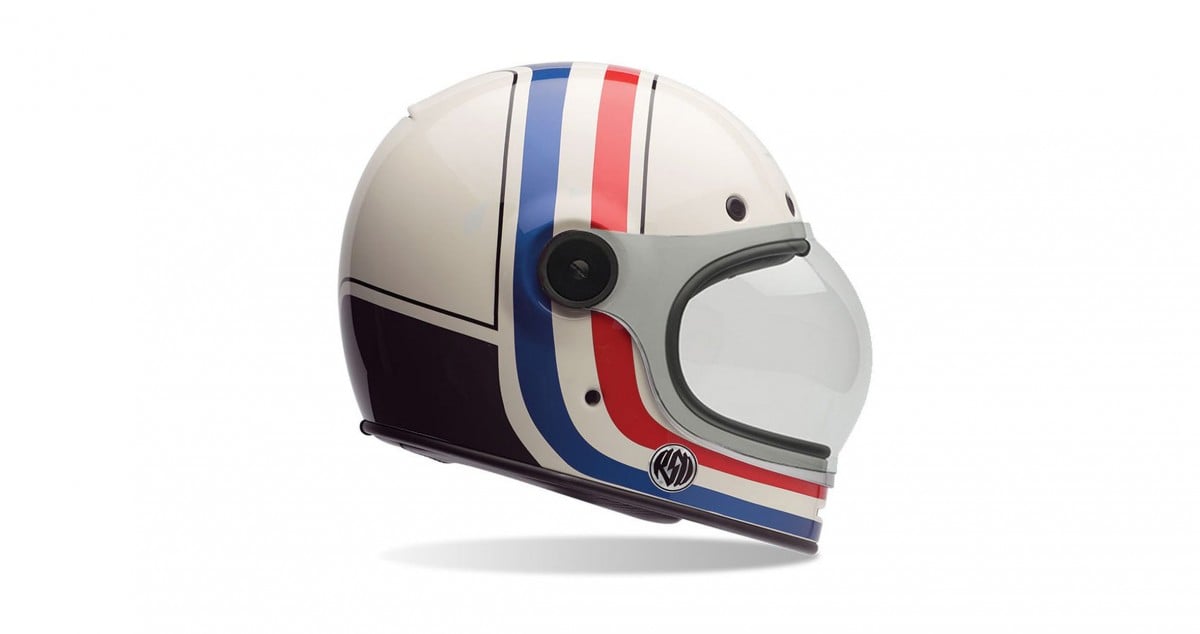 The new Bell Bullitt RSD Viva Helmet is a limited edition version of Bell’s new retro full face lid with custom graphics by the team at Roland Sands Design. We’ve covered the Bell Bullitt helmet before on Silodrome and I have one sitting in the garage next to my tool box, it’s quickly becoming the defacto helmet for saftey conscious riders who prefer simpler, cleaner and more minimalist design.

The RSD Viva version of the Bullitt ships with two interchangeable visors, the clear bubblevisor you see above and the flat tinted visor pictured below – there are other visors available from Bell for the helmet but the two included here cover all your bases unless you’re one of those people who likes yellow tinted optics.

As with all the helmets in the Bell Bullitt range, the RSD variant has lightweight composite shell with a 3 layer EPS foam interior including a multi-density, machine-washable liner. Despite the apparent lack of ventilation the helmet actually has very good airflow thanks to the 4 ports across the top and mouth port under the visor, the visor can also be popped open and about half an inch to boost airflow when sitting in traffic.

Unlike almost all of the other helmets in the retro full face category, the Bullitt is compliant with the American DOT certification, the Australian SAI standard and the European ECE 22-05 standard – meaning it’ll actually save your nut if you ever happen to have a bad day in the saddle. 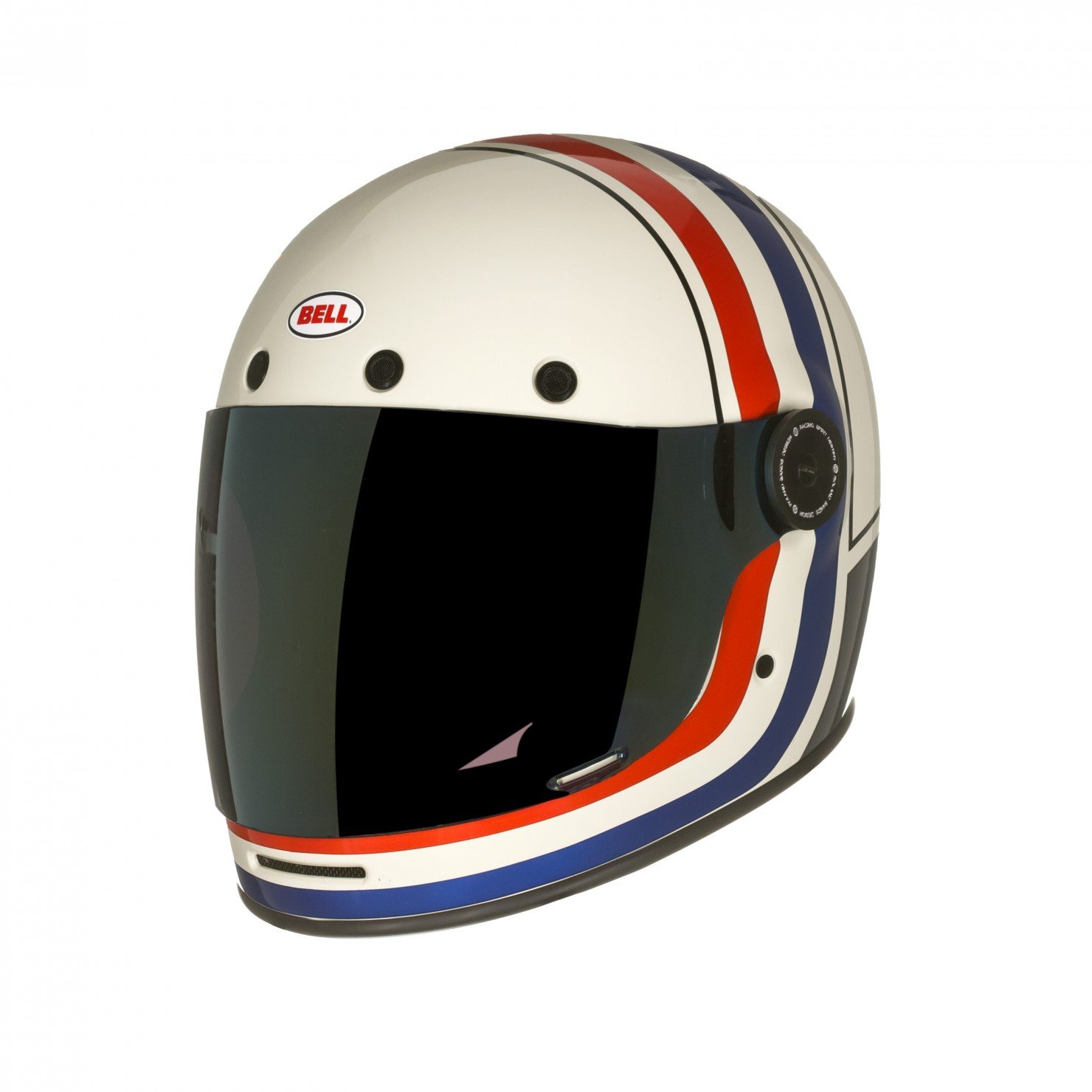