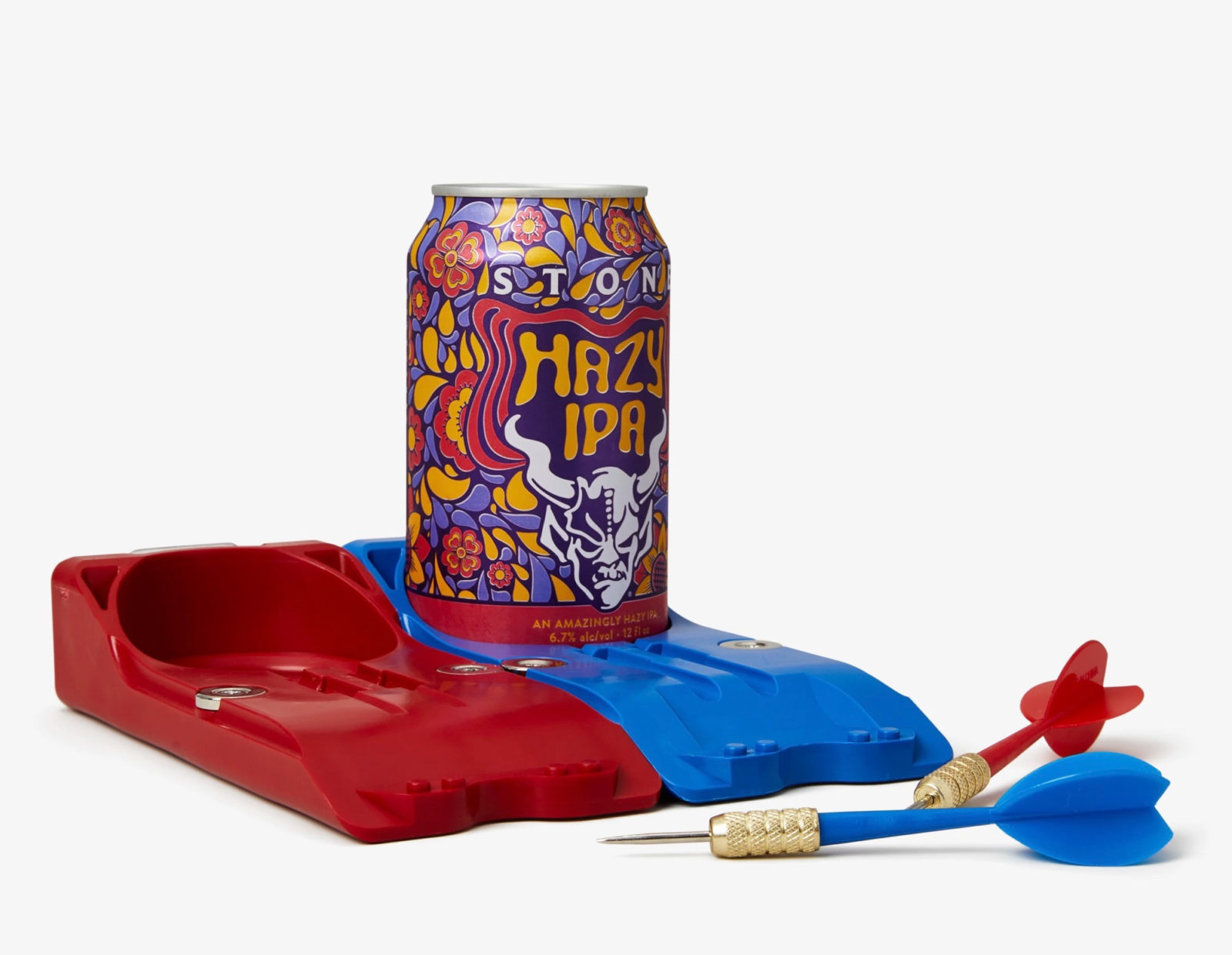 Beer Darts is a relatively new game developed by a pair of Colorado skiers when off piste. A Beer Darts Set consists of two bases with one color-coded dart each, each base holds a full can of beer and the two players take turns attempting to puncture their rival’s can from a fixed distance.

When a dart does puncture a can the player has to drink the level of beer down to below the hole to stop it leaking. The game then resumes.

The goal is to puncture the can as low as possible so that your opponent drinks more and then becomes less adept at throwing darts accurately. 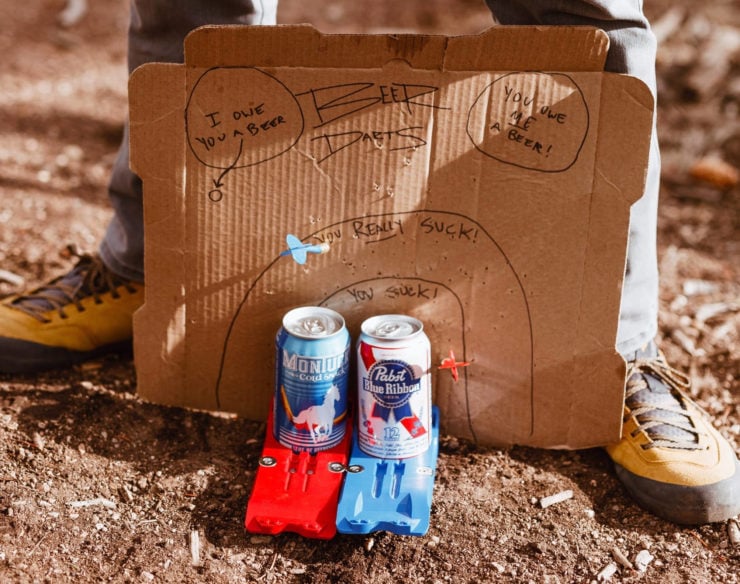 Some Beer Darts players fashion themselves cardboard backing plates to make the darts easier to recover. Understandably this becomes increasingly important as more beers are consumed.

Beer Darts can of course be played with any drink in a can, not just beer, though it would likely be multiple orders of magnitude less fun if played with Mountain Dew.

The traditional game of darts with its distinctive circular board was invented in 1896 by an Englishman named Brian Gamlin.

The concept of the game pre-dated this by quite some time, it originally started out as a military game played with full-sized crossbow bolts using a section of a tree trunk as the target. The circular target/scoring rings were originally the tree rings in the trunk. 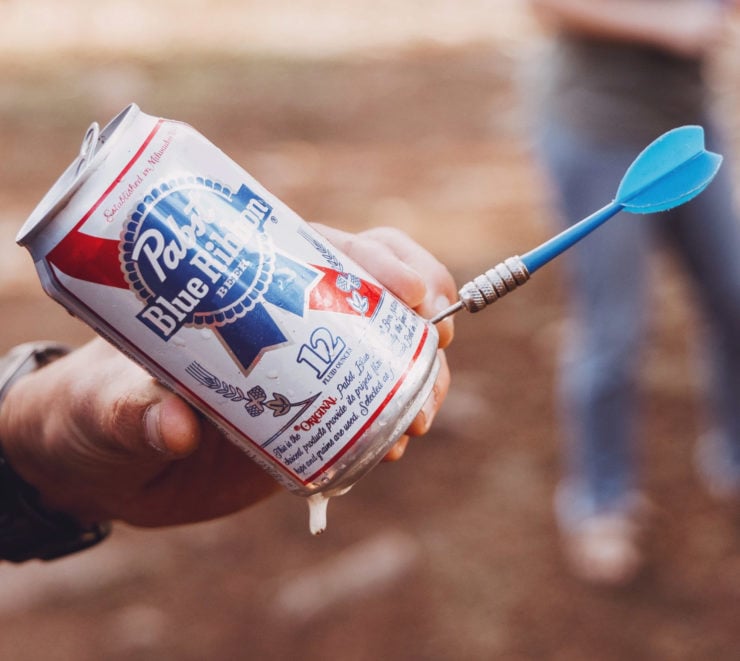 The key to winning is to hit your opponent’s can as low as possible, as they need to drink the beer level down to below the hole to stop it leaking.

The idea of sitting around in a pub, drinking beer, and throwing small spears across the room would probably be outlawed on obvious safety grounds if someone had just invented it last Friday night.

Fortunately the game is old enough to somehow bypass health and safety guidelines so we can carry on enjoying it, even though that triple twenty remains frustratingly elusive. 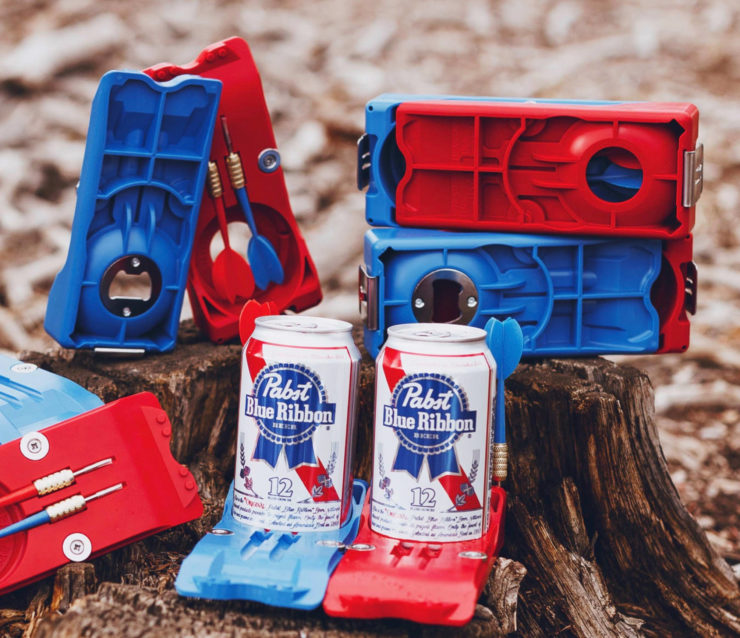 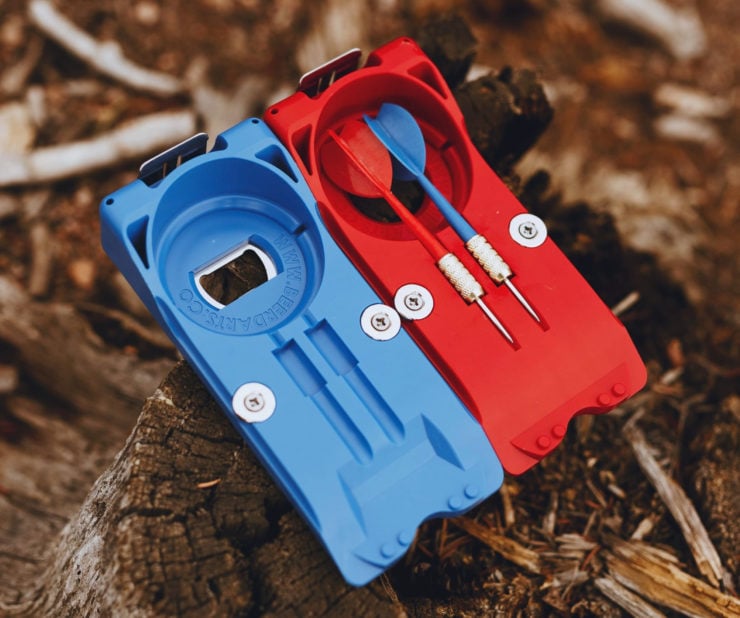 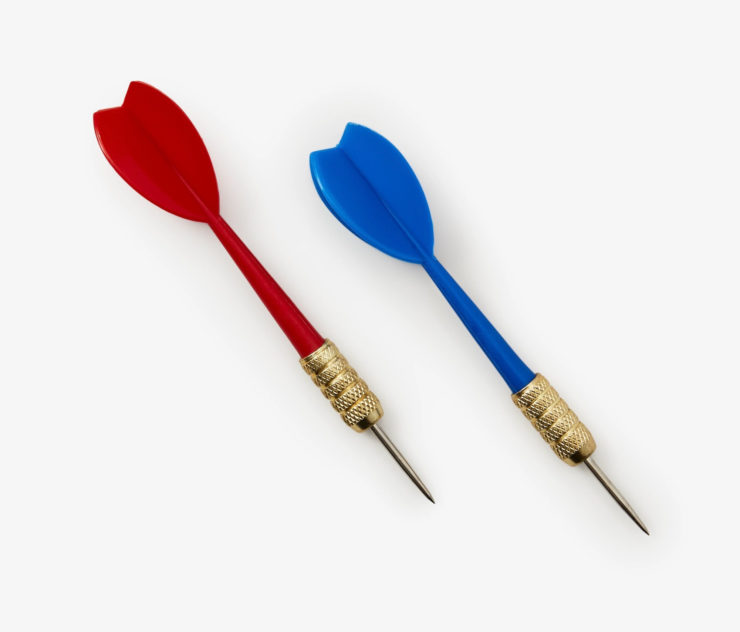 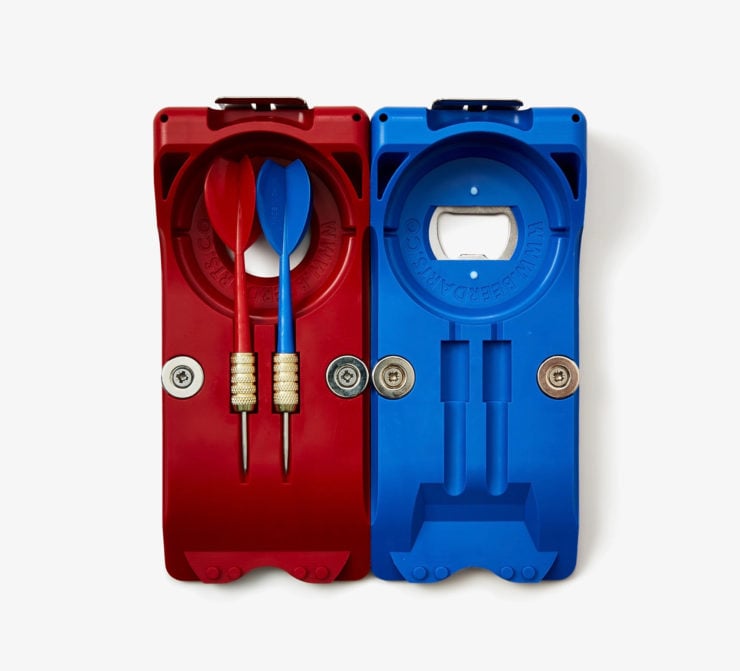