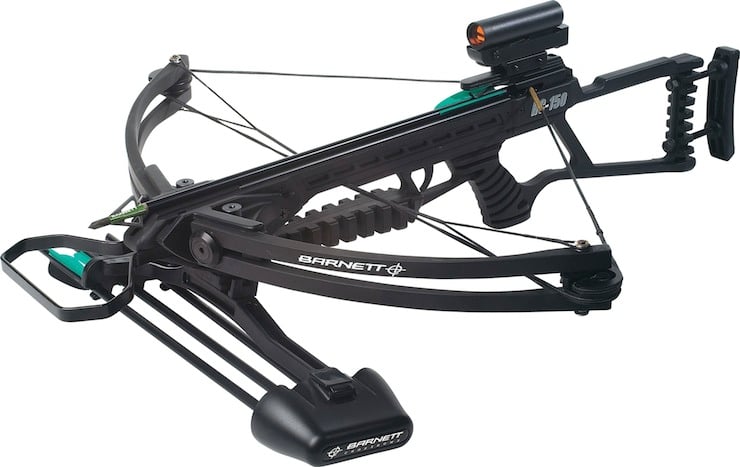 This is the Barnett RC150 Crossbow – it reminds me of the crossbow used by Norman Reedus in The Walking Dead and because of this, I want one badly. It has a 150lb draw weight and uses a parallel-limb compound design to sling bolts at speeds in excess of 260 feet per second, it’s fitted with a front-mounted quiver for your spare bolts and has an adjustable red dot scope.

Apparently it can shoot bolts directly through a sheet of inch thick plywood, which is no mean feat and possibly makes it the perfect weapon for the impending zombie apocalypse hellscape. Or Detroit.