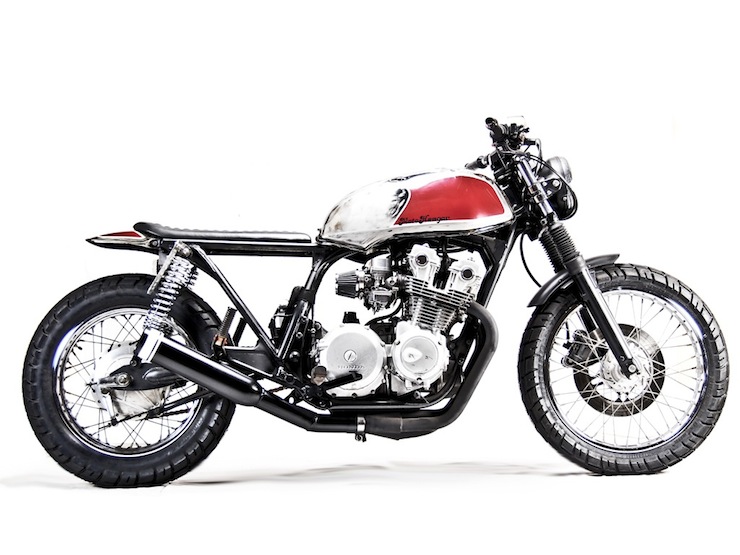 The Honda CB750 is a motorcycle that’s been tweaked, customised and rebuilt in more ways than will ever be documented. The venerable Honda model was built between 1969 and 2007 in a wide variety of configurations, when it was first released into the US market in ’69 it became known as the “first superbike” and went on to influence modern high-performance motorcycles perhaps more than any other single bike.

This custom CB750 is a 1980 model built by MotoHangar out of Vienna, Virginia – it’s been built in the Japanese “Brat-style” with a low profile seat and exceedingly minimalist mechanical layout. The front suspension has been lowered, the fenders cropped or dropped and the aftermarket exhaust has been painted black to keep the attention on the metal work higher up.

The bare metal finished on the fuel tank is a nice touch, the deep cherry metallic red sets off the look perfectly and the chunky dual-sport tires give the bike a slightly menacing look. If you’d like to read more, visit MotoHangar here. 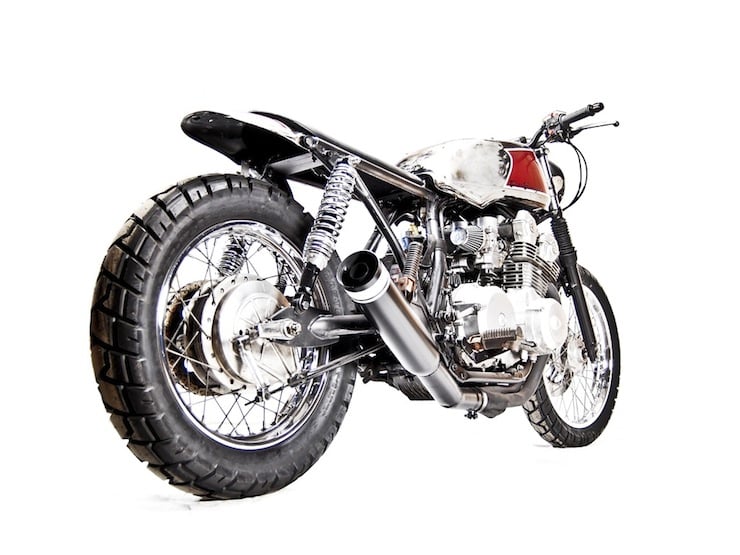 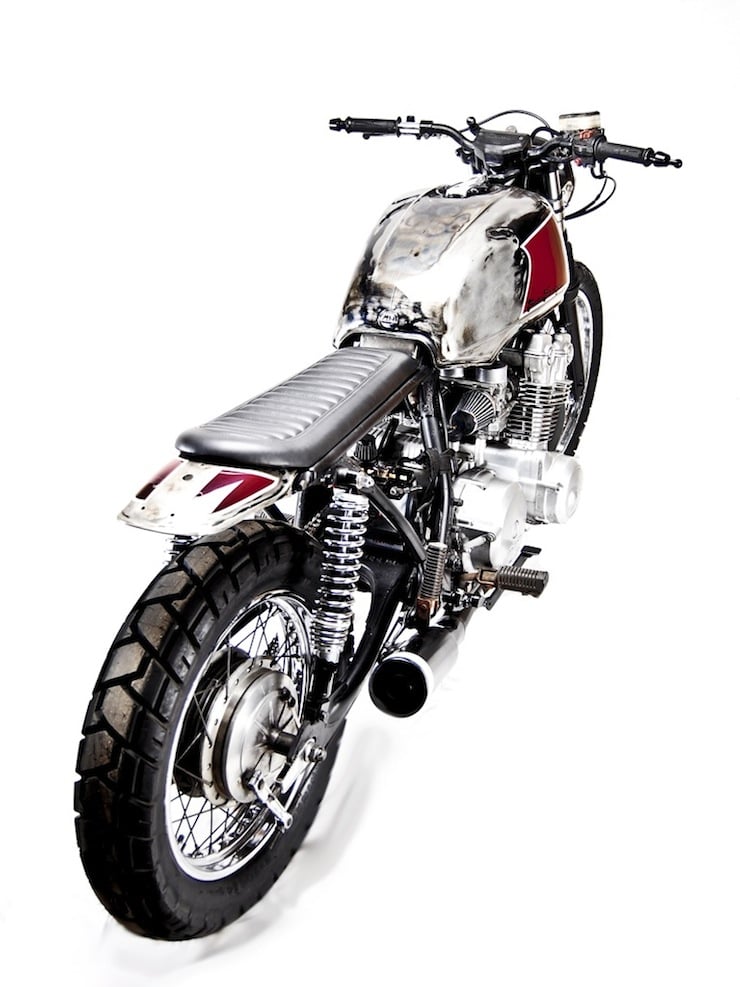 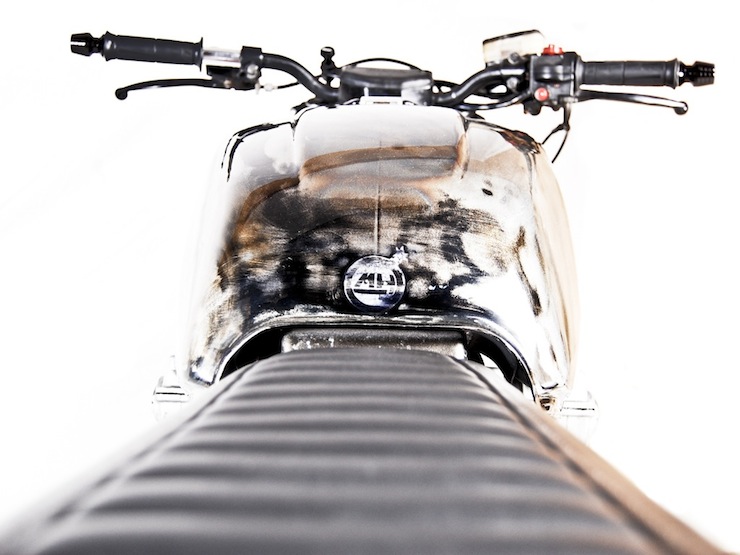