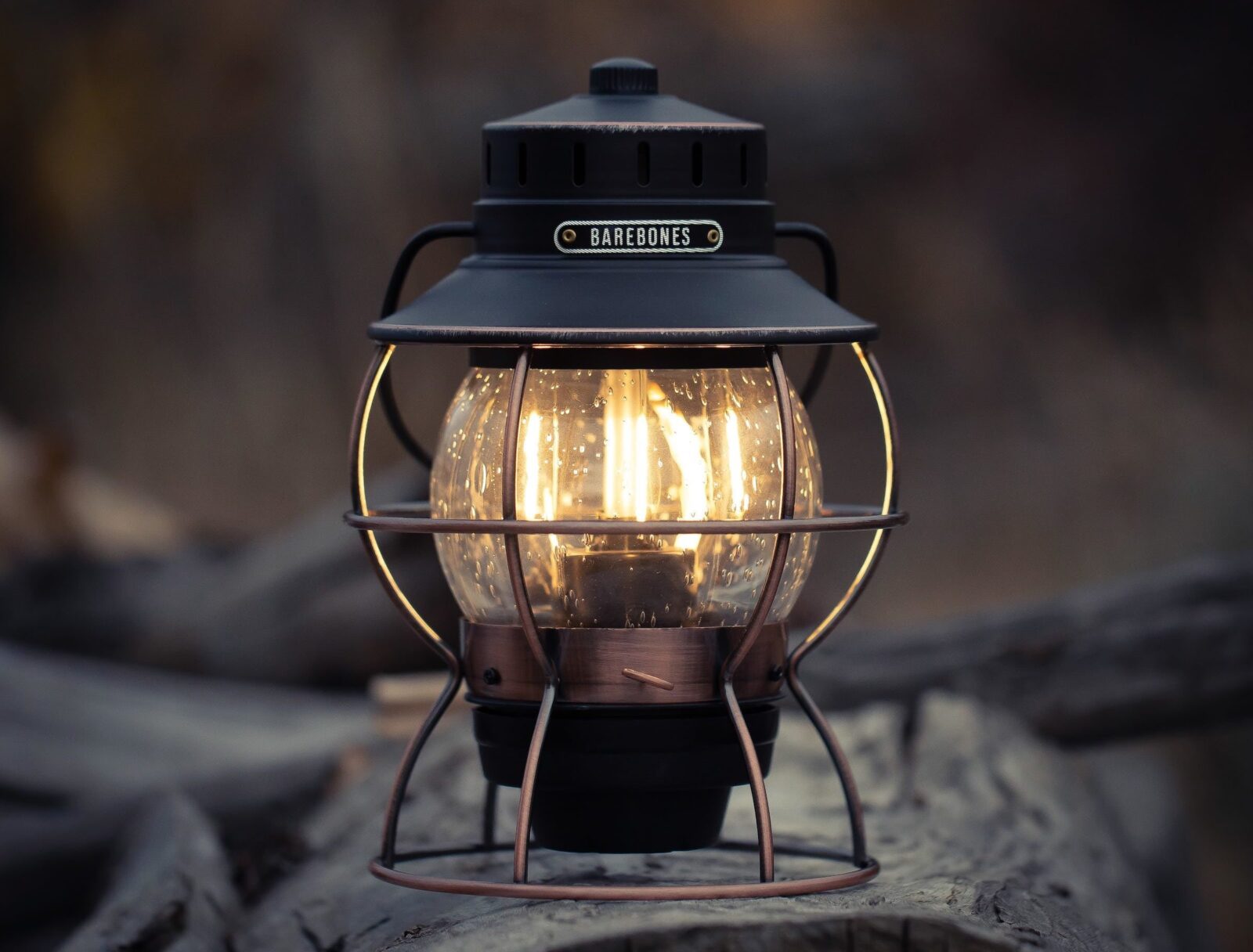 This is the Barebones Railroad Lantern, it’s a durable metal lantern with a traditional seeded glass globe and a warm amber light output that can be turned up or down to provide as much or as little light as you need.

The design of the Railroad Lantern is based closely on traditional kerosene lanterns that have been a mainstay of campers, adventurers, and sailors for generations. Unlike the kerosene lantern this one has an internal 4400 mAh lithium-ion battery and 3.2 Watt warm Edison-style LED bulbs. 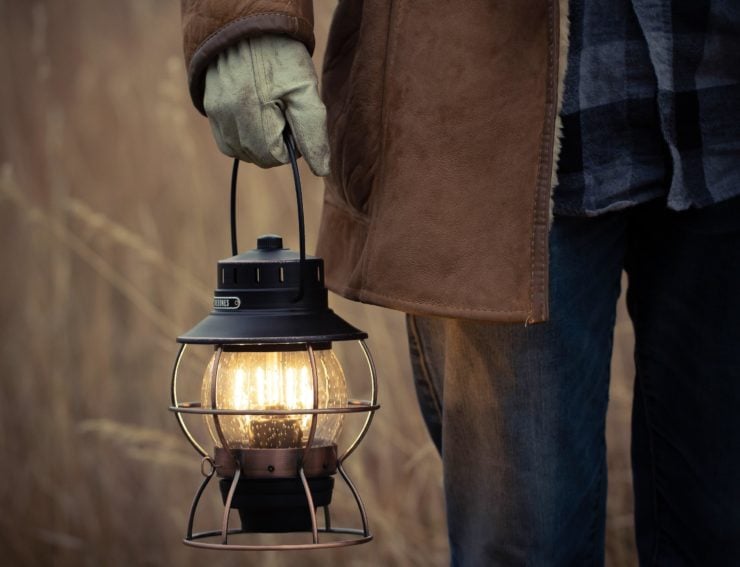 On the low power setting the Barebones Railroad Lantern can provide 35 Lumens of light for over 100 hours, and on the highest power setting it produces 200 Lumens for 3.5 hours. A USB cable is included for easy recharging, and it measures in at 5.85” wide by 12.81” tall with the handle up.

The soft amber light from the lantern is far preferable than the blinding white light we typically associate with LEDs, and the softer light is much better suited for use on camping trips, fishing expeditions, and other outdoor pursuits.

The team at Barebones designed the Railroad Lantern with a high handle to allow it to be easily hung from tree branches to give an overhead light source, and it has a metal frame that surrounds the glass globe to protect it. 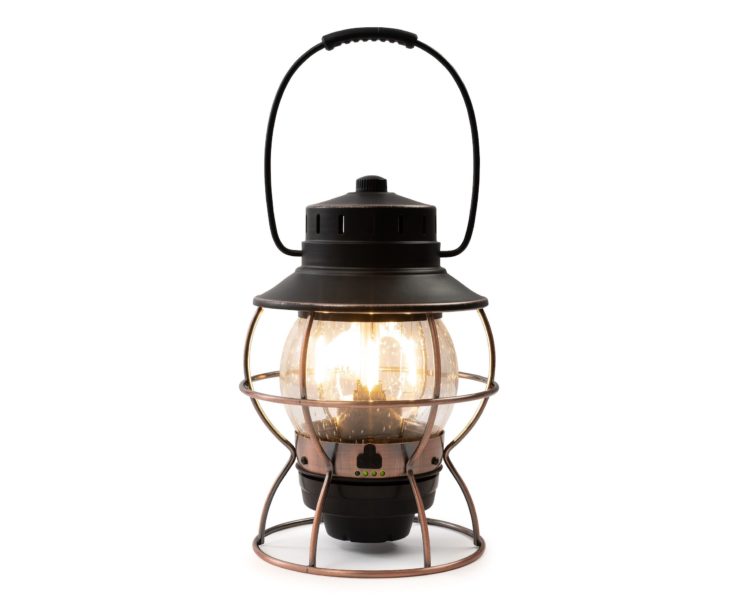 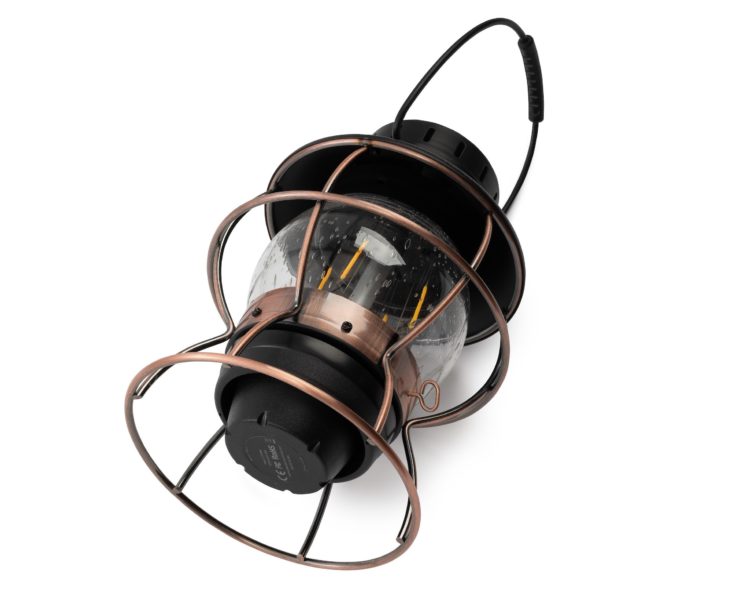 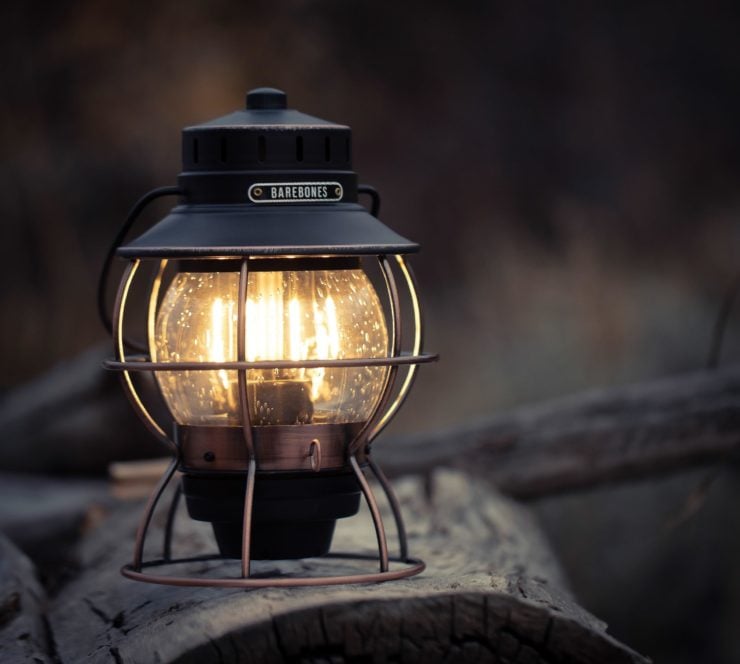 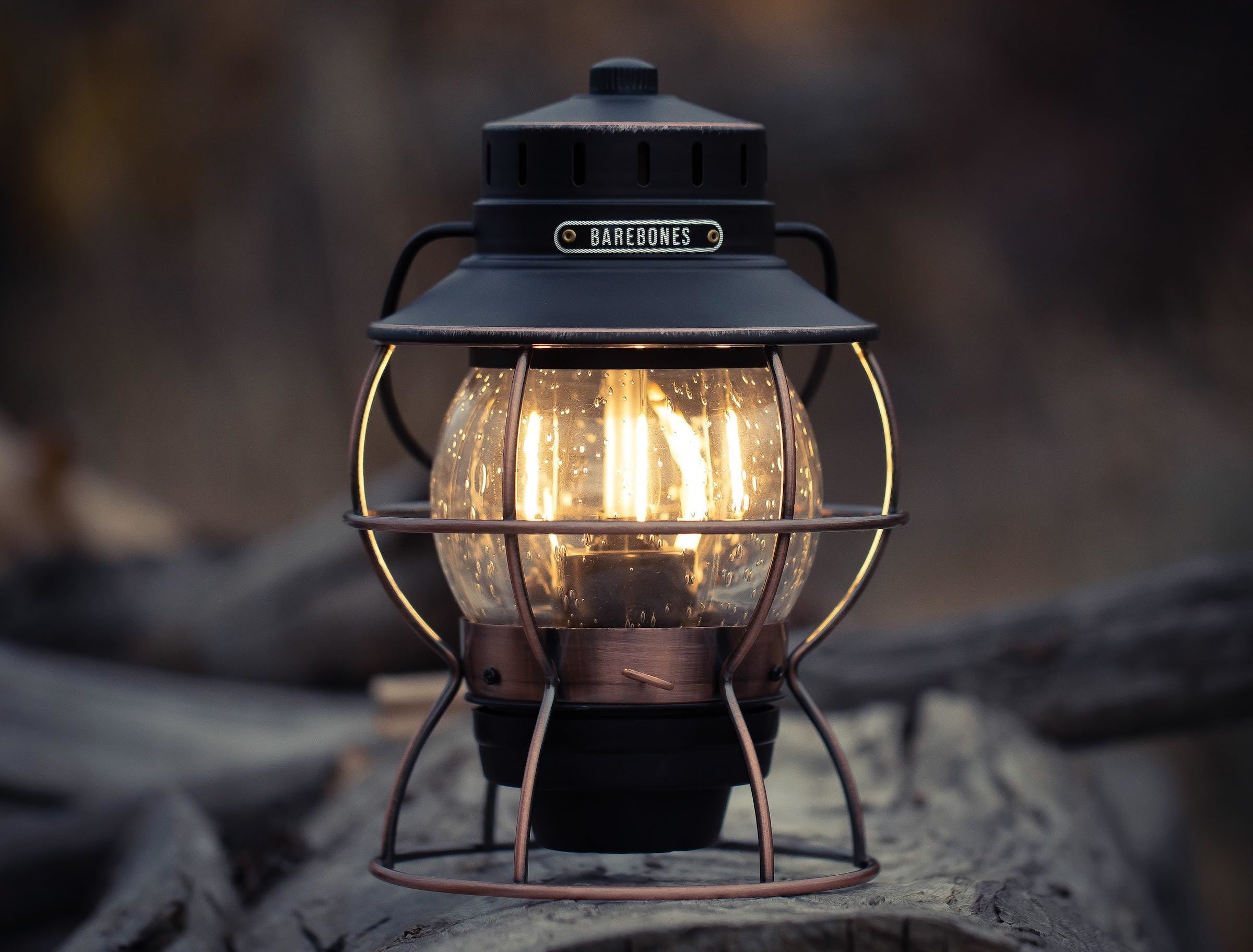