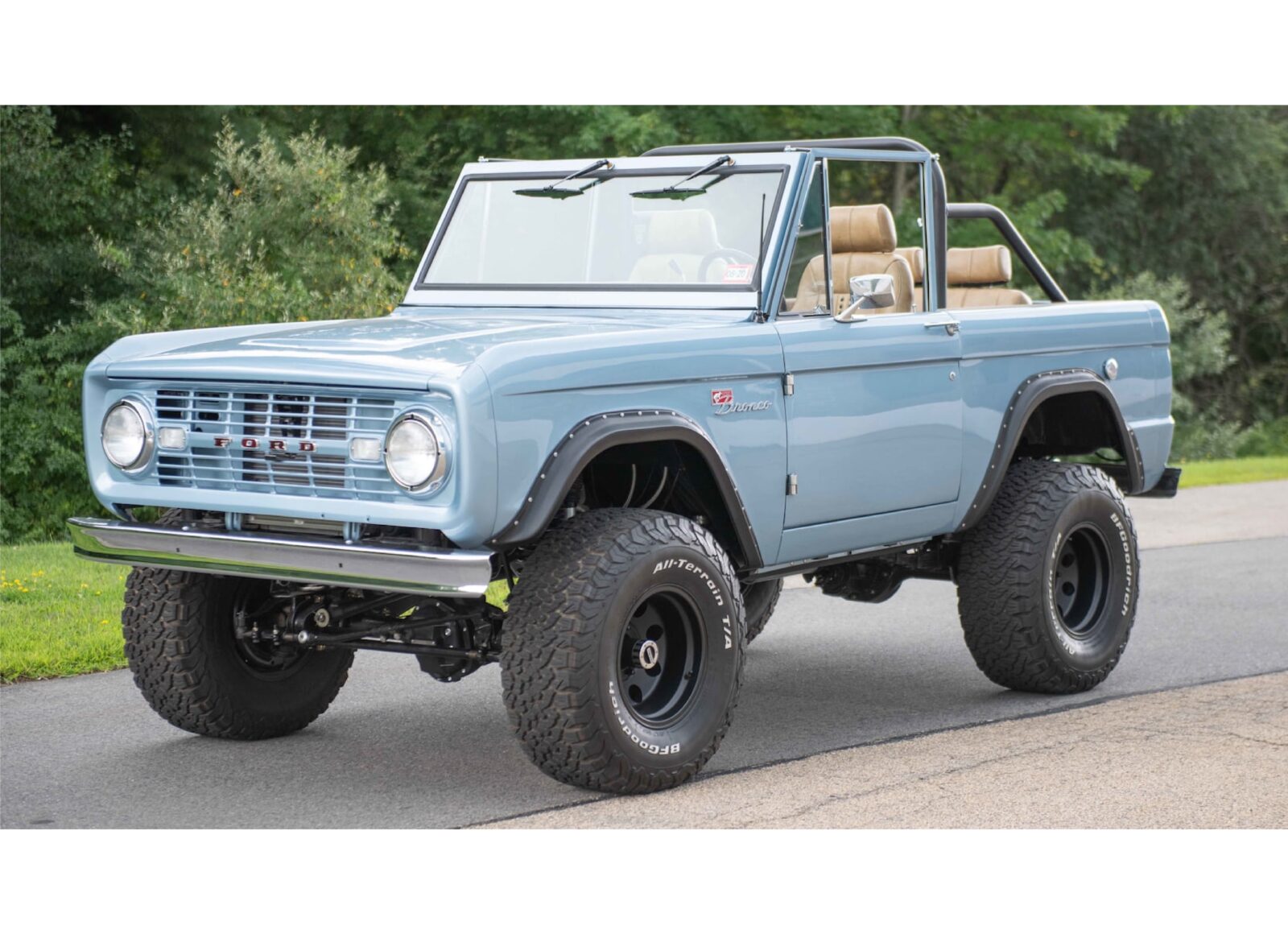 This comprehensively restored first generation Ford Bronco is powered by the exact engine that many think should have been offered at launch with the all-new 2021 Bronco – the 5.0 Litre Ford Coyote V8.

Of course when it was first released the first generation Ford Bronco couldn’t have been fitted with the Coyote V8, as the engine wouldn’t be released until 45 years later in 2010.

Interestingly both the Bronco and the Coyote were developed to compete with an established competitor, for the Bronco it was the International Scout and for the Coyote it was the wildly popular Chevrolet LS-series of V8s.

The world has been experiencing something akin to Bronco mania since the release last week of the new 2021 model. Its combination of retro-styling with modern technology and what looks to be very promising off-road ability hit a sweet spot with people across the United States and around the world, with people in right-hand drive countries appalled that Ford has no public plans to create a version of the vehicle for them. 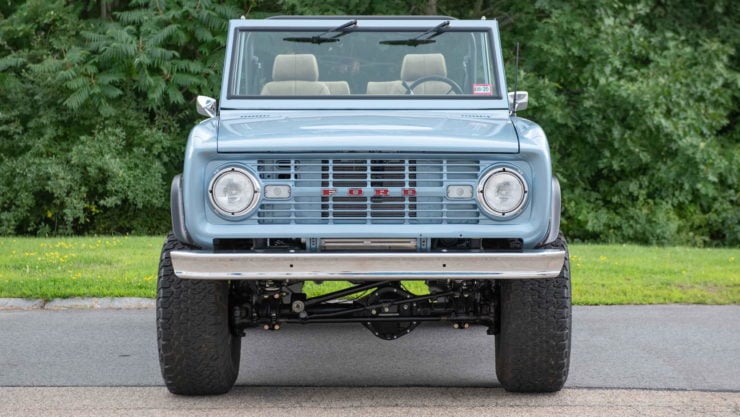 The original Bronco was released in 1965 hot on the heels of the then-new Ford Mustang. The Bronco shared the boxy styling and spartan layout of almost all four-wheel drives on offer at the time, it was a winning recipe for Ford and the Bronco sold well – providing significant completion for the Scout and the Jeep.

Over the course of its production run the Bronco would be sold in five generations running from 1965 till 1996. Although all generations of the Bronco have their fanbases it’s the first generation that has the biggest following and typically enjoys the highest sale prices, particularly restored or restomodded examples like the one you see here.

The Ford Coyote engine is a member of the Ford Modular engine range, a series of OHC V8s that first appeared all the way back in 1990. The Coyote was somewhat based on the outgoing 4.6 litre Modular V8 but it featured a slew of major engineering updates including double overhead cams, four valves per cylinder, and cam-torque actuated (CTA) Twin Independent Variable Cam Timing (Ti-VCT).

This variable cam timing system allows the 5.0 litre Coyote to match or even surpass simpler pushrod two-valve engines like the Chevrolet LS3 despite their larger displacement. 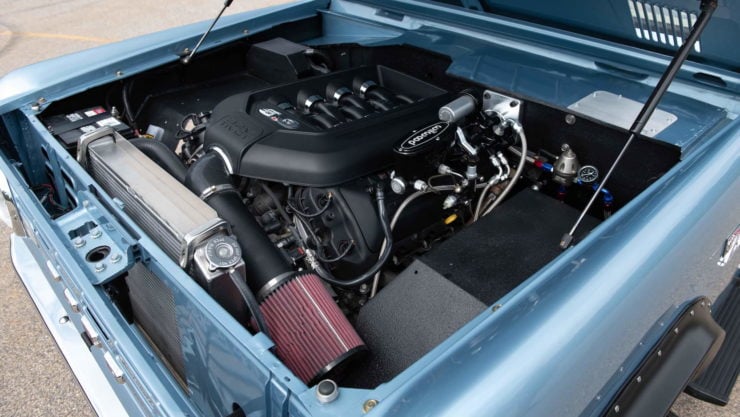 In the engine bay you’ll find that 5.0 litre Ford Coyote engine, it’s producing approximately 412 hp at 7,000 rpm and 390 ft lbs of torque. This engine is mated to a 6R80 six-speed automatic transmission, and the vehicle has been tastefully finished in Brittany Blue paint.

If you’d like to read more about this Bronco or register to bid on it you can click here to visit the listing on Mecum. 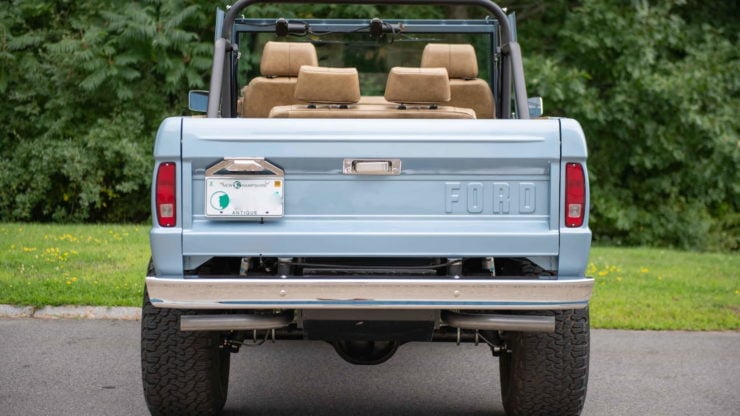 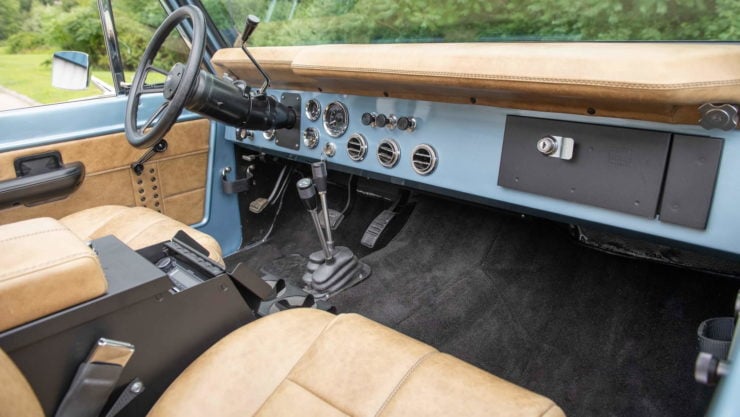 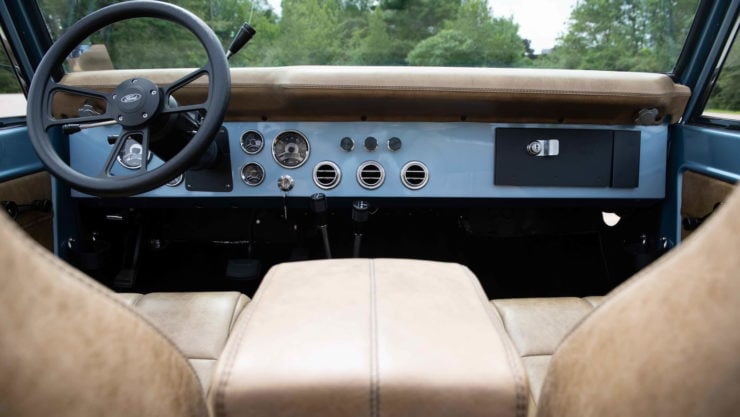 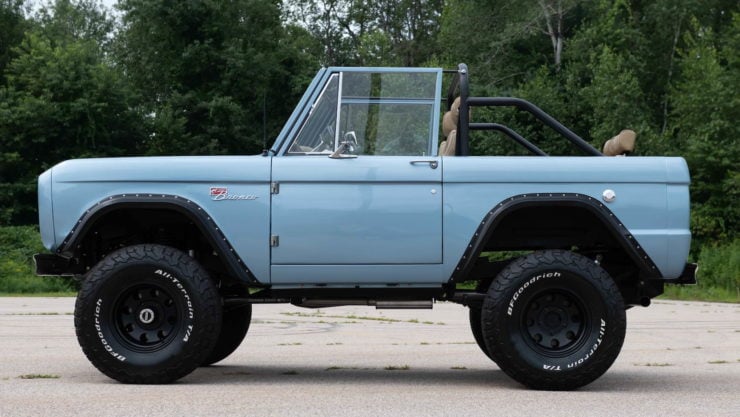 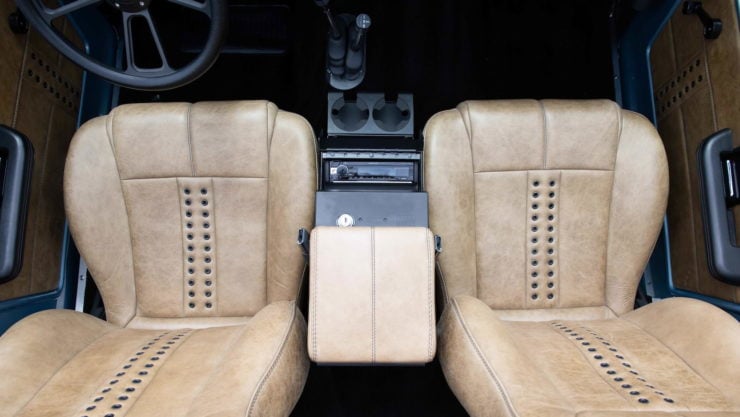 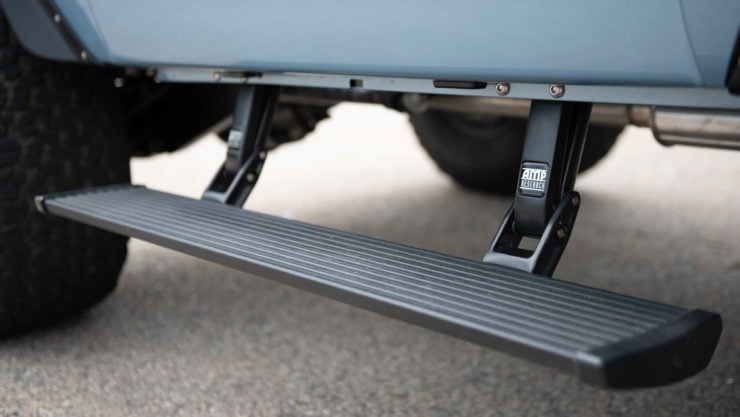 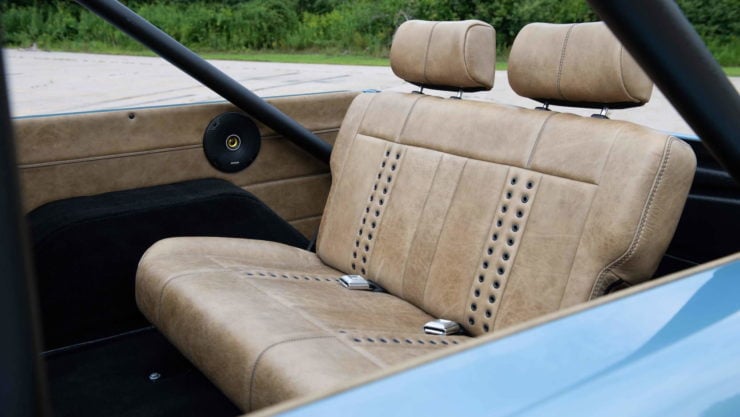 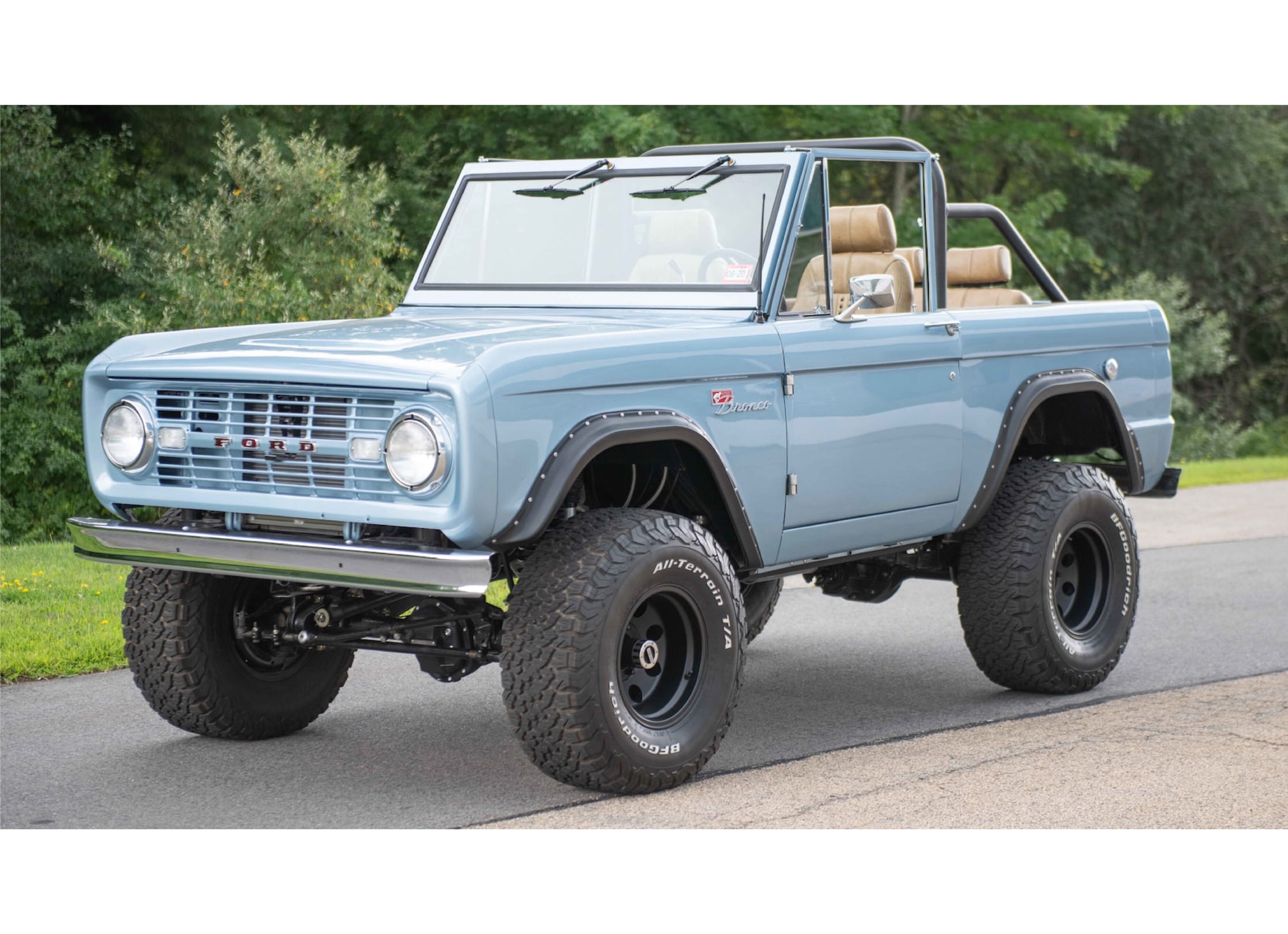 CforCROSSSTITCH is a new project that creates custom cross stitch artworks for petrolheads, you just send…

The Black Ghost: Street Racing Legend is a new documentary from the American Historic Vehicle Association…