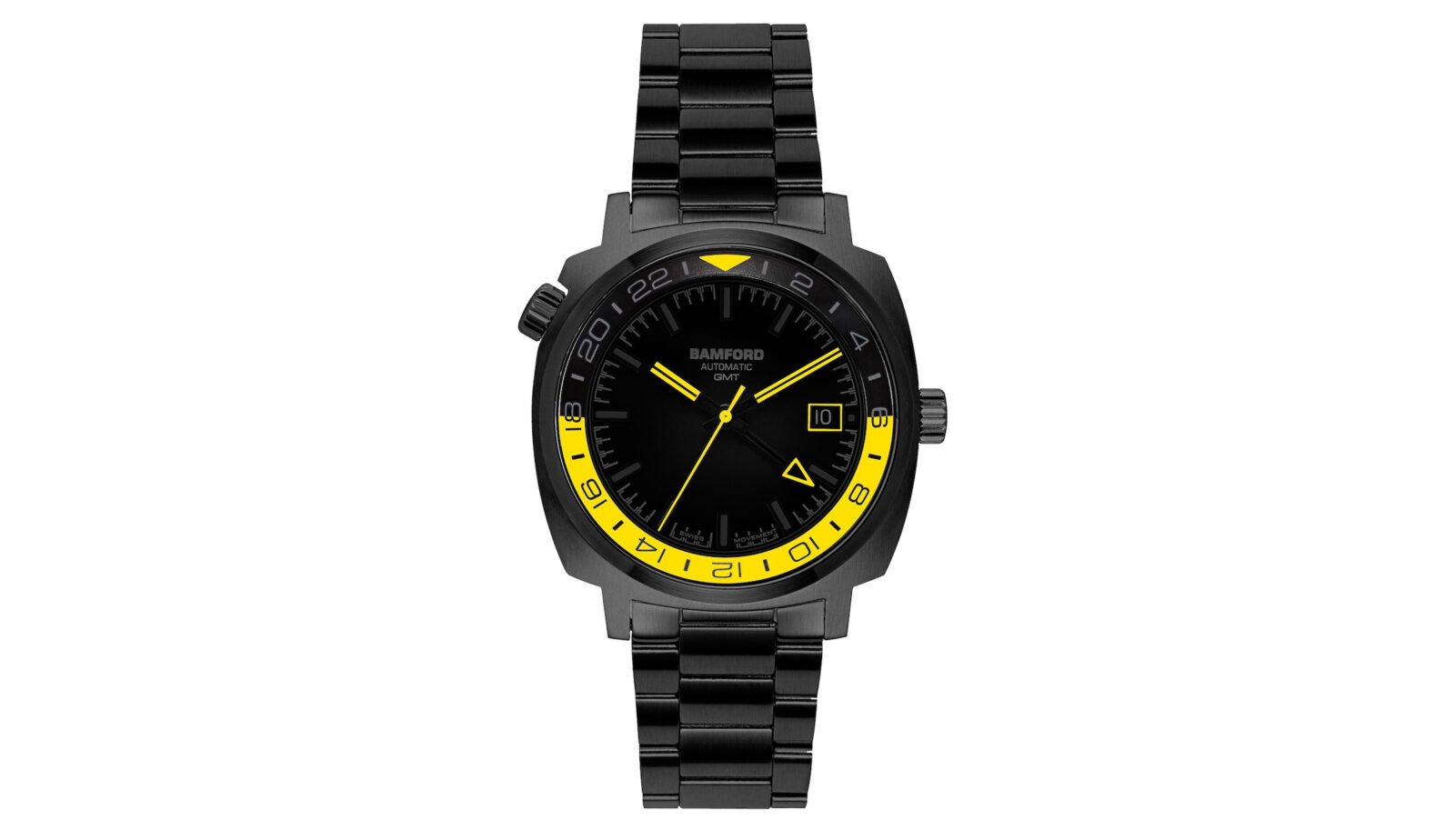 The Bamford GMT is an in-house design from the British company that is probably best described as the AMG of the watch world. Since being founded by George Bamford the company has gone from strength to strength, welcoming clients into their townhouse headquarters called The Hive in the high-end London neighbourhood of Mayfair.

Bamford made a name for themselves by taking iconic watches from the likes of Rolex, Zenith, TAG Heuer, Bvlgari, and customising them into one-off timepieces for their owners. More recently Bamford has released their own line of watches with refreshingly affordable prices, with all the design flair we’ve come to expect from the company.

The Bamford GMT features a sub-£1,000 price tag but doesn’t skimp on the ingredients, with a Swiss-made automatic mechanical Sellita SW330-1 movement with 25 jewels, a 42 hour power reserve, and 28,800 vph.

The GMT has a 316L grade stainless steel case with a sapphire crystal glass with antiglare, an 11.2 mm case thickness, a 40 mm diameter, and a lug width of 20 mm. The watch is water resistant to 100 meters or 10 ATM and it comes in a variety of colorways, including the black/yellow version we’ve shown here.

The design of the Bamford GMT was inspired by modern jet travel, it has an automatic 24-hour GMT hand function as well as an internal rotating bezel that allows the owner to view two separate time zones simultaneously. 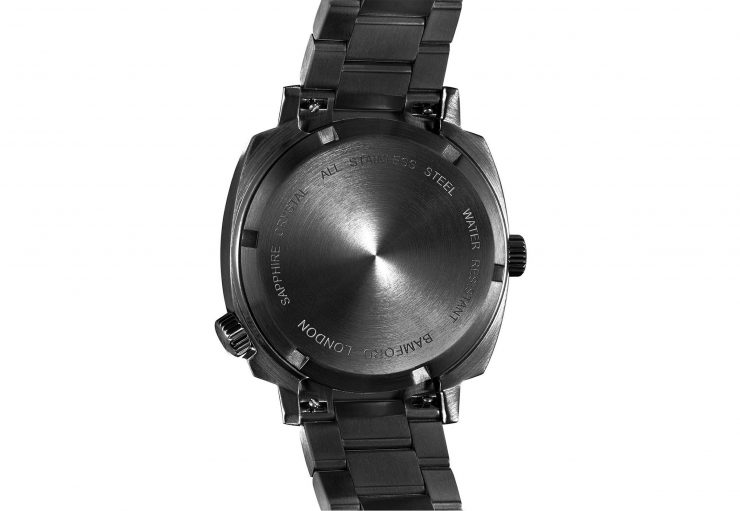 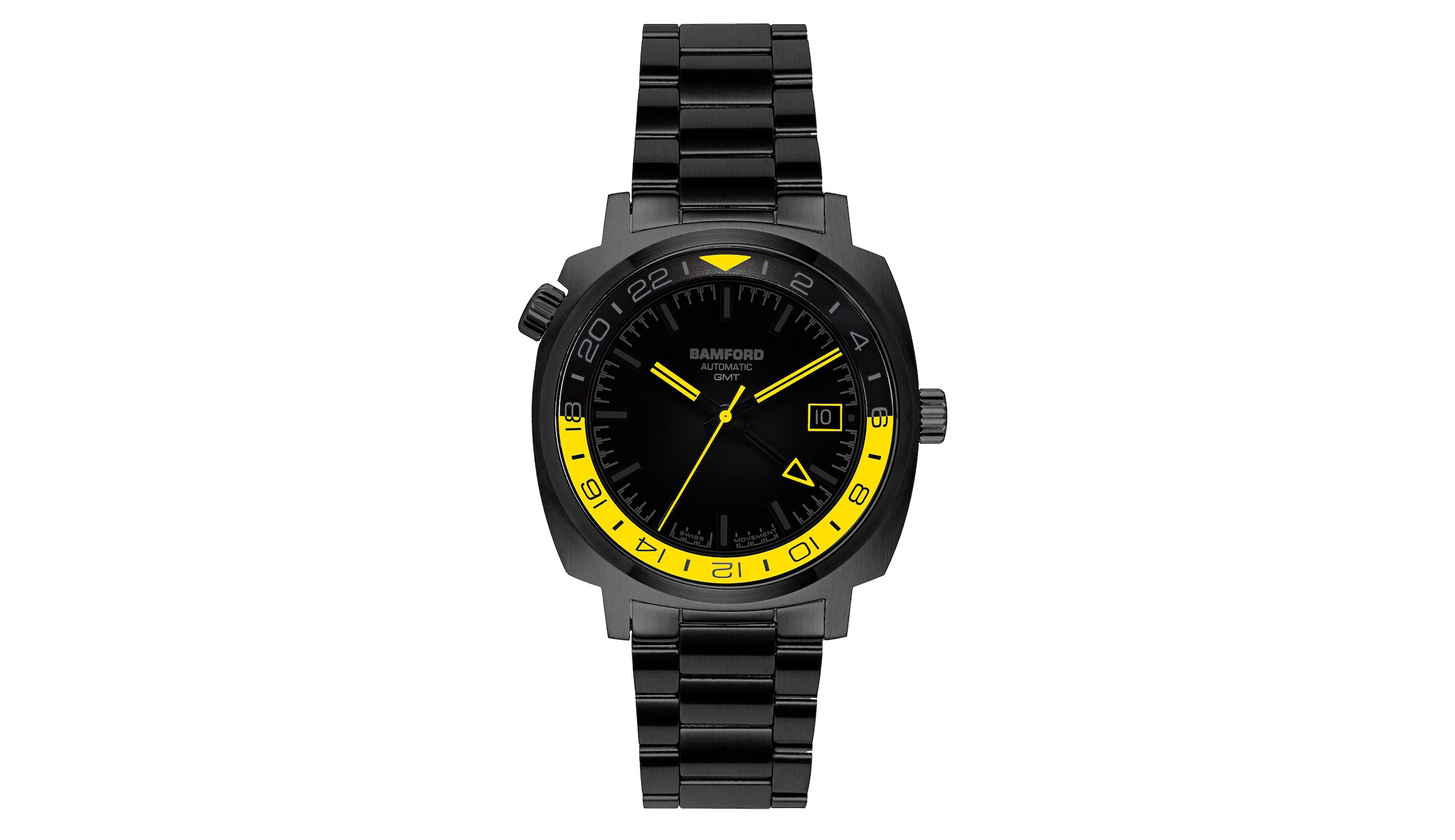