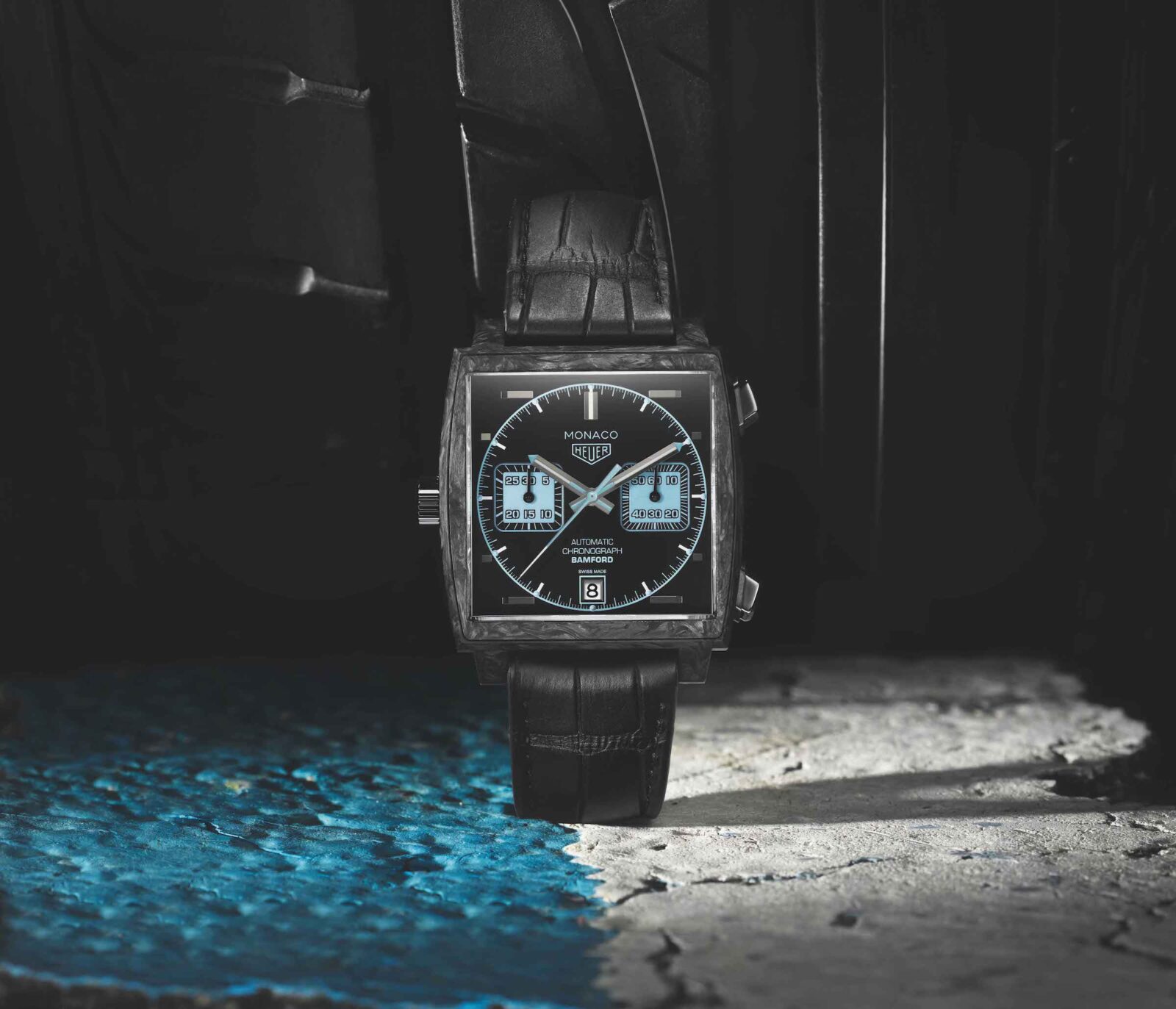 Aside from their bespoke handmade watches, my favorite thing about Bamford is the fact that they rustle the jimmies of snooty purists. At their core, Bamford is a horological blood-brother of tuning houses like BMW’s M Motorsport division and the Mercedes-Benz AMG team.

Instead of cars Bamford takes wristwatches made by many of the best names in the business and disassembles them, customizes the way they look, restores or services the movement, and then reassembles them as a new and often entirely unique take on a classic design.

Bamford became the authorized customization partner of TAG Heuer in late 2017, perhaps a sign that the age-old watch industry is opening up to the world of customized watches – hitherto considered heretics by many.

The TAG Heuer Monaco Bamford is one of the first fruits of this new partnership – and it’s certainly not going to have any trouble attracting attention thanks to its black and blue colorway and the striking 39mm forged carbon case.

Internally the watch is powered by the Calibre 11 automatic movement with 59 jewels and a 40 hour power reserve. It’s water resistant to 100 meters and the strap is traditional black alligator leather. 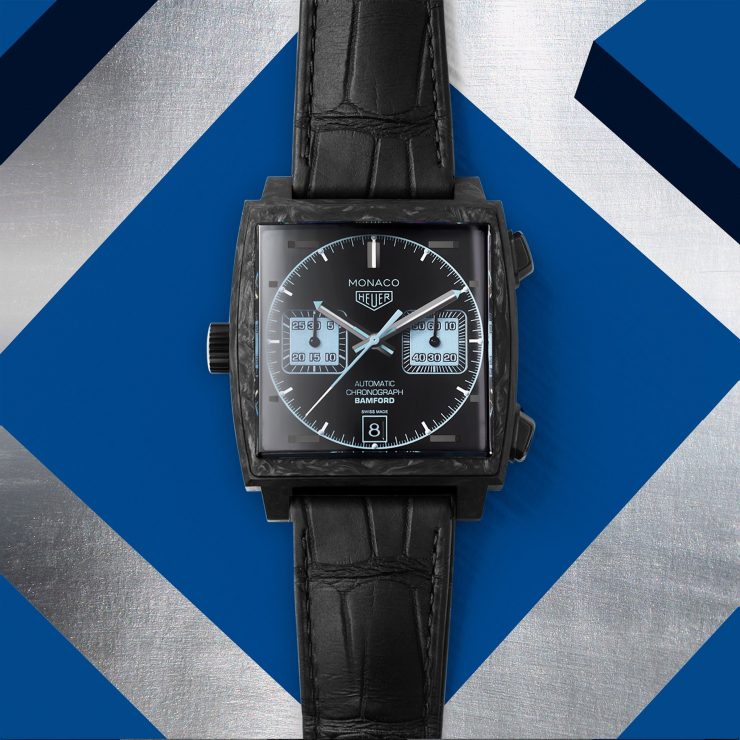 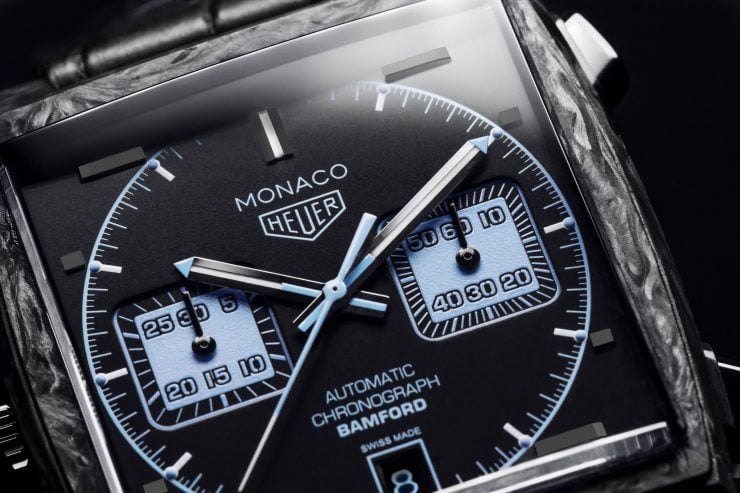 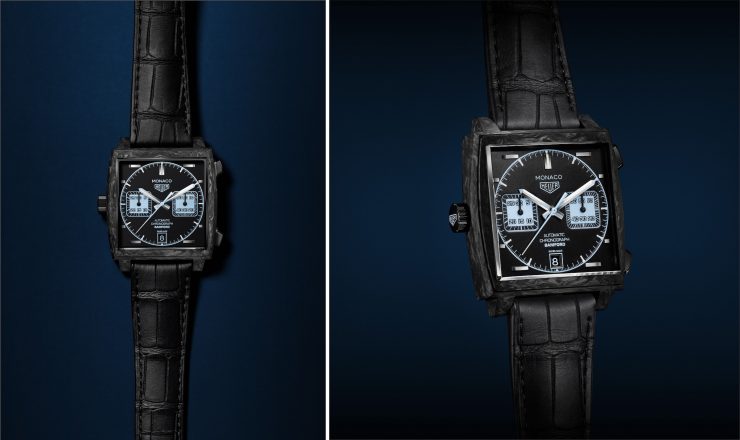 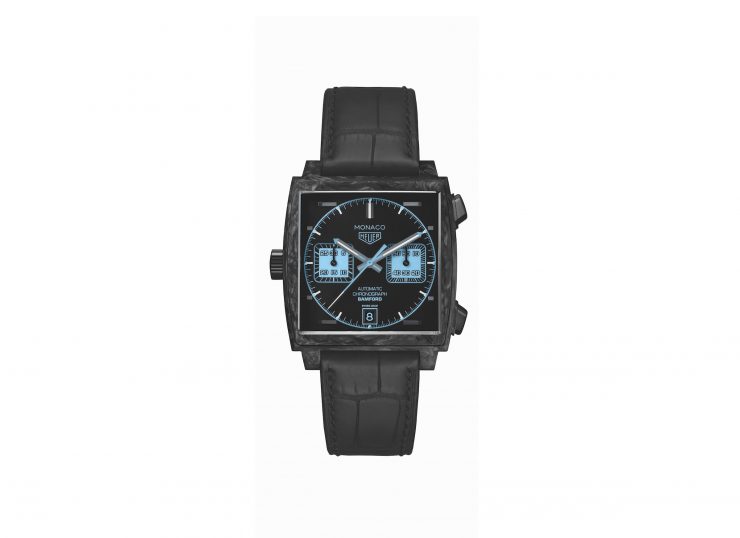 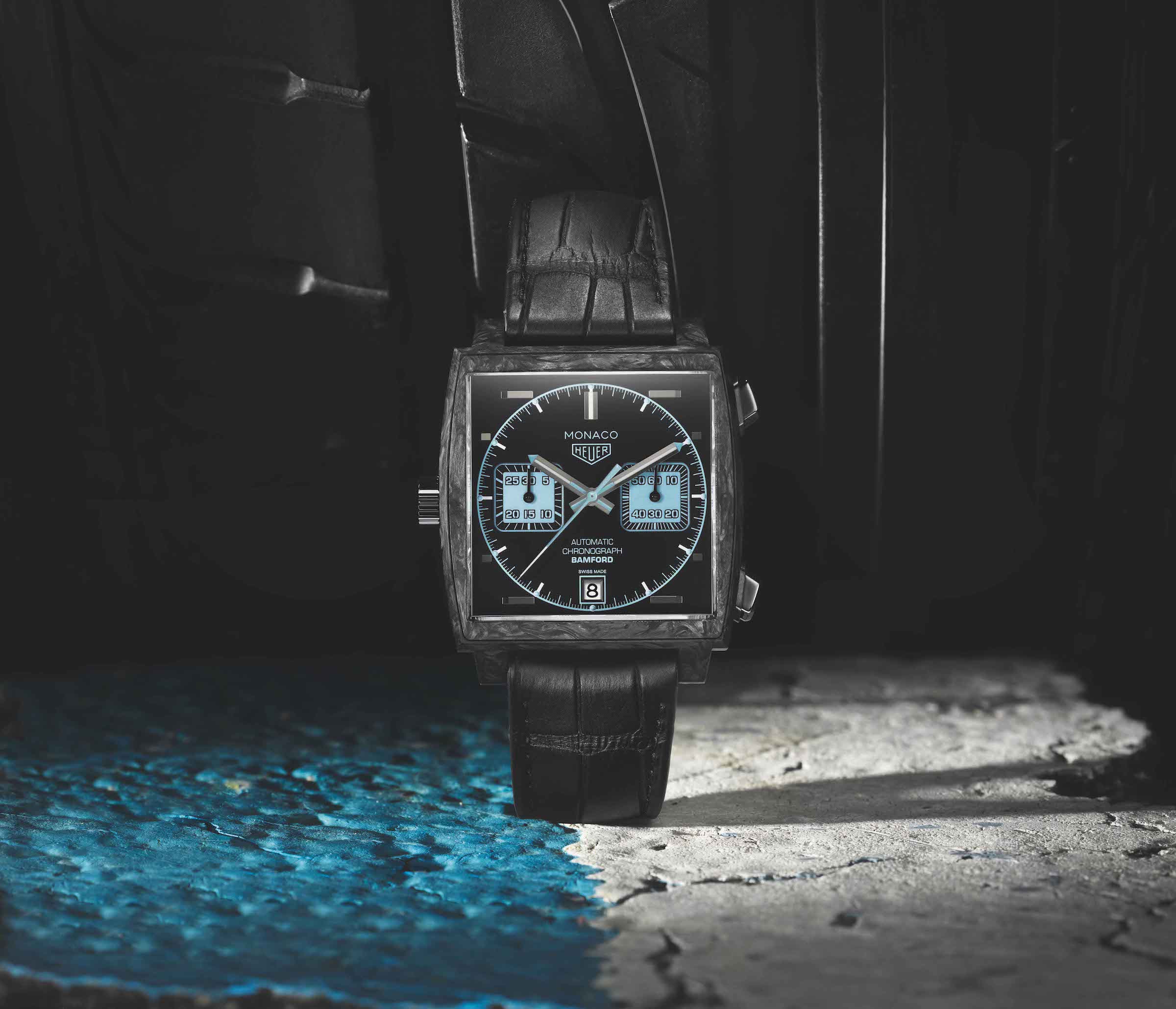