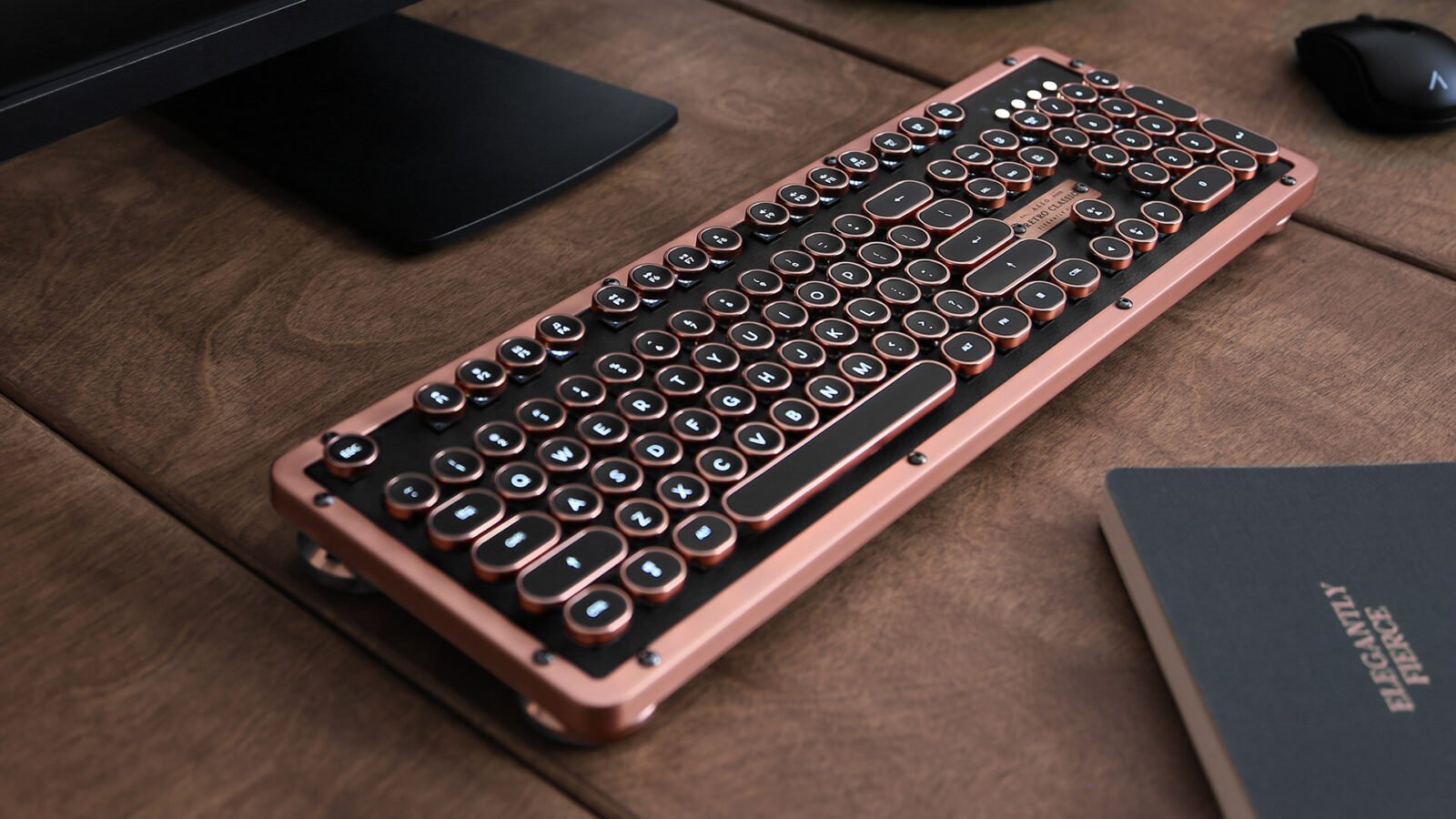 The Azio Retro Classic is a mechanical keyboard that uses tactile, “clicky” keys reminiscent of a vintage typewriter. Each key is an individual mechanical switch, with a central backlight LED for low-light use.

Each keyboard has a durable Zinc alloy chassis assembled and attached with hex bolts, with a genuine leather (or wood) surface, and there are four colorways on offer including Onyx, Posh, Artisan, and Elwood.

The Azio Retro Classic is ideally suited to garages, sheds, man caves, private offices, and other areas where cheap plastic computer components feel out of place. 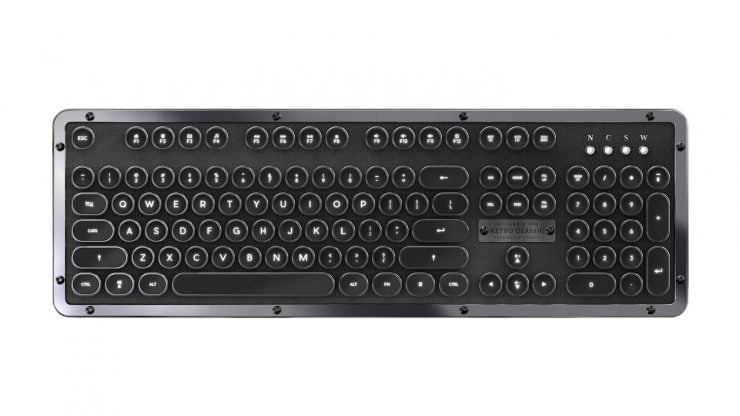 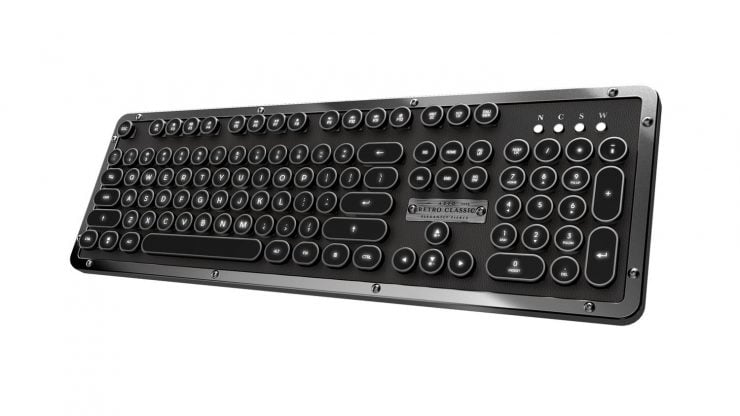 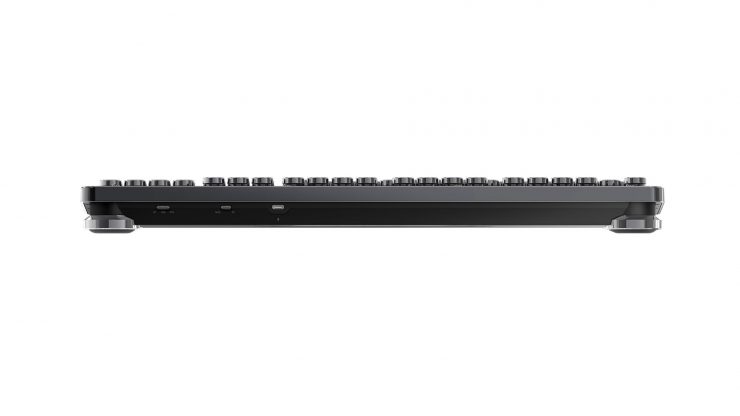 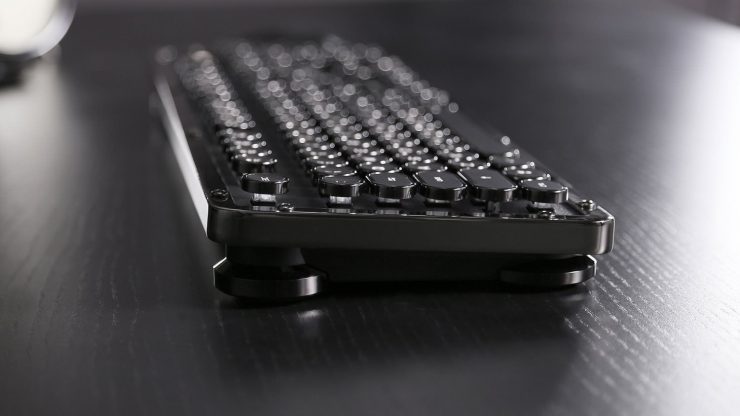 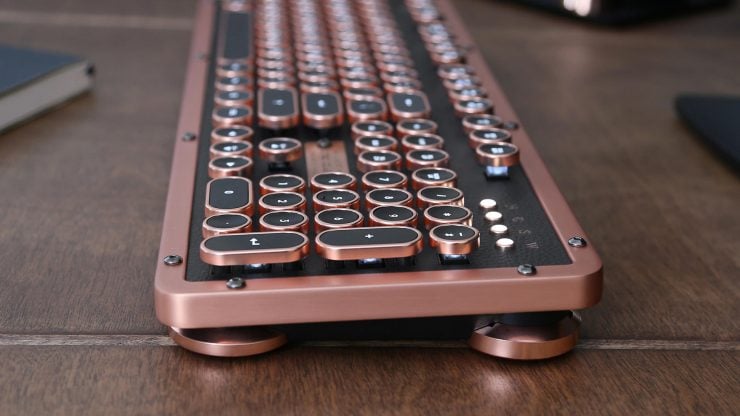