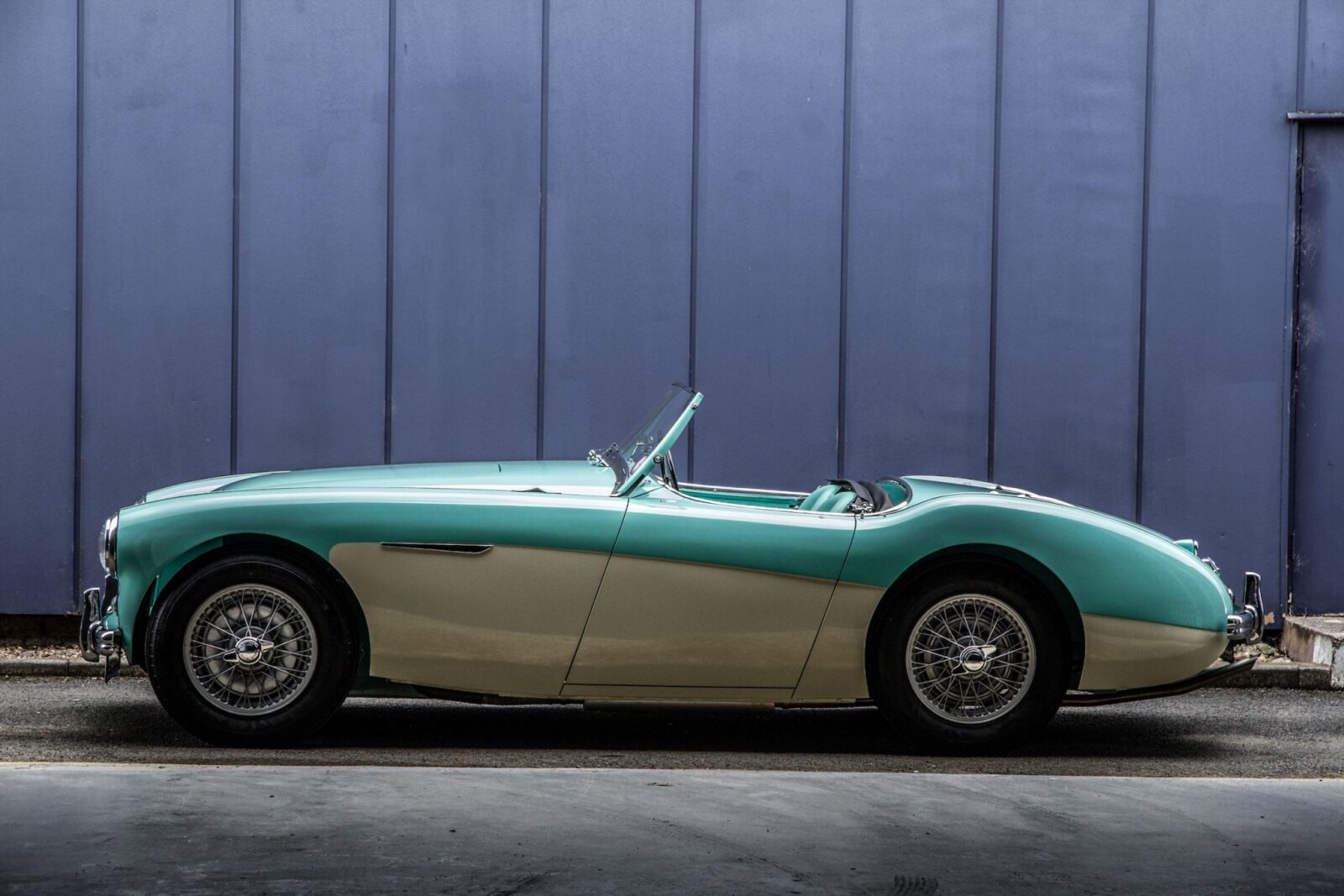 A Short History of the Austin-Healey 100/4

The story of Austin-Healey is the stuff of motoring legend. The original version of the car was called the Healey Hundred, and it was designed to use mass-produced Austin A90 road-car engines, gearboxes, axles, and suspension – with a beautiful svelte body designed by Gerry Coker.

The Healey Hundred was first shown to the general public in 1952 at the famous Earls Court Motor Show, where it was seen by Leonard Lord, managing director of the behemoth carmaker Austin. Lord loved the design, and stuck a deal with Donald Healey to mass-produce the car using the might of the Austin Motor Company.

Donald cheerfully accepted, and the car was renamed the Austin-Healey 100 to showcase both its shared heritage and its ability to hit 100 mph right off the factory floor. The first series of cars were called the BN1, they were fitted with the 2660cc inline-4 Austin A90 engine coupled to a 3-speed gearbox with an overdrive on the top two gears. The top speed of the BN1 was tested in-period at 106 mph and it could do the 0 to 62 mph dash in a whisker over 11 seconds, although not impressive numbers now, they were very solid figures in the early 1950s.

Mid-way through 1955 the upgraded BN2 was introduced, now with a 4-speed gearbox fitted as standard (and still with the overdrive on the top two gears), an upgraded axle, and larger front wheel arches. The factory introduced the legendary 100M using the BN2 as its foundation in 1955, this high-performance version of the car featured larger carburettors, a cold airbox, a high-lift cam, and an increased 8.1:1 compression ratio thanks to higher compression pistons – offering 110 hp, 20 hp more than the stock 100/4.

The Austin-Healey 100M is easily identifiable thanks to its louvered bonnet and leather bonnet belt, 640 were built by the factory but they also offered the 100M parts as a kit for people to upgrade their own cars. This has led to some confusion about factory-built 100Ms vs retrofitted 100Ms, with the former being far more valuable to collectors.

By far the most desirable of all the early Healeys is the 100S, an aluminium-bodied racer tuned to produce 132 bhp and weighing in 200 lbs (91 kgs) less. Just 50 production cars were made, with an additional 5 prototypes. Surviving examples of the Austin-Healey 100S have sold recently for well over $1 million USD, and these prices are only likely to go up.

1956 would see the introduction of the Austin Healey 100/6, fitted with the larger 2639cc BMC C-Series engine that had been fitted to the Austin Westminster passenger car. It produced 102 hp but due to the weight gain it was slightly slower than the 100/4, and a little more prone to understeer.

The Austin-Healey 100/4 BN2 shown here is a very special car, it was built specifically to be a show car at the 1955 Earls Court Motor Show, and interestingly it was also the first 100 to be painted in Florida Green over white.

After being displayed at the show the car was road registered in the UK and sold on into private hands. Over the intervening years it would tour Europe, including visits to the Italian Alps and Lake Garda (pictures below).

By the mid-1990s the car wasn’t in great condition, it was in pieces, but it’s heritage as the original Earls Court car was still known. It was bought by Steve Norton who undertook a 6 year restoration on the car, which had won both the ‘Best of Show’ and ‘100 Class’ awards at the Austin-Healey Owners Club National Concours in the month of its completion.

The car is now being offered for sale for the first time in 20 years, now benefitting from the fitting of the 100M camshaft and high-compression pistons, taking power from 90 hp up to 100+. It’s due to be auctioned by Bonhams at the Goodwood Festival of Speed Sale on the 30th of June, the value is estimated to be between £100,000 and £140,000, and you can click here if you’d like to read the listing or register to bid. 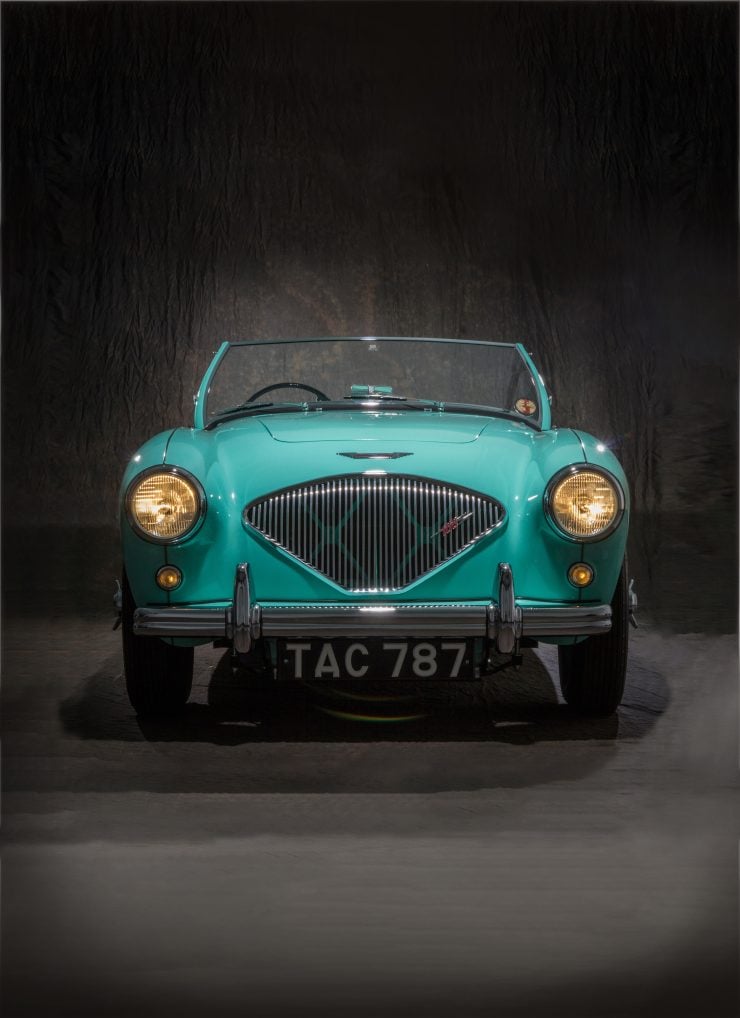 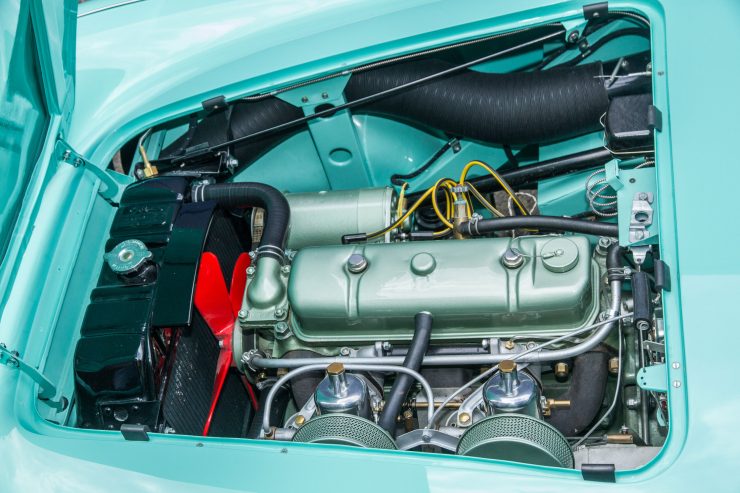 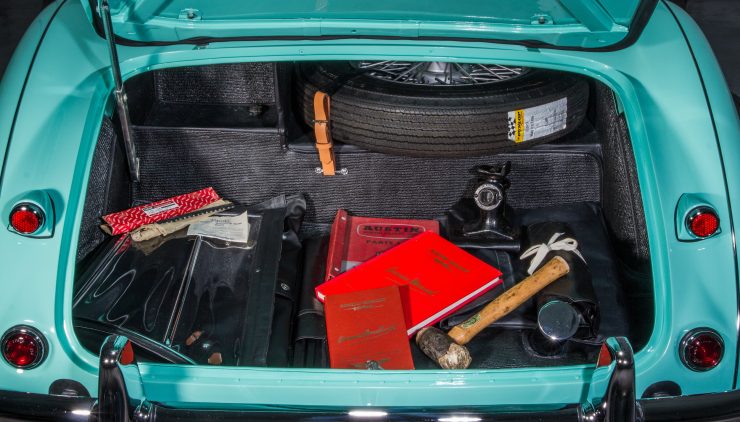 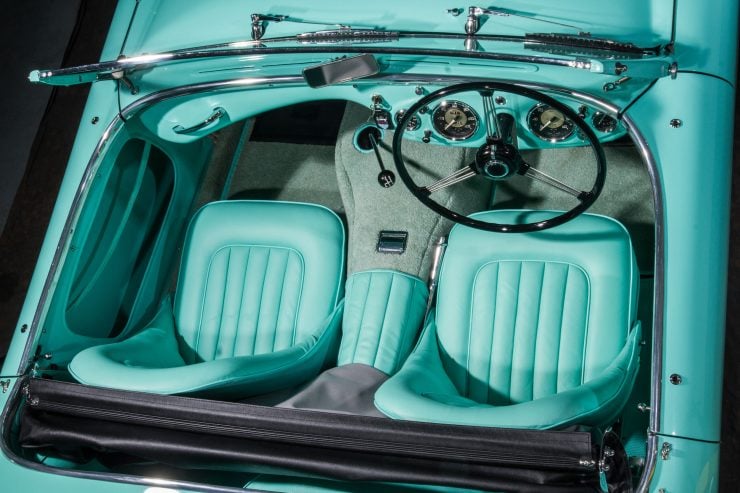 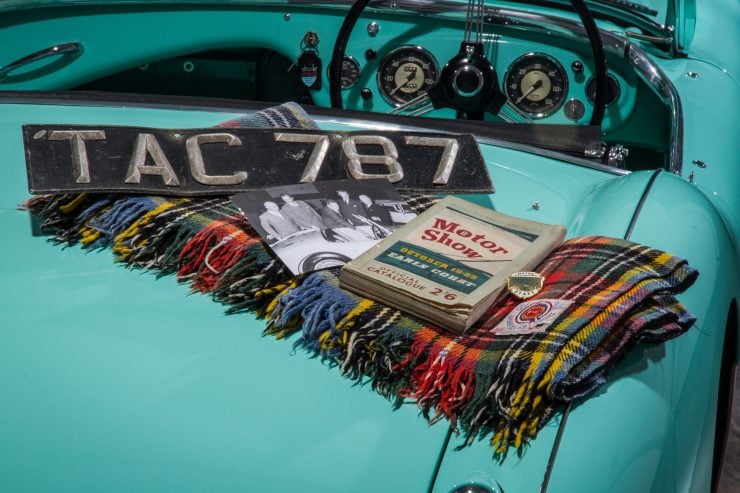 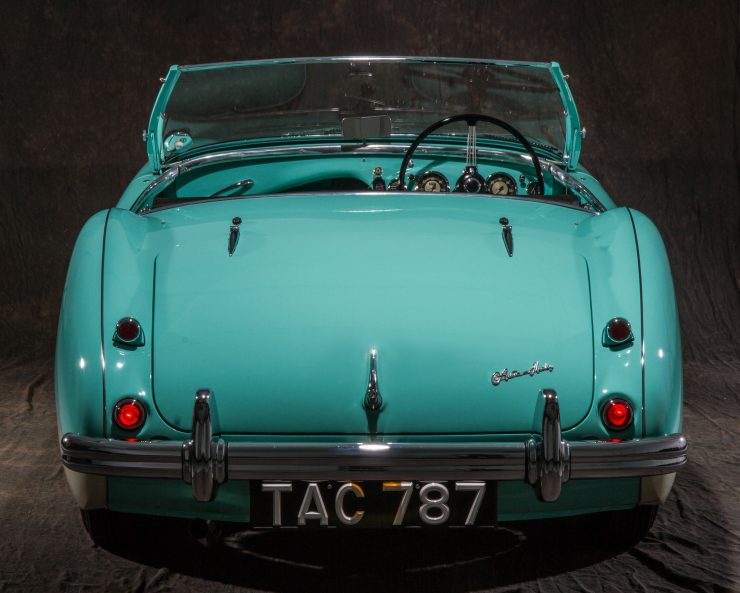 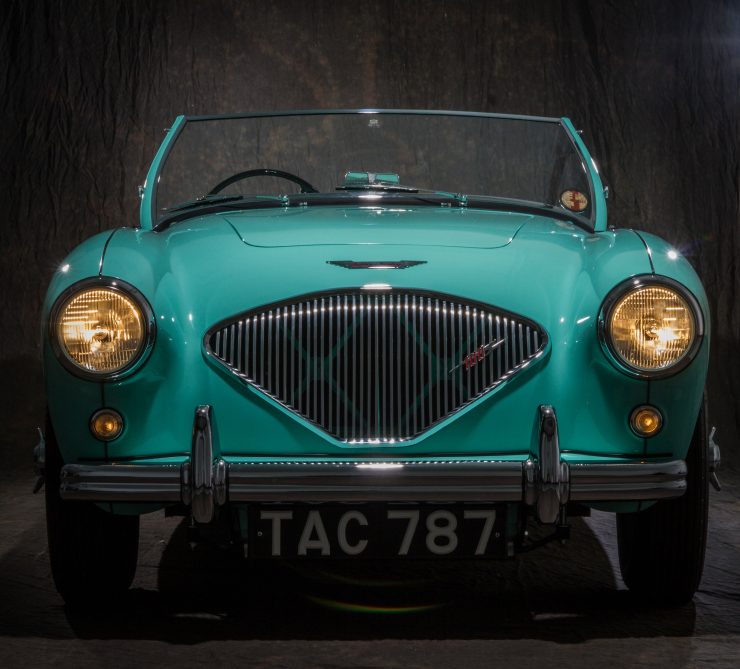 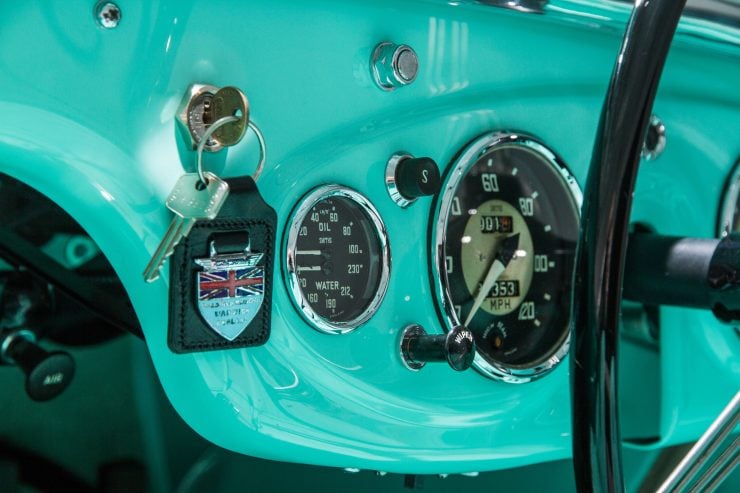 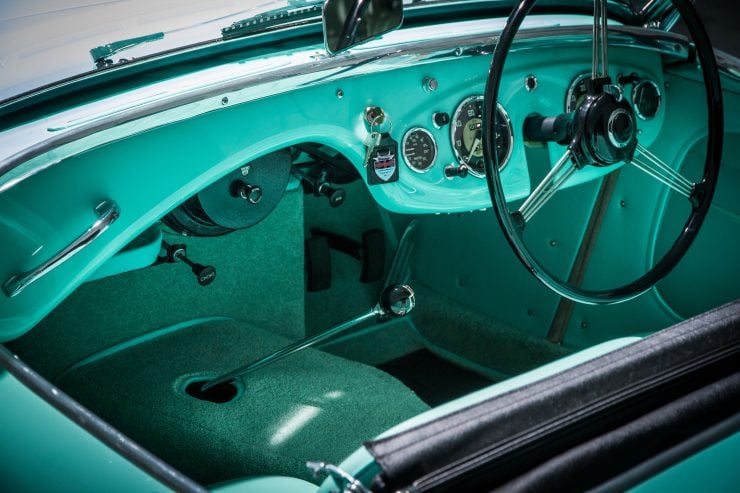 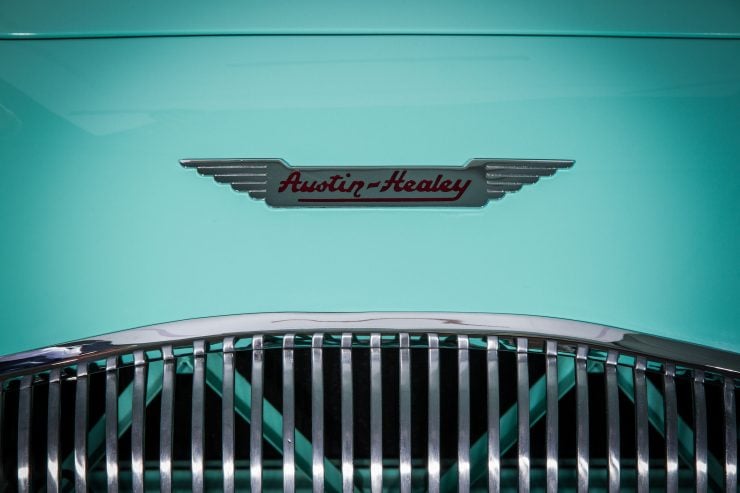 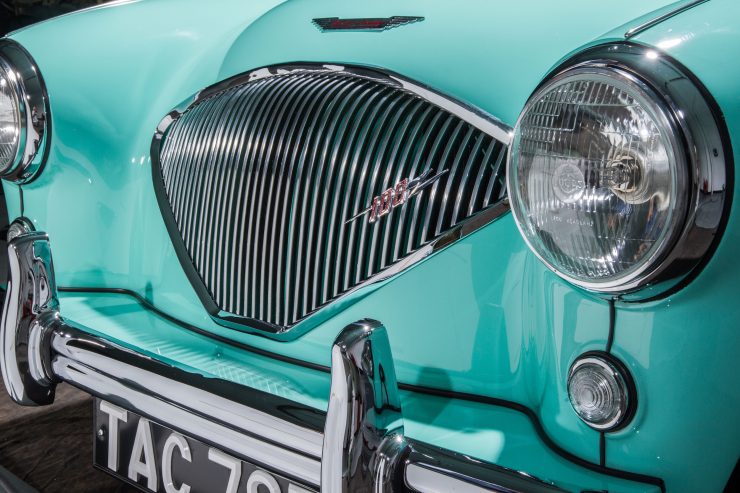 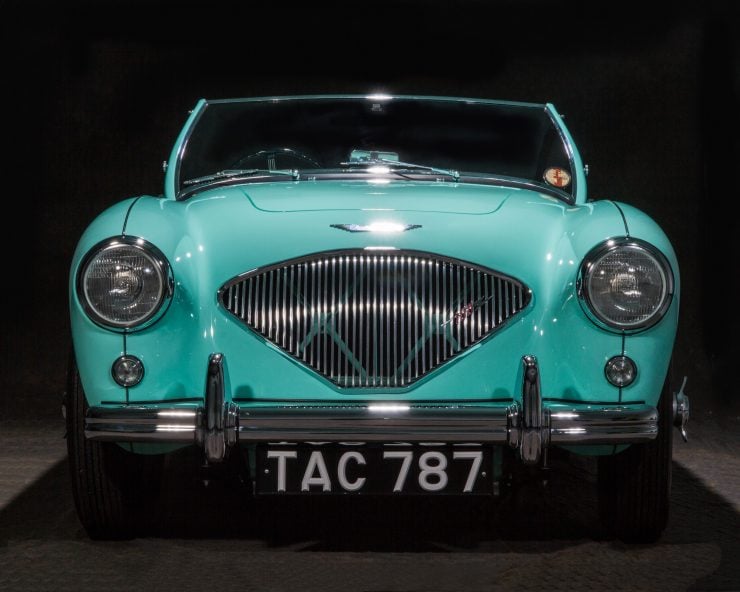 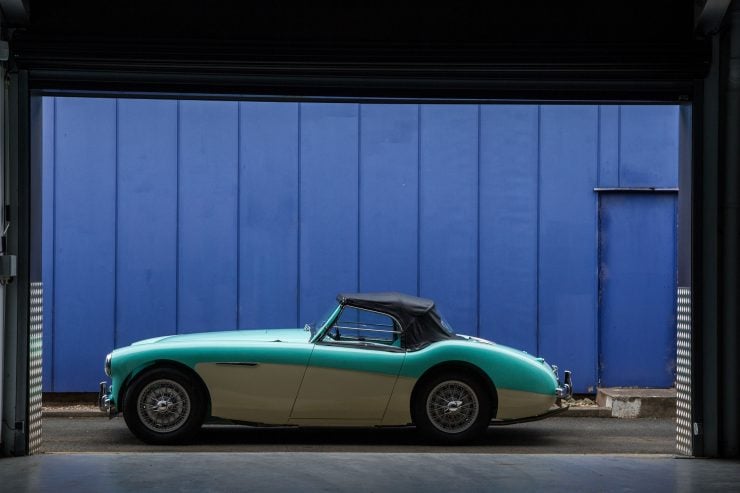 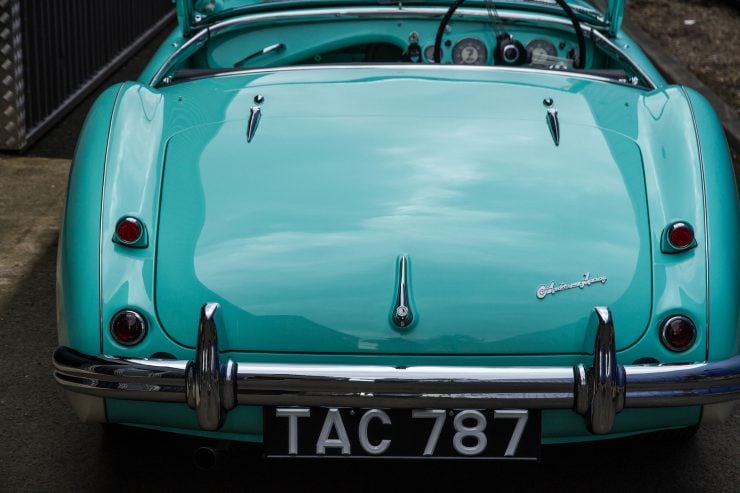 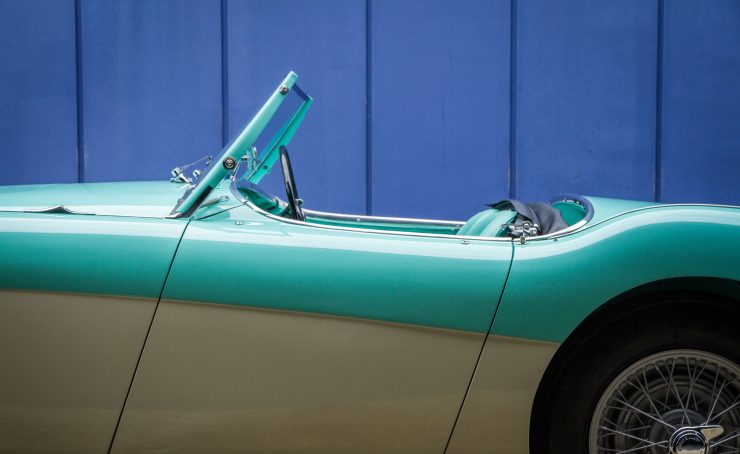 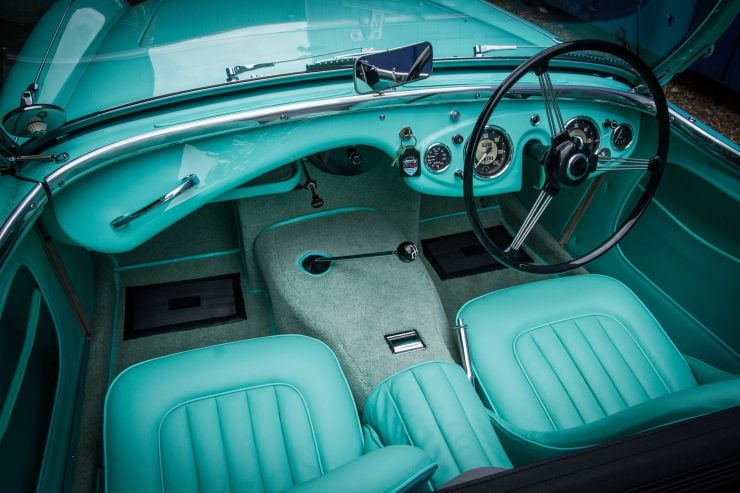 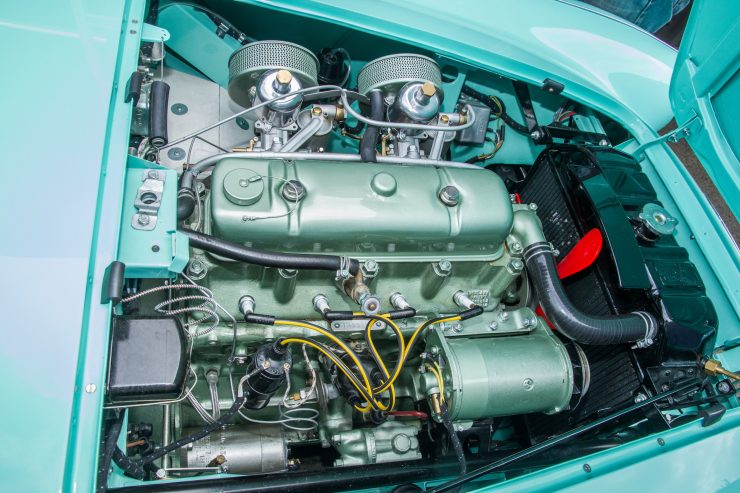 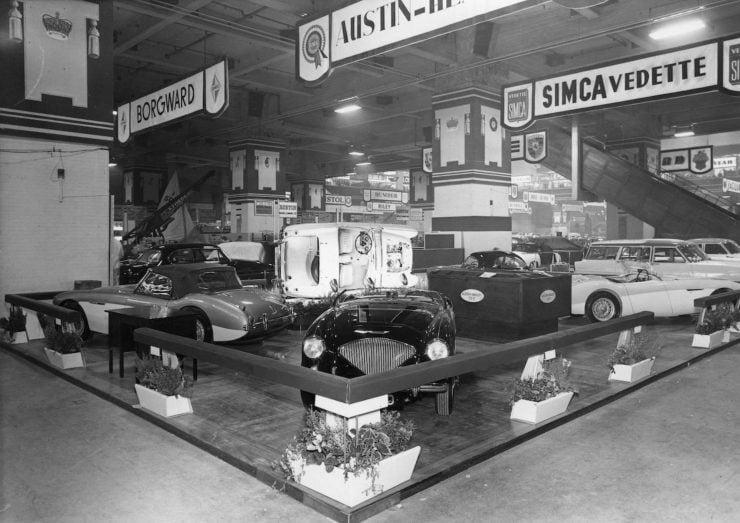 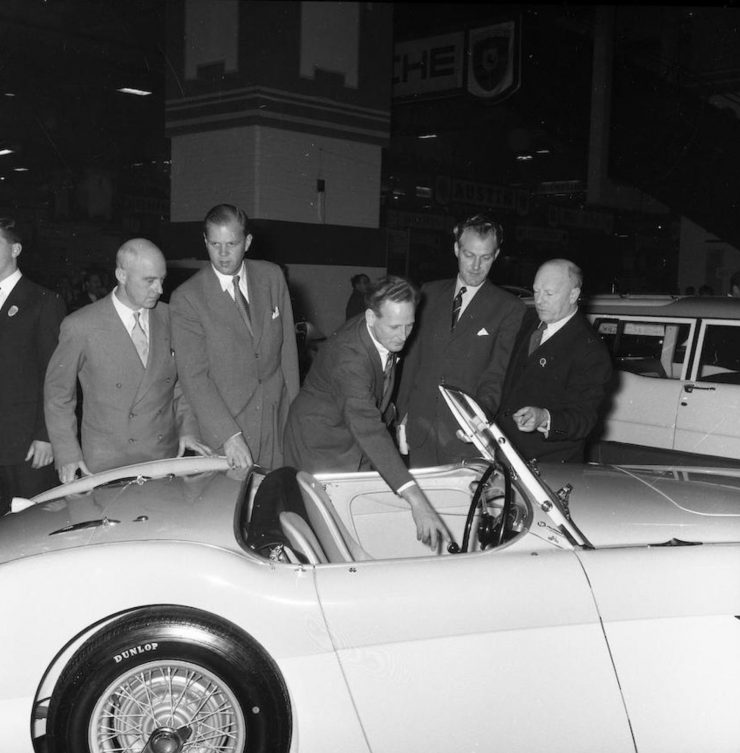 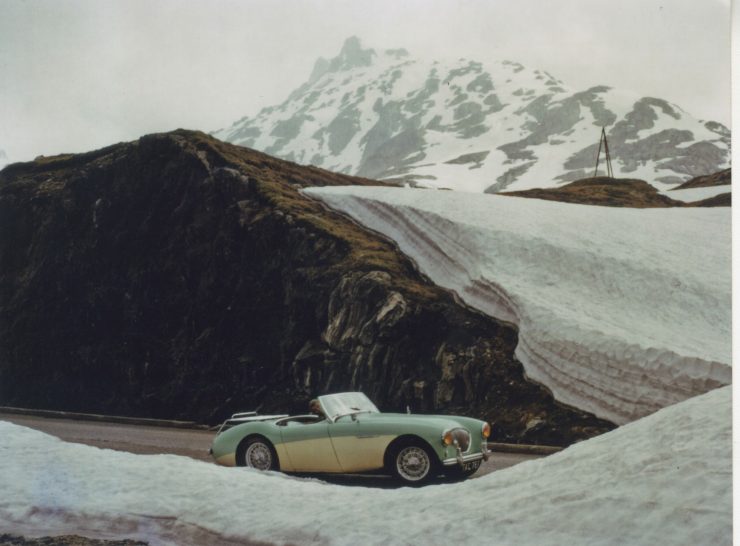 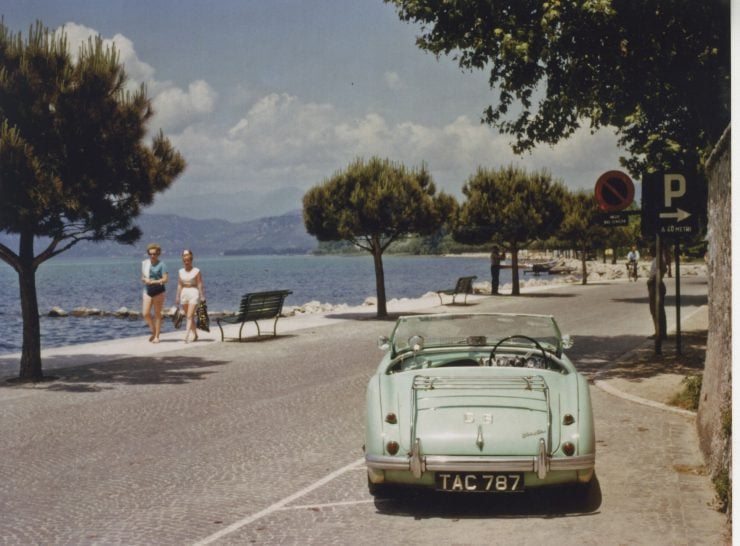 In the years immediately after WW2 the Willys Jeep had become arguably the most famous vehicle in America. Anyone could recognize one on sight and many young American men had driven them or ridden in…

The Ford Thames 400E was released in 1957 to compete with similar vans built by the likes of Volkswagen, Bedford, Austin, and Morris. The “Thames” brand was used by Ford of Britain for their commercial…