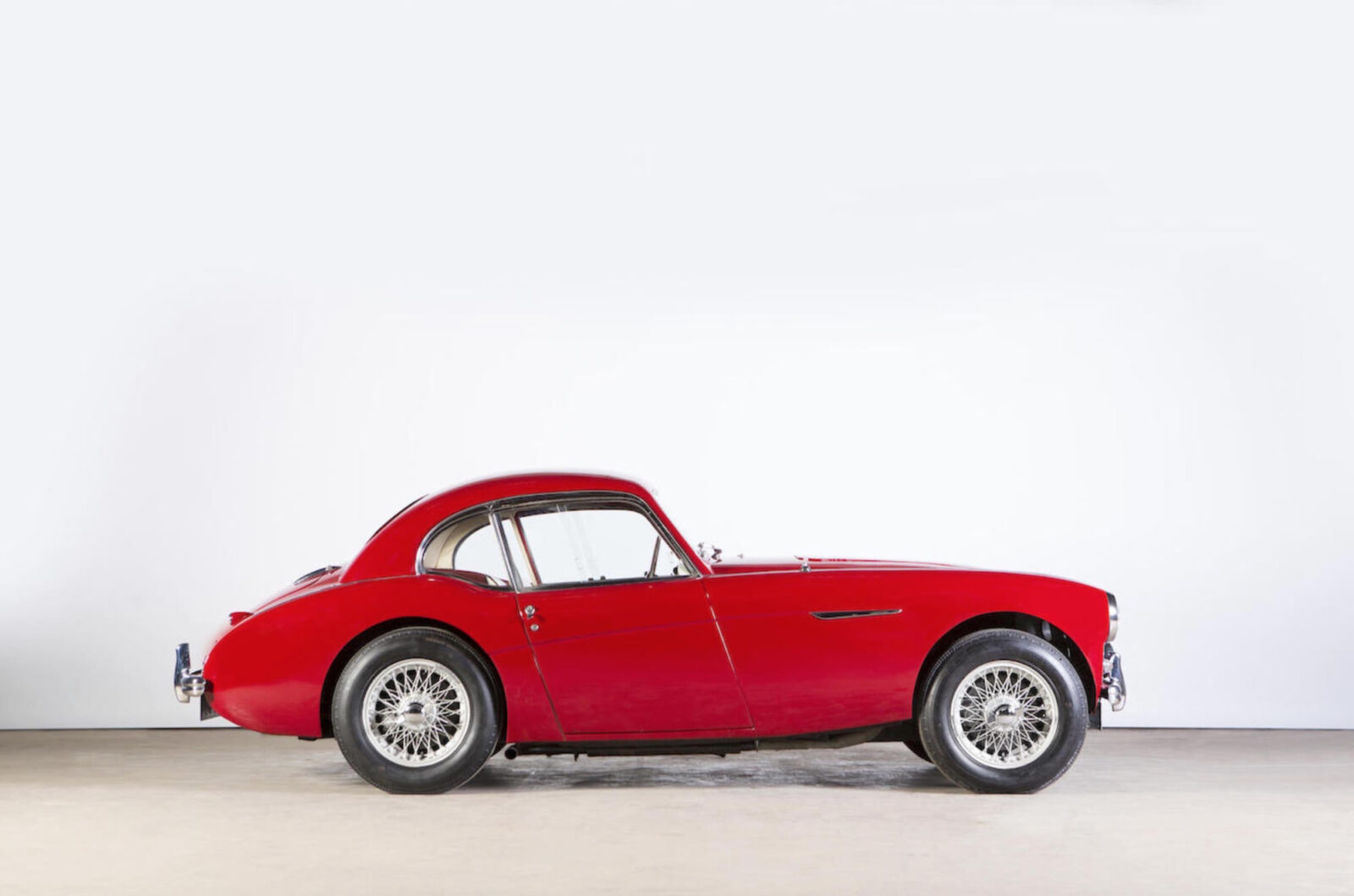 In 1953 Donald Healey asked Gerry Coker, his chief designer, to design two hard-top/coupe versions of the popular Austin-Healey 100. The two designs were slightly different and Donald preferred the red one, so he took it as his personal daily driver. The plans to develop a production version of the coupe never came to fruition, so the two Coker-designed coupes are the only official examples in the world.

Donald Healey was both a racing driver and an engineer, so his little red coupe was driven hard and fast. He used it as a testbed for new technologies and as the racing programme for the Austin-Healey 100S was being developed he had the new engine, transmission, and disc brakes installed – significantly improving performance. 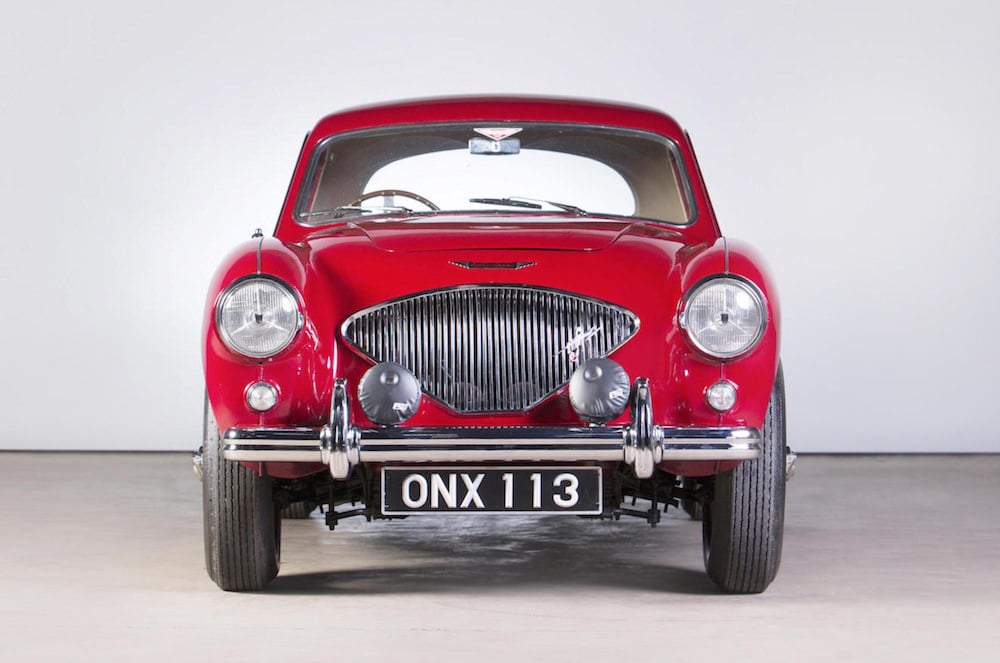 The 100S engine was an inline-4 with a capacity of 2660cc and 132 bhp, it was a highly modified version of the Austin unit used in the 100/4, and as a weight reduction measure the iron cylinder heads were swapped out for aluminium versions.

It’s likely that the Donald’s Austin-Healey 100S Coupe was faster than any other production Healey at the time (outside of the racing cars) thanks to the additional engine power and improved aerodynamics offered by the tin-top.

The Coupe is known in Healey collector circles by its registration number – “ONX 113”, although this is often shortened to just “ONX”. During Donald’s ownership of the car he had the interior re-trimmed in white leather and at some point the originally black roof was painted red to match the rest of the car. 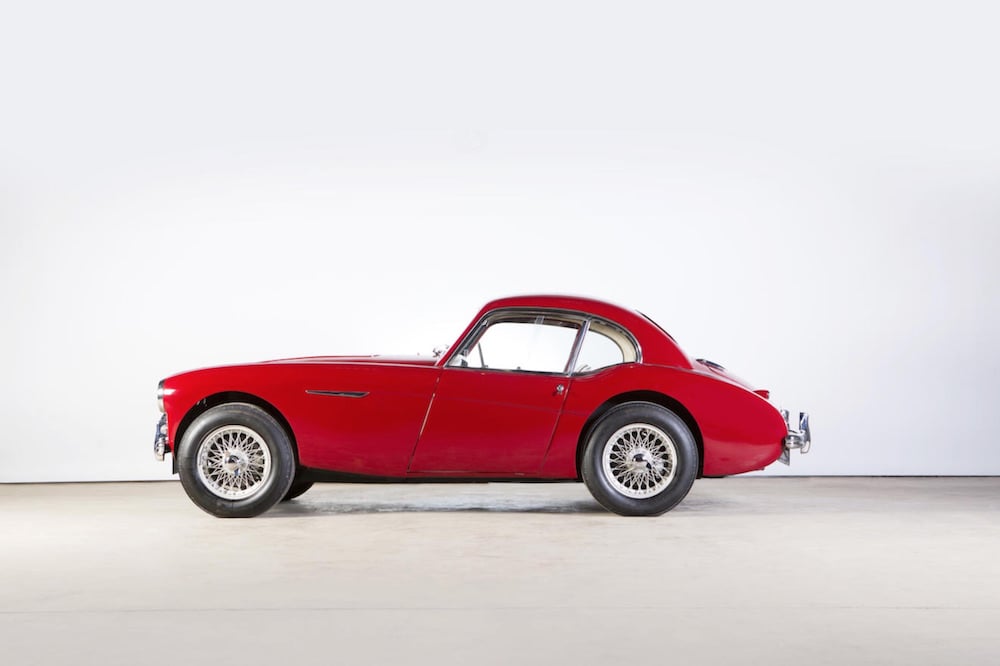 After Healey sold the Coupe it found its way into a private collection, where it remained for decades. The model hasn’t been offered for sale for a lifetime so it’s difficult to anticipate how much it’s likely to sell for when it goes to auction with Bonhams on the 6th of December this year. Some have estimated it’ll fetch £600,000 but it could cheerfully surpass that figure, if the right buyer is in the room on the day.

If you’d like to read more about the car, or register to bid, you can click here to visit Bonhams. 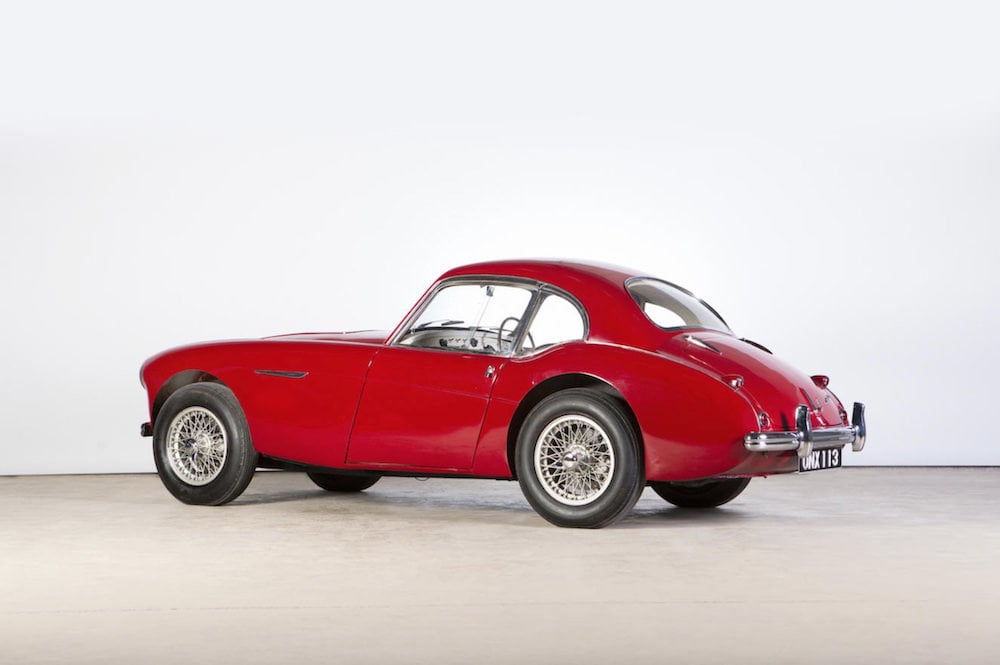 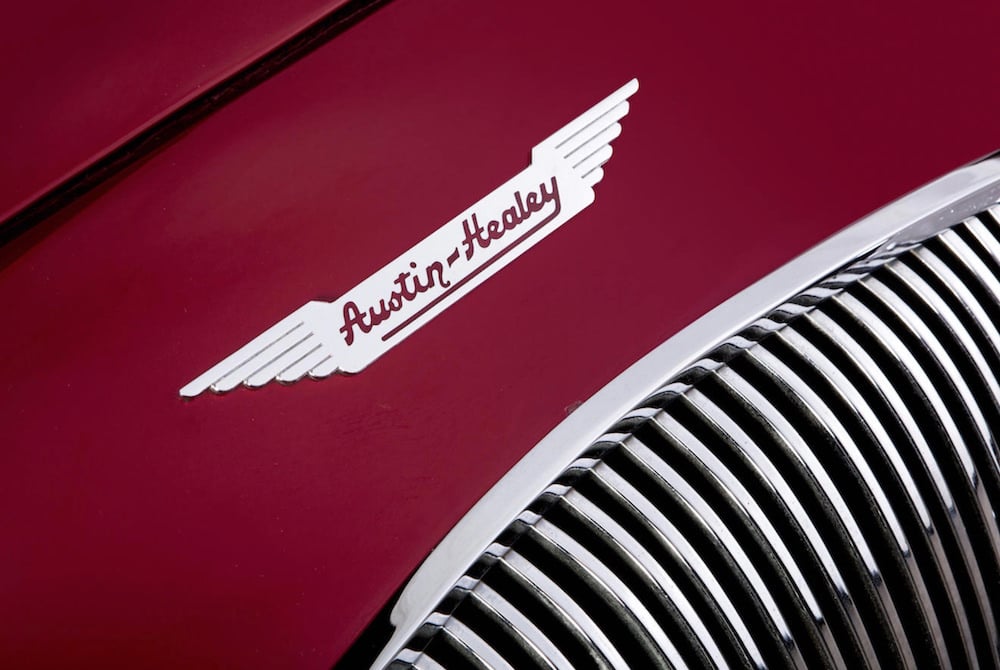 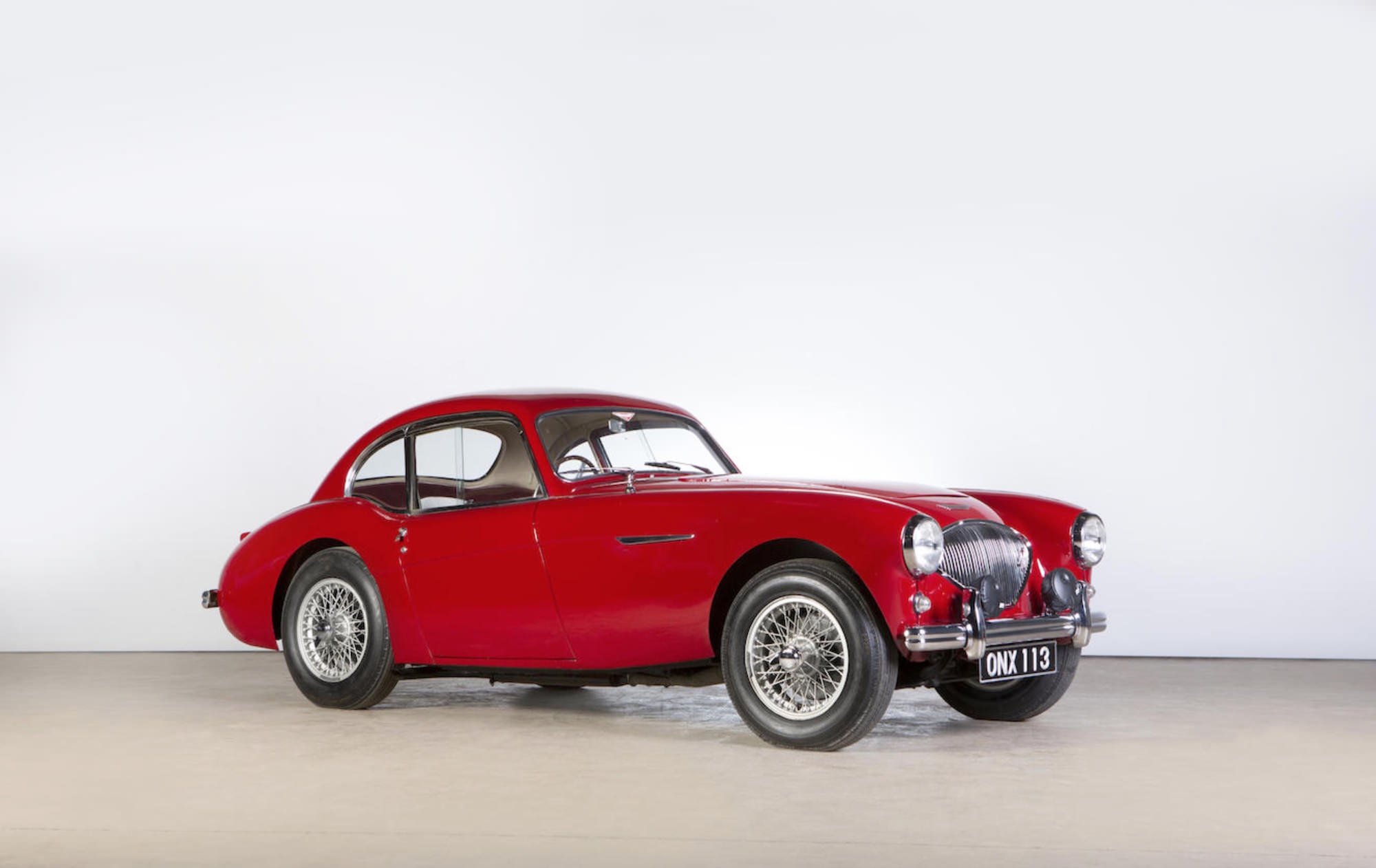 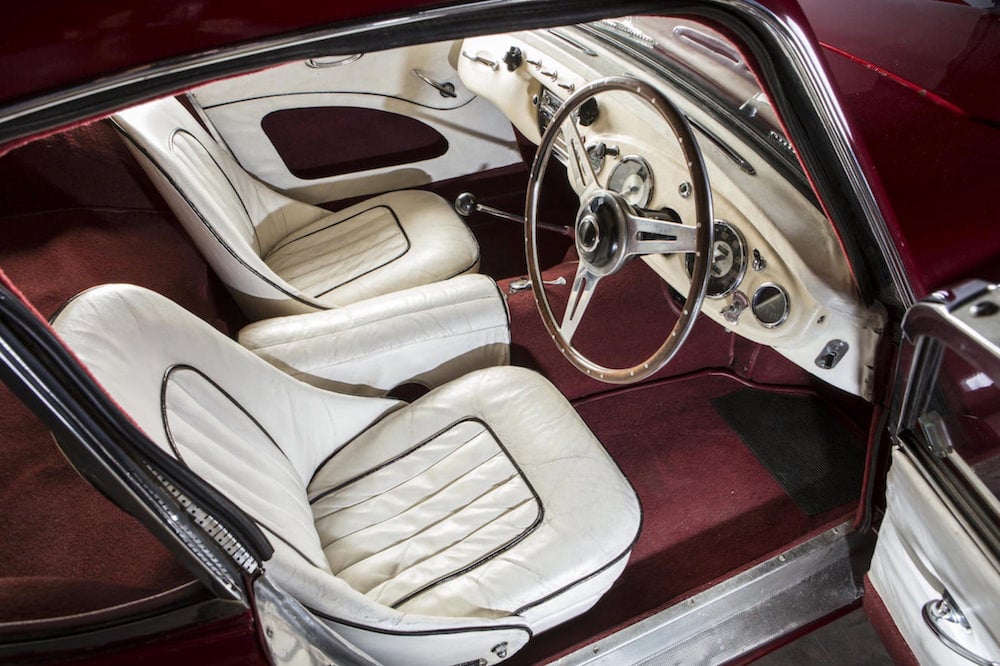 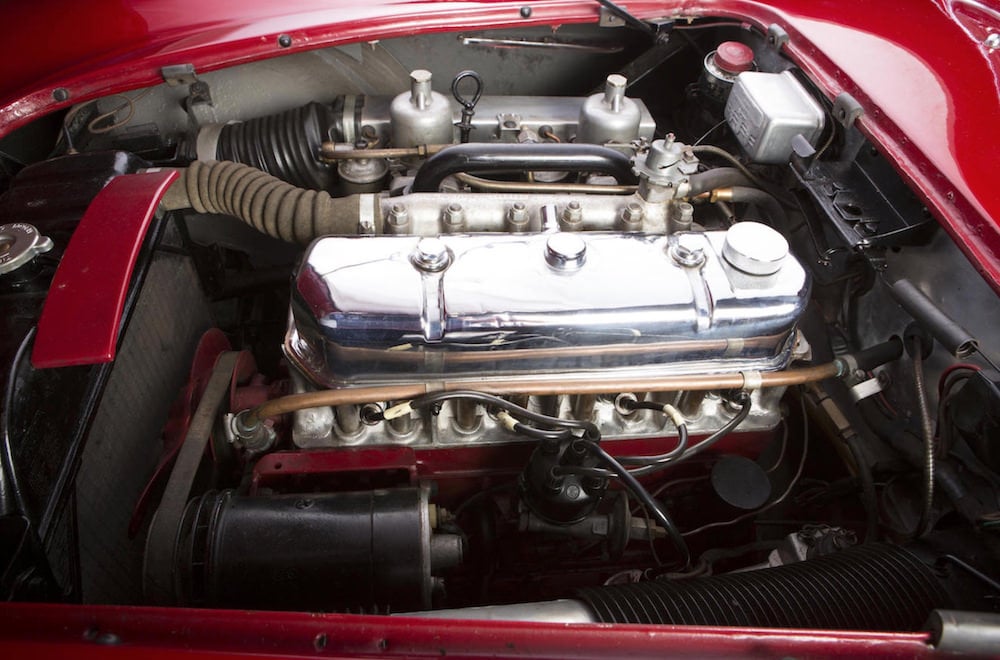 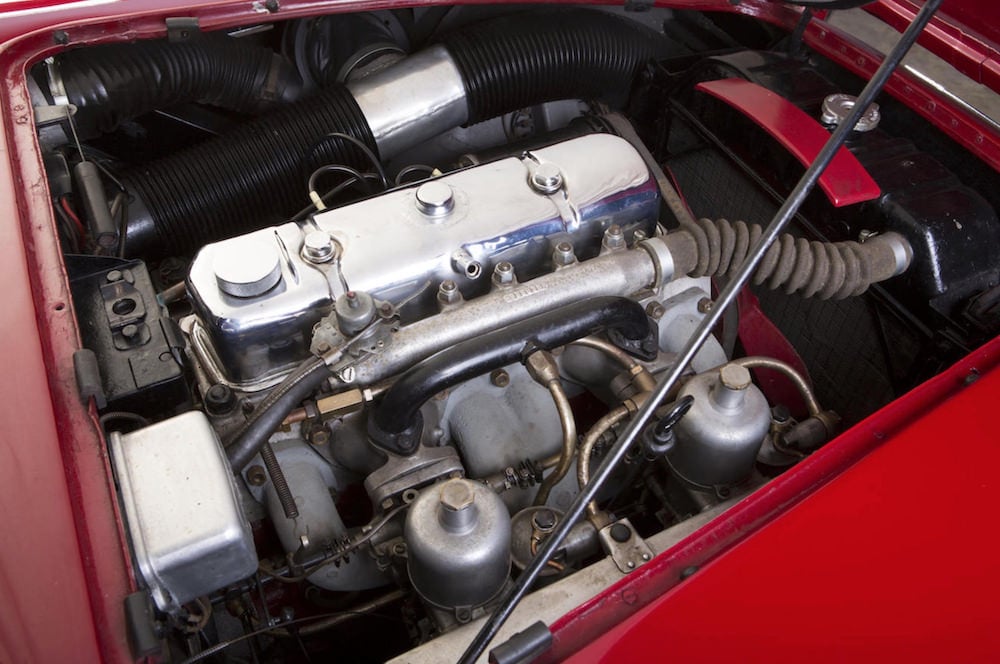 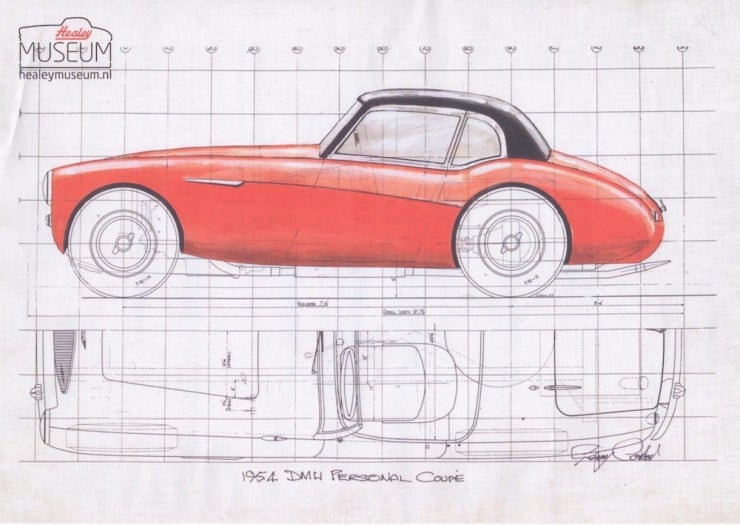 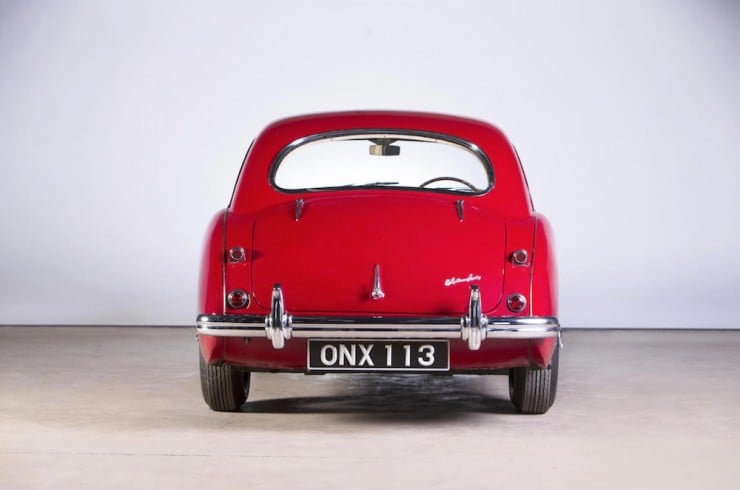 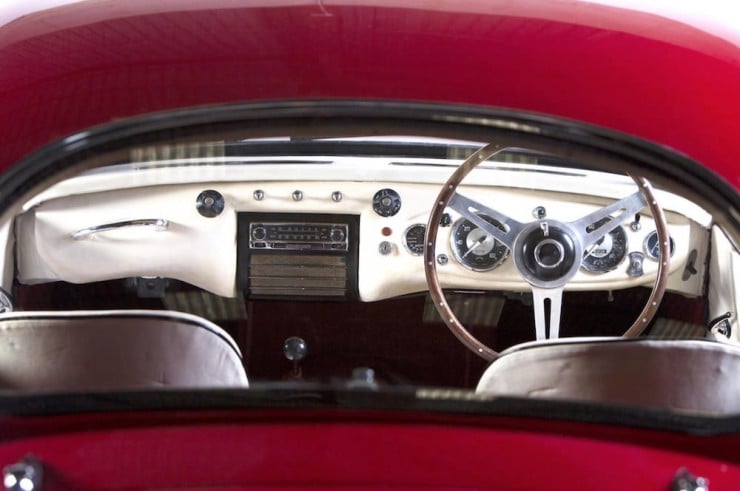 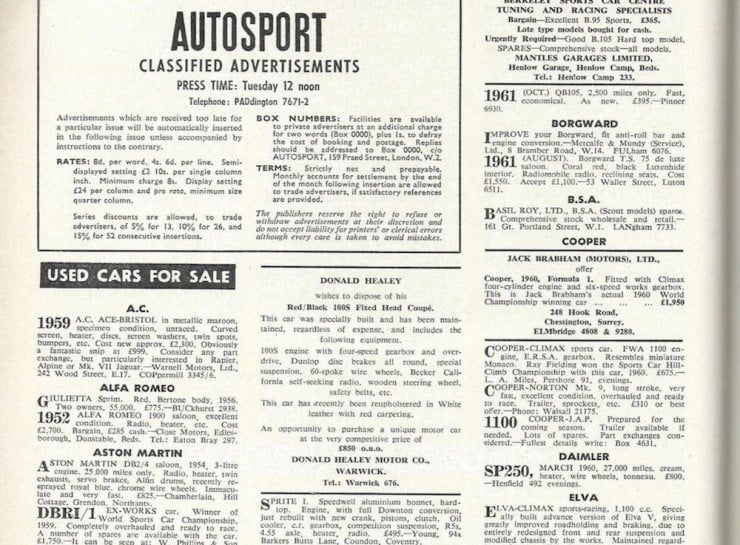 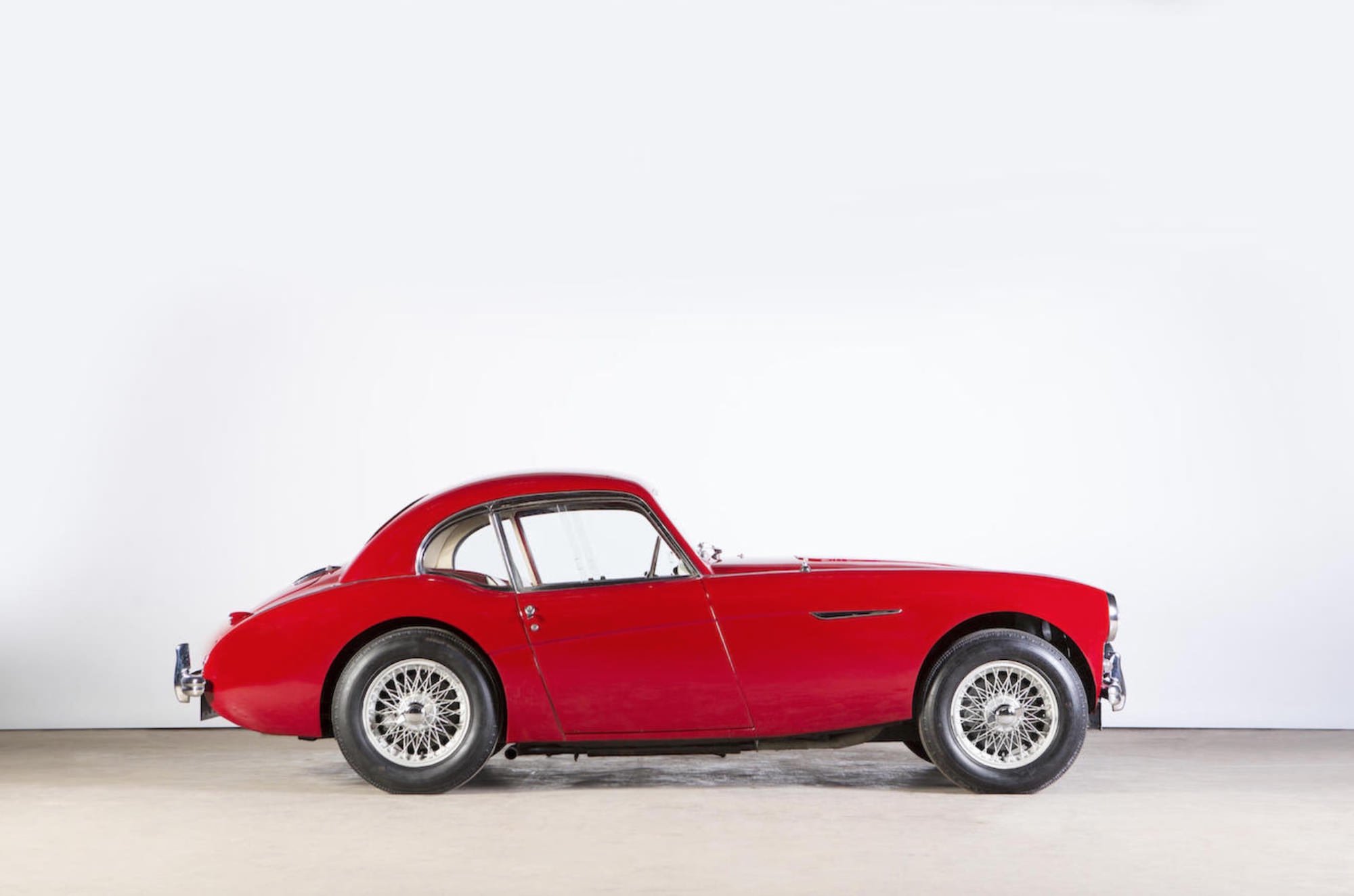