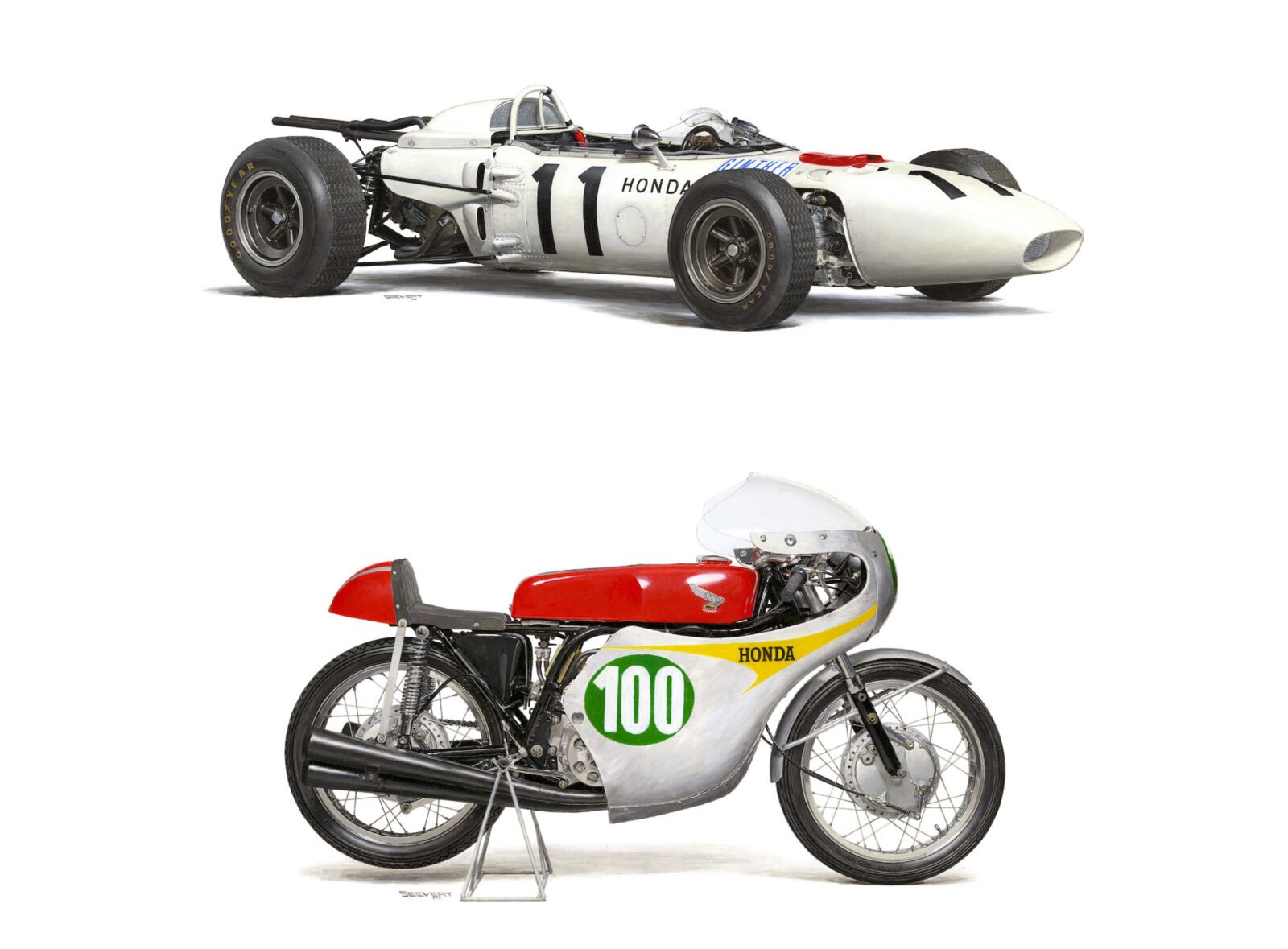 This article was written by Jenna V. Genio AKA “Dæmon Ex Machina”, a freelance writer and photographer with a love for motoring, aviation, and adventure. You can follow her on Instagram here.

Kenji Shibata, also known as “Kengde Seevert” of Seevert Works, is one of the world’s premier motoring artists. He was born in the city of Nobeoka in Miyazaki Prefecture, Japan and graduated from the Tama Art University in 1985. In 2008, Kenji went on to settle down in Nagoya, Aichi Prefecture where he works full-time out of his studio creating ultra-realistic paintings of iconic motorcycles and automobiles for some of Japan’s leading brands. 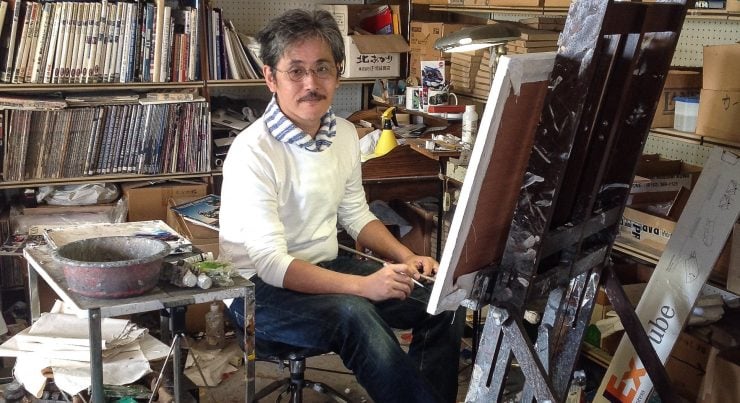 While enthusiasts explore their love and passion for motorcycles in many different ways, the Japanese painter Kenji Shibata chose to channel his appreciation for motoring into astounding artworks of historic bikes. He lays his eyes on all the actual machines he depicts, working off high-resolution images that he photographs himself. The Seevert process begins with Kenji taking a 4”x5” large format photo of a motorcycle on positive film. He scans the image, enlarges it, and then transfers it onto the canvas using expert brushwork, mostly acrylic paint, sometimes oil, and hours upon hours of effort indicative of the dedication to one’s craft which the Japanese are famous for.

Now 57 years old, he spends up to 6 hours everyday hunkered down in his studio which he describes as “the second floor of a fibre cement shack built around 50 years ago in Nagoya. No insulation on the exterior walls makes it super-hot in summer and super-cold in winter.”

The Beginning of Seevert Works

“My first work in the motorcycle motif was my graduation project. I wasn’t enthusiastic about motorcycles that much back then. When I was working in the advertising department of Ajinomoto Co. after graduating from university, the company became a major sponsor of the HRC national championship team. As part of the project drafting motorcycle graphics with the marketing head, I frequently visited circuits and became interested in motorcycle racing. Since I became a freelancer, I’ve been illustrating vehicles for advertisements, magazines, and scale model packaging—all for separate contracts,” said Kenji.

In 1994, his friend introduced him to the legendary Michikiho Aika—the late pioneer, founding force, and former head of Honda’s motorcycle racing department. By then, he was the director of the Honda Collection Hall and showed an interest in Kenji’s work, asking him to start exhibiting his pieces and selling souvenir postcards at the museum. 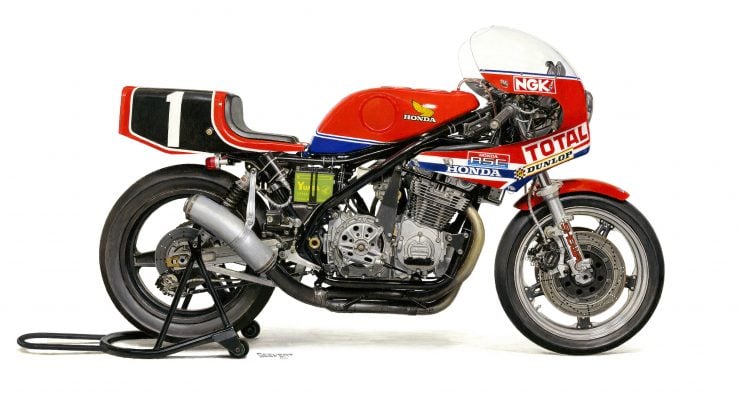 When the Honda Collection Hall moved to Twin Ring Motegi in 1998, his illustrations were used for the grand opening as well as other museum materials. This solidified Kenji Shibata’s relationship with the Japanese brand which regularly commissioned more of his work. He was even tasked with painting a portrait of Soichiro Honda.

Yamaha Motor Co. took notice and started hiring Kenji as well. He has contributed artwork to numerous official calendars and special commemorative gifts for employees and distinguished guests throughout the years, for both Honda and Yamaha. Kenji’s paintings under the name “Seevert Works” have since achieved global reach, and his prints are frequently purchased and swooned over by motoring fans from all over the world.

While Kenji doesn’t have a favorite motorcycle or era, he has a special penchant for road racers. Kenji says he’s willing to paint any vehicle for clients, granted that he’s able to photograph it himself for reference. “Currently, I’m mainly producing illustrations of endurance race vehicles,” said Kenji. When asked about his favorite commission so far, he cited Fiat Yamaha Team’s 2010 YZR-M1 Moto GP racer piloted by Jorge Lorenzo and Valentino Rossi. “I had spent the longest time making this.” 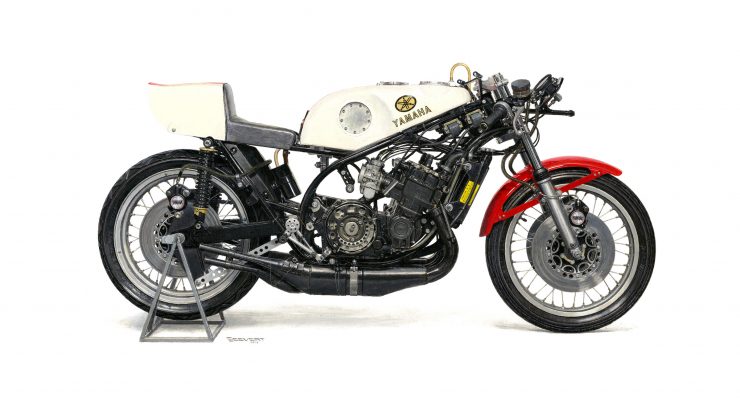 “I have no favorite part of a motorcycle that I like to paint, but I don’t like to draw regularly repeated patterns like carbon fiber materials (CFRP). The CG copy-and-paste tool isn’t an option when hand drawing, and it is extremely difficult to keep doing that vegetative work.”

“As I became far-sighted, the details I could see before now become bleary, and this is why the sizes of my original drawings are enlarged. However, they take more time to complete as they get bigger. From an economic aspect, it is a negative spiral because work efficiency has gotten worse… The fun part is the process of the art gradually reaching completion over time. The hard part is the proportion to the profit. How to make more profit is a challenge.”

A Look At The Current State Of The Japanese Motorcycle Industry

During the course of our interview, Kenji had some personal insight about the state of Japanese motorcycle enthusiasm in today’s globalized context: “Lately, motorcycle makers from India and China have been notably rising and taking over higher rankings of gross annual production, while the top four makers had always been filled by Japanese manufacturers before.” 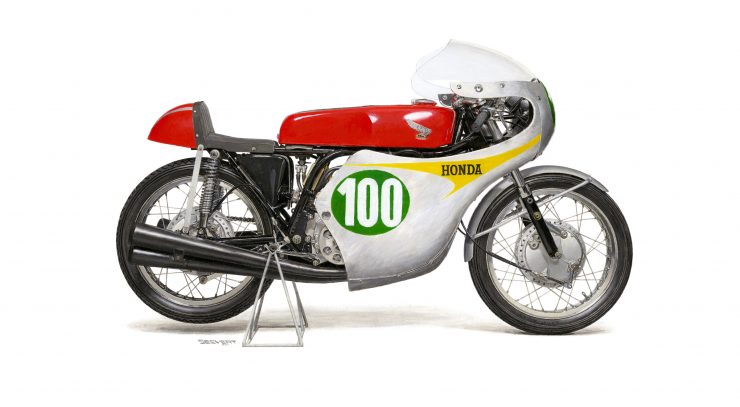 “Although it is a fact that these big four Japanese motorcycle makers have led the industry for a long time in both technology development, production, and sales since 1970, it seems to me that many Japanese motorcycle enthusiasts are not aware of the top quality and superior performance of the motorcycles that Japanese companies make, maybe because those high-quality bikes are around us everyday and taken for granted… With the production at overseas transplant factories continuously rising, the concept of domestically made motorcycles has already been changing, and such peculiar sense toward domestic motorcycles is probably going to change as well.”

Kenji Shibata has also painted a few cars, too—with just as much meticulousness as you’d expect from his caliber. While he loves painting vehicles and watching motorcycle races, he doesn’t actually ride that much. He currently has a 1974 Honda TL125 trials bike in the garage, but hasn’t run it in years, although he does fantasize about getting his hands on the all-new Super Cub C125.

Suffice it to say, we look forward to seeing what Kenji comes up with next. In the meantime, you can have your own little piece of Japanese motoring history in the form of one of his prints which can be ordered online through Seevert Works. Enjoy scrolling through his website, it’s a heart-tugging goldmine. 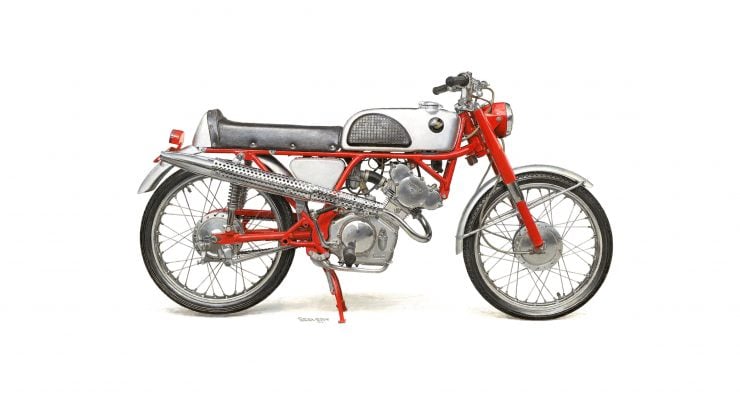 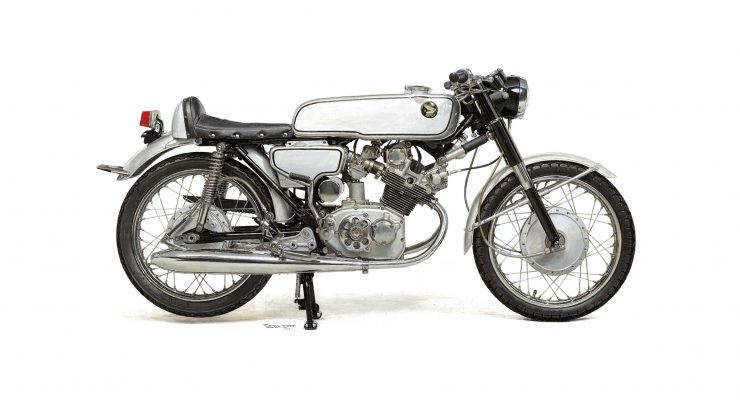 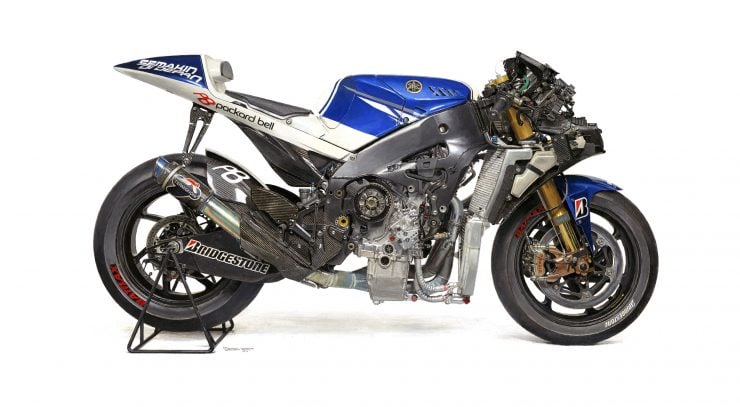 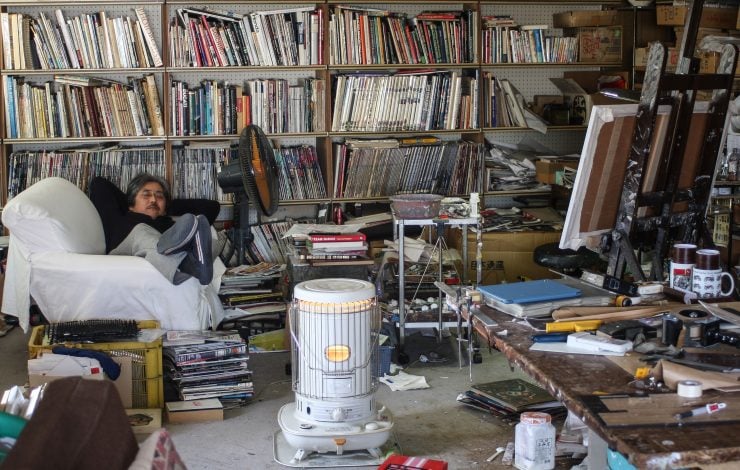 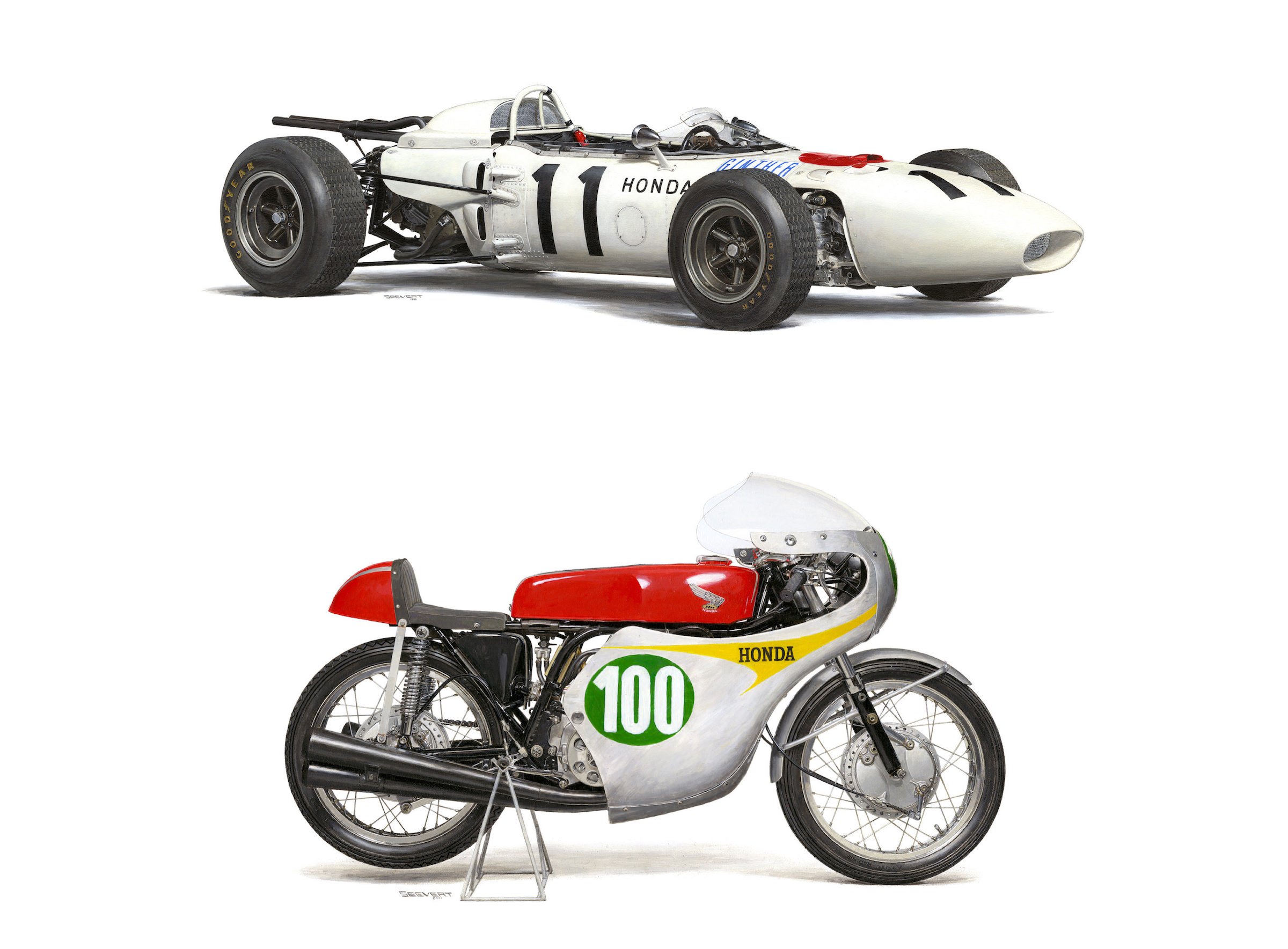 Published by Ben Branch - October 18th 2018
Related Posts
The Bimota SB3: The Fastest Production Motorcycle In The World In 1979