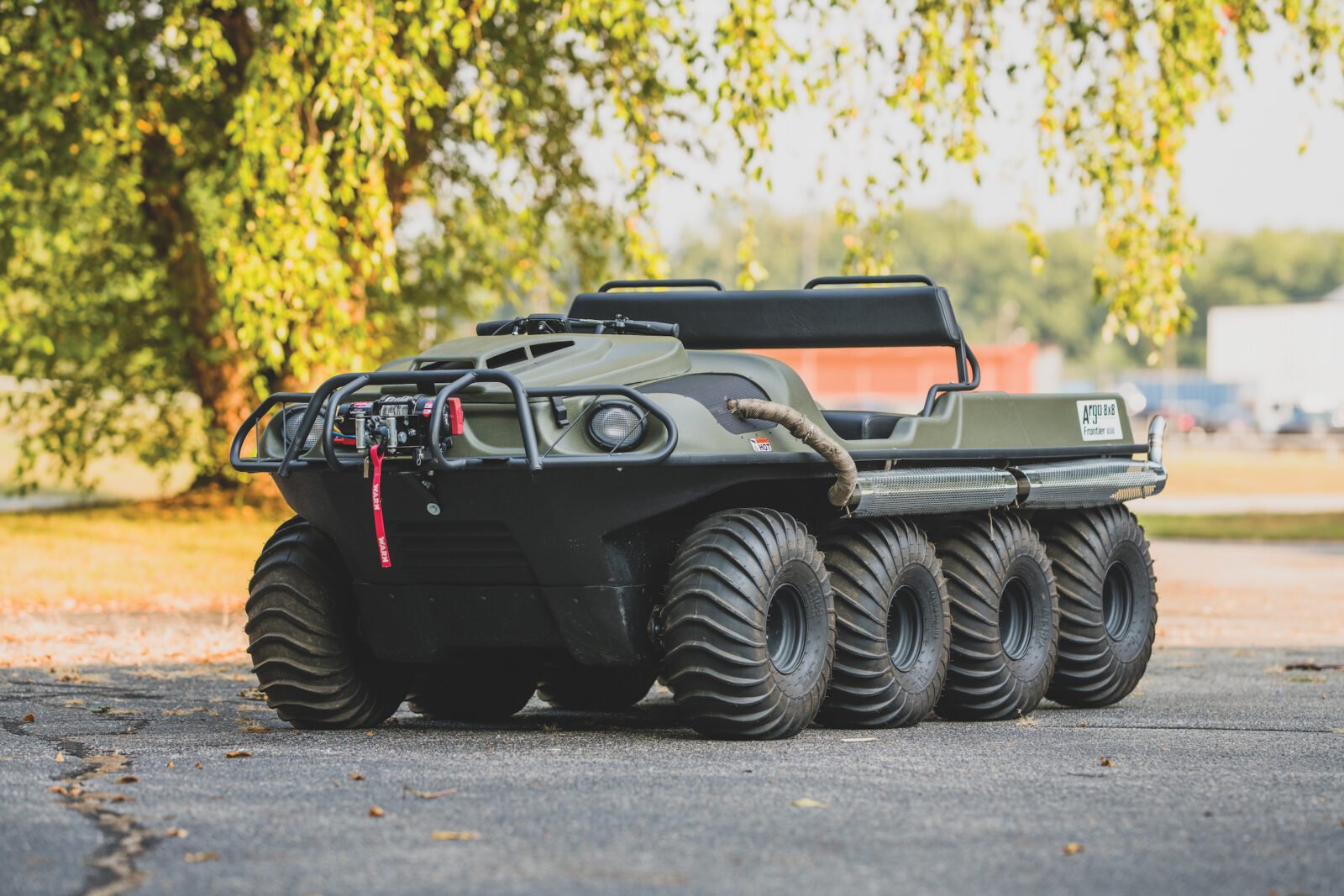 The Argo Frontier 650 8×8 is an amphibious vehicle that can carry people and cargo on both land and water, it was designed by Canadian company ODG (Ontario Drive and Gear Ltd) based in Kitchener, Ontario.

ODG has been building amphibious all-terrain vehicles since 1962, impressively they’re working with the Canadian Space Agency on developing next generation rovers for future missions to both the Moon and Mars. ODG’s Argo amphibious vehicles are used extensively by Canadian search and rescue teams, their ability to cross land, water, snow, ice, mud, and anything else you can think of makes them ideal for the remote northern Canadian wilderness.

The Argo Frontier 650 8×8 is (as the name suggests) an eight-wheel drive vehicle with a 650cc (actually 627cc) V-twin, specifically an air-cooled Briggs & Stratton Vanguard engine producing 23hp. This V-twin is mated to the Argo Generation II planetary differential transmission with high and low forward gears as well as neutral and reverse.

Above Video: An Argo promotional clip about the Frontier 650 (apologies for the low resolution).

Many Argo vehicles including the Frontier 650 feature a powered-coated formed and welded steel channel frame with a vacuum-formed, high molecular weight polyethylene body tub that also acts as a hull when in water. The tires are Carlisle 24×1-8 (610 mm) 4 ply mud and swim tires, they’re designed to provide traction on land and to propel the vehicle in water, reaching speeds of up to 3 mph (5 km/h) in water and up to 19 mph (30 km/h) on land.

Steering is accomplished in much the same way that a tank other tracked vehicle turns – the wheels on one side are braked slightly which causes the vehicle to turn in that direction. The Argo Frontier 650 8×8 has a towing capacity of 1400 lbs / 635 kgs and it can carry up to 6 people on land and 4 on water. The Frontier 650 can also be used for cargo carrying, with a capacity of 1000 lbs / 454 kgs on land and 900 lbs / 408 kgs on water.

Although Argo ATVs obviously have very specific use cases they are popular with rangers, rescue teams, ranchers, anglers, hunters, scientists and anyone else who needs to cover swathes of wild terrain while causing minimal environmental impact. 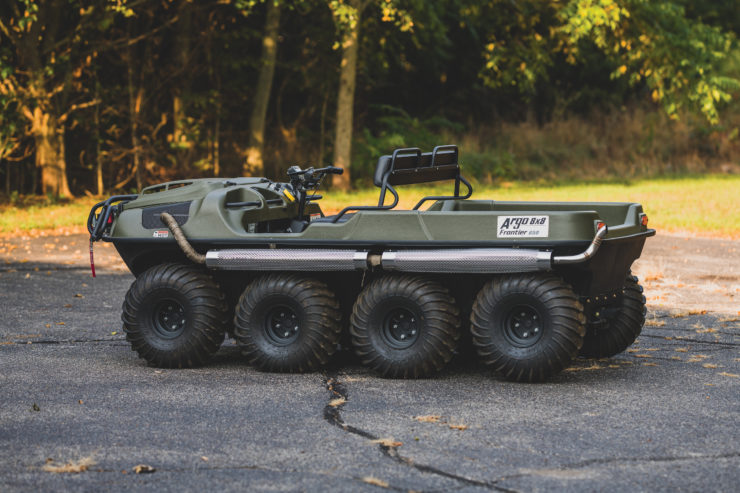 A wide variety of Argo ATVs are available, from smaller 6×6 vehicles to larger 8×8 models like the one you see here, with capacity ranging from just 2 people all the way up to 6. Due to the fact they’re not road legal they do require trailers for transportation however there are a range of these on offer also, and with a weight of just 1050 lbs / 476 kgs they can be towed by a wide variety of road vehicles.

The 2014 Argo Frontier 650 8×8 you see here has seating up front for 2 with bench seating or up to 4 in the rear cargo bay. Steering is by motorcycle-like handlebars, there’s a digital speedometer, a front bumper bar, and there’s a Warn winch fitted up front to help recover the vehicle if it should happen to get stuck.

The vehicle is due to be auctioned by RM Sotheby’s in early May as part of The Elkhart Collection in Indiana, it’s being offered with no reserve and you can click here if you’d like to read more about it or register to bid. 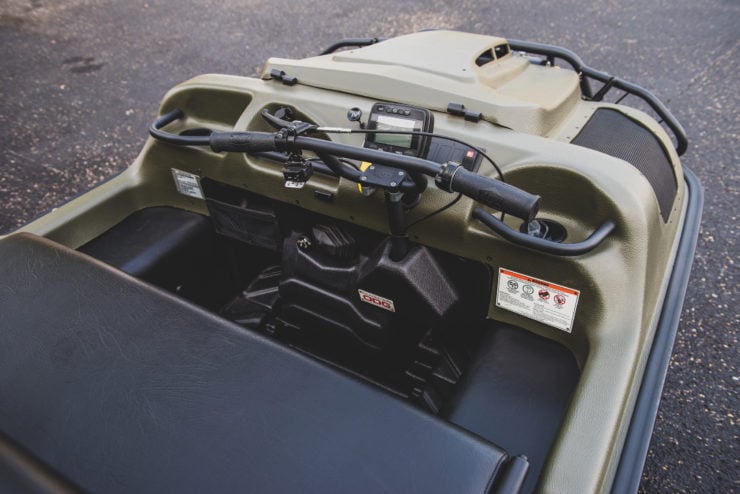 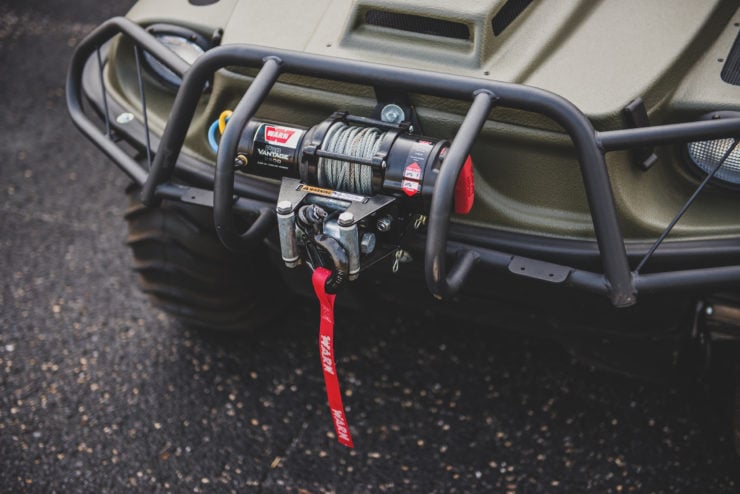 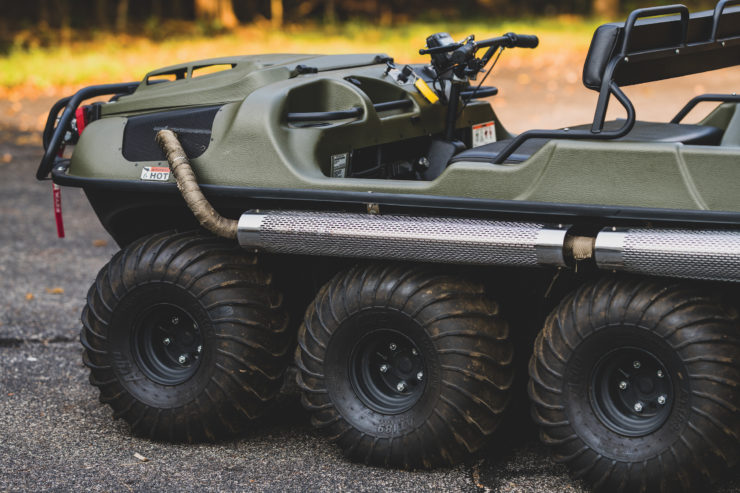 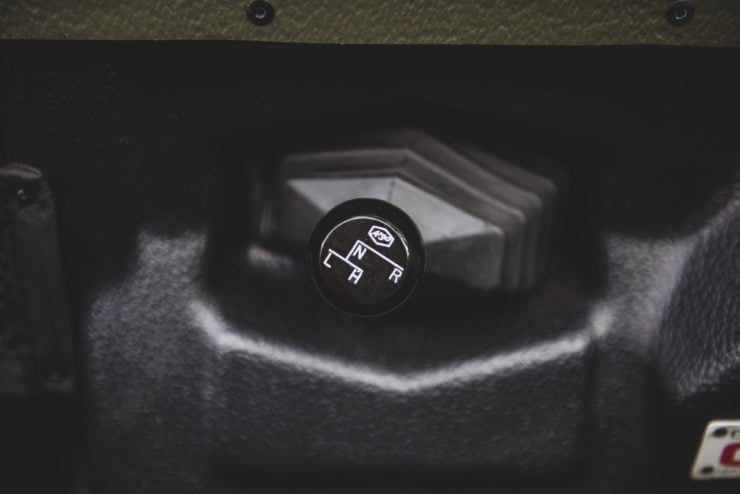 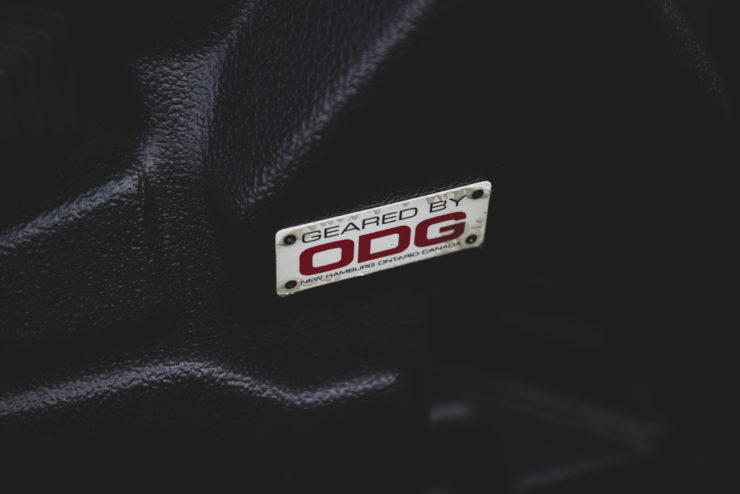 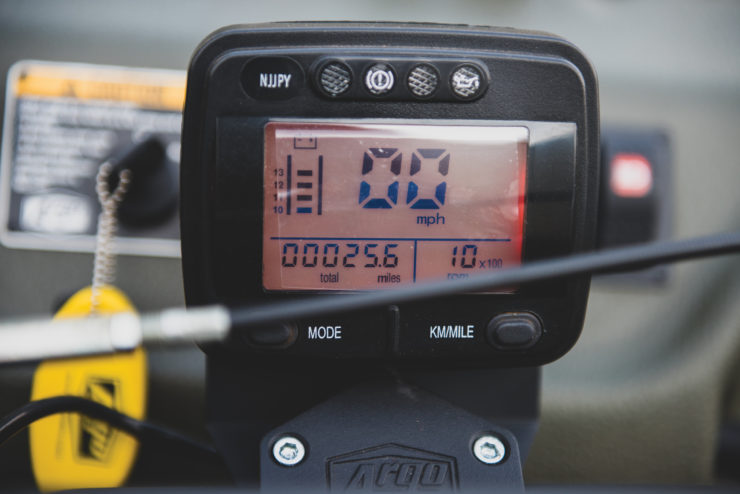 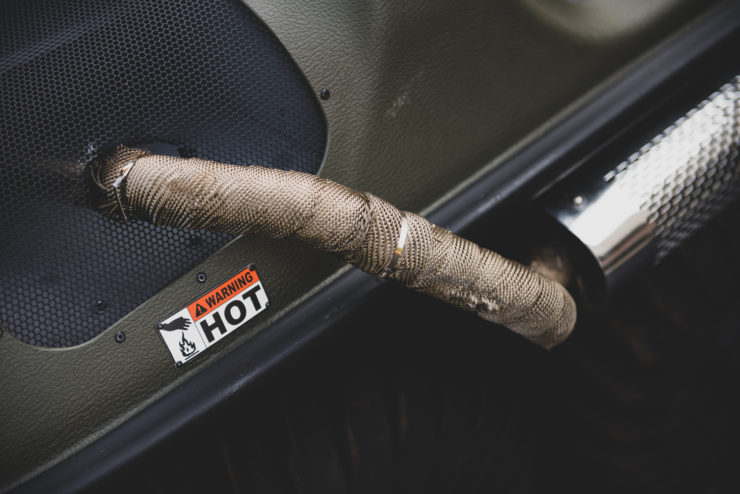 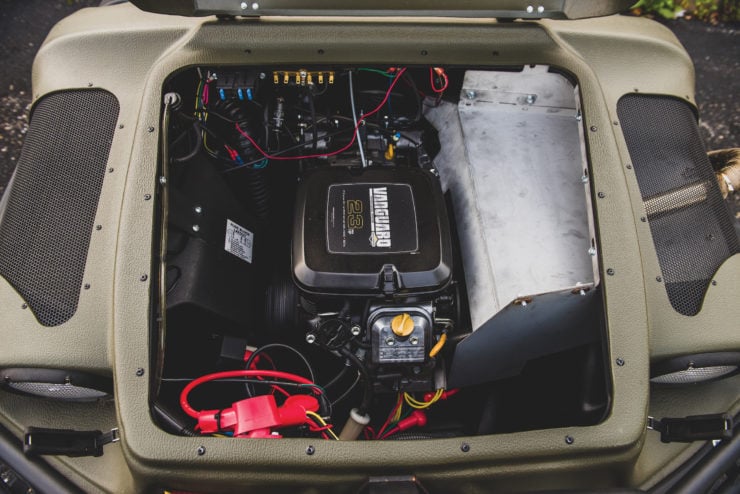 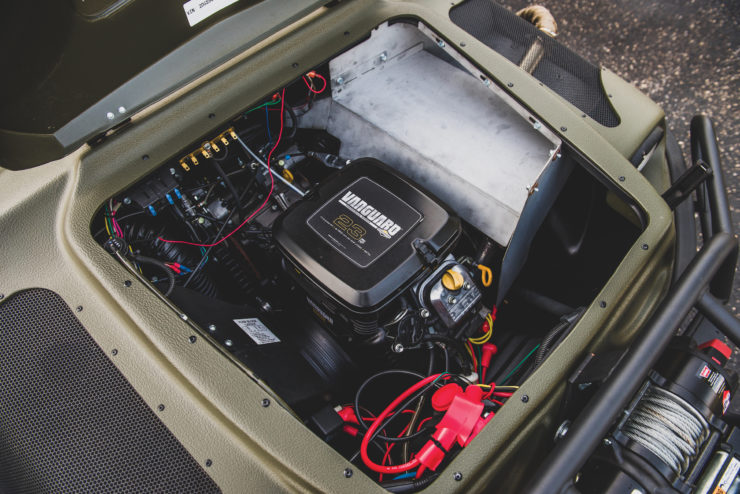 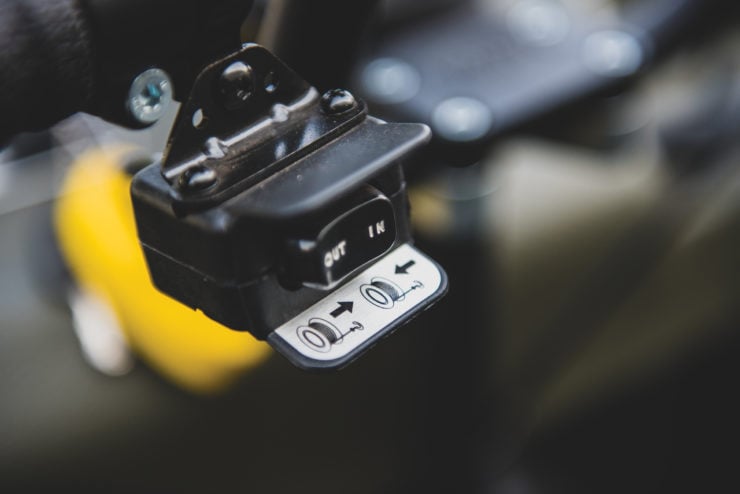 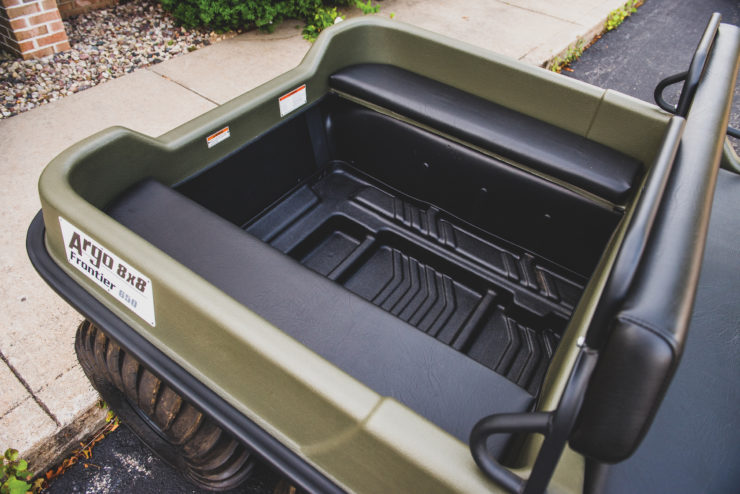 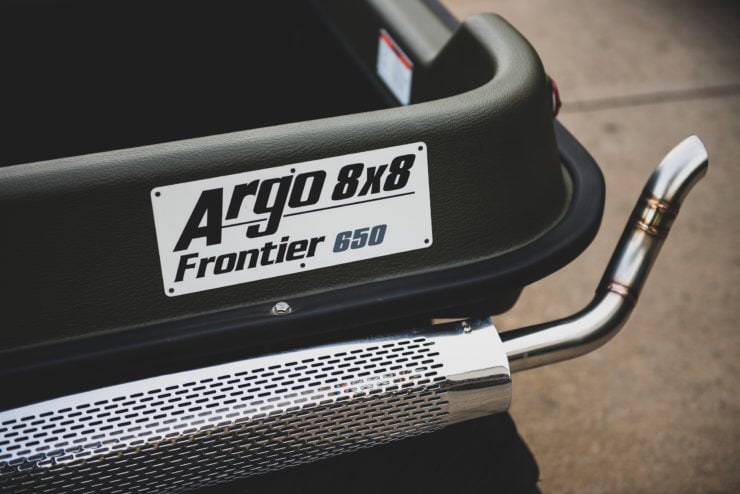 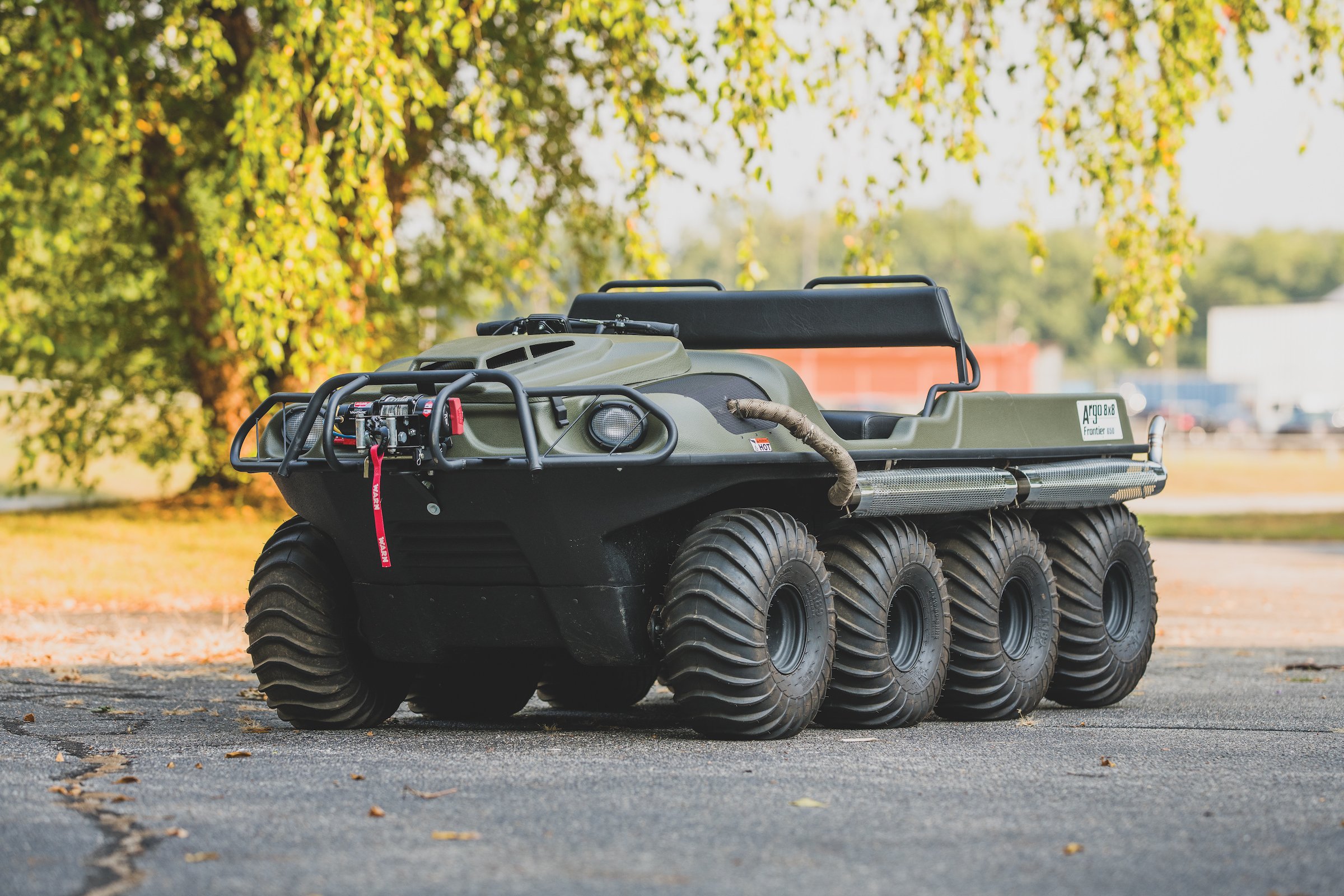