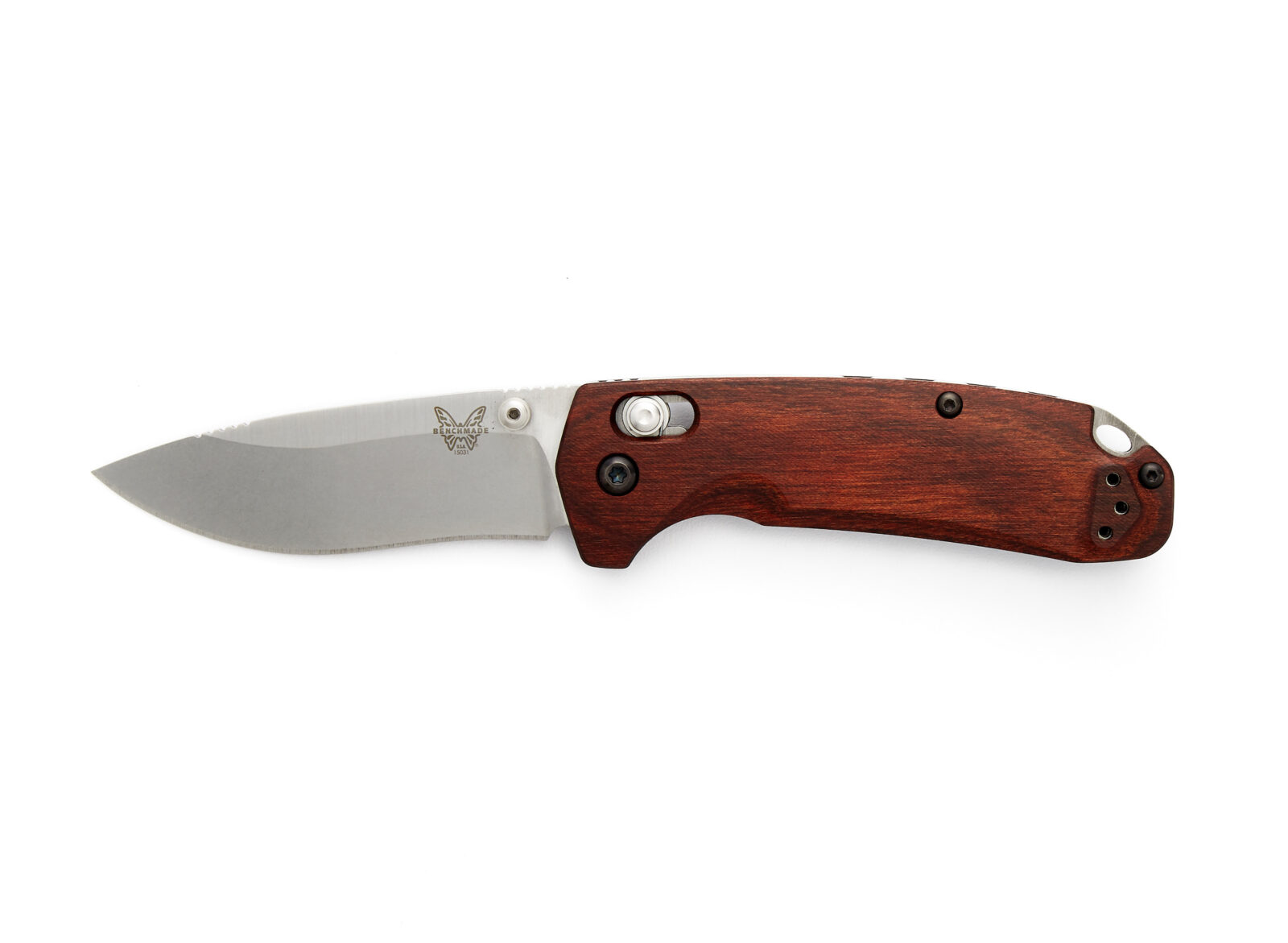 The North Fork Folder by Benchmade is a 100% American-made hunting knife built to heirloom quality at the company’s Oregon City, Oregon headquarters. Benchmade was founded in the late 1970s and has over 40 years of history making high-quality knives in the United States, the iconic butterfly logo is present on all blades made by the company.

This knife, the North Fork Folder, is made from CPM S30V steel – this is widely considered to be the best type of knife-making stainless steel in the world and it costs significantly more than standard stainless steels.

CPM S30V steel is an iron alloy that contains carbon 1.45%, chromium 14.00%, vanadium 4.00%, and molybdenum 2.00%. It’s tougher and able to be sharpened to a finer point than regular stainless steel as it contains vanadium carbides, which are harder and more effective at cutting than chromium carbides.

The North Fork Folder was developed to be a compact hunting knife that can be carried everyday, the blade length was kept to 2.97″ – just under the 3″ blade length limit in many countries for legal pocket knives. The total length is 6.98″, and the knife uses a secure AXIS lock to keep the blade safely locked open when in use.

The handle is stabilized dymondwood and the knife has a lanyard hole so it can be carried on a bag or otherwise secured.

The back of the handle has a steel clip, this allows the bag to be secured for travel or clipped to a belt, it can also be used as a money clip for a few folded bills and cards. 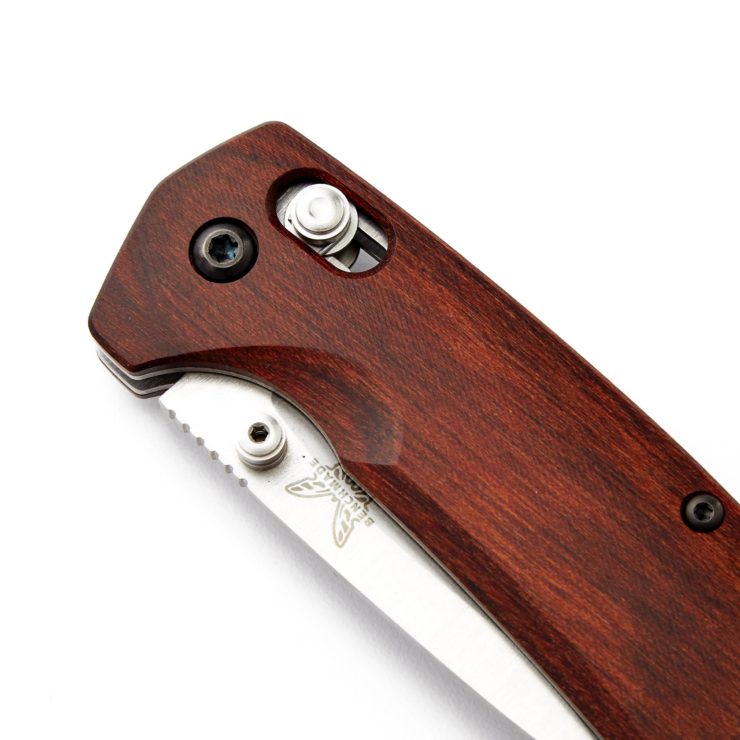 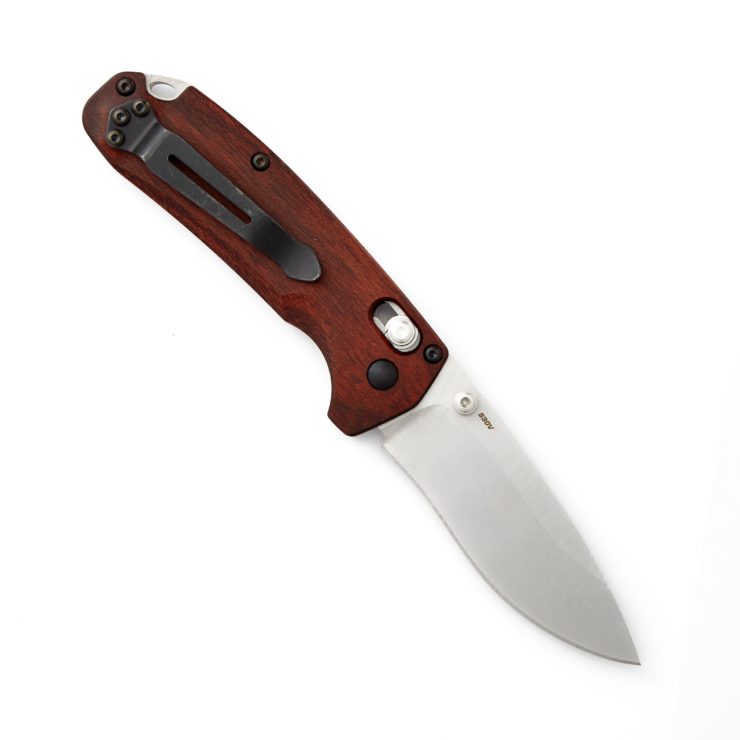 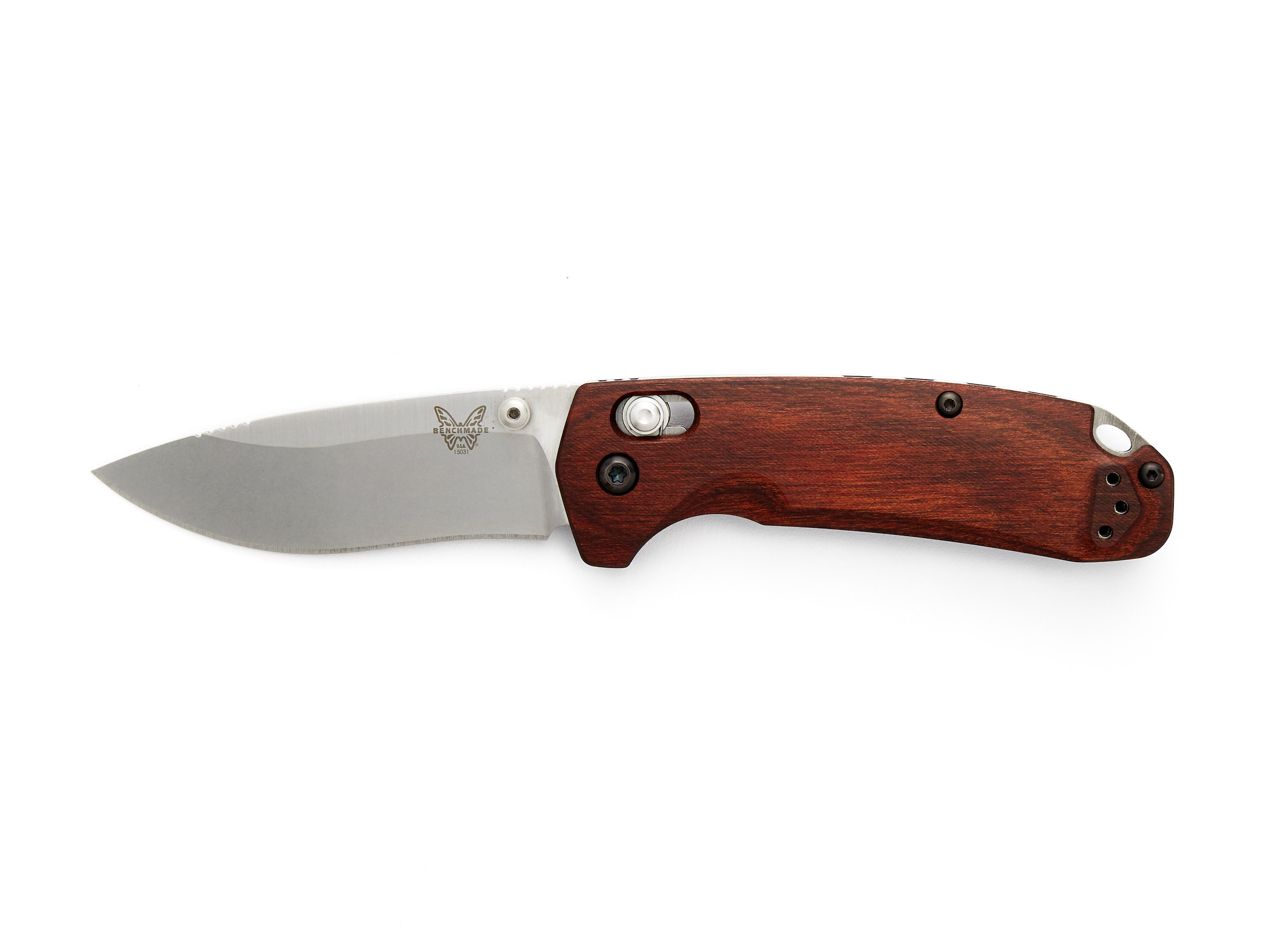