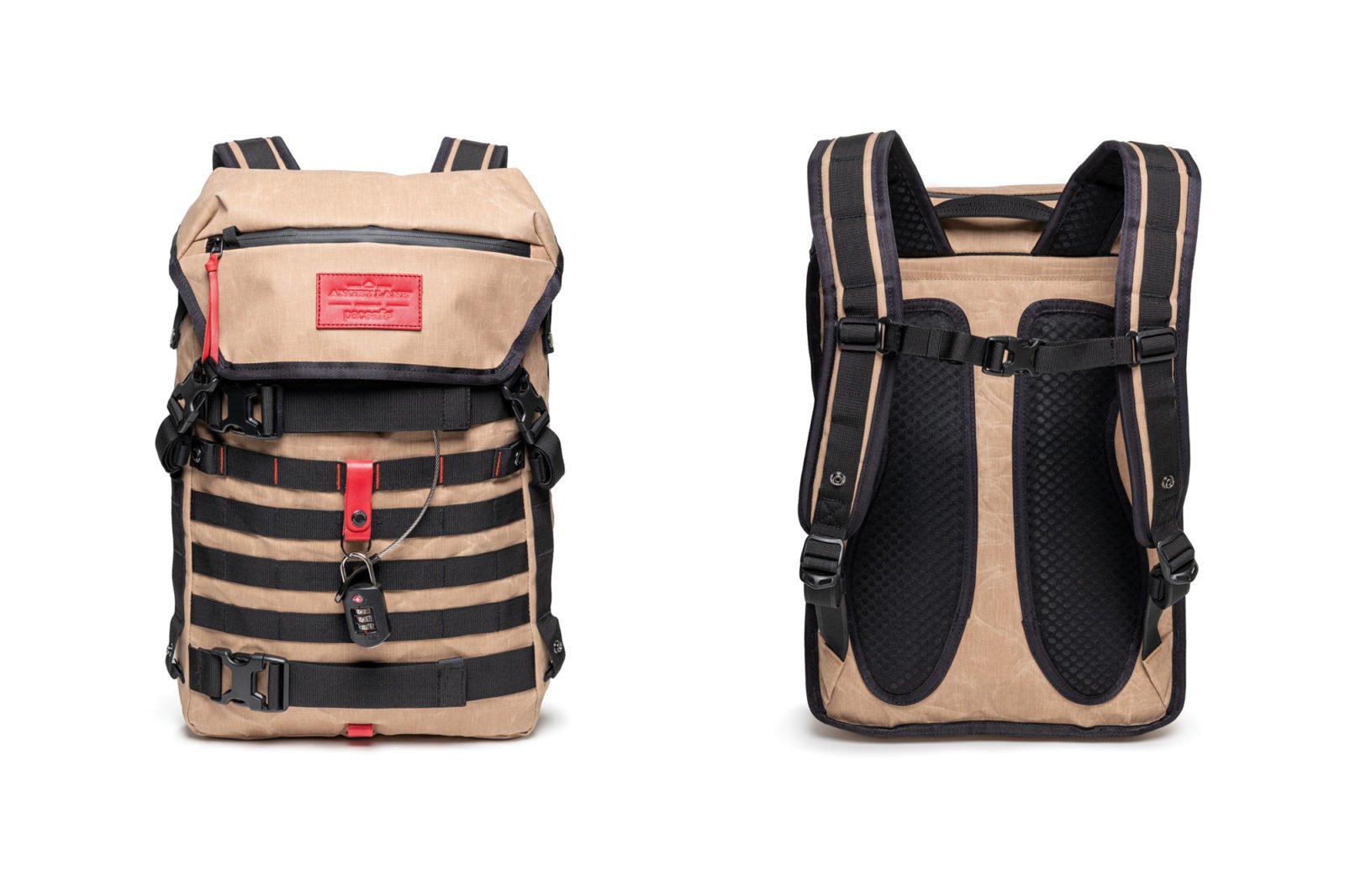 This is the new Angry Lane Rider Daypack in the coyote color scheme, it’s limited to just 50 units and like the original Rider Daypack it incorporates anti-theft Pacsafe Technology™ – a slash proof wire mesh between the inner and outer layers to keep your gear secure.

Angry Lane was founded by French brothers Ben and G back in 2012. The name came about after a misunderstanding when talking about the early days of cafe racers in London, and about them racing down Hanger Lane. Due to his French accent, it sounded like “Angry Lane” and the name of the brand was born.

Ben and G have been riding motorcycles since their father brought home a secondhand 1982 Yamaha PW50 when they were 6 and 9 years old. The two have been riding ever since, in 2012 they turned professional in the related fields of custom motorcycle building and motorcycle gear design and manufacturing. 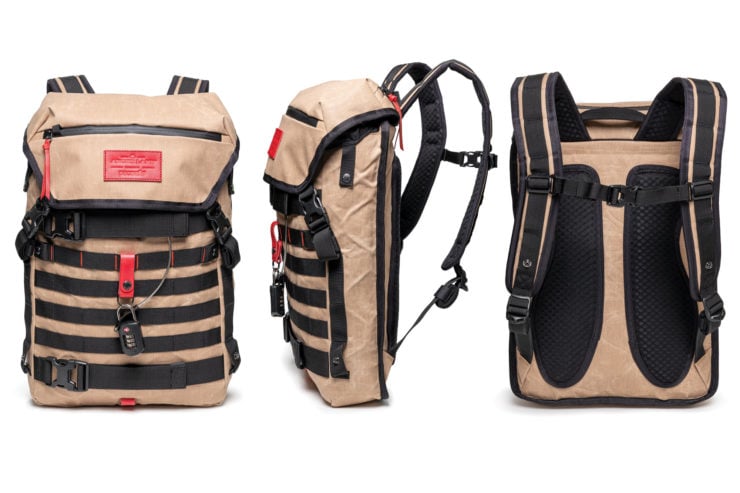 Just 50 of these will be made, they’re designed for use by motorcyclists which is why the webbing straps have Velcro – to avoid flapping around when you’re on the highway.

The Angry Lane Rider Daypack was developed by Ben and G specifically for motorcycle ands travel use. They integrated patented anti-theft Pacsafe Technology™ into the bag, and they used 100% recycled polyester 300D x 600D for the outer shell.

The outside of the bag uses the MOLLE webbing system so you can attach accessories when needed, and it has an RFIDsafe™ blocking pocket (10Mhz – 3Ghz) inside. Thanks to its padded straps and back panel the bag can be comfortably worn all day and it has a volume of 15 liters.

As mentioned above, the Rider Daypack is limited to just 50 units in this colorway, and you can choose which number you want should you have a favorite, and it’ll be printed on the front of the bag in the lower right corner. 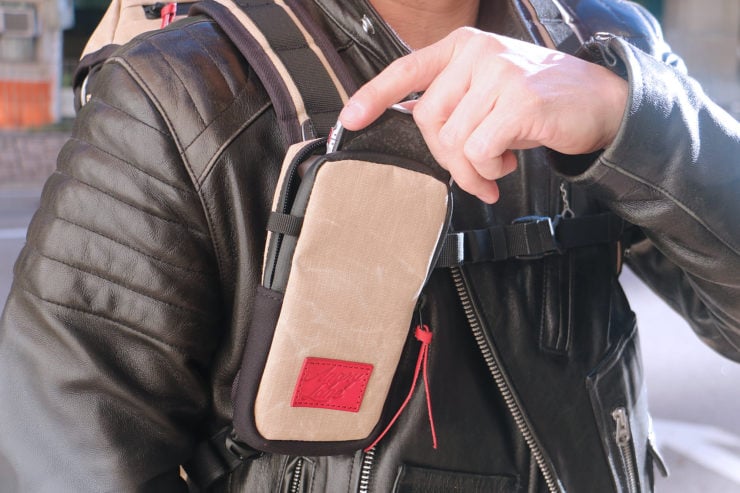 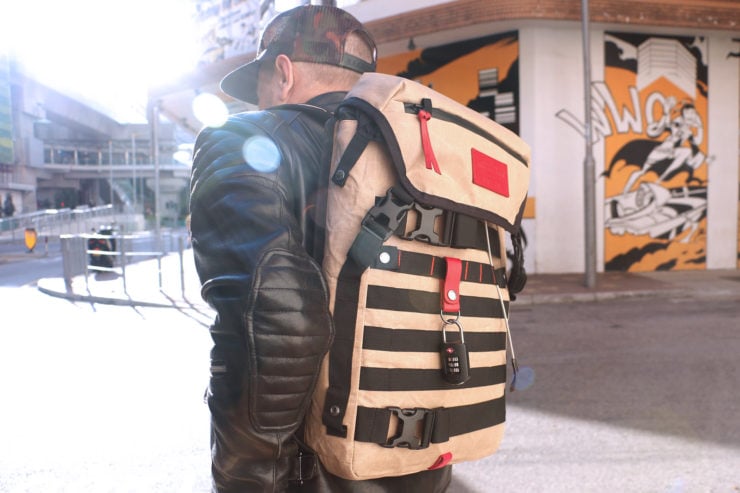