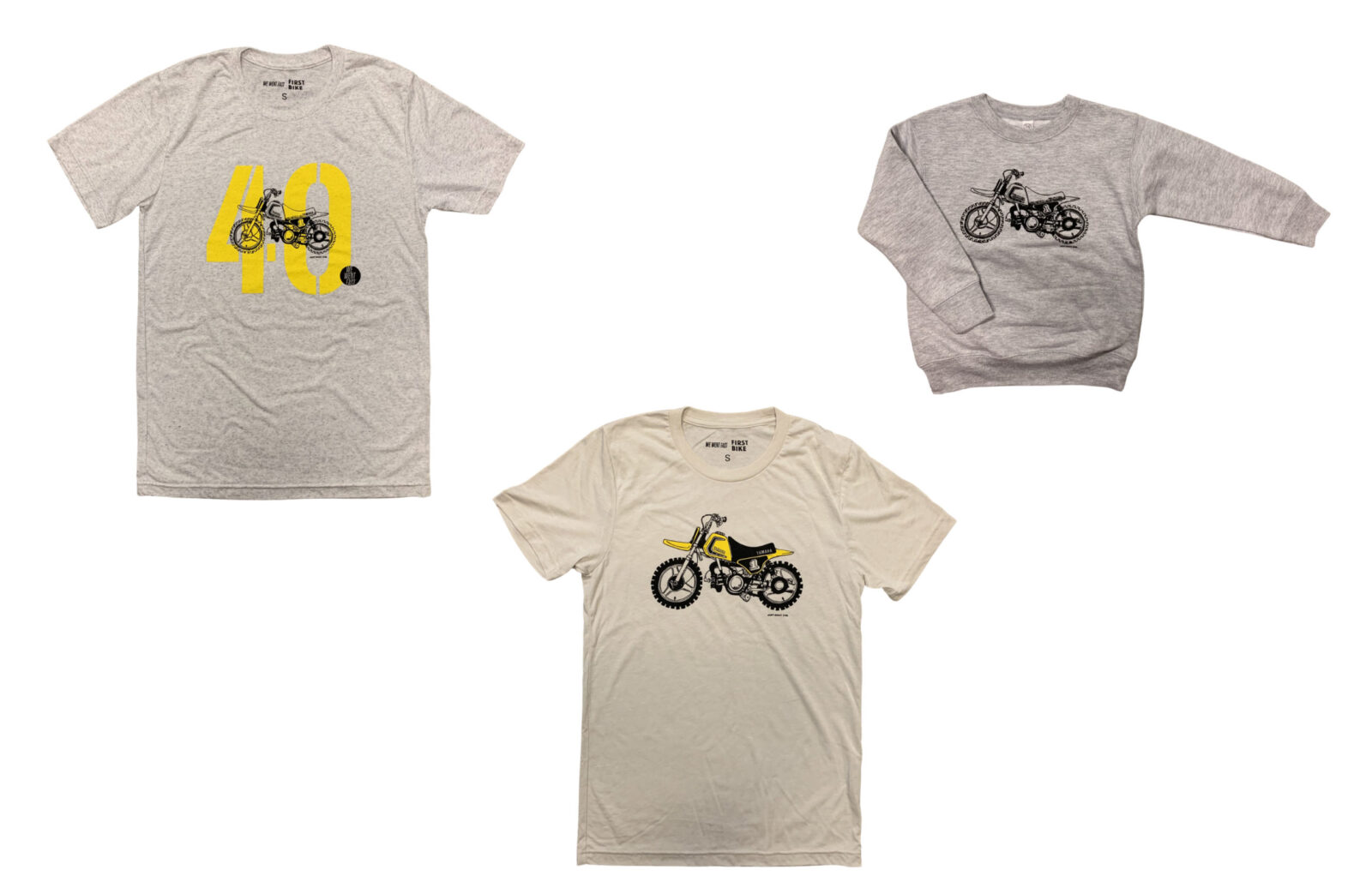 This is the new three piece apparel collection by the team at We Went Fast, it celebrates the mighty little Yamaha PW50 on its 40th anniversary.

The PW50 is a motorcycle that needs no introduction, many motorcyclists had a PW50 as their first bike and as a result they possess no small amount of sentimental attachment to them.

Yamaha first released the PW50 in 1980, they sold almost 400,000 units over the model’s 40 year run, receiving only minor changes over the years.

This apparel collection includes two adult t-shirts and a children’s sweatshirt. The illustrations were done by veteran motorcycle cartoonist Curt Evans and they’re printed on Airlume combed and ring-spun cotton blend t-shirts. The apparel was developed to accompany “The Little Giant – The PW50 Story” on We Went Fast, you can click below to visit the website.

“Was the PW50 your first bike? It was for me! “Little Giant: The PW50 Story” celebrates the life and legacy of this iconic motorcycle, which turned 40 in 2020. It may have aged but it hasn’t grown up. The Yamaha PW50 is a familiar piece of our childhood that we’re passing along to our own kids.” – excerpt from We Went Fast