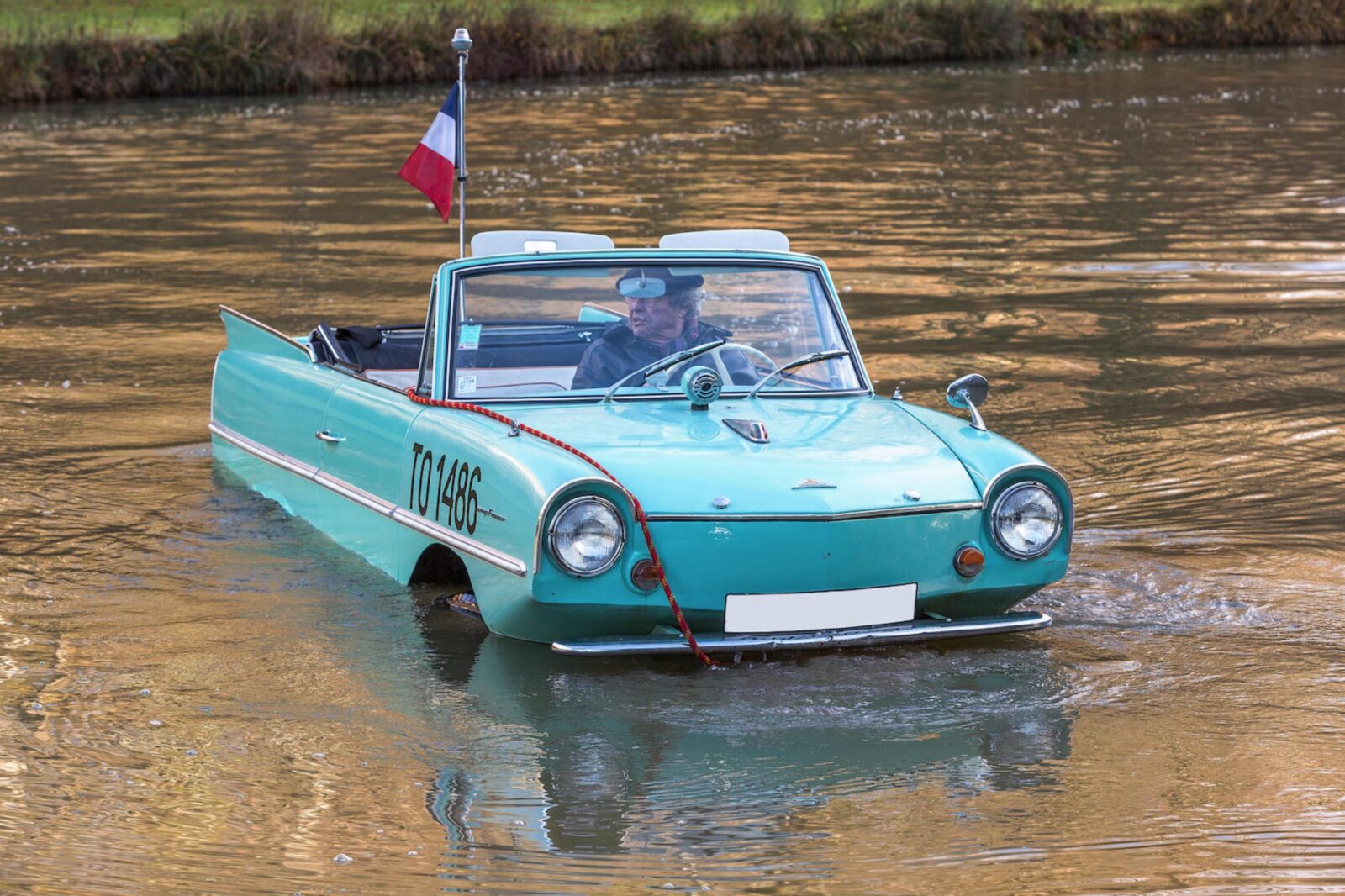 The Amphicar is a 100% amphibious car built by the Germans in the 1960s, and lovingly described by their owners as “the fastest car on the water and the fastest boat on the road”. This joke is a reference to the somewhat stately 7 mph top speed on water and 70 mph top speed on land – hence the name “770”.

The Designs the Amphicar

The design of the Amphicar was based on lessons learned in Germany from the aptly named Volkswagen Schwimmwagen, a WWII era amphibious car designed by Erwin Komenda – a man who would later design the Porsche 356 and Porsche 550 Spyder alongside Ferry Porsche.

Hans Trippel became fascinated with the Schwimmwagen and believed fervently that there would be a large market for an amphibious “fun” car in the United States. This turned out to be incorrect, but fortunately he didn’t know this at the time, and as a result we now have a few thousand Amphicars dotted around the world. 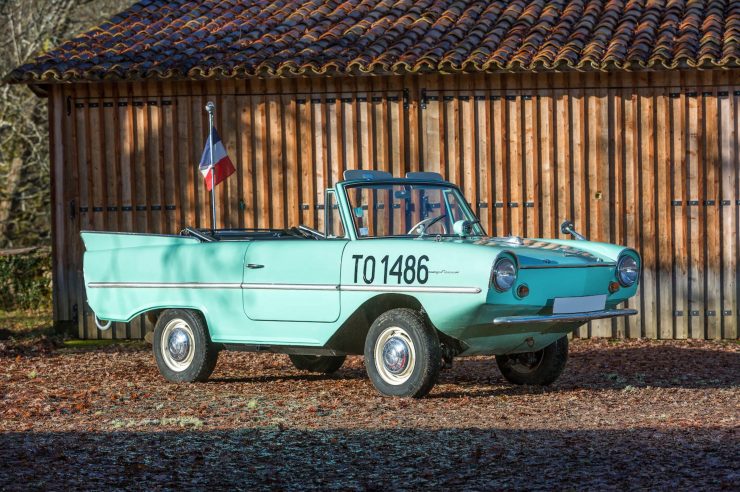 The Engineering of the Amphicar

Trippel developed the Amphicar with a steel unibody design, a folding soft top, two doors, a rear mounted engine, and twin propellers. The nose of the car needed to be rather boat like for hydrodynamic reasons, but also to ensure it would clear a boat ramp when driving out of the water.

A series of engines were tested in the Amphicar, and the best suited turned out to be a British design, not German. The little 1,147cc inline-4 from the Triumph Herald fit neatly into the engine compartment, and could produce 43 hp that was sent either to the wheels or to the propellers.

Rather than adding the complexity of rudders, steering is achieved using the front two wheels in exactly the same way that the car steers on land. This does work, though rather slowly, so some forethought needs to go into turning when out on the water.

The Amphicar In Popular Culture

The Amphicar launched at the 1961 New York Auto Show to much fanfare. Breathless newspaper articles wondered if it represented the future of all cars, and some even wondered if cars with fold out wings would be next – so people could fly themselves to work and avoid traffic.

In September 1965 a pair of Amphicars crossed the English Channel from France to England, tackling waves that were reported to be 20 feet high and gale force winds in the process. In the same year two other Amphicars would navigate the Yukon River in Alaska – proving conclusively that the little floating car was nothing if not hardy.

The most famous owner was doubtless US President Lyndon B. Johnson, who used to delight in terrifying his passengers on his ranch in Texas, by rolling down a hillside into a lake while yelling something about his brakes not working.

Sadly, the Amphicar didn’t sell particularly well. The manufacturers in West Germany had estimated that sales would be in the order of 20,000 per year, but by the end of production just 3,878 had been sold worldwide. 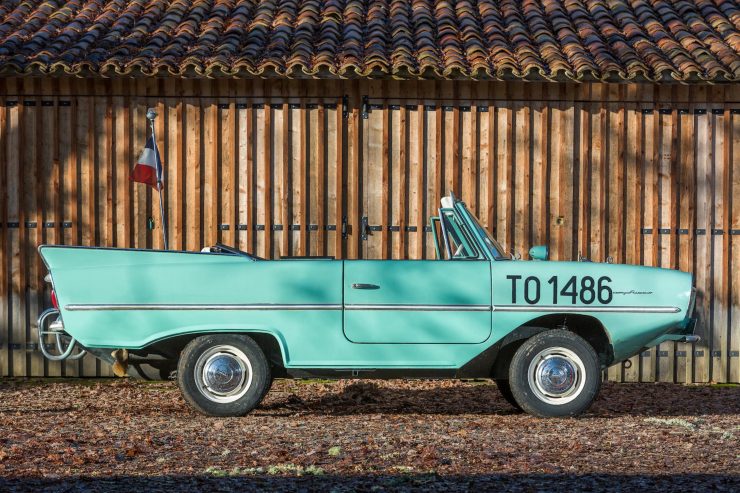 The Amphicar you see here is currently residing in France, and it carries a French Carte Grise (a certificate to sail), meaning it can legally be piloted up almost any waterway in the country.

It’s recently been fitted with a new soft top, it had some recent work done on waterproofing the body, and it comes with invoices totaling almost €8,000.

Although only a few thousand were produced, there’s a thriving community of Amphicar owners around the world. Providing an invaluable resource for acquiring parts and advice, and swapping tips and tricks. 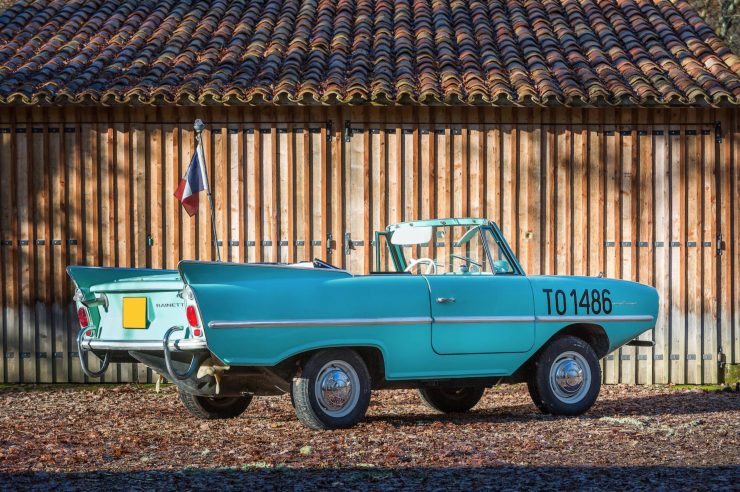 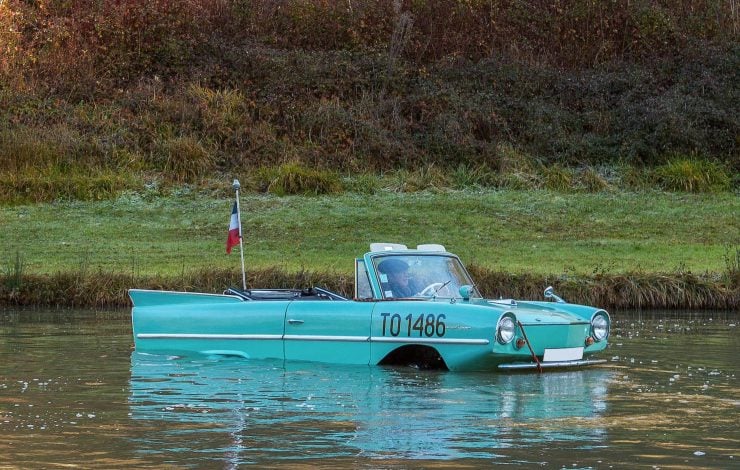 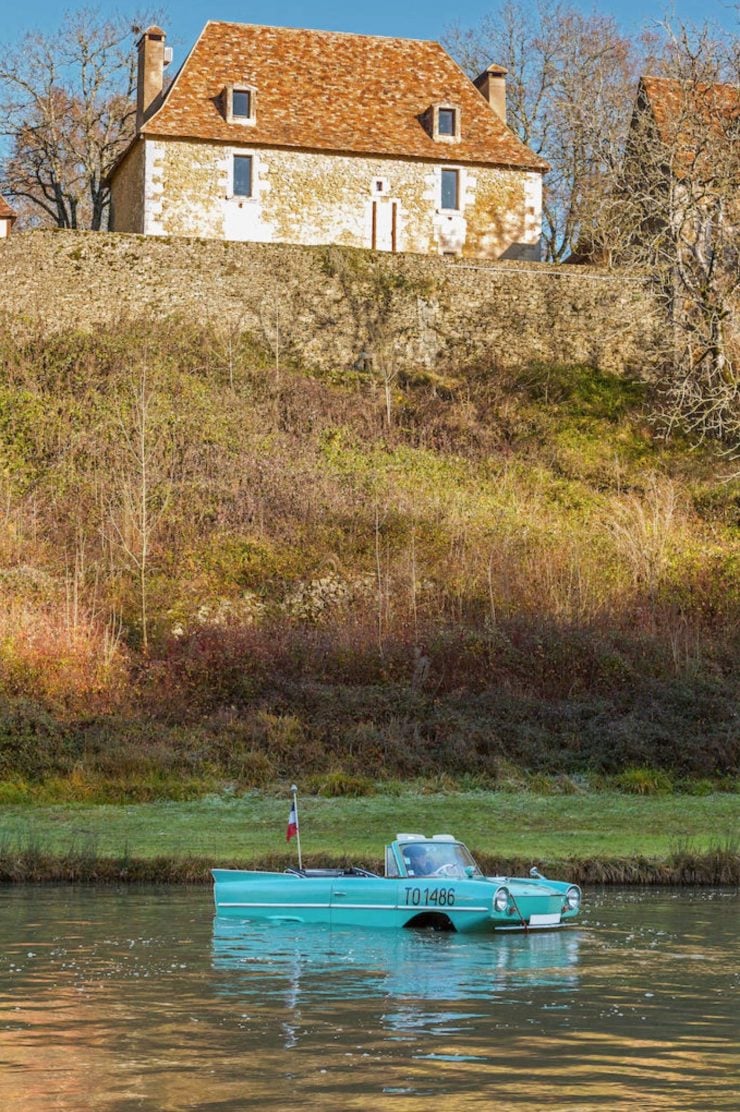 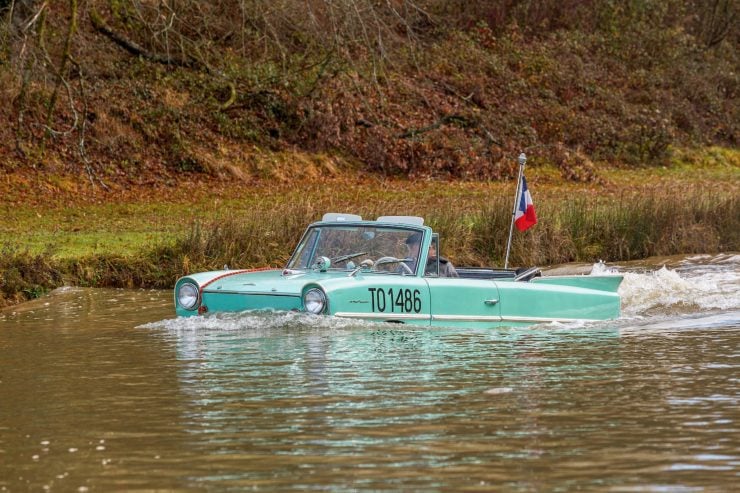 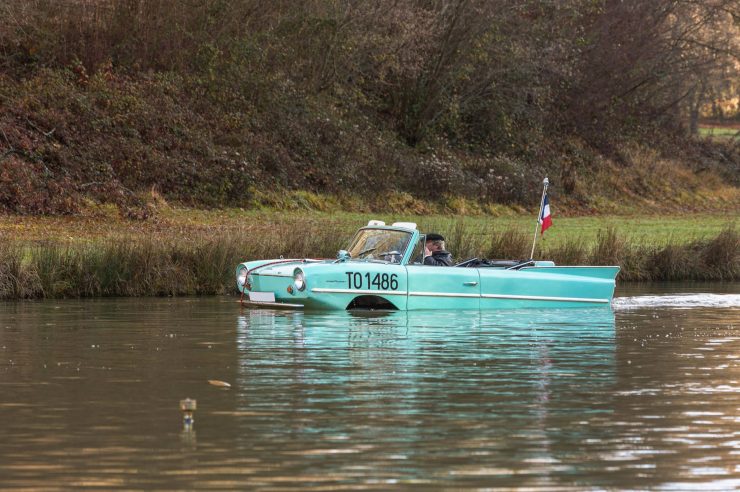 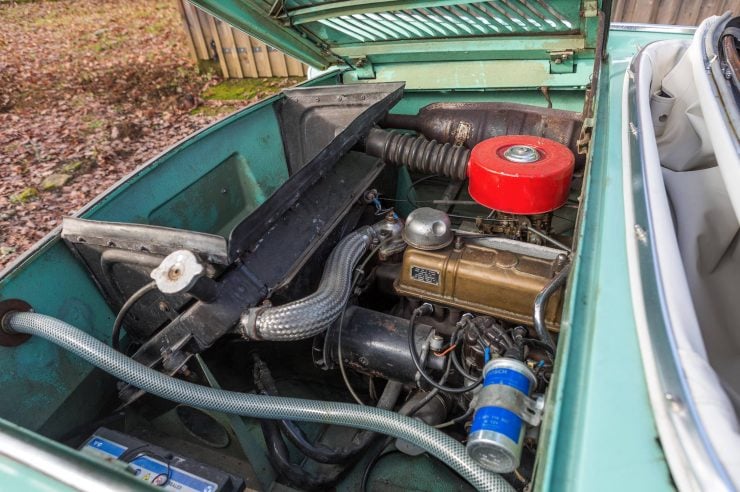 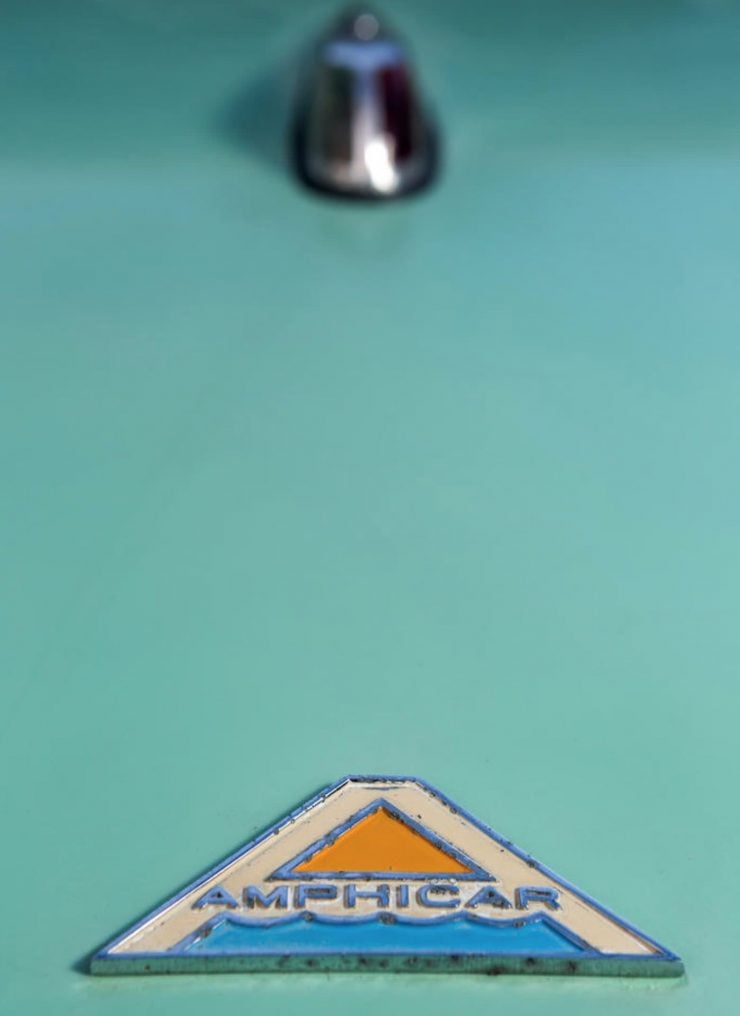 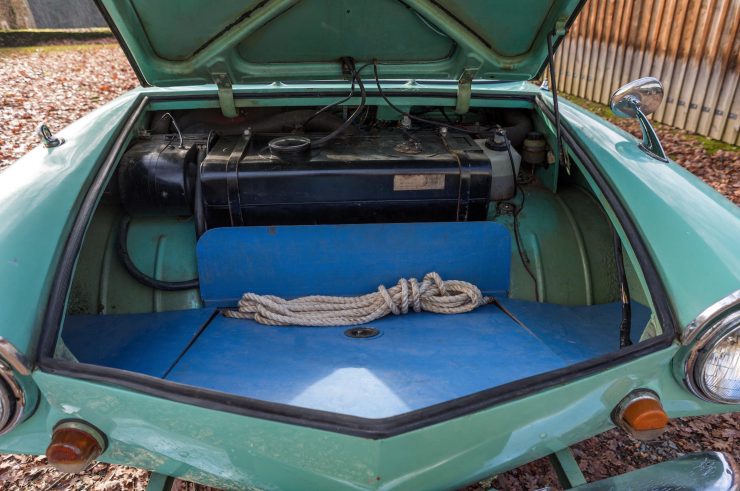 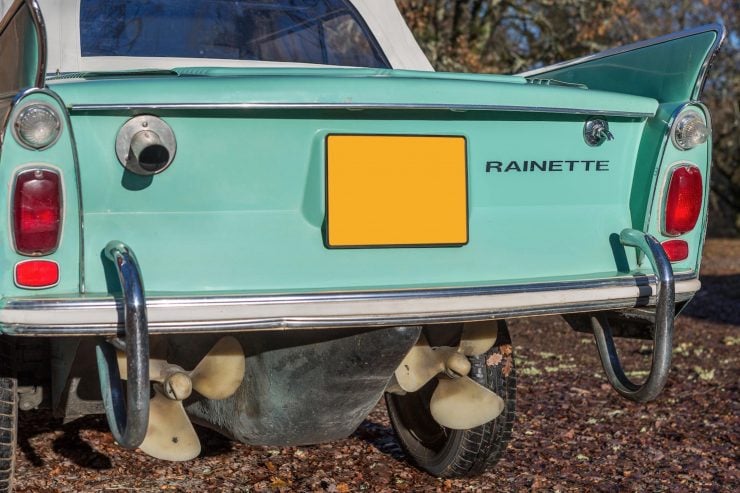 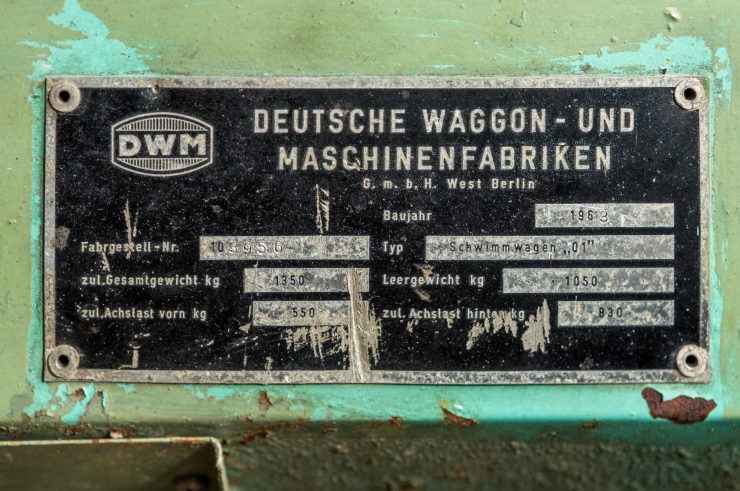 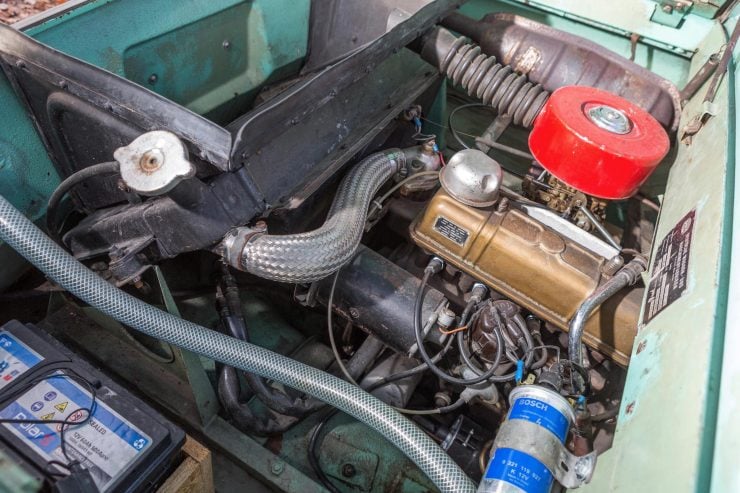 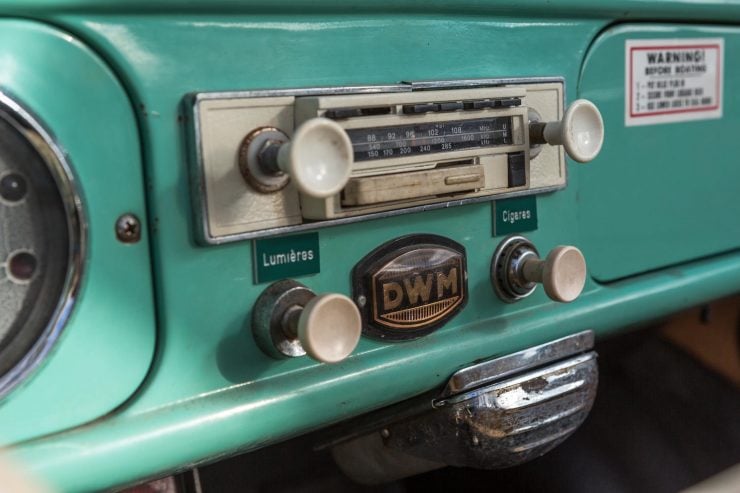 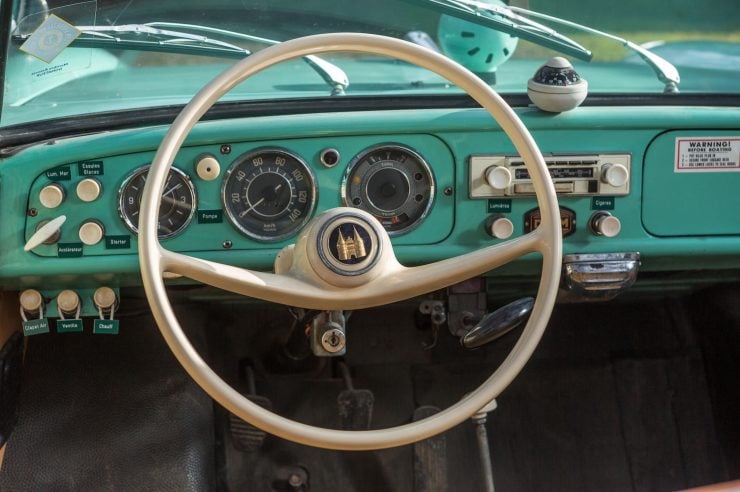 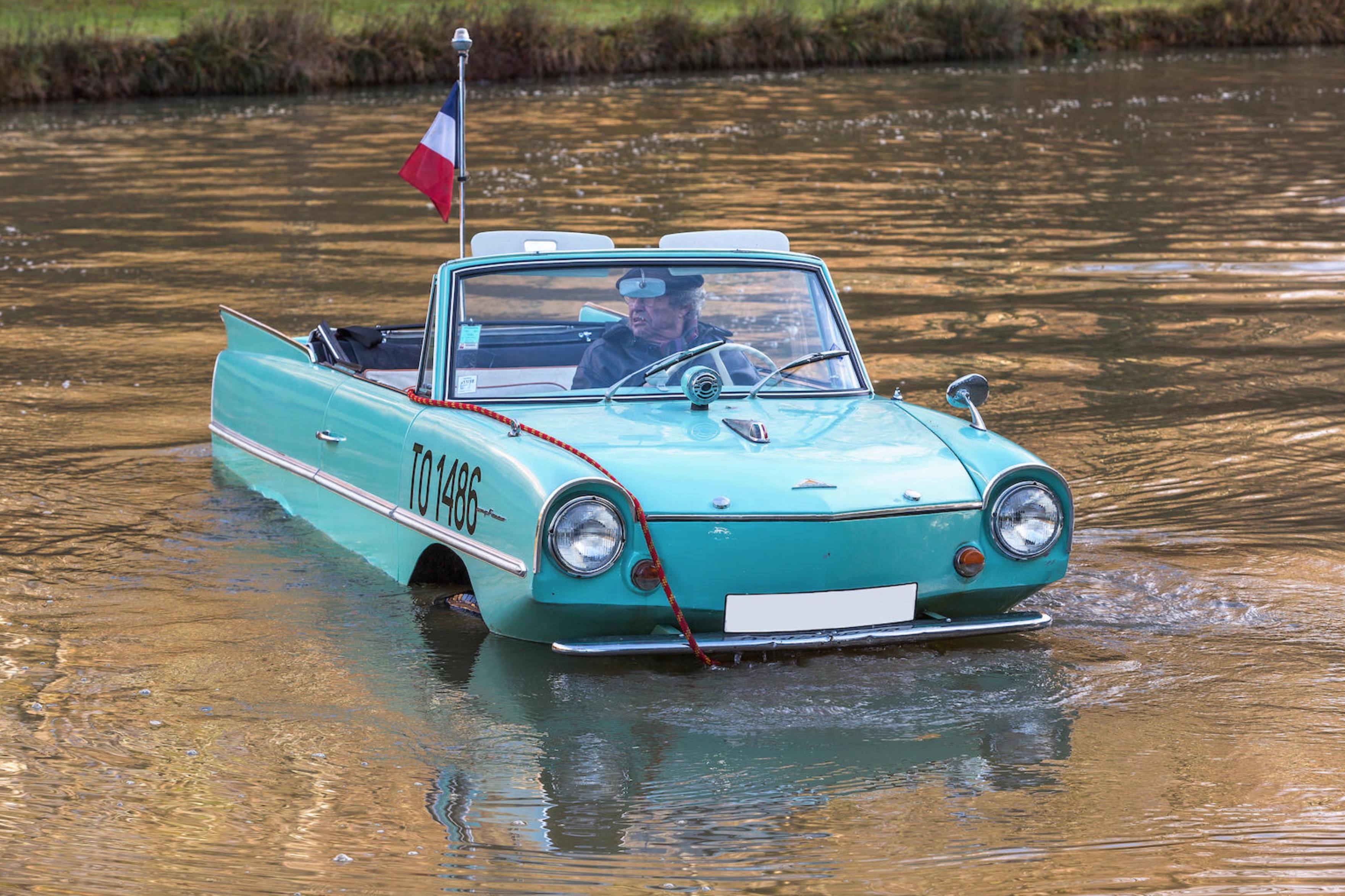