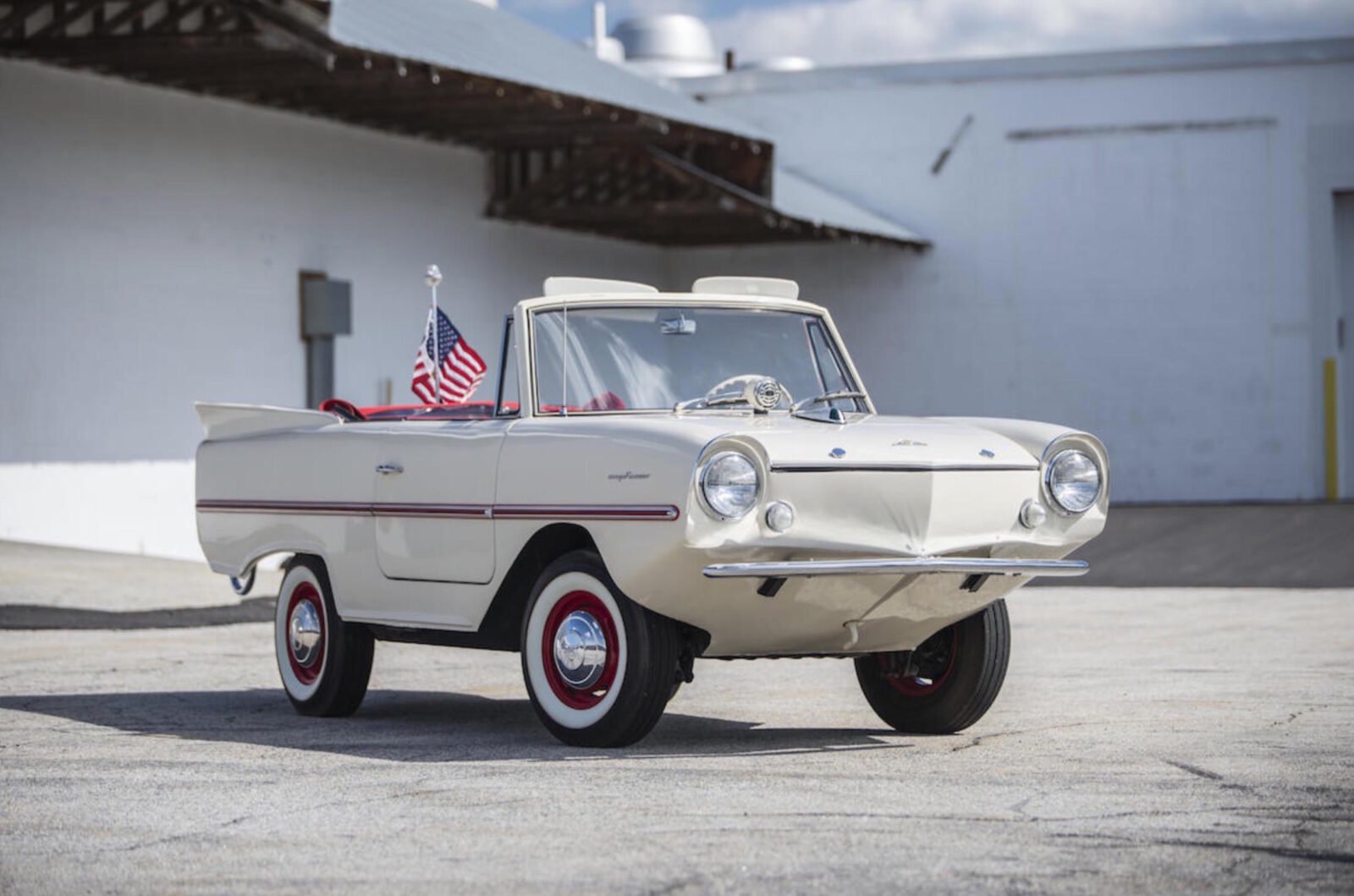 The Amphicar holds the distinction of being one of history’s most successful amphibious cars, despite the fact that it was a bit of a sales disappointment when it was released in 1961. Initially estimates had put the anticipated sales figures close to 20,000 units per year but by the time production ceased in 1968 just under 4,000 had been built – mostly for American customers.

The most famous Amphicar owner was undoubtably President Lyndon B. Johnson, he liked to play a prank on visitors to his ranch whereby he would offer to take them on a tour of the property. After everyone was seated in the Amphicar he would loudly feign brake failure as it rolled down a hill into a lake, then roar with laughter at the terrified faces of his passengers as he engaged the propellers and set out across the lake.

From a performance perspective, the little Amphicar left a lot to be desired. On the road it could just about manage 70 mph and on water it would hit 7 knots with a tailwind, owners can often be heard saying something along the lines of “We like to think of it as the fastest car on the water and fastest boat on the road” – which is probably the perfect way of phrasing it.

The design of the Model 770 was based on the WWII-era Volkswagen Schwimmwagen – both were designed by Hanns Triple. They were built in West Germany using the then-modern British Triumph Herald 1200 engine, a 1147cc inline-4 with approximately 43 hp and a 4-speed all-synchromesh manual gearbox. Power was sent to either the rear wheels or the twin rear propellers and steering was accomplished using the front wheels – both in water and out.

The Amphicar you see here went through a ground up restoration in 2008 by world-renowned expert Roger Sallee. It’s now being offered for sale in pristine condition, it’ll be crossing the auction block with Bonhams and the estimated value is between $60,000 USD and $80,000 USD. If you’d like to read more or register to bid you can click here. 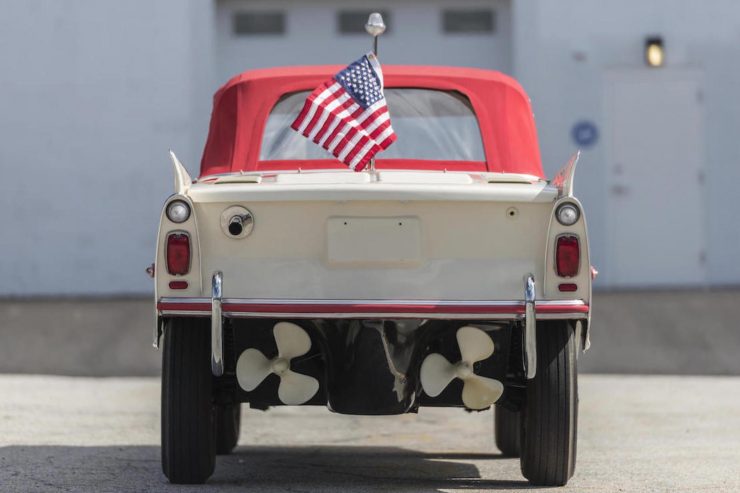 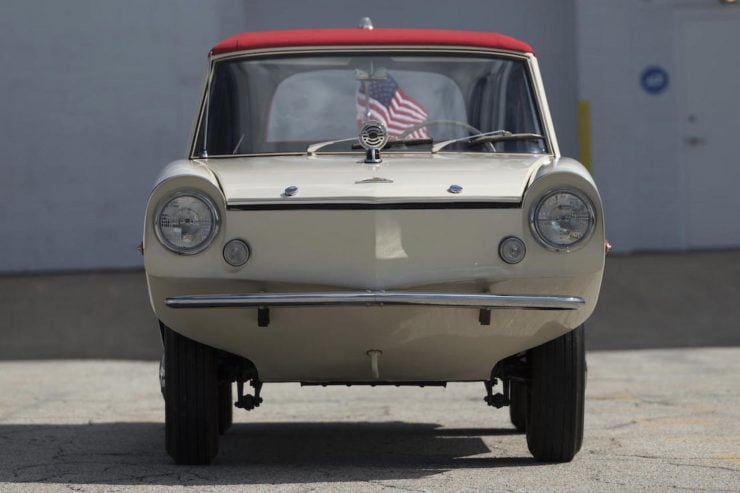 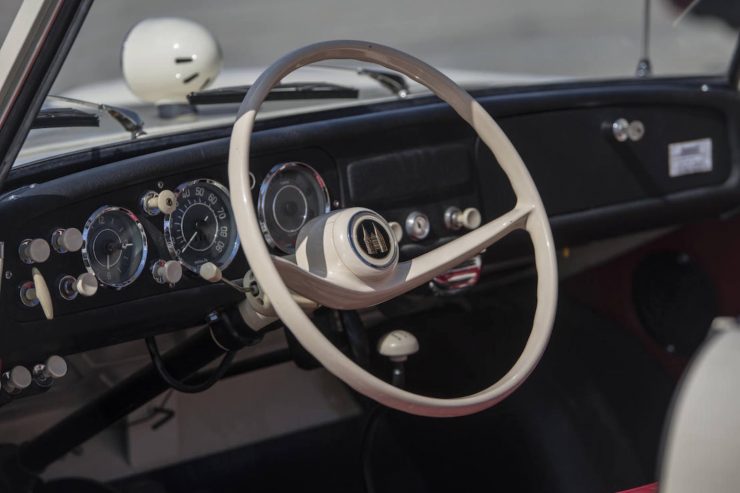 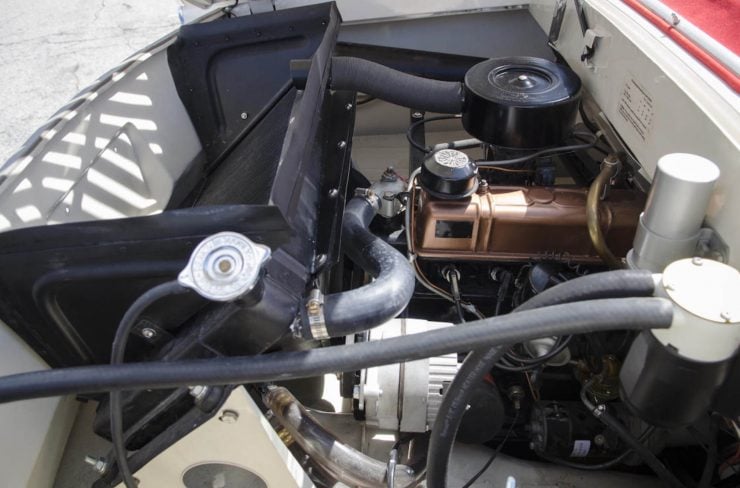 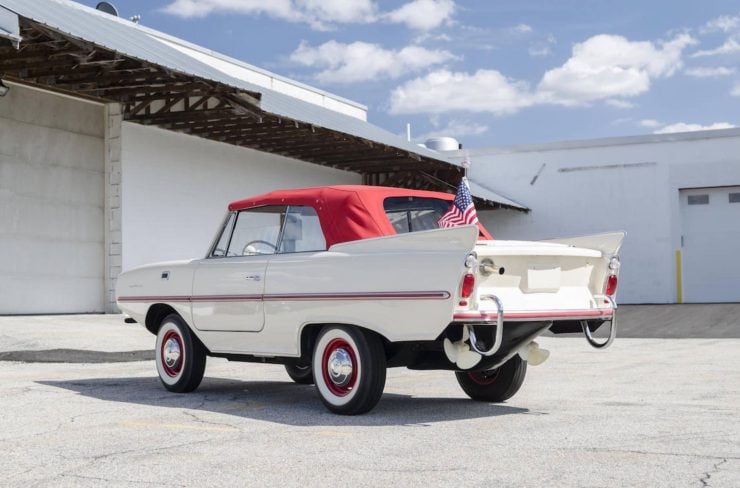 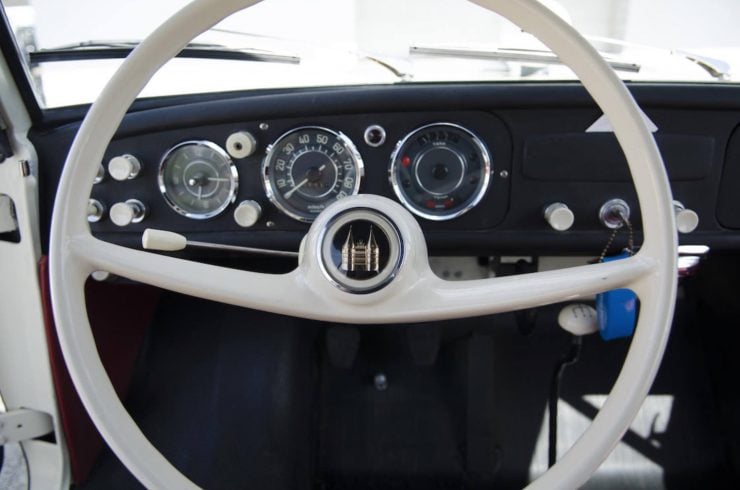 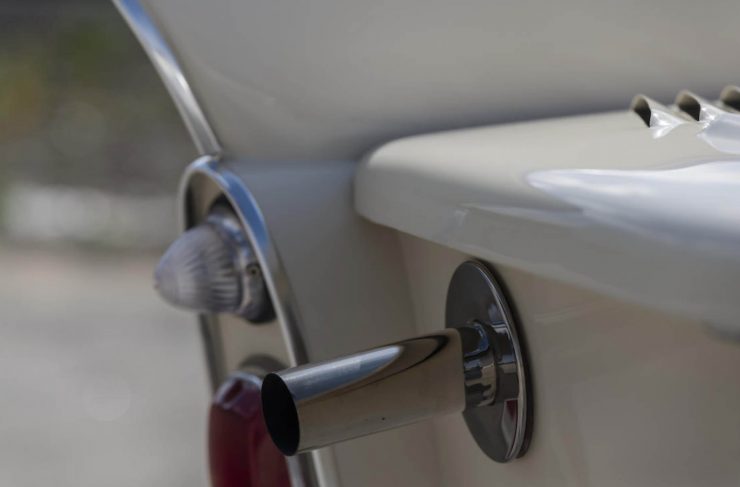 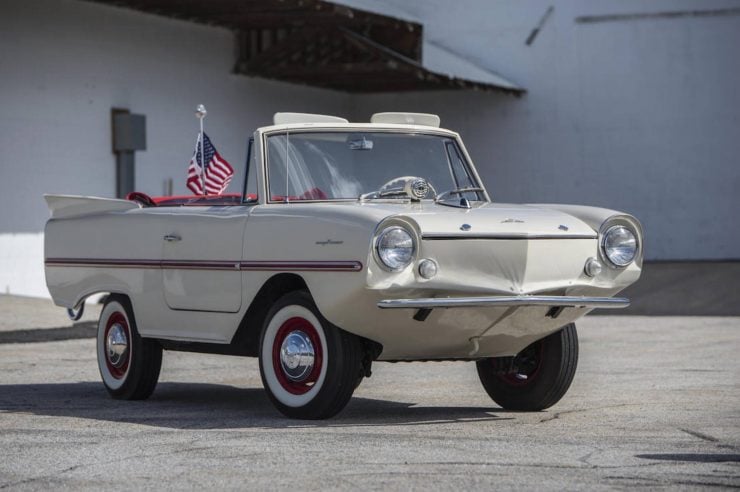 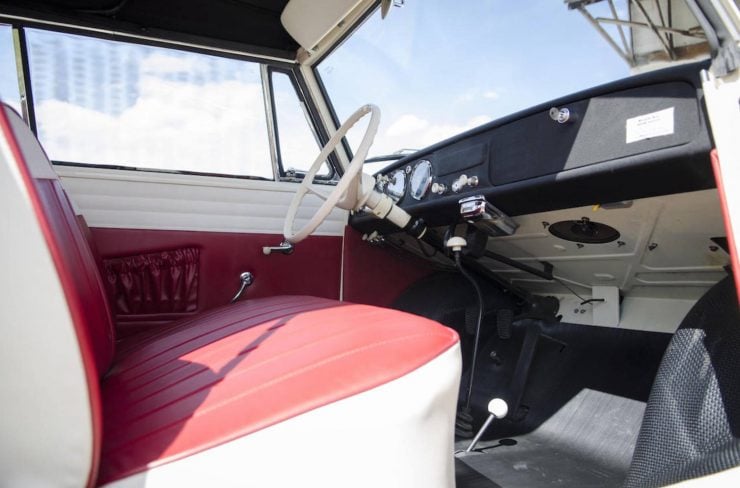 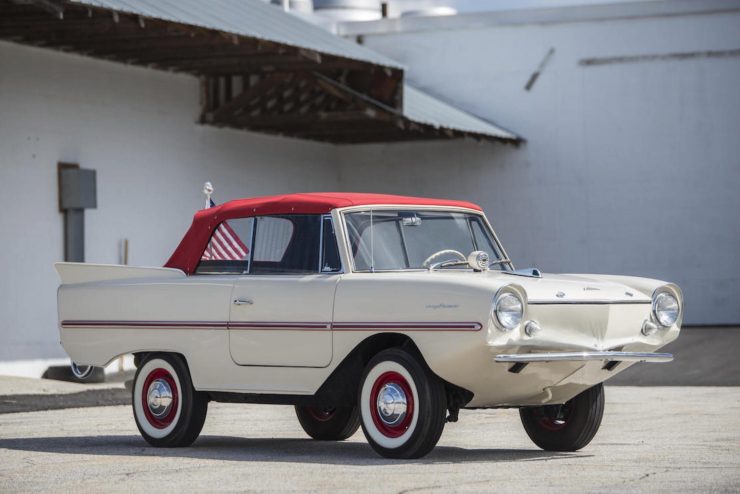 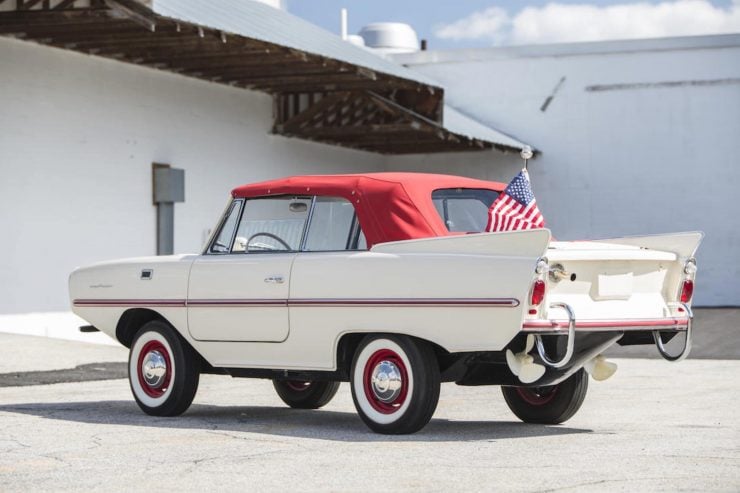 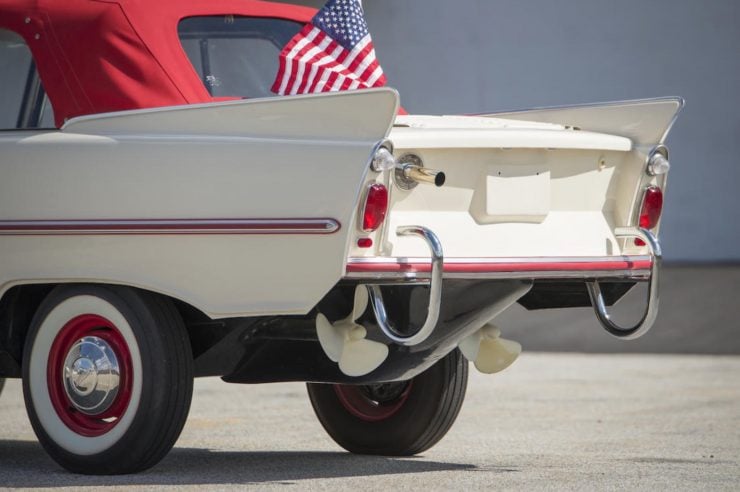 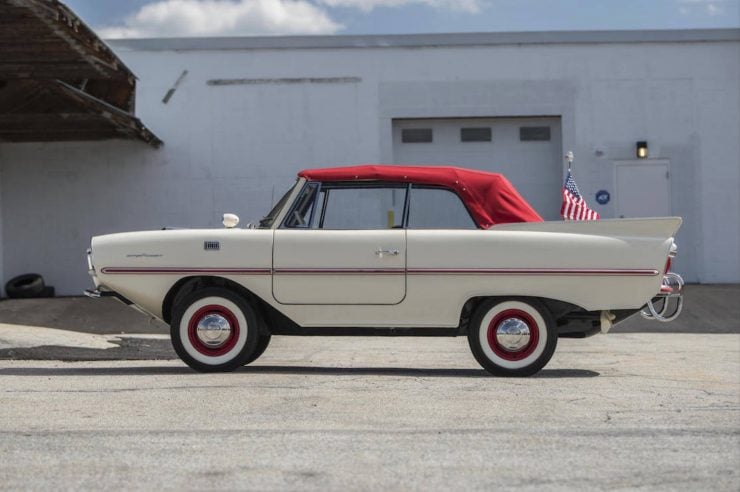 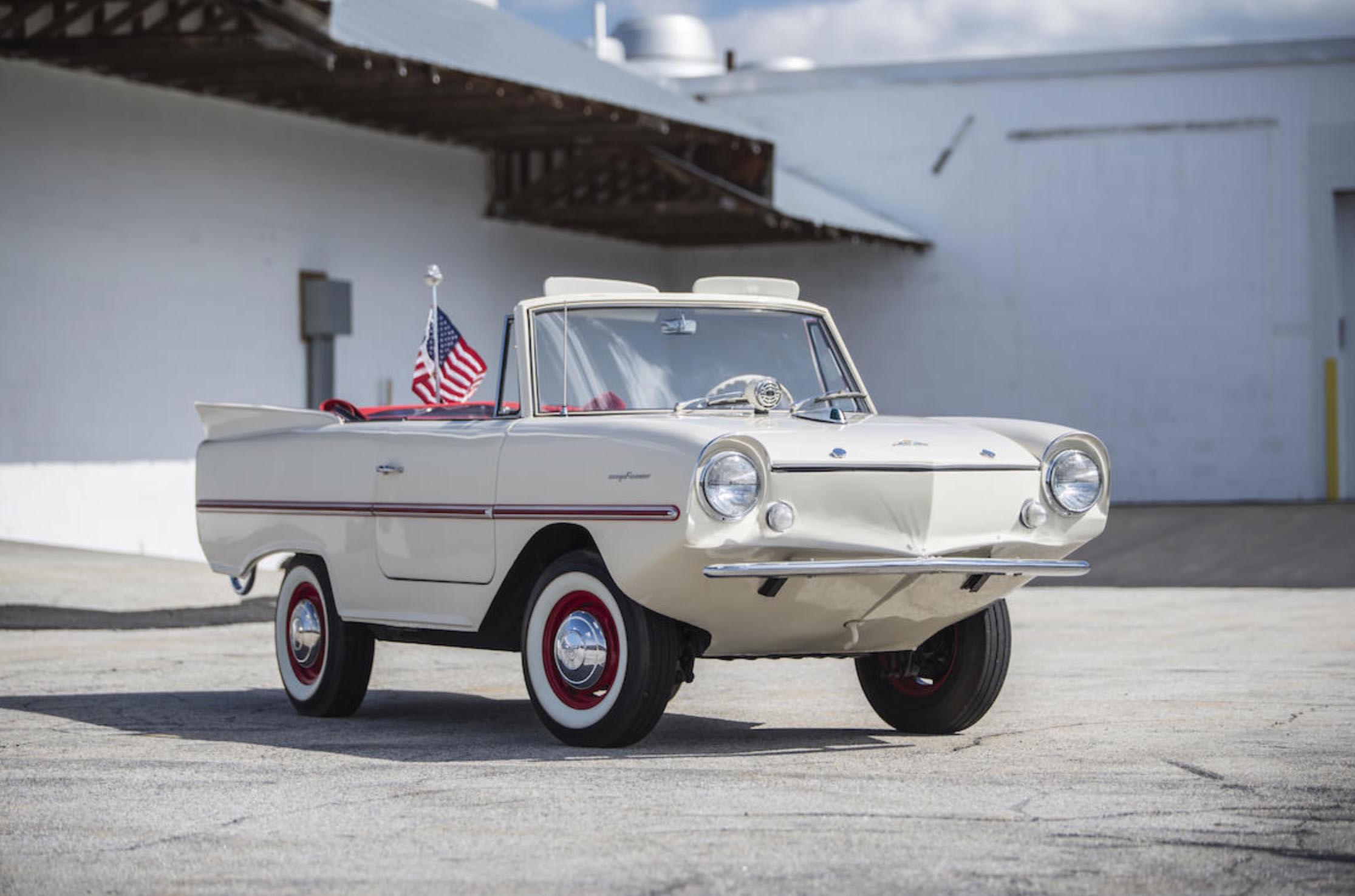