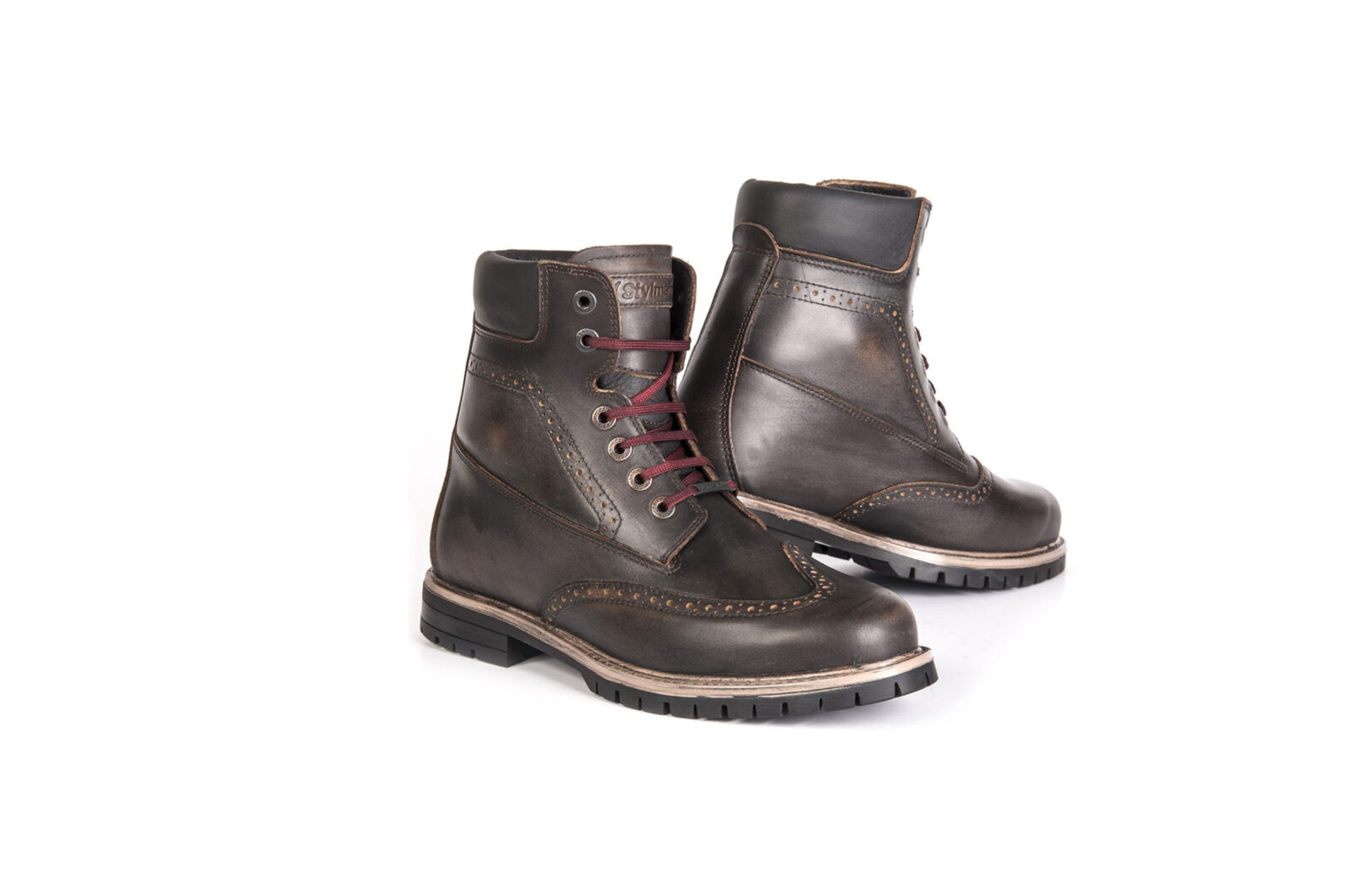 Stylmartin is an Italian company known for producing some of the best motorcycle boots in the world, usually with a distinctively retro flair. The company is based 50 kilometers from Venice in the town of Montebelluna, in the foothills of the Italian Alps.

The boots made by Stylmartin are designed to look a lot like regular streetwear, but incorporate armor and other safety features to make them suitable for use in the saddle.

The Wave Boots are part of Stylmartin’s Cafe Racer Collection, they have a full grain leather outer layer with a waterproof and breathable membrane, and polyurethane ankle protection on both sides of the foot.

The sole is oil resistant, anti-slip rubber, and the boot has an antibacterial, anatomic footbed. Unusually for a motorcycle boot the Wave has brogue detailing, across the toe the brogue toe cap has been brought up and over a little to provide protection from wear caused by the motorcycle foot shifter. Both sides have this feature as many pre-1970 bikes have the shifter over on the righthand side.

Each pair of Wave Boots ship out with both red and brown laces, they can be ordered in sizes from EUR 39 to 47. 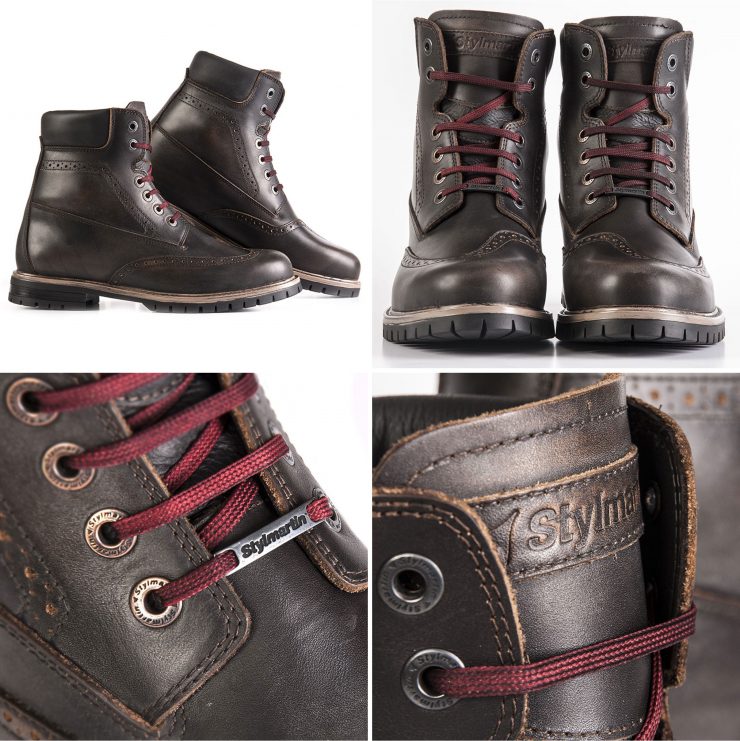 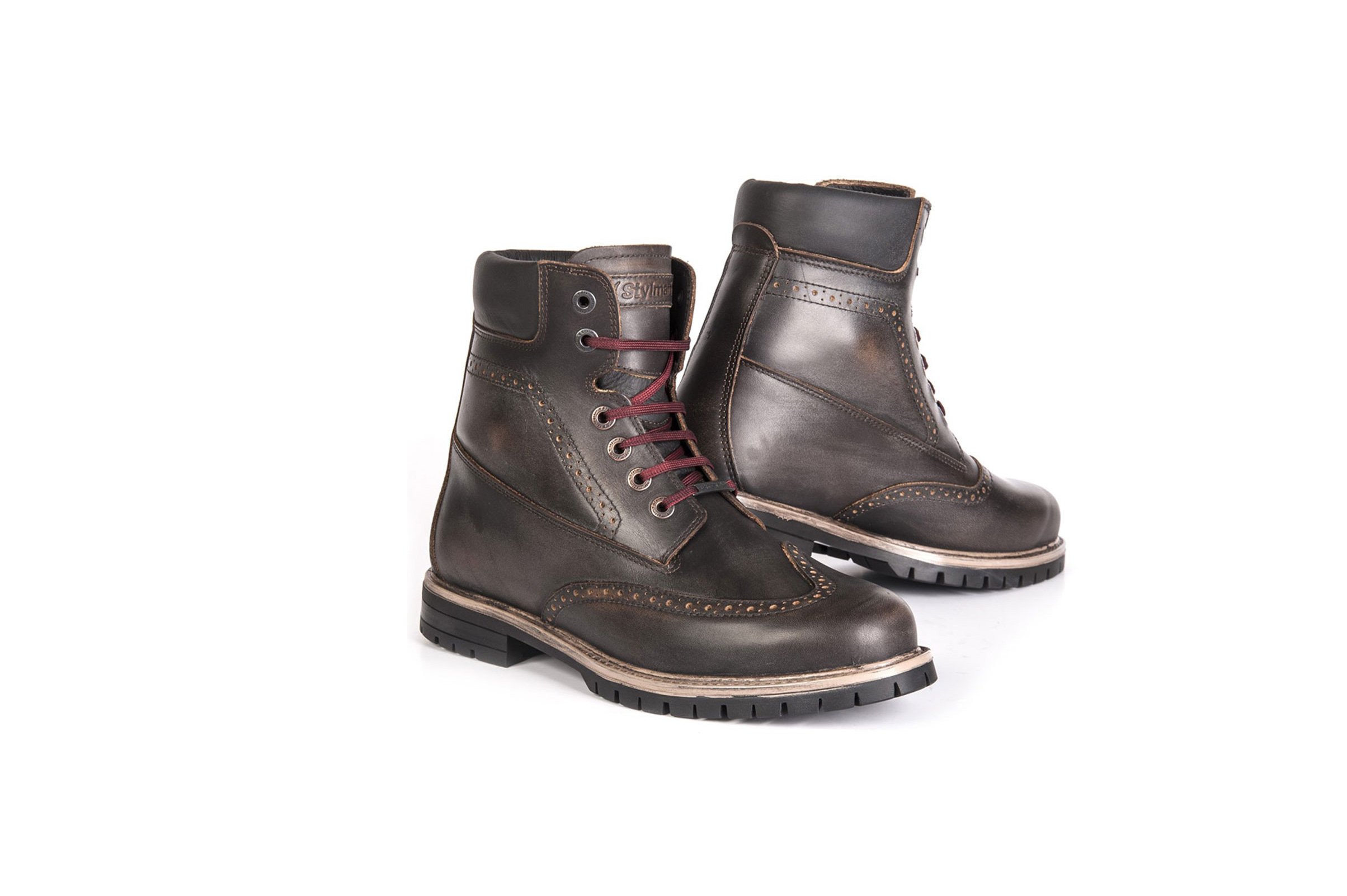