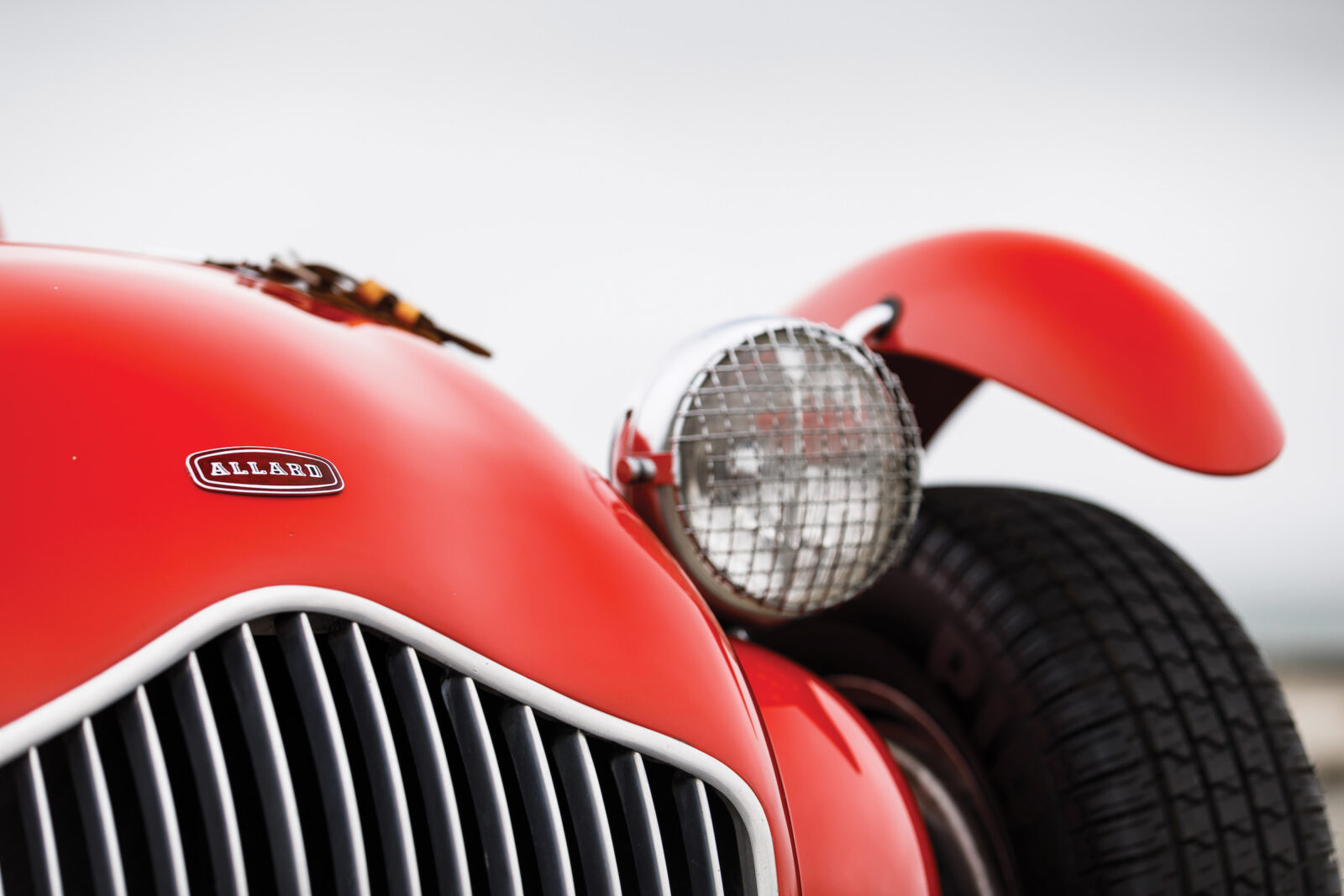 Although the cars built by Allard aren’t particularly famous outside of classic car circles, the influence they had on the future of sports car design, particularly the Chevrolet Corvette, Shelby Cobra, and Sunbeam Tiger, are undeniable.

The Allard J2 and J2X were the most successful competition cars built by the humble London-based factory, from 313 starts in major races the Allard J2 took 40 wins, 32 second places, and 30 third places – a remarkable feat given the small size of the Allard operation. 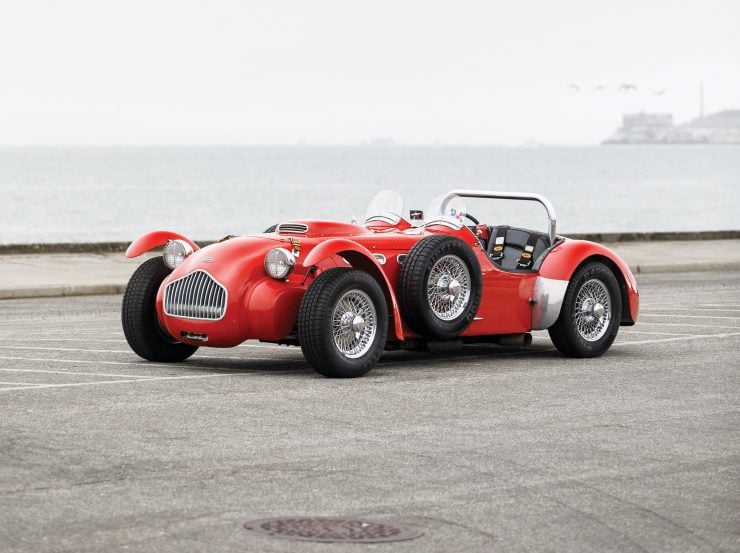 The Allard Motor Company Limited was founded in 1945 by Sydney Allard, the company would build just under 2,000 cars before folding in 1958. Almost all of these cars would follow the same basic recipe – a large American V8 fitted to a very lightweight British chassis and body, giving a power-to-weight ratio on par (or greater) than the best sports cars of the day.

Sydney Allard personally drove an Allard J2 to a third place overall at the 24 Hours of Le Mans in 1950 (partnered with Tom Cole), the two men returned a year later for the event but suffered a mechanical failure despite running strongly earlier in the race.

In 1952 Sydney would once again drive in a major international race – the Monte Carlo Rally. Sydney co-drove with Guy Warburton, with navigation duties executed by Tom Lush. The men would take their Allard P1 to an outright victory at the event – the first British win in 21 years, and they returned home heroes (newsreel clip below). 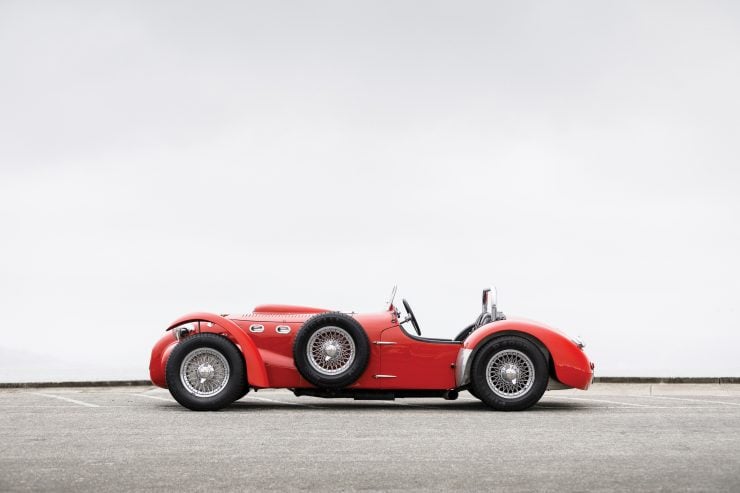 In the early 1950s both Carroll Shelby and Zora Arkus-Duntov would drive for Allard, with Zora piloting a J2 at the 24 Hours of Le Mans in 1952 and 1953. Carroll’s successes racing for Allard would result in invitations for him to race for both the Aston Martin and Maserati factory teams in the mid-to-late 1950s.

Both men would later develop sports cars of their own – Arkus-Duntov was the godfather of the Corvette, and Shelby would develop the Shelby Cobra, Sunbeam Tiger, Shelby Daytona Coupe and many others. Seeing what a powerful American V8 could achieve in a lightweight car was an eye-opening experience for both men, and they would both contribute enormously to American sports car development over the subsequent decades, often in direct competition with one another. 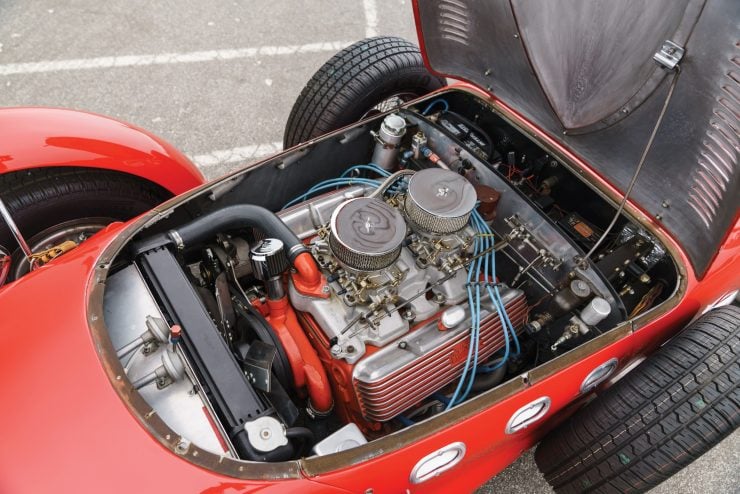 Allard used a variety of American V8s over the years, Little Red is fitted with a mighty 394 cubic inch Oldsmobile V8 (blueprinted), sending power back through a 4-speed gearbox. A refurbishment in 2006, costing $74,000 USD, was undertaken before the then-owner used it on a number of 1,000 mile rallies including the Copperstate 1000, for which it appeared on the 2007 cover.

New headers, an exhaust, and an electric cooling fan have been fitted, along with additional thermal insulation and more comfortable seat cushions, and Jaguar rear wheels to better handle the engine’s prodigious torque. 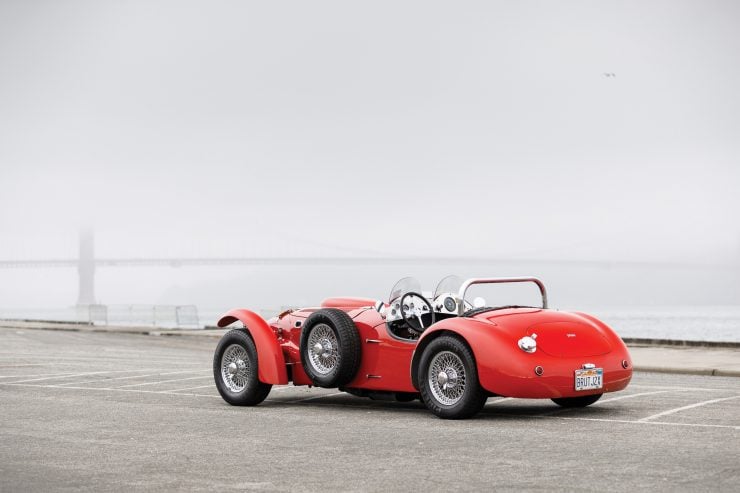 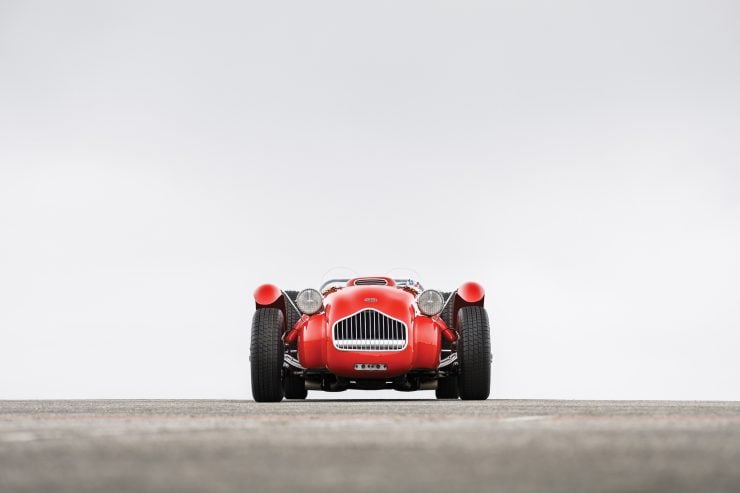 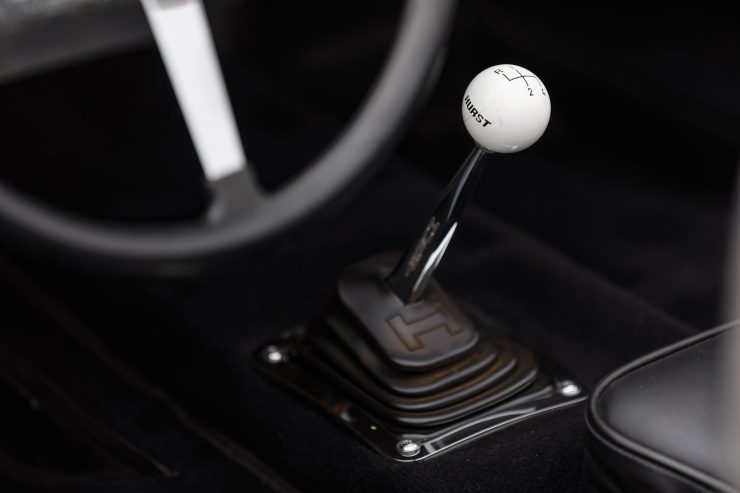 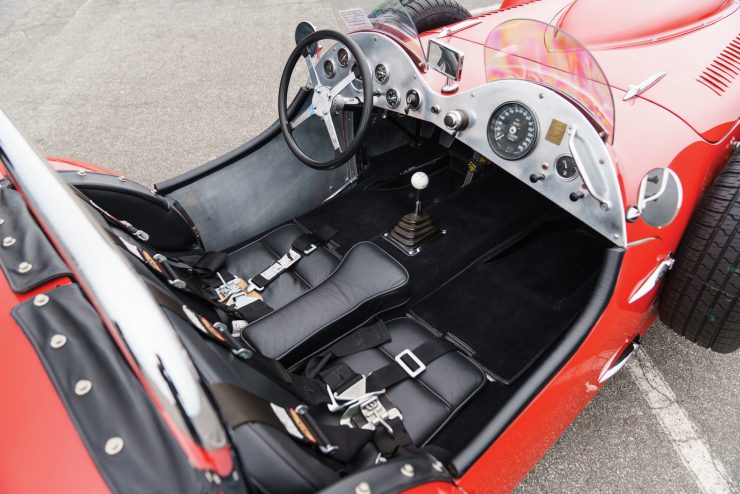 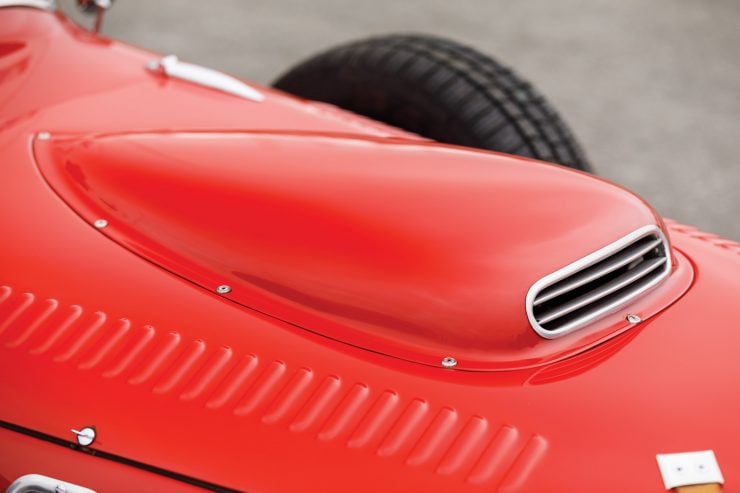 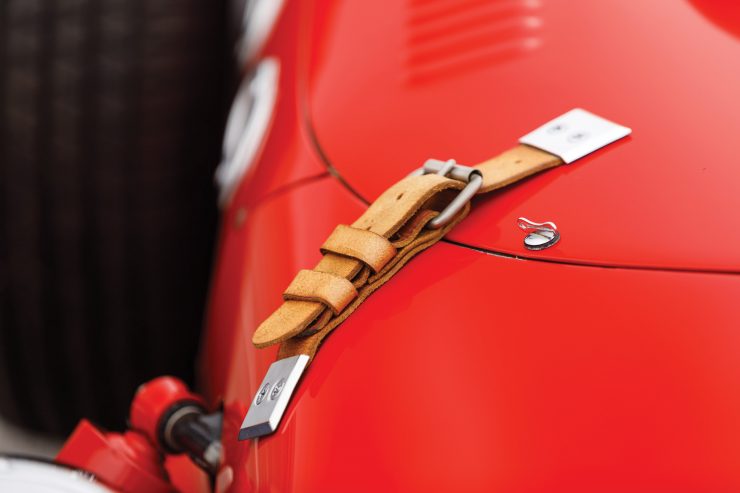 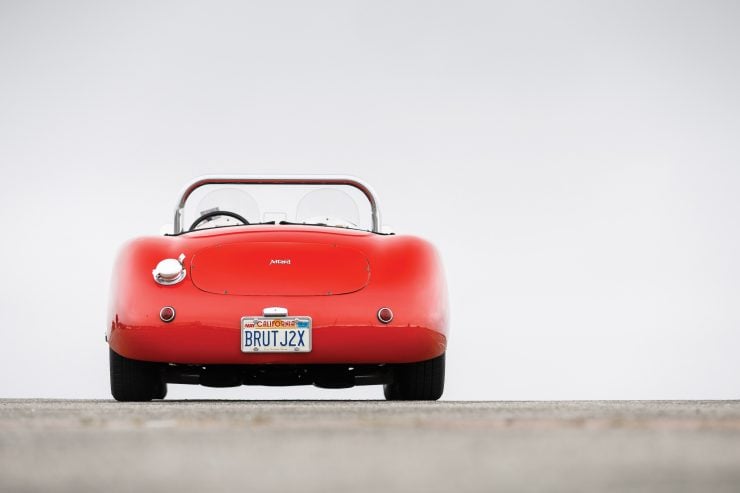 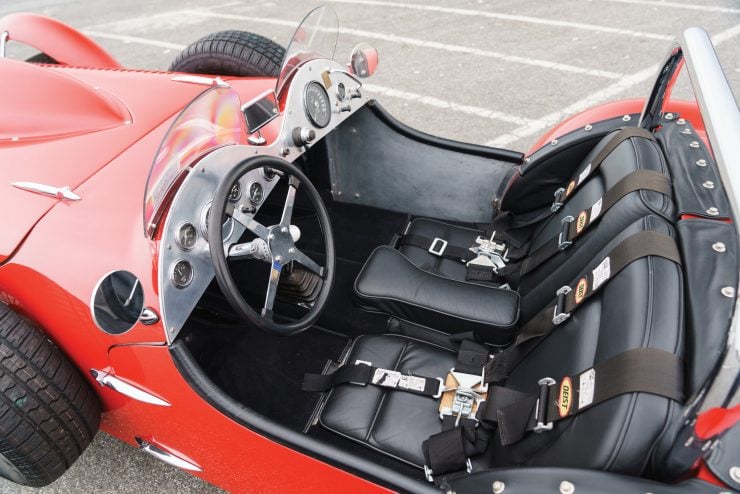 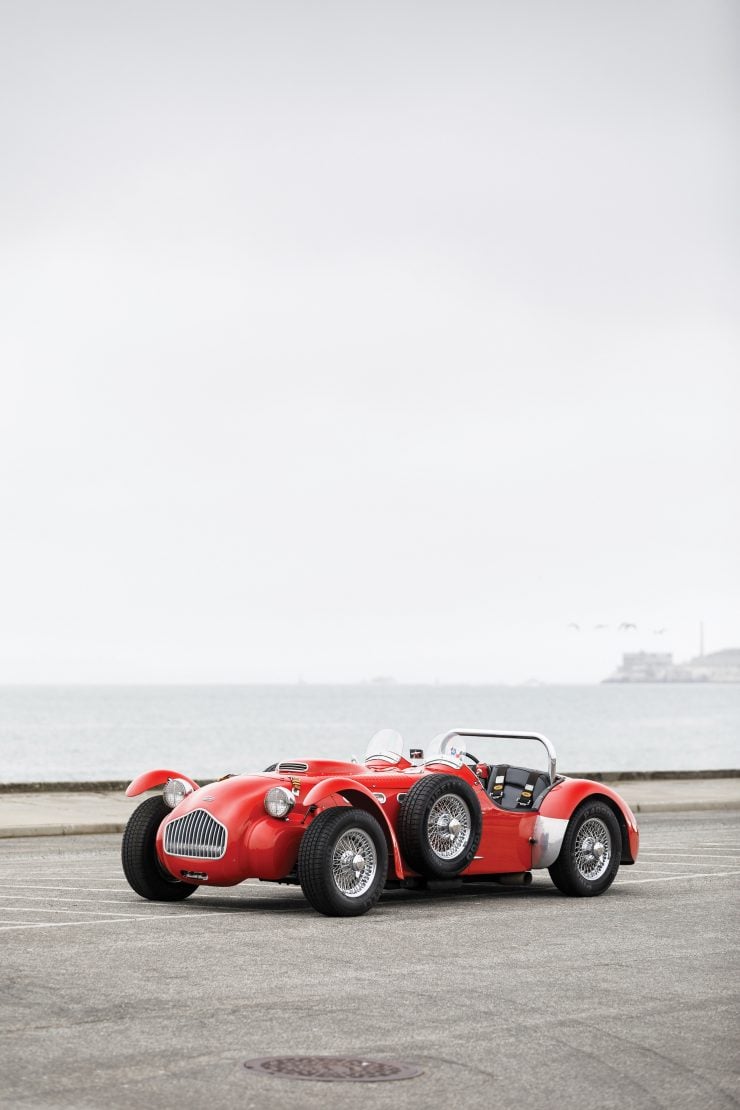 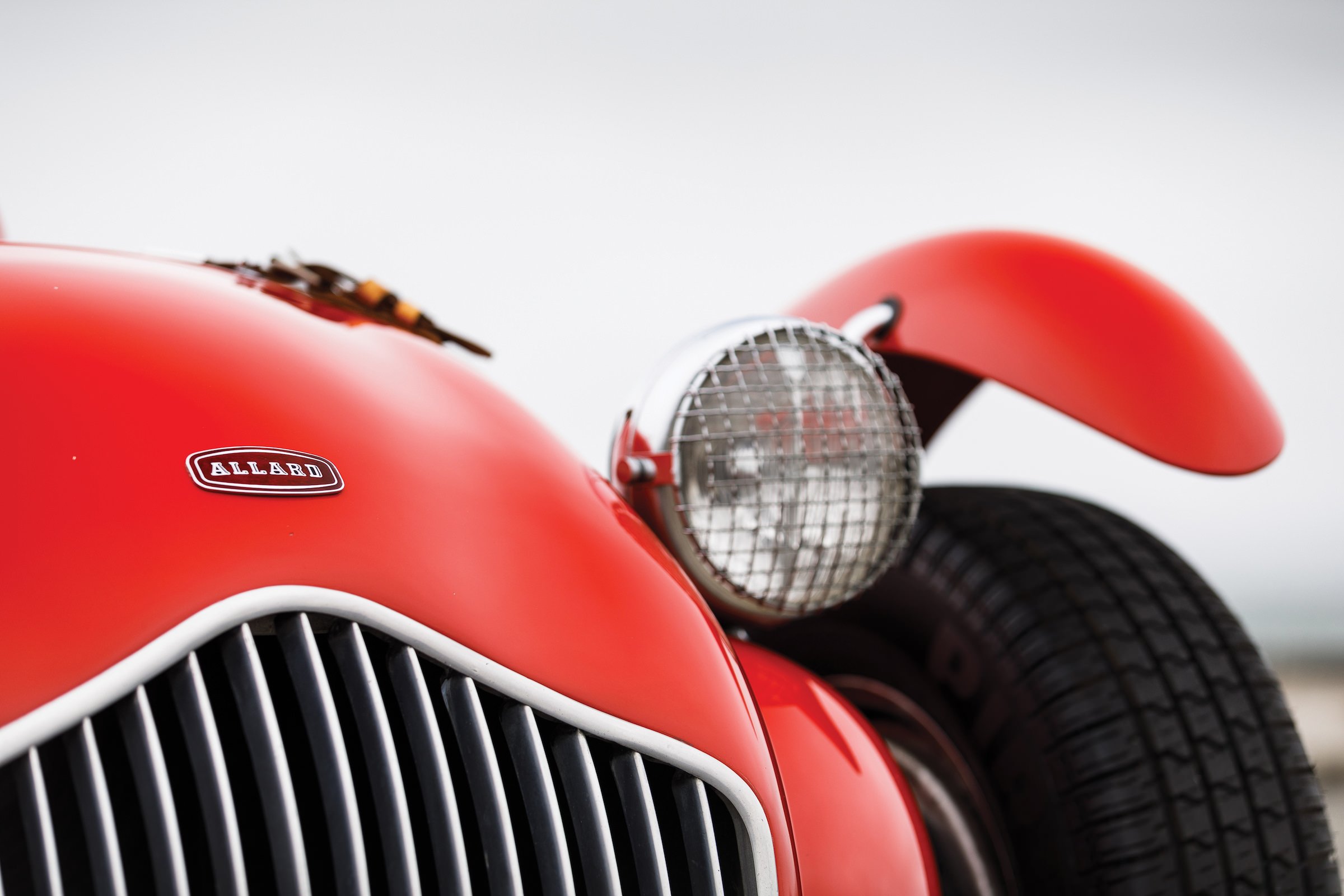 Published by Ben Branch - July 12th 2018
Related Posts
A Rare Davis Divan: “The Ultimate Car Of The Future” From 1948