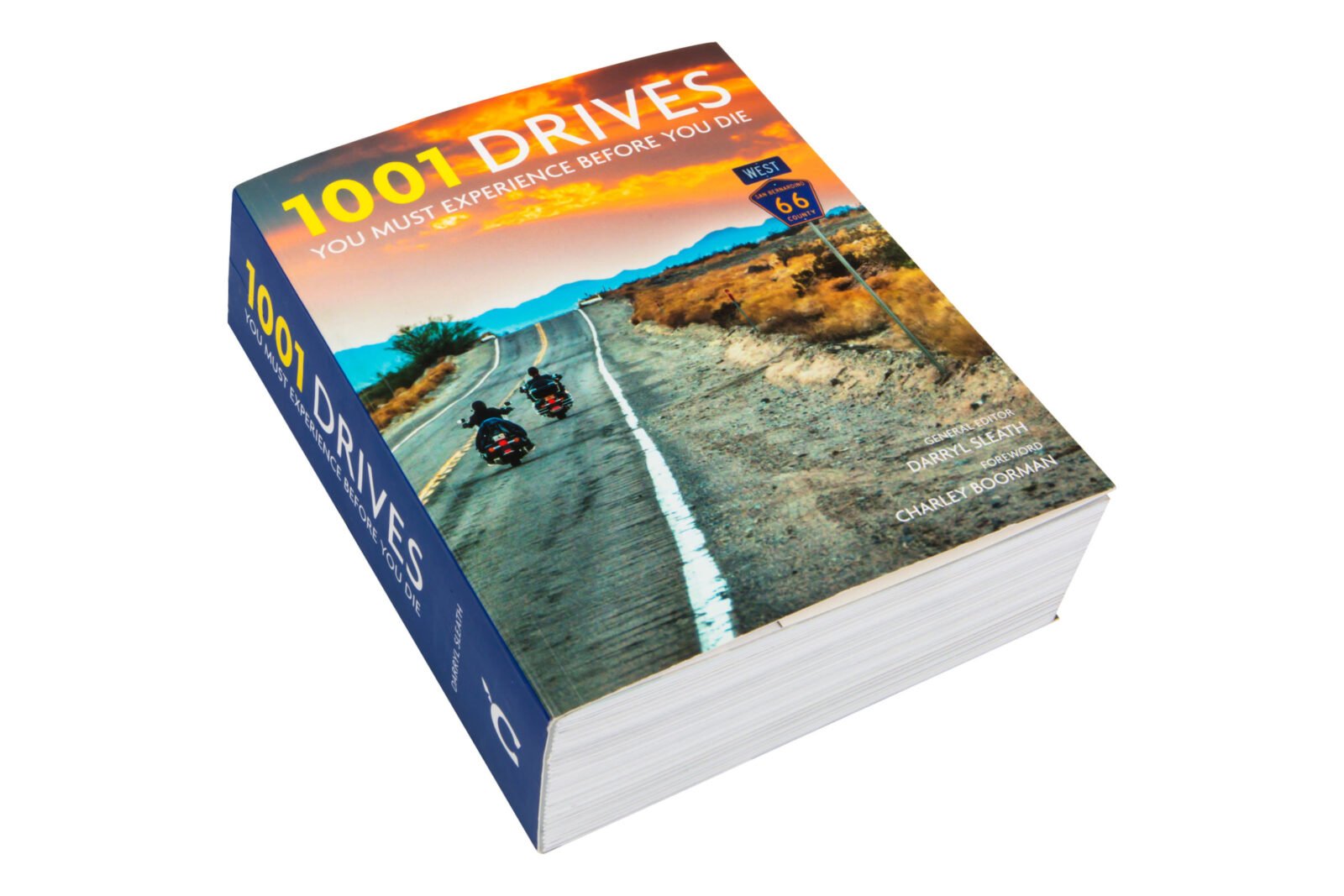 1001 Drives You Must Experience Before You Die is a voluminous 960 page book by Darryl Sleath that covers all manner of legendary road trips including Che Guevara’s route through South America and Bonnie and Clyde’s last drive.

The author Darryl Sleath may sound familiar to you as he’s the co-founder of MotorPunk, a regular contributor to a number of motoring magazines, a grassroots racing driver, and a filmmaker with work featured on the popular Carfection channel.

The book’s foreword was written by Charley Boorman, a motorcycle adventurer who needs no introduction – he was made famous by his overland journeys with Ewan McGregor but has since struck out on his own, filming a series of shows and covering no small portion of the Earth’s surface on two wheels.

1001 Drives You Must Experience Before You Die

Perhaps the most useful feature of the book is one of the most discreet – each drive includes a shortened Google URL that takes you to the drive within Google Maps, ensuring you never get lost – and allowing you to take full advantage of GPS.

The book is organized by continent, including North and South America, Europe, Africa, Asia, and Oceania. There are themed chapters (Scenic, Adventure, and Historical, and Cultural), and in the back of the book there’s an index that lists the drives by total distance in ascending order.

As far as adventure guides go the book is comprehensive, and it makes a great conversational coffee table book (in-between drives of course), people love to look through it and delight in finding roads and highways that they’ve driven themselves.

Each of the 1001 drives includes beautiful imagery and a detailed description, the book takes you around the world beginning with the Denali Highway in Alaska and ending on Milford Road in New Zealand. Between those two drives lie 999 others, taking you to every possible corner of the world. 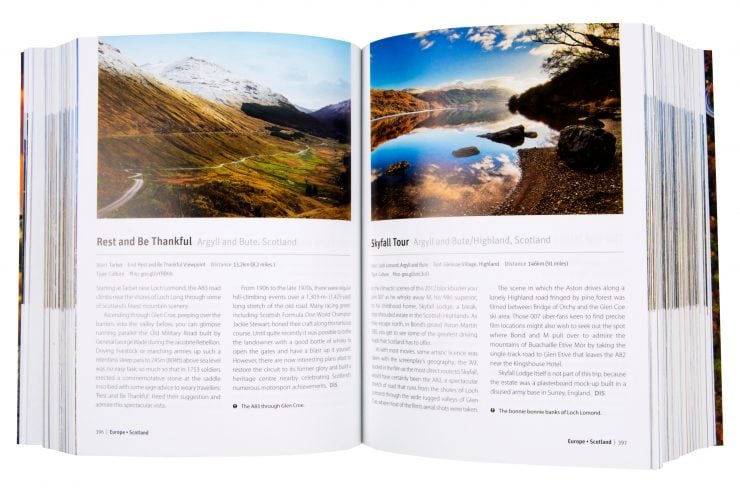 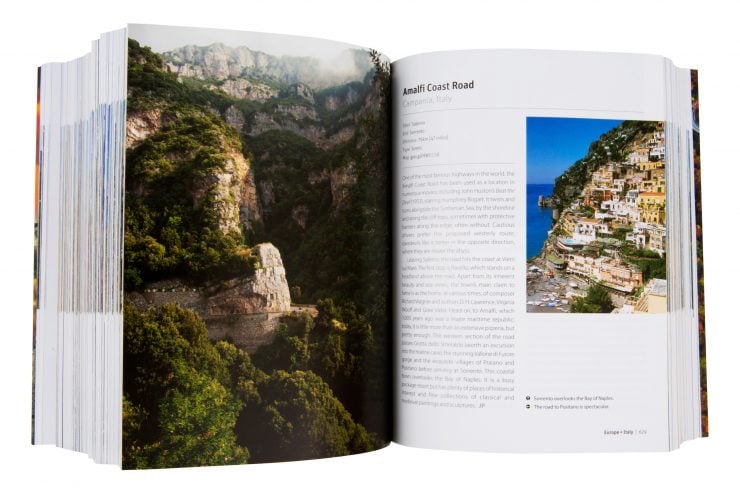 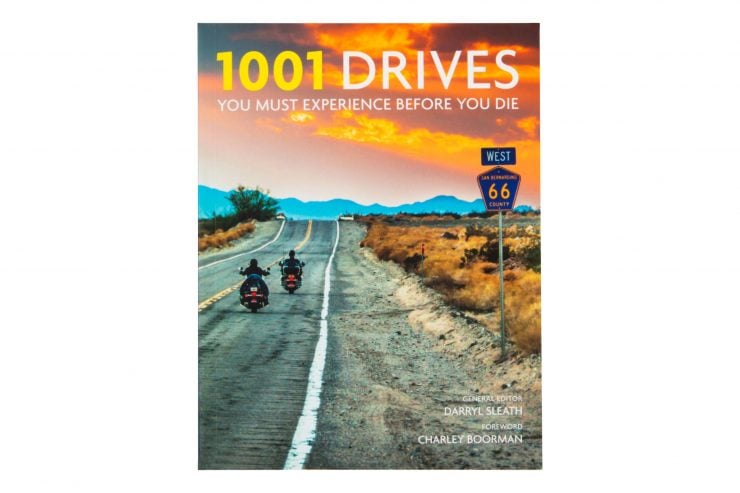 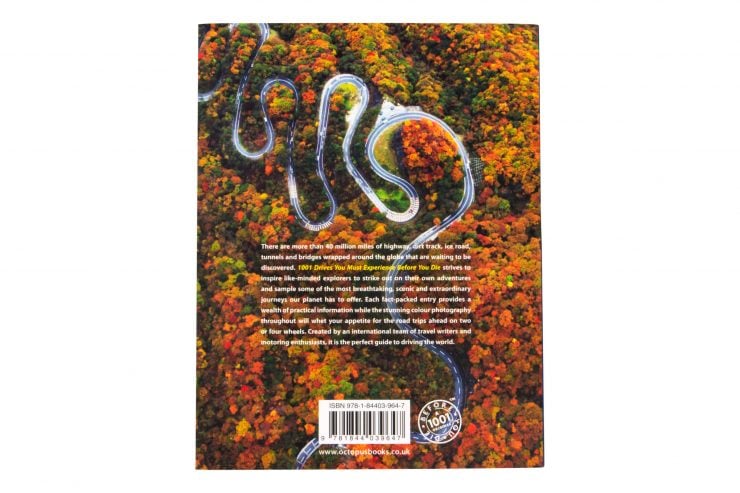 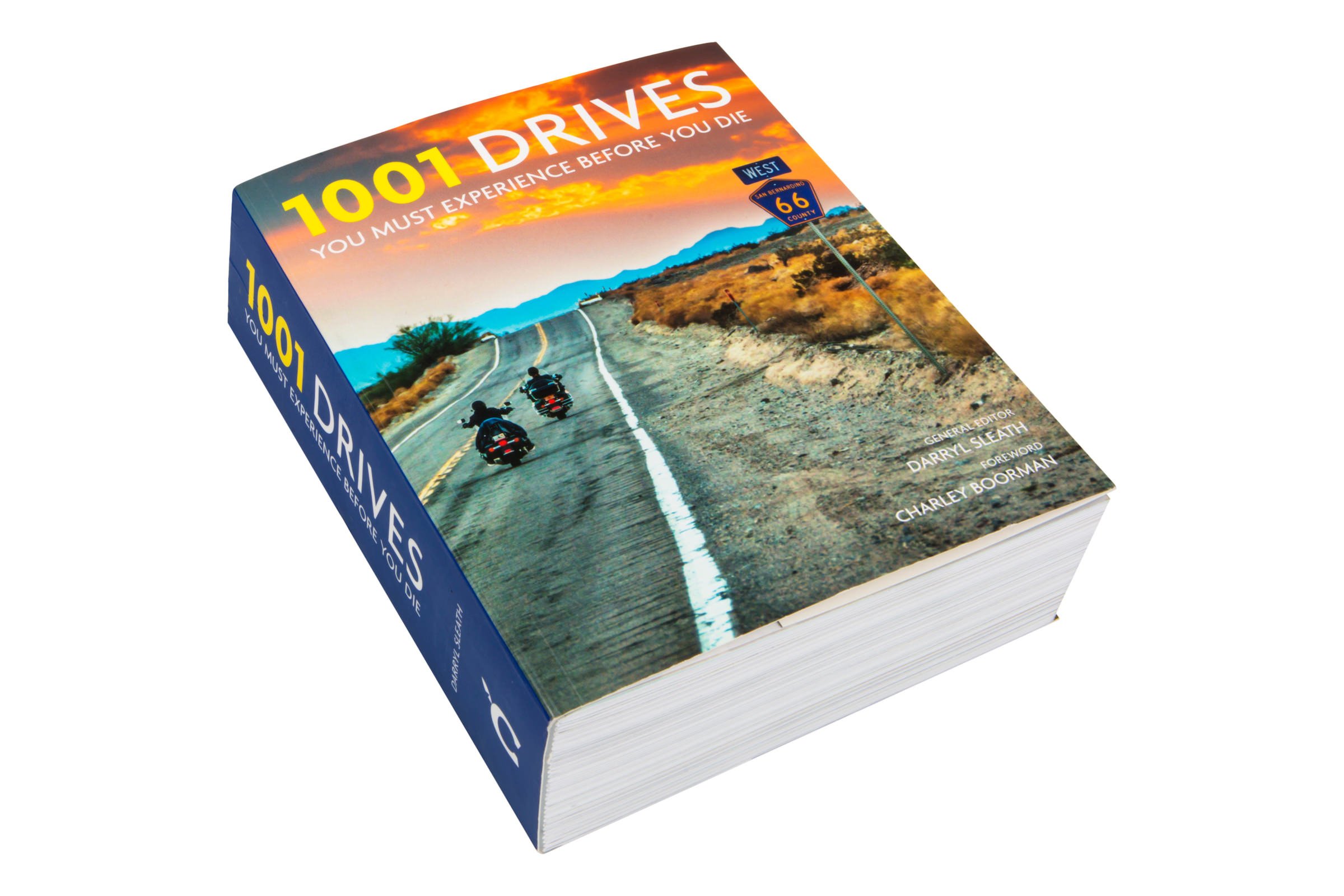