This film shows the first Corvettes being built in 1953, just 300 were painstakingly made by hand that year as Chevrolet ramped up for larger production figures in 1954. All 1953 Corvettes were Polo White with a red interior, they were fitted with a 235 cu. in. (3.9 litre) Blue Flame inline six cylinder engine, and a two-speed Powerglide automatic transmission.

Chevrolet had originally designed the Corvette as a show car for the 1953 General Motors Motorama at the Waldorf-Astoria Hotel in New York City. The demand from the public for a production model was so overwhelming that the car was put into limited production for 1953 and it would remain in production every year since.

Unusually for the era, the Corvette was largely made from fibreglass, with a steel chassis. Fibreglass was still a relatively new material in the early 1950s and its plethora of uses was only just beginning to be discovered.

This 22 minute silent film shows the production process of the body from start to finish, beginning with the gel coat going into the moulds, followed by the laborious process of laying in the fibreglass cloth and applying the resin. The total lack of gloves, respirators, or safety gear is remarkable to see and it’s certainly not something you’d encounter nowadays. 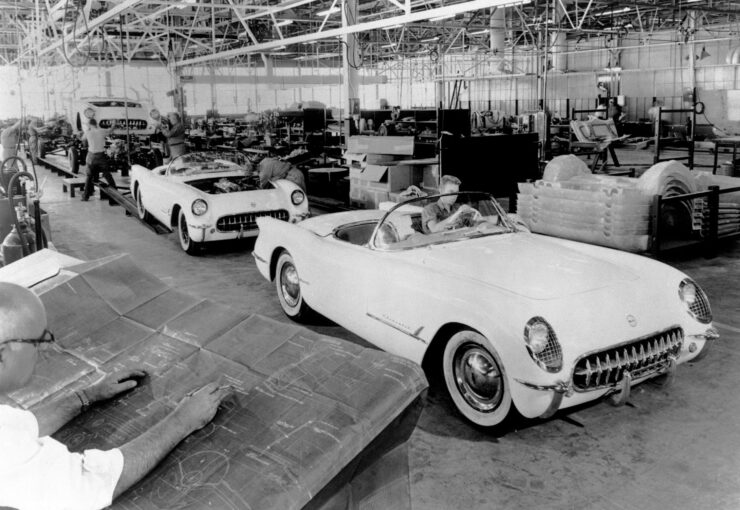 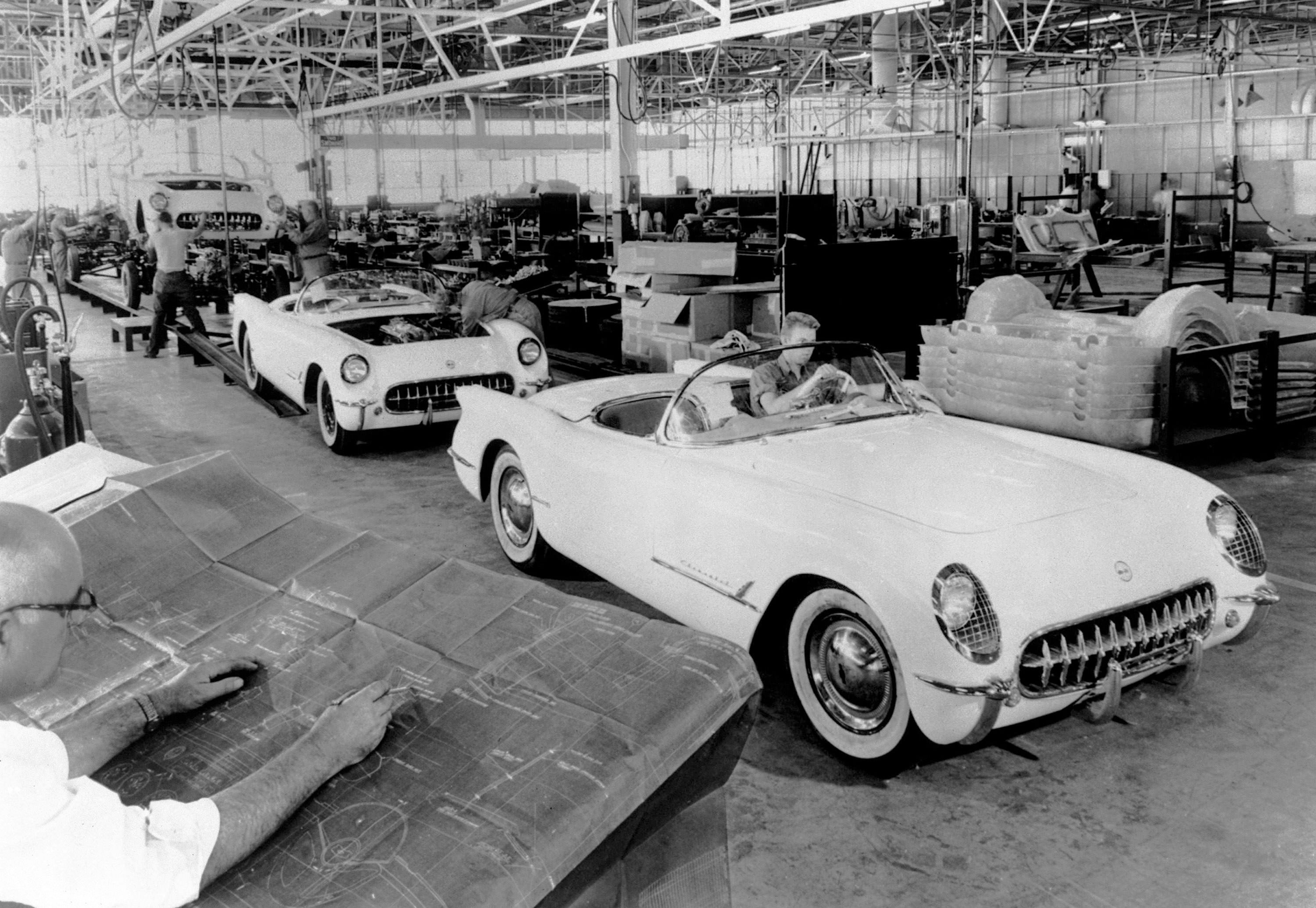