The Alfaro Skateguitar – An Electric Guitar Made From Skateboard Decks 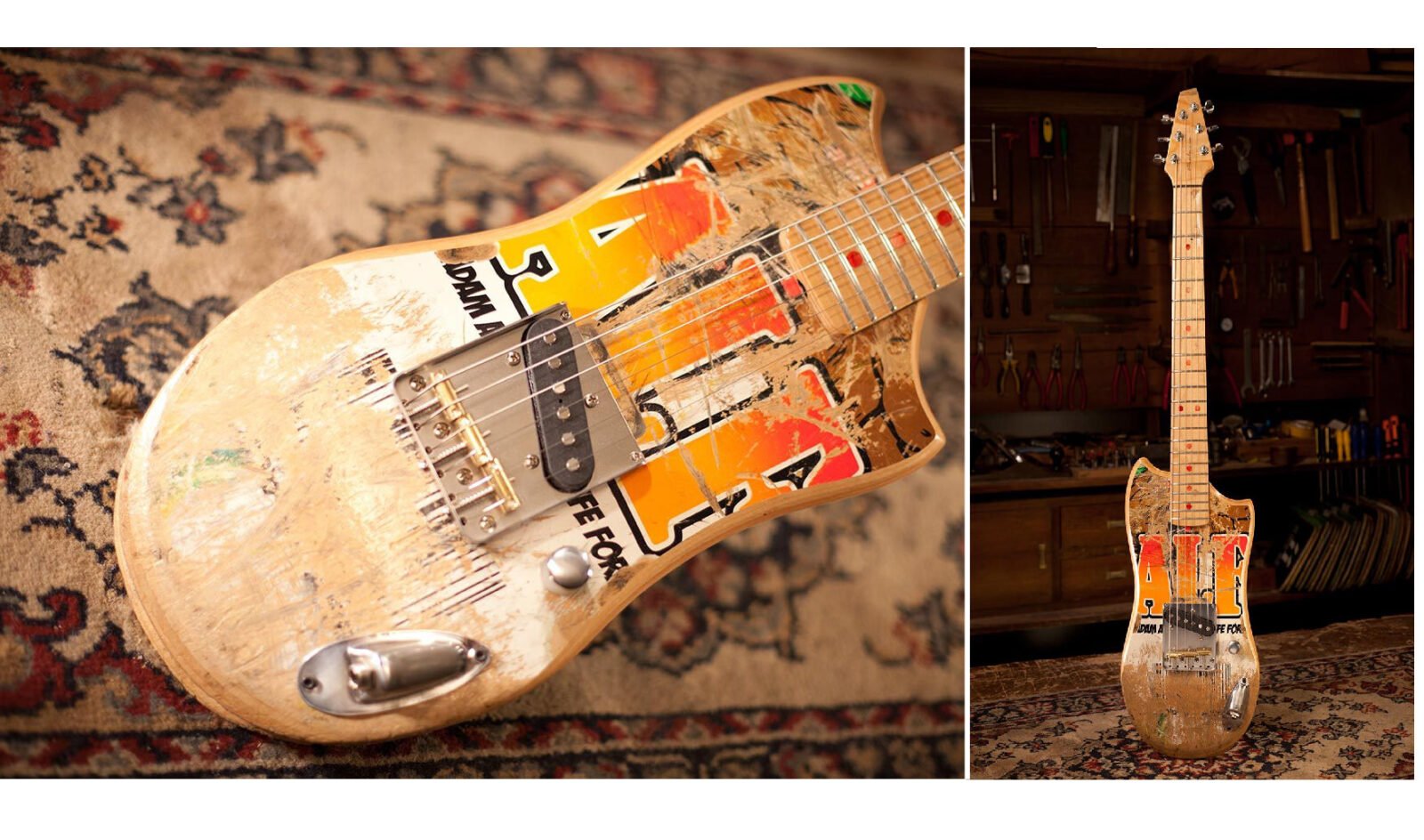 Each of these fantastic Skateguitars are made by Ezequiel Galasso and pro-skateboarder Gianfranco de Gennaro Gilmour from two used skateboard decks.

One deck is essentially cut in half to provide two bodies, and another is jigsaw cut to prove two necks (with heads). The pre-existing curves of the skateboard decks are clearly visible in the finished guitars, providing a downward curvature to the end of the body and to the head.

Far from being just display pieces, these guitars are fully-functioning and some have even been used on stage at concerts.

The Alfaro Skateguitar is made from one of professional skateboarder Adam Alfaro’s Black Label decks, it’s fitted with a 24 3/4” scale bolt-on neck (with a two-way truss rod), a 12” radius fretboard with 22 medium Dunlop frets, 3+3 Gotoh tuners and a Fender Telecaster style bridge with string through body configuration, there’s a Alpha volume pot , a Switchcraft jack, and a DS Skate Guitar Custom Telecaster style pickup.

Each one of these skateboard guitars is entirely unique and one of a kind, thanks in part to the fact their made from used decks with all of their patina on full display. 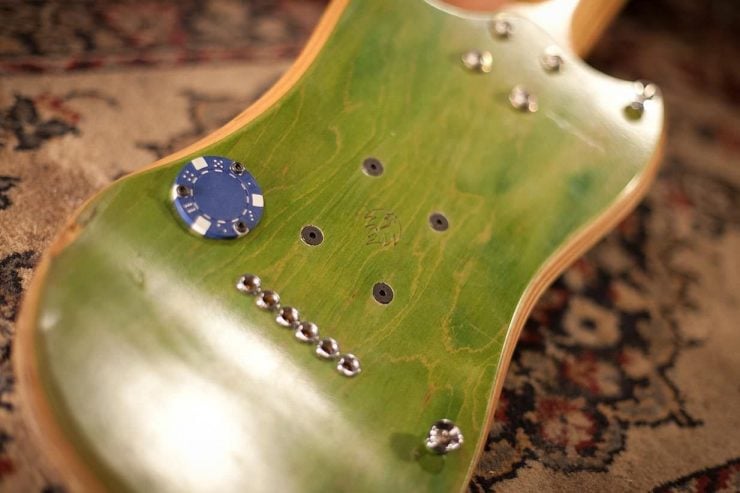 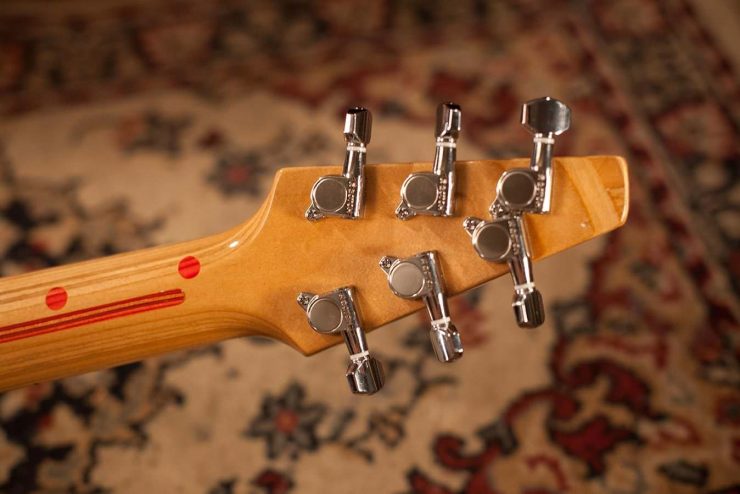 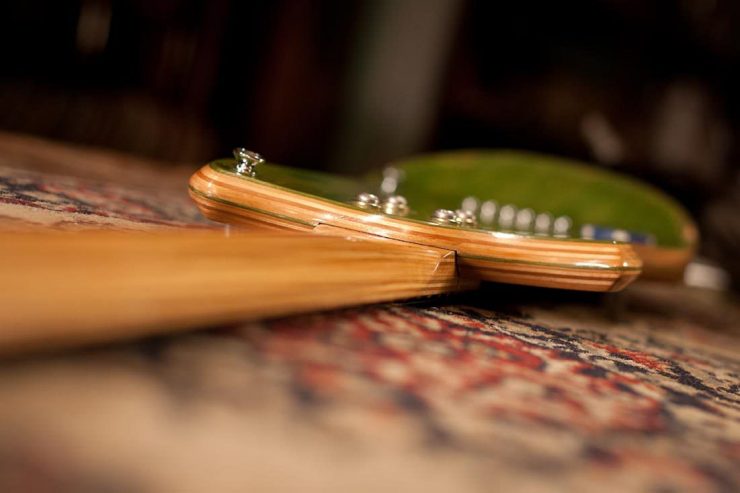 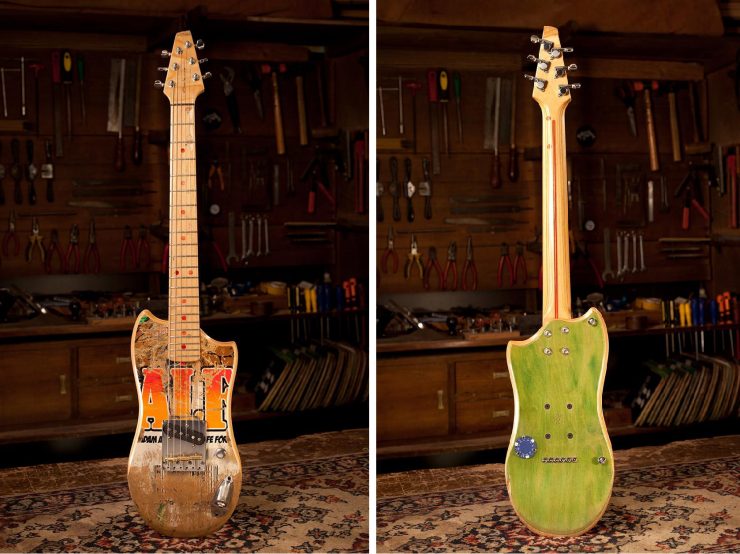 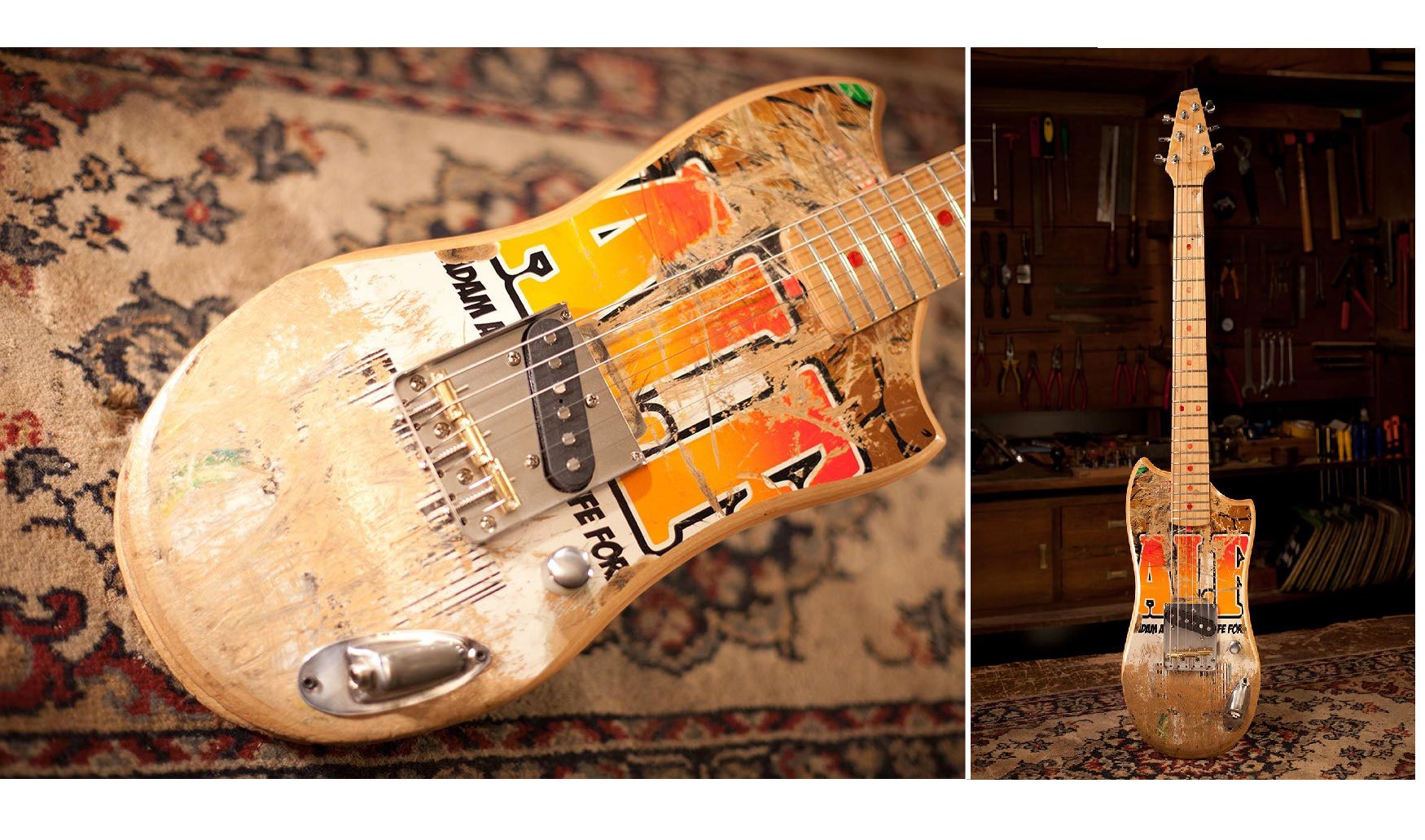